It’s a New Year and there’s a new episode of WWE Friday Night Smackdown on Fox as well. Last week’s Christmas show did the highest TV audience of the year and I thought it was the best Smackdown episode of 2020 as well.

Here is what WWE has on their website in terms of segments and matches with my quick thoughts on them. 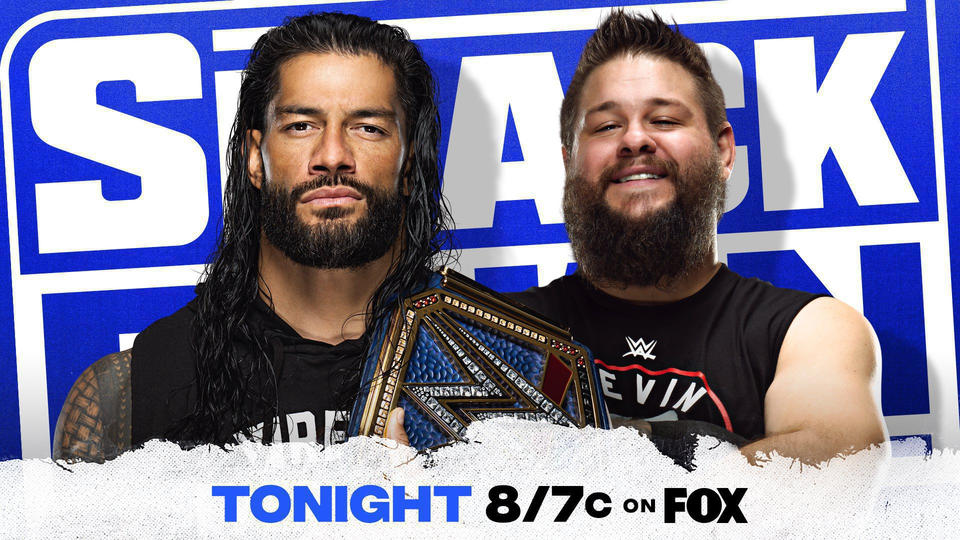 Here’s what they have on WWE.com for this segment.

After Roman Reigns retained his Universal Championship by defeating Kevin Owens last week in a brutal Steel Cage Match, sources have now informed WWE.com that The “Head of the Table” has made a special request of WWE Management ahead of this week’s SmackDown. The specifics of the request have not yet been disclosed. Details to follow. Don’t miss SmackDown, Friday night at 8/7 C on FOX.

That’s pretty vague. We don’t know what the special request is going to be. I think it might be something where Reigns requests that Owens doesn’t get another title shot at Reigns because Reigns beat him twice. The case for Owens getting another Universal Title shot is that the TLC match and the Steel Cage match were tainted wins for Reigns since Jey Uso got involved in both matches. It wouldn’t shock me if WWE ended up doing Reigns vs. Owens again at Royal Rumble on January 31, but there are other options too. Anyway, I’m intrigued to see where things are going here because Reigns is doing awesome work and Owens is fantastic. 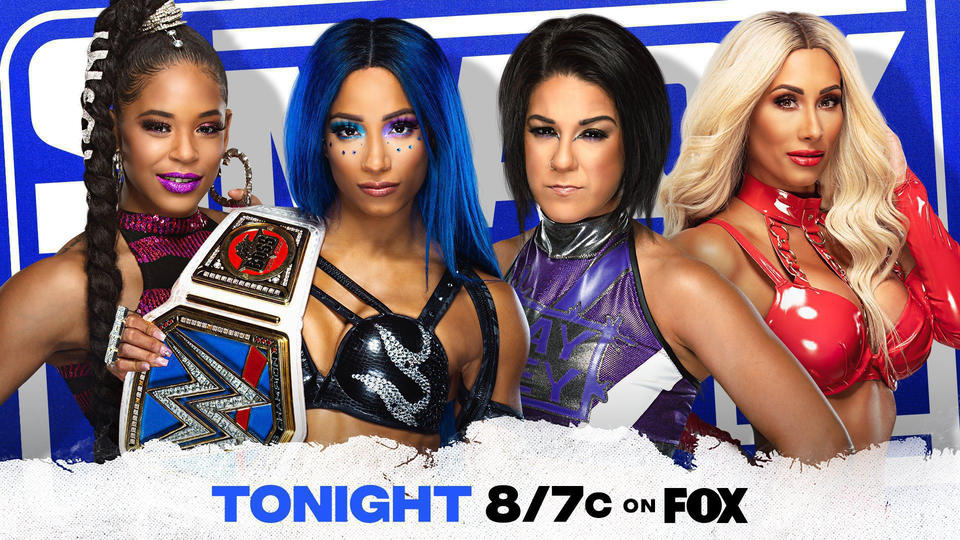 These four women were in a triple threat tag team match with Asuka and Charlotte Flair last week. After Bayley and Carmella were eliminated in that elimination tag team match, they played a part in Banks and Belair losing as well, so this is a chance at payback for the babyface team of Banks and Belair. I think it’s a good thing for Bianca Belair to be involved with the other three women that are former champions and Banks as the current champions. It’s a way to show that Belair belongs on the same level as them. Prediction: I’d like to see Belair beat Carmella in this match.

Here’s how WWE.com is promoting this match:

One week after winning the illustrious workhorse title from Sami Zayn in an explosive Lumberjack Match, the triumphant Big E will battle King Corbin in non-title action.

Considering King Corbin’s propensity for doing anything to win, and the certainty that his loyal The Knights Of The Lone Wolf will be at ringside to tip the scales in his favor, is the new titleholder Big E destined to celebrate the New Year (and his new title reign) with a loss? Don’t miss Friday Night SmackDown at 8/7 C on FOX.

The typical booking in WWE for this situation is for the champion to lose a non-title match to set up a title match. I really hope that doesn’t happen here. Big E has been booked strongly in the last six months or so, he hasn’t lost very much at all and I hope the winning ways continue. I just worry that Corbin is going to win thanks to a distraction from his “Knights of the Lone Wolf” at ringside, which would make me groan because I want Big E’s positive momentum to continue. Prediction: Big E should win.

The last note regarding this week’s show is that WWE aired a commercial over the last week promoting that Seth Rollins would be back on Smackdown. Rollins has been away from WWE TV for over a month since he was given a break while his fiancee Becky Lynch gave birth to their daughter Roux earlier in December. Rollins was promoted in a commercial to be back here, but now WWE isn’t promoting it, so they are likely to hold off on Seth’s return.

I’ll have a Smackdown review up as usual after the show. I don’t think it will be live this week. It will probably be later tonight or maybe early tomorrow morning.