It’s a rare Monday where WWE is actually advertising four things that I’m able to write about in a preview. That doesn’t happen often. Here’s what WWE has advertised for WWE Raw tonight with my thoughts on each item. 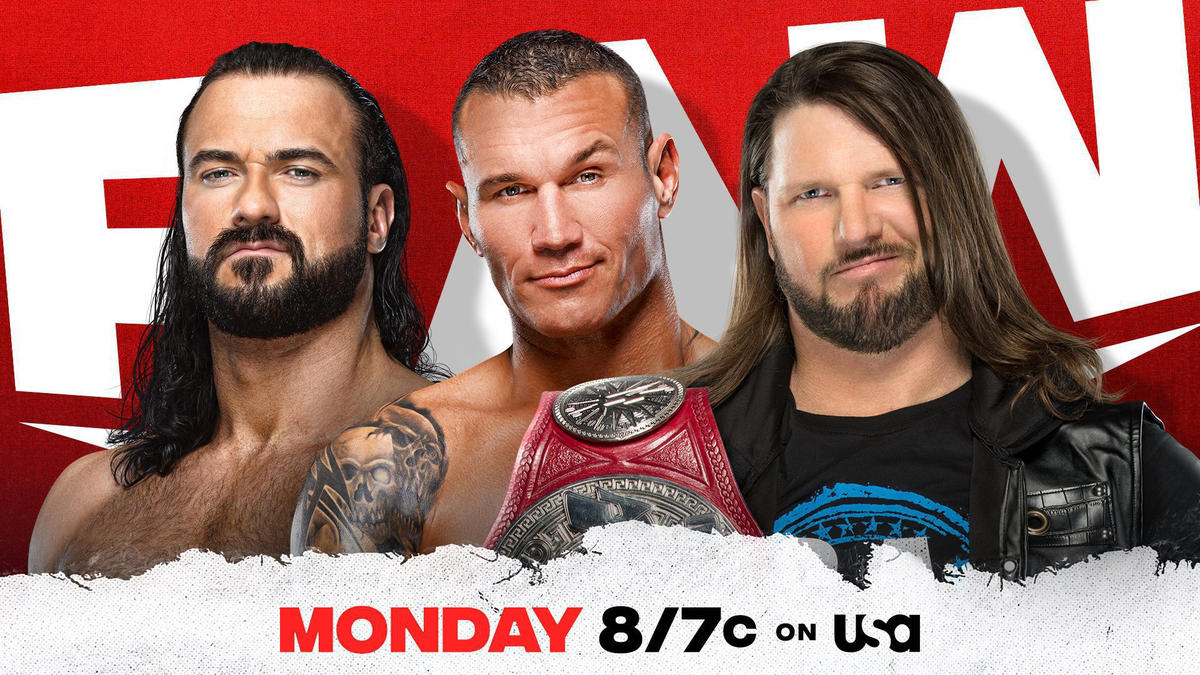 TJR Thoughts: I think Orton or McIntyre will win. Styles is probably going to be defending the Raw Tag Team Titles with Omos against The Viking Raiders at Money in the Bank, so I expect AJ to take the pin here. I feel like Orton should win so that he’s in the match with his buddy Riddle, which could lead to some interesting interactions between them. Riddle could end up winning Money in the Bank as well. If McIntyre wins then that’s fine I guess, but I think if he’s in Money in the Bank then he’ll lose by cheap attack or something like that. Anyway, I’m going with Orton, but it’s hardly a lock. 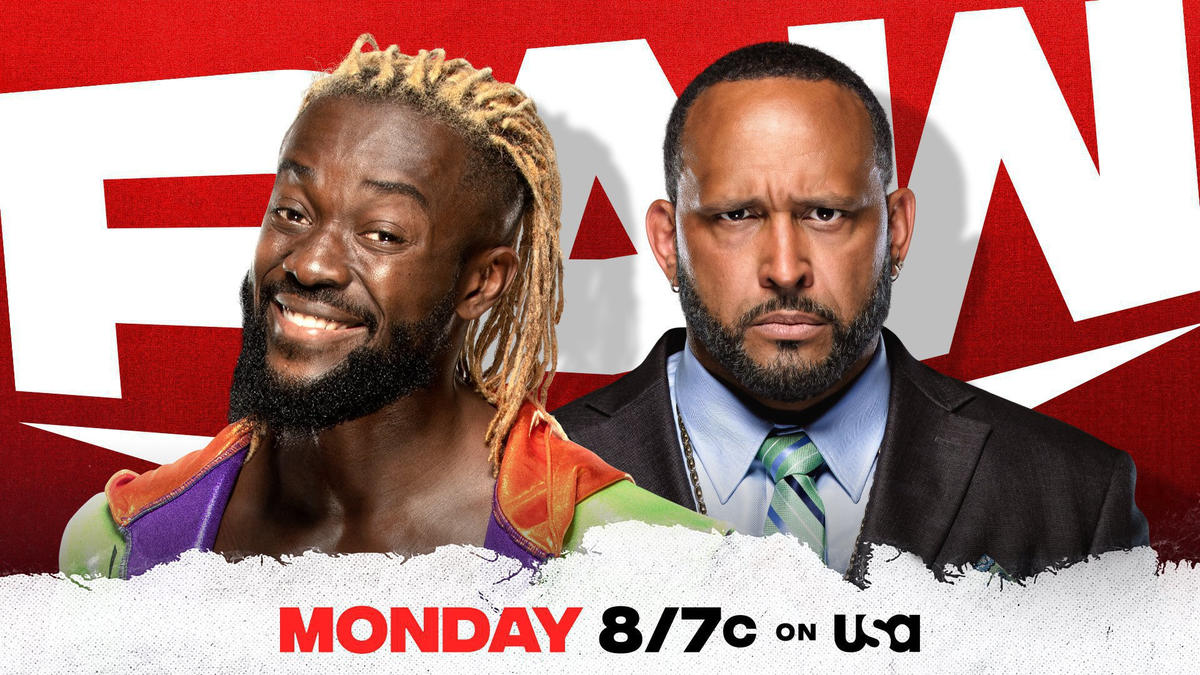 TJR Thoughts: It will likely be some kind of promo exchange with Kofi talking about how Bobby and MVP made things personal by taking out Woods the way they did. I would assume Woods misses this week to sell the Hurt Lock attack from Bobby Lashley. Kofi and MVP are really good at doing promos with eachother, so I’m sure it will be a solid segment. I’m not sure if MVP is able to wrestle yet, but if he is then I can see Kofi beating him in a match before Kofi’s Money in the Bank match against Lashley in a few weeks. 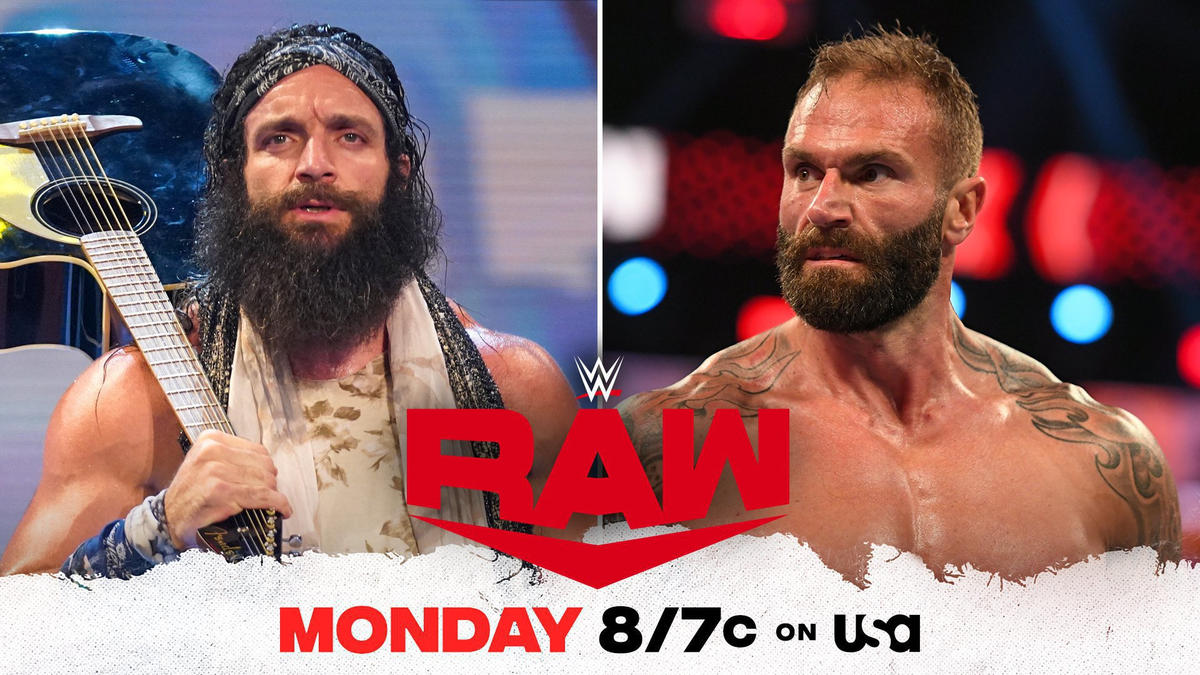 * Jaxson Ryker to take on Elias in a Strap Match

TJR Thoughts: This feud has bored me. Elias lost twice against Ryker by countout because he walked away from the match. I just don’t think Ryker is very good or interesting as a babyface. If Elias wins then the feud will likely continue. If Ryker wins, that’s probably the end of the rivalry now. I don’t know where either guy goes from here. I think they’re both going to be stuck in the midcard for a while and that it was a mistake to break them up as a pair.

TJR Thoughts: I don’t know about the “go to war” phrase. It’s just a six-woman tag team match. This could go a lot of ways in terms of the pinfall, but I think the Brooke/Rose team needs a win over Natalya/Tamina, so I’m going with Brooke or Rose pinning Tamina. I don’t think it would be smart for Ripley or Flair to take the pin although I could see either woman getting the win for her team. I just think that since Natalya/Tamina are the Women’s Tag Team Champions and Brooke/Rose are the only other women’s team right now, it makes sense to have the champs take a pinfall loss here to build the challengers. That’s just typical WWE booking.

I’ll be back tonight at 8pm ET for the live three-hour WWE Raw Deal review right here on TJRWrestling. I think Raw has been better for the last two weeks with last week’s show standing out due to the fresh matchups that were presented. Here’s hoping the positive trend continues as we head for the final three weeks of ThunderDome era shows until the fans are back in late July.