This Monday’s edition of WWE Raw will feature a little bit of everything as the company is promoting a double wedding to take place, a lie detector and at least two title matches.

Let’s begin with the title matches. Finn Balor is set to defend the United States Championship against a man with only one name now, that’s Theory. The reason he is no longer Austin Theory is because WWE Chairman Vince McMahon recently made the ruling that superstars were no longer allowed to use their real names, or names they had used on the independent scene, according to the Wrestling Observer. In Theory’s case, “Austin” was dropped from his WWE name because his real name is Austin White.

During a tag team match on the April 4 episode of Raw, Theory pinned Balor in a six-man tag that saw Theory team with The Usos against Balor, Randy Orton & Riddle. This time, Theory faces Balor in singles action with Balor’s US Title on the line. 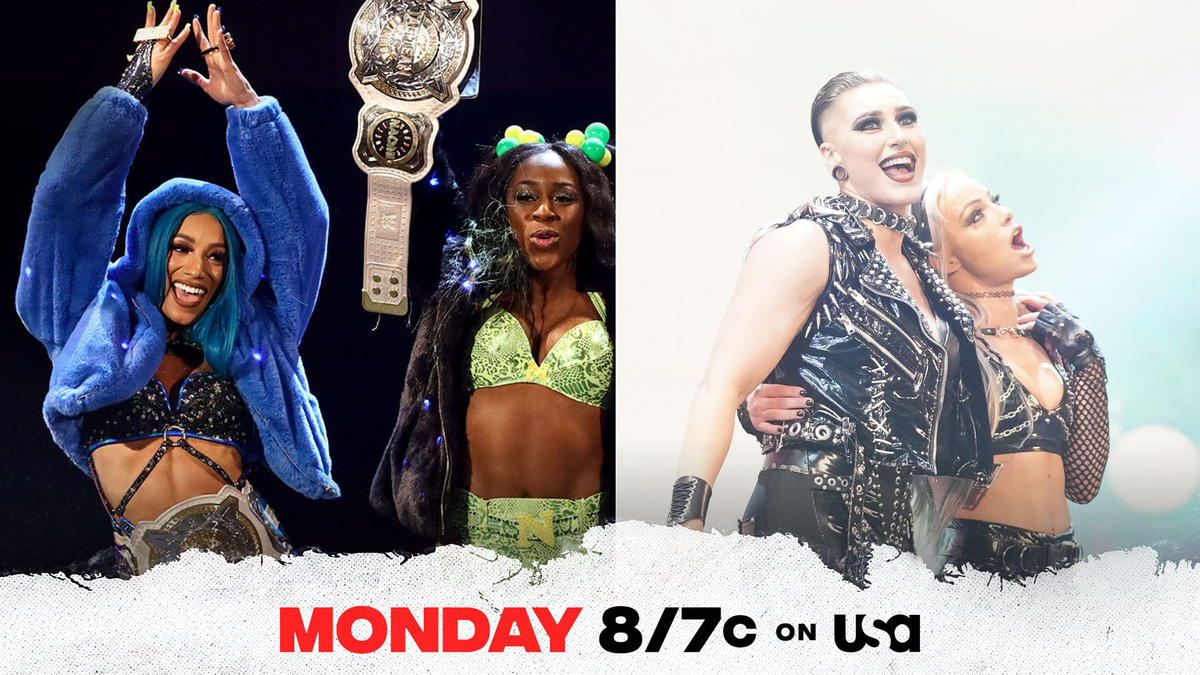 The other title match announced for Raw will see Sasha Banks & Naomi defend the Women’s Tag Team Titles against Rhea Ripley and Liv Morgan. On the April 8th edition on Smackdown, Morgan beat Banks in singles action, but then Naomi beat Morgan on last week’s Raw. Ripley missed a few shows due to health protocols, but she was back on Smackdown this past Friday and Ripley beat Naomi in a competitive matchup.

There are rumors of Ripley possibly turning heel on her tag team partner Morgan, which has been teased in the past, of if Banks & Naomi win the match, don’t be surprised to see a change in attitude from Ripley.

Another segment announced for Raw will see Kevin Owens ask Raw newcomer Ezekiel some questions in a lie detector test. Owens thinks Ezekiel is really Elias while Ezekiel claims he is the younger brother of Elias. Let’s hope it goes better than the Mr. America lie detector test from Smackdown in 2003.

T-minus 2 days! We are getting married!! I can’t wait for a PERFECT WEDDING in front of the whole world! @WWE_Reggie@TaminaSnuka@TozawaAkira@WWE@USA_Networkpic.twitter.com/KlBZp5m11B

As you can see above, the 24/7 Champion Dana Brooke has found a wedding dress for her “wedding” with Reggie while Tamina and Akira Tozawa will also be married at the same time as part of a double wedding that will be officiated by R-Truth.

All five superstars have been a part of the 24/7 Title scene for several months. If you’re wondering about the weddings being real, Brooke is engaged to boxer Ulysses Diaz, who she posts about a lot on Instagram on a regular basis.

WWE Monday Night Raw takes place at the KeyBank Center in Buffalo, New York on Monday, April 18. TJRWrestling’s John Canton will have a full review of the show on Monday night.

Booker T Discusses Comparisons Between Rosters In AEW And WCW