There were four matches announced for the final Raw of 2021 taking place on Monday, December 27 in Detroit. Two of the matches will be rematches from this week’s Raw.

The days of AJ Styles and Omos being a successful tag team are over because the former Raw Tag Team Champions have split following what happened on Miz TV and their tag match last night on Raw. During Miz TV, The Miz spoke up for Omos talking about how the 7-footer Omos was sick and tired of carrying Styles while claiming that Styles was holding him back.

Those words on Miz TV led into a match with Styles & Omos facing The Mysterios. When Styles wanted to tag out, Omos refused and Rey Mysterio rolled up Styles to win the match in under three minutes. After the match, Styles got in Omos’ face for not tagging in and that led to a breakup of the team. Styles got in a few shots, but the big man Omos overpowered Styles with a slam off the shoulders.

Later on Raw, WWE announced that Omos will face Styles for the first time ever next week on Raw.

WWE also announced that Styles will be on NXT tonight to have some sort of confrontation with Grayson Waller.

Did I hear that right? @AJStylesOrg wants to come to my house at @WWENXT ? Just make sure you wipe your feet on the way in #WWERaw

Finn Balor defeated Austin Theory in a match on Raw last night. It was a clean win where Theory tried to take a selfie during the match, Balor capitalized on that lapse in judgment and Balor ended up getting the pinfall win with the Coup de Graces shortly after. Later on Raw, Theory attacked Styles in the backstage area.

During a backstage meeting with Vince McMahon, Theory felt bad about losing, but then bragged about his cheap attack on Balor. Mr. McMahon ended up granting Theory a rematch against Balor next week on Raw.

Next week on Raw, the United States Champion Damian Priest will face Dolph Ziggler for the second week in a row although this time the title will be on the line. Their match on Raw this week was a “Championship Contenders Match” that Ziggler won by countout. Priest was attacked by Ziggler’s buddy Robert Roode on the floor. Instead of going back in the ring, Priest beat up Roode while the referee counted Priest out, so Ziggler won the match to earn the title shot.

Lastly, Randy Orton will have his hands full when he faces the big man of the Alpha Academy, Otis. Orton, who is one half of the Raw Tag Team Champions with Riddle, defeated Chad Gable in an entertaining match that was under three minutes.

After the match, Otis went after Orton, who tried for the RKO three different times, yet it didn’t different work because the big man Otis shoved Orton away from him each time. Orton left the ring looking frustrated that he couldn’t hit his patented finisher on Otis.

It’s also possible that WWE may do the finals of the “RK-Bronament” between The Street Profits and Mysterios, but it’s not known if that will happen. It was supposed to happen two weeks ago, but there’s been a delay due to Montez Ford of the Street Profits having some sort of issue. The winners were likely going to challenge Orton and Riddle for the Raw Tag Team Titles at Day 1, so right now that’s up in the air.

Looking further ahead, there were no changes to the WWE Day 1 lineup on January 1. The card looks like this right now. 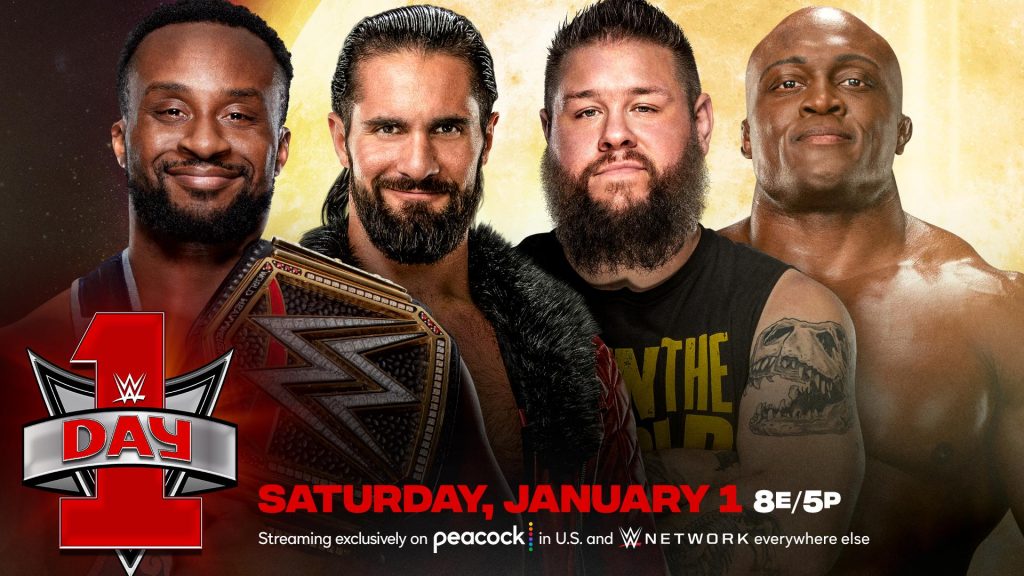 The Miz vs. Edge

You can watch WWE Day 1 streaming LIVE on New Year’s Day, Saturday Jan. 1 at 8pm ET / 5pm PT on WWE Peacock in the United States and WWE Network everywhere else.