There are some weeks where WWE barely advertises anything going into Raw and then there are other weeks where they advertise a lot. For example, last week on Raw they advertised nothing until about 90 minutes before the show because that was when WWE Chairman actually approved matches and segments for the show. Way to be prepared, pal.

This coming Monday’s Raw on September 14 is one of those weeks where they are advertising four matches. Not only that, but in the commercial for Raw that aired on Smackdown last night, they kept saying that Raw was going to be “In Your Face” this week. Is the “In Your Face” tagline supposed to excite the audience? I’m not sure about that.

My guess is that WWE decided to advertise four “big” matches on Raw is because the NFL’s Monday Night Football is back on ESPN this Monday with a doubleheader where the Pittsburgh Steelers face the New York Giants in the first game and the Tennessee Titans face the Denver Broncos in the second game. The ESPN audience should hurt Raw’s ratings as it usually does every year. Normally, Raw takes about a 10-15% hit in their average audience due to the NFL games.

Two of the matches advertised for Raw were already known from last week’s show and then WWE advertised two more matches. Here’s what WWE is advertising on their website.

This is non-title, so it’s possible that Lee gets a win like he got a win over Randy Orton at Payback, but WWE has booked McIntyre as a strong champion that doesn’t lose non-title matches. I’m going to lean towards McIntyre winning a hard-fought match, but if Lee does win they can say that McIntyre isn’t healthy due to the “broken jaw” angle. It’s possible that Randy Orton shows up, but he did the stretcher angle last week after McIntyre knocked him out with three Claymore Kicks, so Orton is likely missing Raw this week. Another possibility is for Retribution to attack both guys and that way WWE doesn’t have to book either guy to lose. 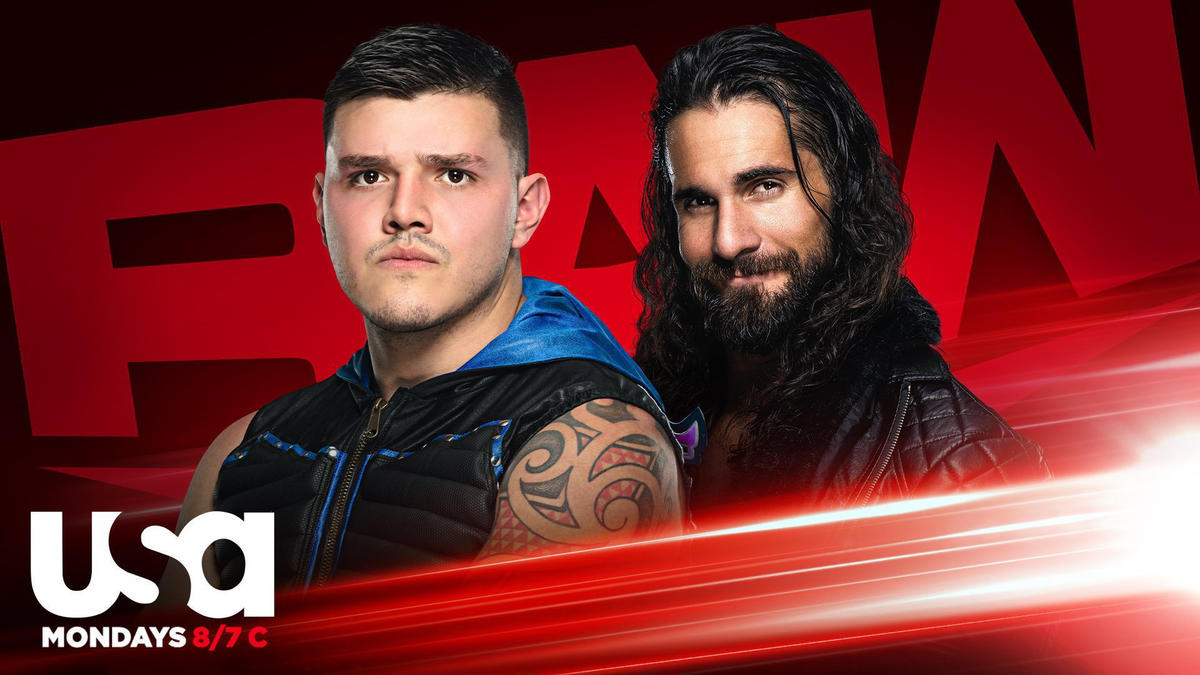 Rollins is back after a break last week. I’m a bit surprised that they are doing this match again, but we know WWE loves repeating matches. The story will be whether or not Dominik can finally beat Seth Rollins or will he come up short again? Since it’s a cage match, I feel like they will book a creative finish where Dominik might get the win by slipping out of Seth’s hands while they are on the outside of the cage. That way it can be a “lucky” win for Dominik instead of a decisive win where he pins Rollins. That’s just my hunch. 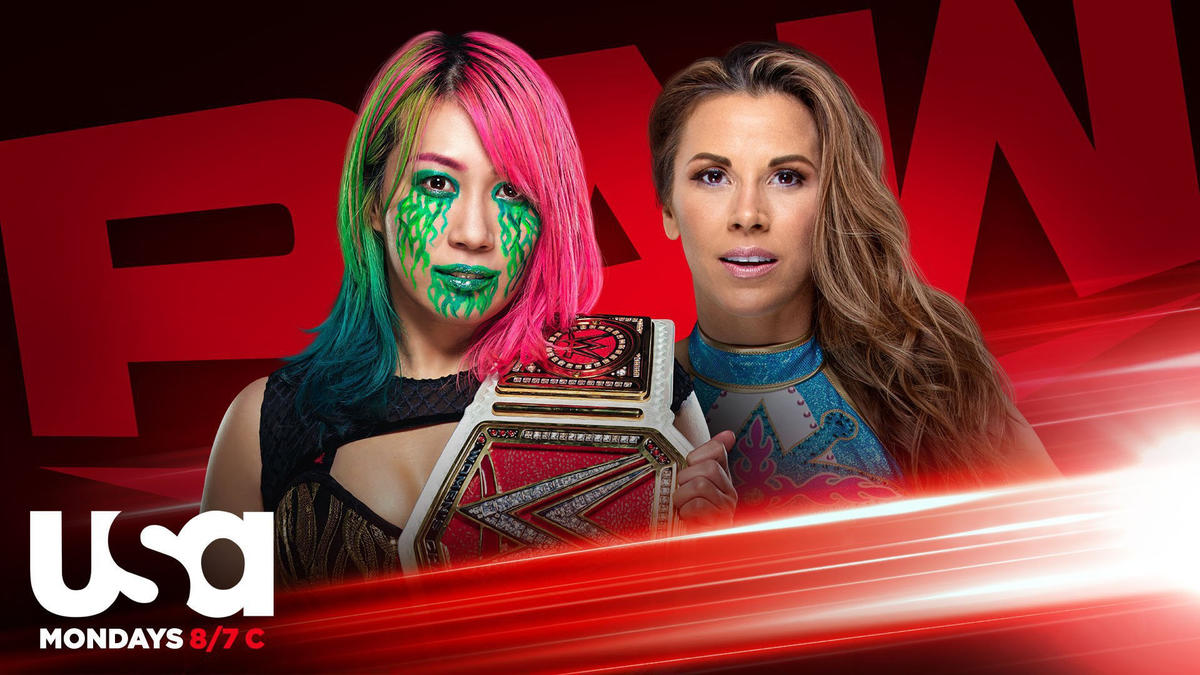 I would love to predict a Mickie James title win to complete her comeback after missing a year of action following ACL surgery, but I’m a bit reluctant to do that. I just think Asuka won the title back at SummerSlam, so for her to lose it again would be a bit of a surprise. Where I think they are going is setting up a triple threat at Clash of Champions with Asuka defending against Mickie and Natalya in the same match. I don’t know if that means Natalya will attack Mickie here to cause a DQ or some kind of cheap ending. I honestly have no idea what they are doing and I don’t want to know. I just hope this match gets 10-15 minutes or more because if it does, it will be one of the better women’s matches on Raw in a long time. I’ll go with Asuka keeping her title, but I think Mickie will be part of the title match at Clash of Champions as well.

The Street Profits battle Cesaro & Shinsuke Nakamura in a Champions vs. Champions Match 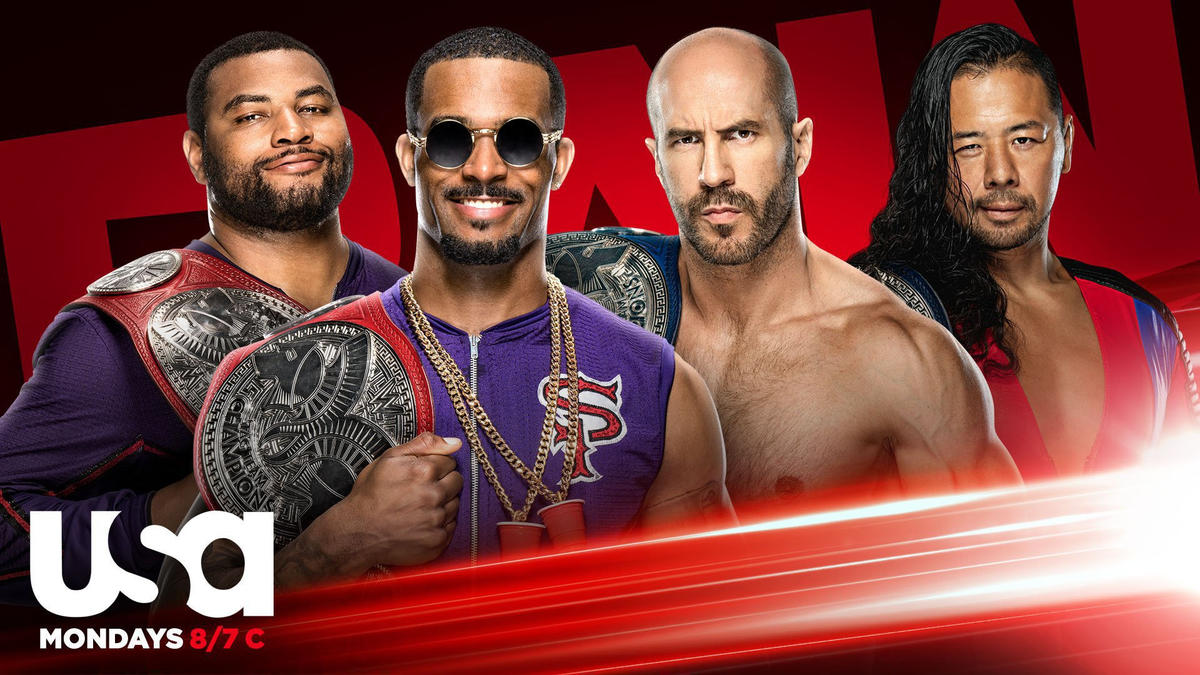 This was set up last week and furthered on Smackdown although I hated the finish of the Cesaro/Nakamura match. It really doesn’t matter who wins, but I wonder if it is going to lead to WWE getting rid of one of the sets of tag team titles and make only one Tag Team Championship team like how there is one Women’s Tag Team Championship team. That way, you have less titles on the shows and we know WWE’s tag team division isn’t deep. What I’m getting at is maybe Cesaro/Nakamura win cheap here, then Street Profits challenge them to a title match with both titles on the line at Clash of Champions and that’s how they unify the titles. It’s just a hunch at this point.

Here’s the In Your Face commercial promoting the show.

I may write more about Monday’s Raw on Monday morning as well if they advertise more matches.