This Friday night on WWE Smackdown, there will be a big six-man tag team match that will likely be the main event. It will see WWE Universal Champion Roman Reigns team up with his cousins The Usos against Edge, Rey Mysterio and Dominik Mysterio. 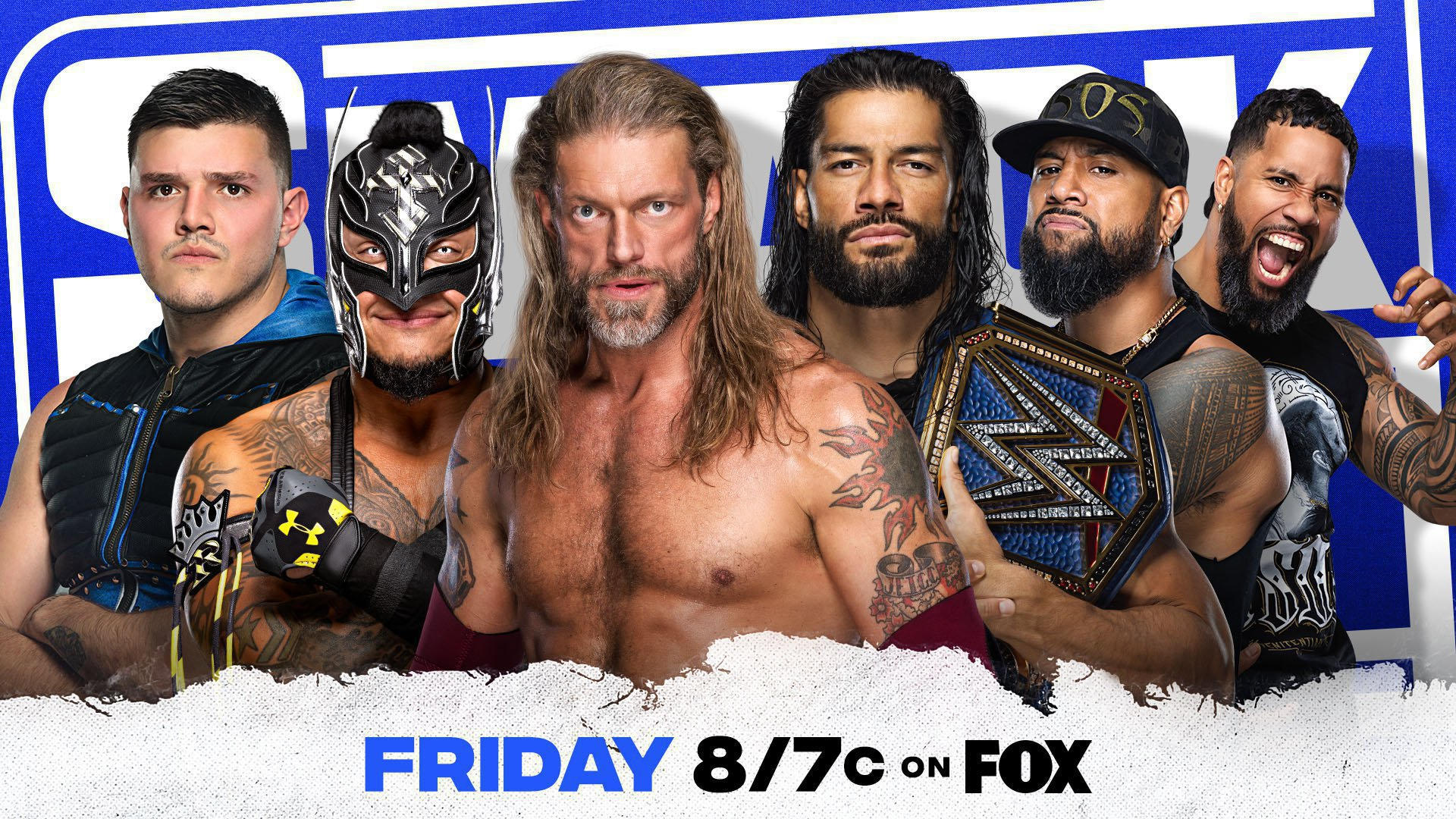 “This Friday I get to do something I never thought I’d do again. Share a ring with @619iamlucha and team with his son @dominik_35 for the first time ever. I don’t want this to get too syrupy but let’s face it, I don’t know how much longer Rey or I do this crazy thing called wrestling. I do know the window is closing. So this Friday on Smackdown, I’m gonna savor it. I get to share the ring, maybe for the last time, with my dear friend who I can honestly say I love. We’ve been through a lot together over the years. We’ve won tag team titles together, battled each other(one of my favorite opponents), laughed until we cried and lost dear friends. But I know that chemistry we’ve had since day one will still be there. Rey is a living legend. It’s tossed around too much, but in this case it is without one iota of a doubt, true. And to be here for even a tiny part of Dom’s ride? Man, I’m so proud to go out there with them. In front of our people. Finally. Can’t wait Houston. Can’t wait.”

If you check the replies, you can see that Rey Mysterio replied to it with this message.

“DAMN YOU [heart eyes emoji x 2] @edgeratedr I’m fkn speechless & it will be very hard to top this [thumbs up emoji]!! You know very well I have nothing but L[blue heart emoji]ve & respect for you & your family & have constantly accepted the fact that we are both blessed 2 be able 2 be in this grind as long as we have, on top of having the opportunity of seeing my son @dominik_35 #Mysterio (aKa) pandemic boy: career take off during this Covid era……..You said this last week @TV ‘I’ve known Dom since he was a lil boy and just got chills knowing that all 3 of us will be sharing the ring!!’ Dom is really stoked, we’re both so excited & cant wait for Friday Night #Smackdown in H-town & you will be officially known as EdgeO Doms Godfather in his first match (w/fans) post pandemic! Love you so much EdgeO, we are so FKN pumped!! Let’s do this one for Eddie [folded hands emoji] [blue heart emoji] [Mexican flag emoji] [fist emoji] #VivaLaRaza [Mexican flag emoji]”

In other WWE news, NXT UK Champion WALTER was supposed to defend the NXT UK Championship against Ilya Dragunov next week on the NXT UK show. However, WALTER apparently suffered a severe injury to his left hand, so that title match has been put on hold.

WWE medical staff has confirmed @NXTUK Champion @WalterAUT has suffered a severe injury to his left hand and has been deemed unfit to compete for his scheduled rematch with @UNBESIEGBAR_ZAR.

Stay locked in for more updates on this quickly developing story. pic.twitter.com/0ikZn4t4NF

That’s awful news. Walter is an incredible performer and the rematch was Dragunov was highly anticipated. Now there’s a delay for that much. Hopefully we get to see it soon.

Ex-WWE Star Says They Would Have Slept With Paul Heyman