Saraya is a part of All Elite Wrestling although WWE’s Triple H apparently had an idea on how to use her if she decided to stay in the company.

When Saraya’s contract came up in early July 2022, WWE’s former Chairman Vince McMahon chose not to re-sign her. The main reason why was that she hadn’t wrestled in about five years while also barely appearing on television for several years. That’s because of a serious neck injury that required major surgery.

On the September 21st episode of AEW Dynamite in New York City, Saraya debuted in AEW to a huge ovation from the crowd. Instead of being Paige in WWE, she was using her real name in AEW. Within a few weeks, she was getting physical on Dynamite with Britt Baker and it was later revealed that she was cleared to wrestle again.

A report from Sean Ross Sapp of Fightful Select has noted that WWE’s Chief Content Officer Triple H had an idea in mind if Saraya wanted to stay in the company.

It was noted that WWE (led by Triple H) offered Saraya the General Manager position about a month after her WWE deal expired. That would likely mean in early August. Triple H took over the Head of Creative role after Vince McMahon retired on July 22nd. That GM role is something Saraya was familiar with from an earlier stint as GM on Smackdown. However, WWE does not currently have any GM’s on the shows although they do use Adam Pearce as a WWE Official occasionally. 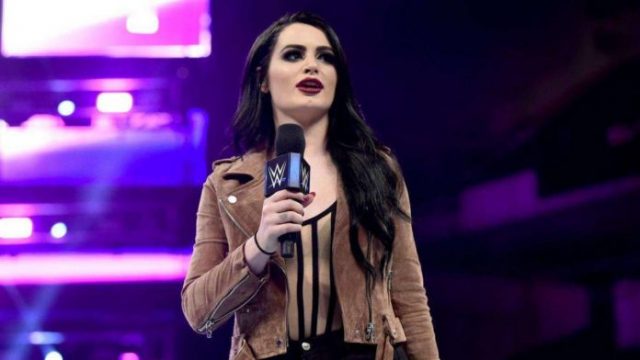 Saraya was apparently told by WWE if she wanted to return to the ring as a wrestler then they would try to make that happen.

The report from Sapp went on to note that Triple H was “shocked” that Saraya’s deal wasn’t renewed by the previous regime that also included the now-fired John Laurinaitis along with the now-retired McMahon.

The belief is that AEW will give her more freedom to pursue other projects, which was a big reason why she chose to go to AEW instead of staying in WWE to continue her run as Paige.

While Saraya appeared on three straight episodes of Dynamite including her debut, she did not appear on the October 12th episode of the show.