Tony Khan has reacted to what happened one week earlier on Dynamite when CM Punk fired off some unplanned comments towards another AEW wrestler, Adam Page.

It was on the August 17 episode of Dynamite when AEW World Champion CM Punk started the show off with a promo. Before Punk fired off with some thoughts about his next opponent, the Interim AEW World Champion Jon Moxley, he decided to call out the man he beat for the title, “Hangman” Adam Page.

The interesting thing about Punk calling out Page (Punk called him a “coward” among other things) is that even though Page was backstage, he was not supposed to be part of the segment. Punk did it because apparently, he felt upset about some comments that Page made in the past when they were building to their Double or Nothing match in May.

During an appearance on Busted Open Radio, AEW’s President Tony Khan addressed what happened during Punk’s promo while adding there’s “unresolved anger” between them:

“There was clearly some stuff that never got resolved at Double or Nothing. Then, immediately, jumped into somebody who has challenged him, in not a type of match we’ve ever had in AEW before. We’ve had interim championships established, but we’ve never had an Interim World Champion or an Undisputed World Championship match like this.” 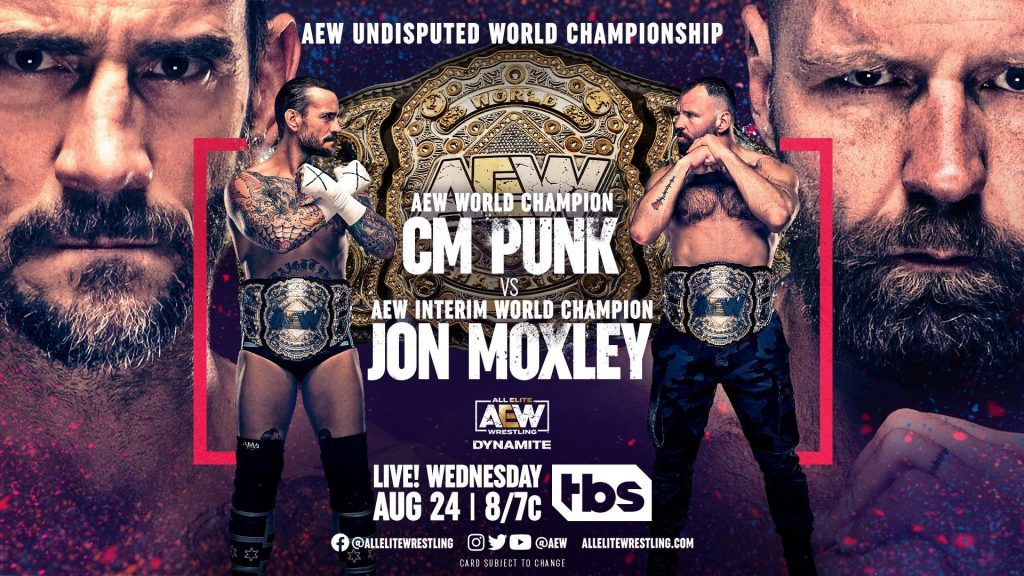 CM Punk will be in action on the August 24th edition Dynamite when he faces Moxley to crown an Undisputed AEW World Champion.

Looking further ahead, AEW also has its All Out pay-per-view event on Sunday, September 4 in Chicago.

Alan Angels Discusses His AEW Departure, When He Told Them He Wasn’t Re-Signing