The next AEW pay-per-view is Double or Nothing on Sunday, May 29th and there are now ten official matches, including The Young Bucks facing off against another legendary tag team, The Hardys.

There have been a war of words exchanged between The Young Bucks (Matt & Nick Jackson) and Hardys (Matt & Jeff Hardy) over the last several weeks, which led to speculation that their first match in AEW was going to happen. They had a physical altercation on Dynamite this past Wednesday and then on Friday’s episode of Rampage the match was made official for Double or Nothing.

While The Young Bucks and Hardys have never met in AEW before, they have met in Ring of Honor in the past, so it’s not a first time ever match although it’s still a “dream match” for a lot of fans.

Tonight is a huge episode of #AEWRampage – And finally The Bucks of Youth had the guts to get physical with us. Let's make this match happen! pic.twitter.com/GJqlul2IRD

Double or Nothing will also be where the finals of the Owen Hart Cup tournament finals will take place. On the men’s side, Adam Cole is in the finals and will face the winner of Samoa Joe vs. Kyle O’Reilly. On the women’s side, the semifinals matches are Toni Storm vs. Dr. Britt Baker and Ruby Soho or Kris Statlander. The winners of those matches will meet in the finals.

A six-man tag team match was added on Rampage as well. That match will see House of Black (Malakai Black, Buddy Matthews, and Brody King) vs. Death Triangle (Pac, Penta Oscuro, and Rey Fénix). The two sides have been feuding for a few months now, so it’s not a surprise to see the match making the Double or Nothing card.

Another match added on Rampage was TBS Champion Jade Cargill challenging Anna Jay to a match, which was made official on Rampage.

As of right now, there are ten official matches at Double or Nothing if you count MJF vs. Wardlow, which will only happen if Wardlow beats Shawn Spears in a Steel Cage Match on Dynamite. It’s possible that a TNT Title match will be added to the card as well.

Here’s the lineup for AEW Double or Nothing on Sunday, May 29 in Las Vegas: 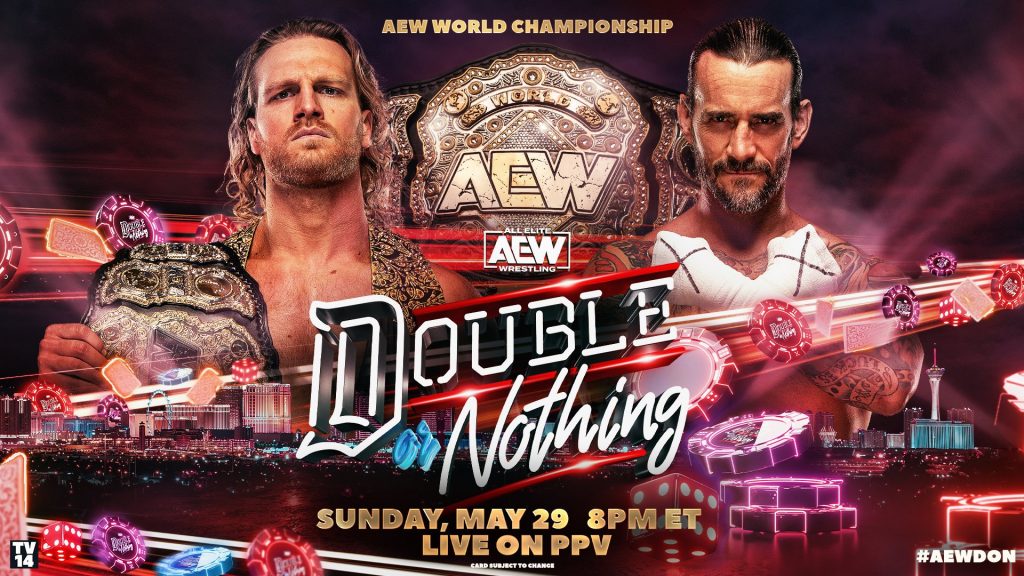 Wardlow vs. Maxwell Jacob Friedman – Wardlow must beat Shawn Spears in a Steel Cage Match to earn the match against MJF.

Young Bucks vs. The Hardys

For information on how to watch AEW Double or Nothing, visit AEW’s official website now.