AEW presents Double or Nothing this Sunday, May 29th in Las Vegas and it’s a night where the popular big man will finally get his hands on his “boss” MJF in a singles match to try to earn his freedom.

For the past several months, Wardlow has been handcuffed while appearing at All Elite Wrestling shows because MJF owns his contract. The deal that they made said that Wardlow had to take ten lashes with a belt from MJF last week on Dynamite, which Wardlow took. It ended up being more than ten lashes, but Wardlow got through it just fine.

Last night on AEW Dynamite, Wardlow was in a tough spot because he had to wrestle MJF’s ally Shawn Spears in a Steel Cage Match with MJF as the referee. MJF refused to uncuff the handcuffs that Wardlow had on, so Wardlow broke free using his power. MJF tried counting fast for Spears during a pin attempt, but it didn’t work because Wardlow kicked out. After Spears got a chair, Wardlow moved out of the way and Spears hit MJF in the head with the chair. Wardlow eventually finished off Spears with his Powerbomb Symphony (meaning he hit Spears with several Powerbombs) while a replacement referee counted the pin (since MJF was knocked out) and Wardlow got the win to earn the match with MJF at Double or Nothing this Sunday, May 29 in Las Vegas.

The stipulation for the MJF vs. Wardlow match looks like this: If Wardlow wins, he will be granted his release from his contract with MJF and it would allow Wardlow to sign with AEW. If MJF wins, Wardlow will be permanently banned from signing with AEW.

Another match that was made official is Samoa Joe facing Adam Cole in the Men’s Owen Hart Foundation Tournament Finals. Cole earned his spot last week with a win over Jeff Hardy while Joe beat Cole’s buddy Kyle O’Reilly in the main event of Dynamite this week. It will be the first Joe has faced Cole in a match. At the end of Dynamite, Joe and Cole had a staredown from a distance.

The rest of the lineup for Double or Nothing was already locked in prior to last night’s Dynamite. Some of the wrestlers featured in matches were on Dynamite while others were not.

AEW Double or Nothing takes place in Las Vegas this Sunday, May 29. Here’s the lineup for the show: 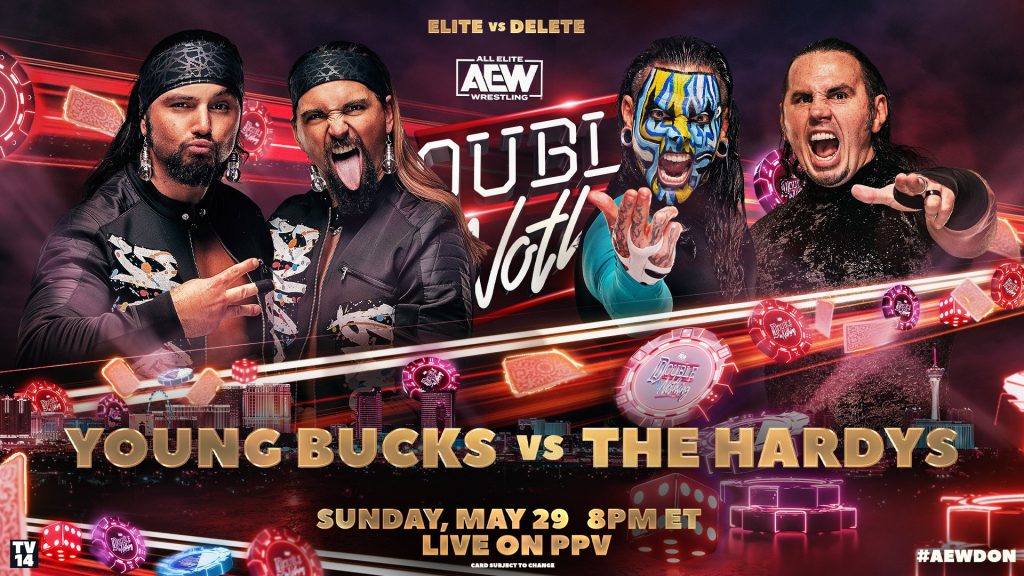 Maxwell Jacob Friedman vs. Wardlow – If Wardlow wins, he will be granted his release from his contract with MJF. If MJF wins, Wardlow will be permanently banned from signing with AEW.

The event will stream live on Bleacher Report in the United States and on FITE internationally. Visit allelitewrestling.com for more info.