This week’s episode of WWE NXT is the “New Year’s Evil” special for the first episode of 2022. It features three championship matches along with a big six-man tag and an appearance from WWE legend AJ Styles.

This is a quick preview of the show tonight with my thoughts on all of the matches and then I’ll be back tonight to review it all. There have been reports that there will be limited commercials on NXT tonight so if you’re watching on USA Network, there will probably be some picture-in-picture action and fewer commercials overall. That’s what I do! Sorry, I had a Mark Henry flashback. I’m using the WWE.com preview for this: 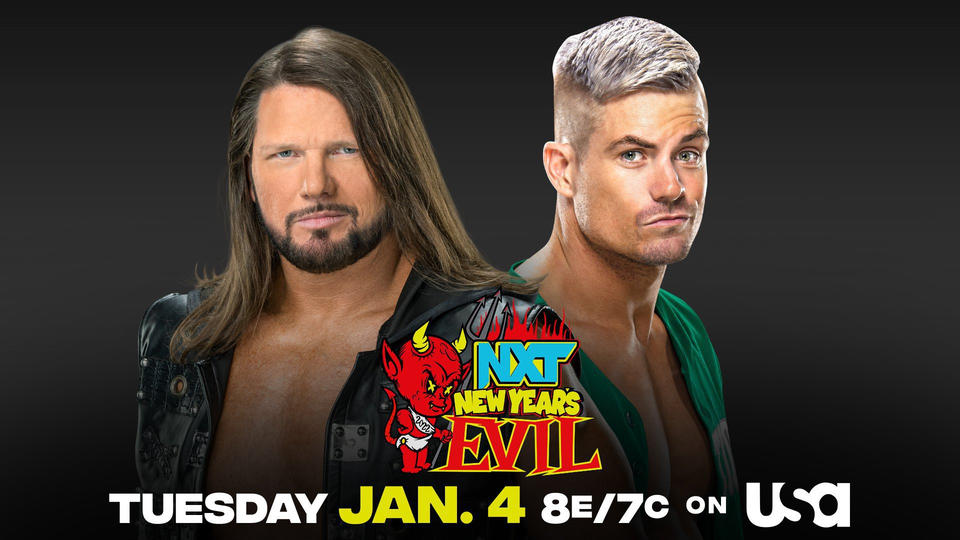 This is not being advertised as a match, but it certainly could turn into that. I think it’s more likely to be a promo exchange leading to a brawl and maybe they do the match on NXT next week so then they can put it in the main event spot. I have enjoyed Waller’s heel turn with his cocky promos and he’s very athletic in the ring. Styles always has good matches, so as long as they get time, it should be one of the better matches that Waller has had. 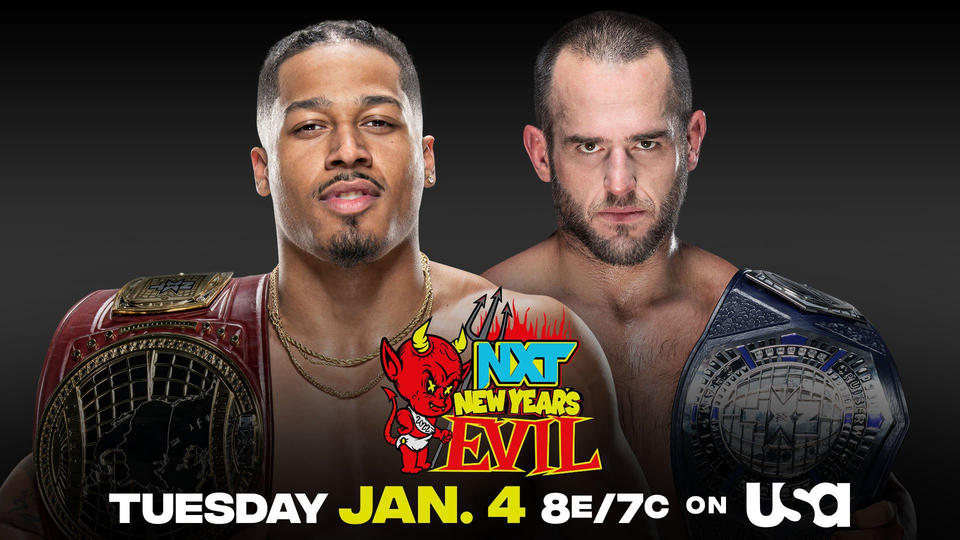 It’s the NXT North American Champion Carmelo Hayes facing off against the NXT Cruiserweight Champion with the winner unifying the titles. What that means is the winner will carry the NXT North American Title going forward while the Cruiserweight Title is gone from WWE, at least for now. I think it makes a lot of sense for the younger guy and the rising star Hayes to win this match. I doubt it will hurt Strong much to lose to Hayes because I think Diamond Mine will continue to be featured in NXT moving forward.

It’s smart to have a veteran like Strong working with Hayes because it’s going to make Hayes better. Strong has been having awesome matches for about 20 years now while Hayes is very talented in-ring, so it should be a great match. Carmelo is a future main event guy in WWE. I just hope he’s given a chance to keep showing what he can do.

Happy New Year. Here are some chops from WALTER to celebrate! This is a great idea for a match that was set up last week on NXT. MSK is getting tag team advice from Raw Tag Team Champion Riddle while the NXT Tag Team Champions Imperium (Fabian Aichner & Marcel Barthel) are getting help from their leader WALTER and now we get a six-man tag team match out of it. Walter is incapable of having a bad match, so you know as long as this gets the time, it’ll deliver and be one of the better matches on the show.

Regarding a match result, I think any time you have champions in a match where their titles aren’t on the line, the smart thing to do is to have them lose to set up a title match. That’s why I’m going with one of the MSK guys (Wes Lee or Nash Carter) pinning Aichner or Barthel to win the match for the faces. 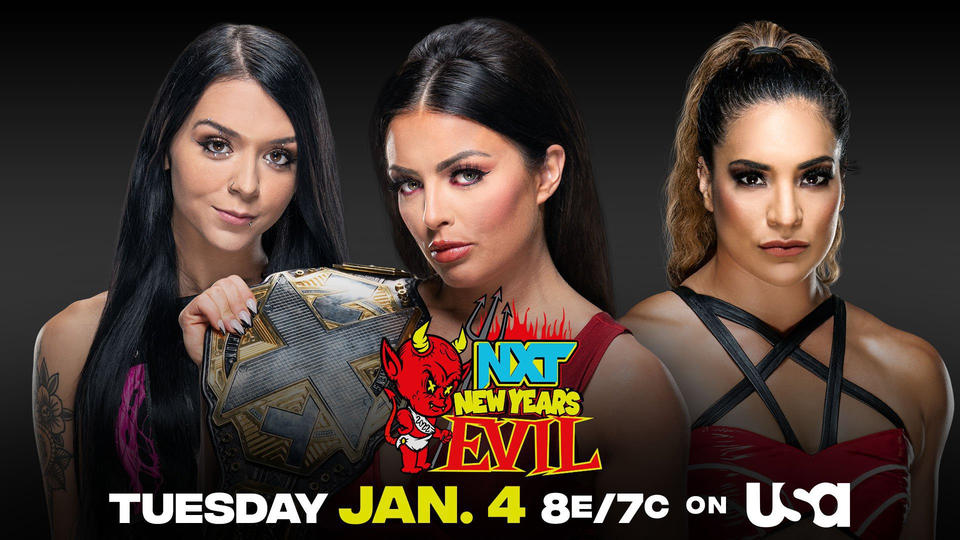 Anybody that reads my NXT reviews regularly knows that Mandy Rose is my favorite woman on the brand. Mandy won the title from Raquel Gonzalez on the Halloween Havoc episode on October 26, so it’s been over two months for Mandy as the champion. Mandy wasn’t in the arena the last two weeks. I don’t know if she had a medical issue that caused her to be absent, but I’m glad she’ll be back this week. I don’t see her title reign ending here.

My feeling with Gonzalez is that her days in NXT are limited because she’ll probably fail to win here, then she’ll be in the Royal Rumble match with a strong performance and then I think Gonzalez will be on Raw or Smackdown after that. There’s really nothing more for Raquel to do in NXT. As for Cora Jade, she got the win in the WarGames match in December, so I get why she is in the match. At 20 years old, she’s the youngest woman in NXT with a bright future. I just don’t think it makes a lot of sense for Jade to win right now. Maybe down the road in a few months, but not yet.

Since it’s a triple threat match, that means there are no disqualifications or countouts. I hope it also means they use some weapons to make the match more interesting and have it stand out from everything else on the card. Perhaps that can lead to Mandy getting some help from her Toxic Attraction allies Gigi Dolin & Jacy Jayne or maybe Dakota Kai costs Raquel again. I don’t know exactly how they’ll do the finish, but I expect Rose to get the win by pinning Jade because NXT likes to protect Gonzalez as much as possible. 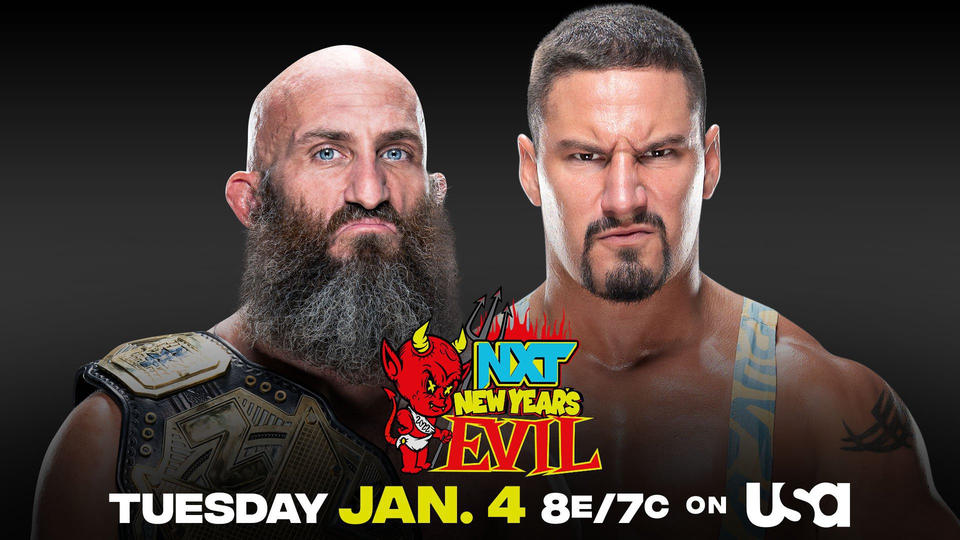 Is it time for a title change? Yeah. I don’t see Bron Breakker failing against Tommaso Ciampa again. They are both babyfaces with Ciampa as the grizzled veteran facing the rookie Breakker, who has had less than ten televised matches in his WWE carer. At Halloween Havoc in October, Breakker made some mistakes, Ciampa capitalized and got the clean win. Then at WarGames in December, Breakker got the win for his team by beating Ciampa in that match. That is what has led to Breakker getting another title match against Ciampa. It is smart booking that’s easy to follow.

I think if they have Breakker lose again it would probably hurt him a little bit. It’s not like Ciampa needs to be champion for that much longer anyway, so they might as well do the title change on the first episode of the year to show that they are truly in a new era of NXT. If Breakker doesn’t win here then I’ll be very surprised although maybe it’s because WWE wants to push him on Raw or Smackdown by putting him in the Royal Rumble. I just think it’s a bit too soon for that. I can see Breakker on Raw or Smackdown later in the year, but let’s see him have an NXT Title reign first.

It may be the best match on the show depending on how it goes. I can see there being a lot of nearfalls. Ciampa is excellent at putting together a big match while Breakker is certainly good enough to keep up with Ciampa as we have seen in the past. In the end, I think Breakker will get the win with a press powerslam like we have seen him do many times in the past. A new NXT Champion on the first episode of 2021? It sounds good to me. On a final note, if Rick Steiner is there to hug his son Bron after the win, that would be a cool thing to see. Just saying.

I’m excited about the show. I like the NXT 2.0 brand especially when they build up matches well. Some regular episodes aren’t great, but this episode should be fun to watch. I think the three men’s matches are all going to be above three stars with potential for four stars or more. The women’s match might be a bit sloppy, but usually in NXT they have weeks to prepare for these matches and plan things out well. I think maybe they should have had one of the matches stand out a bit by making it a stipulation match, but other than that it’s a strong lineup.