Happy Monday to you. Another Premium Live Event in the books as WWE Elimination Chamber made the Road to WrestleMania at least a little bit clearer.

It wasn’t as good as WWE’s last Saudi Arabia show Crown Jewel last October, but it was still a solid show with some pretty good wrestling. Of course, there were some questionable decisions but overall, I think the show did its job in terms of setting up the biggest possible match for WrestleMania. Check out John Canton’s Elimination Chamber review right here in case you missed it on Saturday. 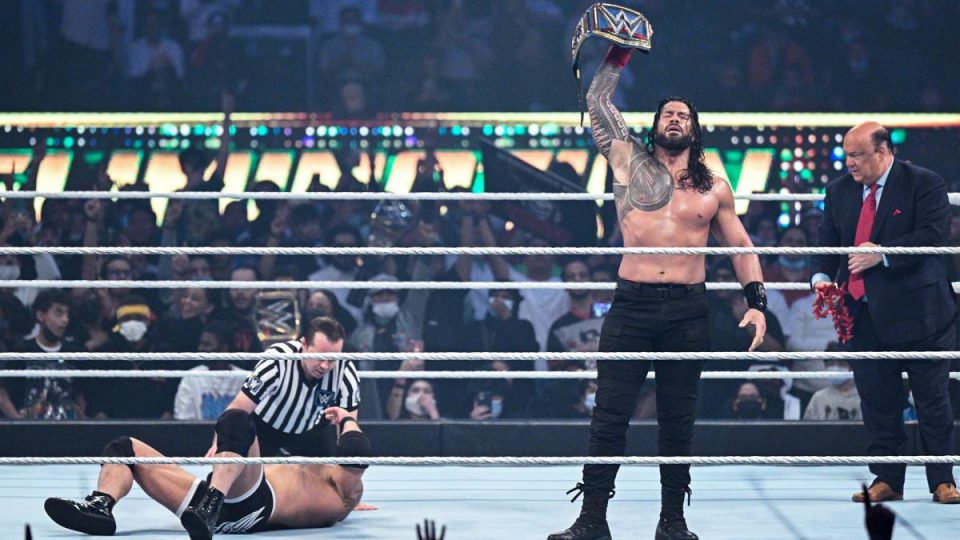 This wasn’t really in doubt. I know there is always that hesitation with Goldberg. The last time he competed for the Universal Title in Saudi Arabia, he dethroned “The Fiend” Bray Wyatt, and Bray was never the same. However, Roman Reigns isn’t Bray Wyatt. Reigns is the biggest star in the business. Goldberg got his usual flurry of offense including two Spears but in the end, Roman Reigns locked in his Guillotine finish and got the victory.

We are all set for Roman Reigns and Brock Lesnar at WrestleMania. When Brock first re-signed, it was reported that he was around for a year and a half (likely covering two WrestleManias) and at least eight matches. Well, if that number is correct, he’s already blown through half of those matches in just six months. So, unless he agrees to more (that is certainly possible), you might want to space him out a little bit. I think WrestleMania 38 ends with Roman Reigns toppling The Beast, with a possible surprise appearance by The Rock to set up WrestleMania 39. 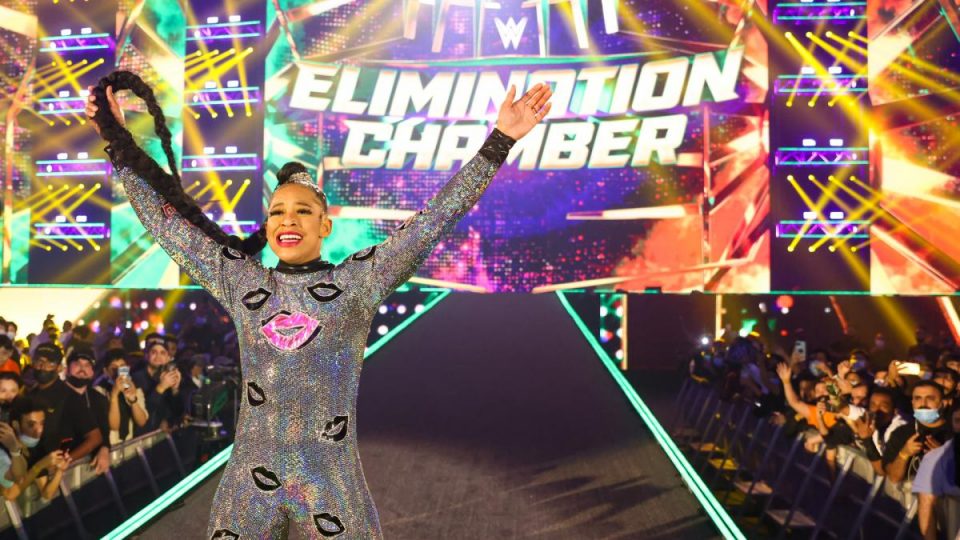 I told you. I mentioned back at SummerSlam last year to not overreact to Becky Lynch’s 26-second victory. I knew Bianca was too good to get pushed aside. She has been booked strong ever since the feud with Becky ended. She hasn’t lost a one-on-one match since losing to Becky Lynch on November 1st, 2021. There were some good spots. I’m glad Liv Morgan got some time to shine with a pinfall. Rhea Ripley looked dominant as always. It came down to Bianca Belair and Alexa Bliss. I’ll admit for a few seconds, I thought WWE may make the wrong decision again by having Alexa Bliss win the match. Luckily, they made the right decision by having Bianca get the win.

It’s on to WrestleMania for Bianca where she can right that wrong. Bianca Belair defeating Becky Lynch is the right call in Dallas. 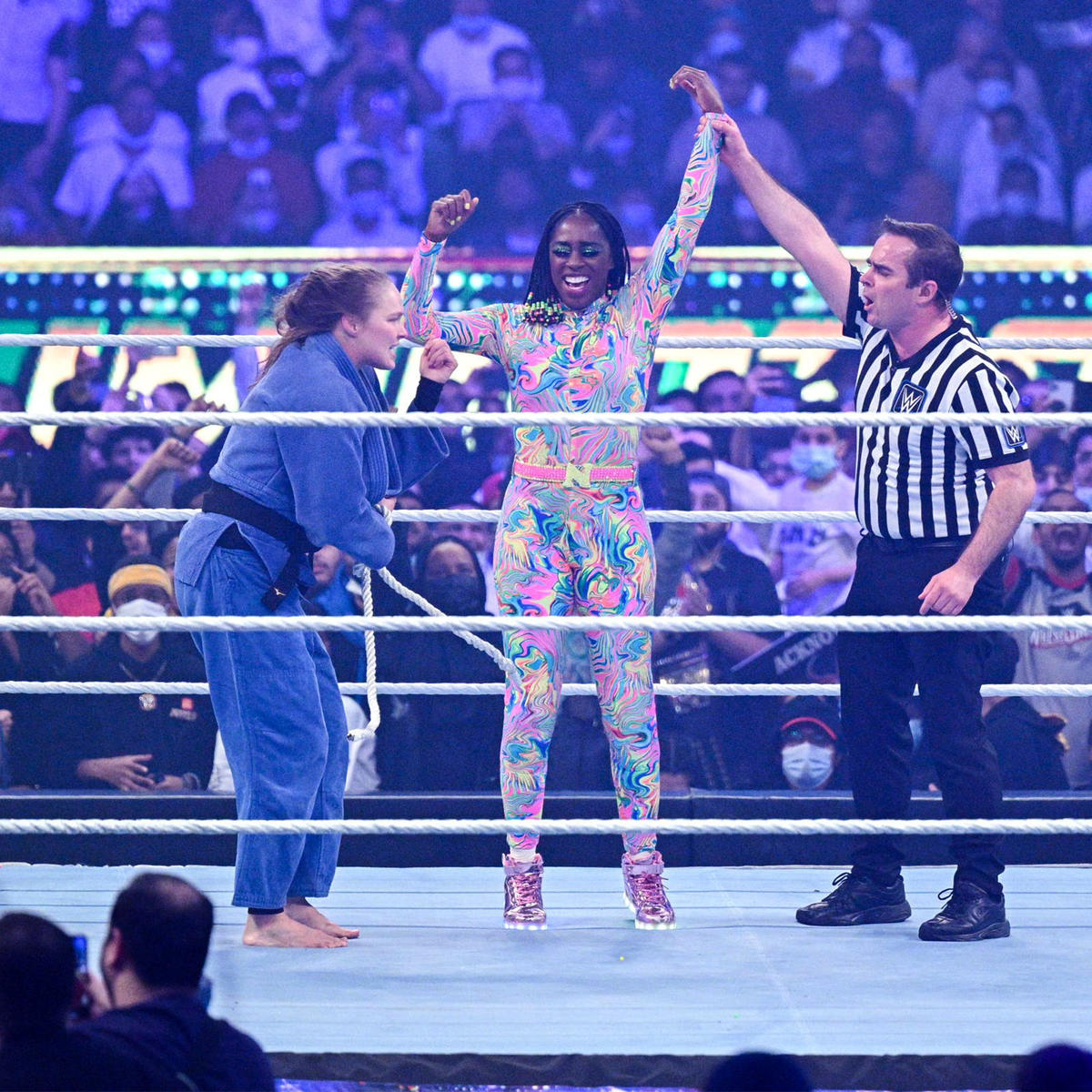 Naomi got her time to shine at Elimination Chamber as she teamed up with Ronda Rousey. The match was what it was. I’m glad Naomi got that spotlight. I still think she should be added to the Ronda Rousey and Charlotte Flair match at WrestleMania as I wrote last week. I don’t see how they can continue the feud with Sonya any further. Naomi deserves a spot on that WrestleMania card. Naomi’s been killing it the last several months and the fans are more behind her now than they’ve been in years. WWE needs to capitalize on that.

Ronda Rousey and Charlotte Flair will be a decent match at WrestleMania. I don’t think it is worthy of the night one main event, but Ronda’s star power will likely make that a reality. 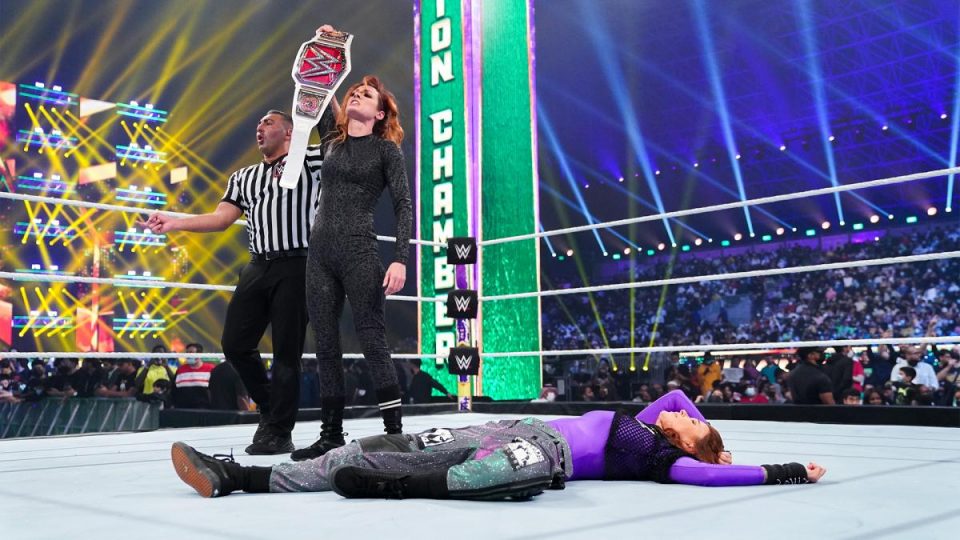 Becky Lynch retained her Raw Women’s Championship against Lita in a better-than-expected match. Remember, this was Lita’s first singles match in over fifteen years. She looked like she hasn’t lost a step. There were some sloppy moments early on but once they got in a rhythm, they kicked it up a notch. I was more than impressed with Lita’s match quality here. She even added new moves to her move set. That’s rare for somebody who hasn’t wrestled a singles match in fifteen years. Becky Lynch attempting a moonsault was great. The result was never in doubt. I wouldn’t mind if they continued with Lita after this show. She’s proven she can still go.

Becky Lynch vs. Bianca Belair is the Raw Women’s Title match for WrestleMania. That’s the best choice after what happened at SummerSlam last year, so good on WWE for realizing they had a perfect chance to correct their mistake. 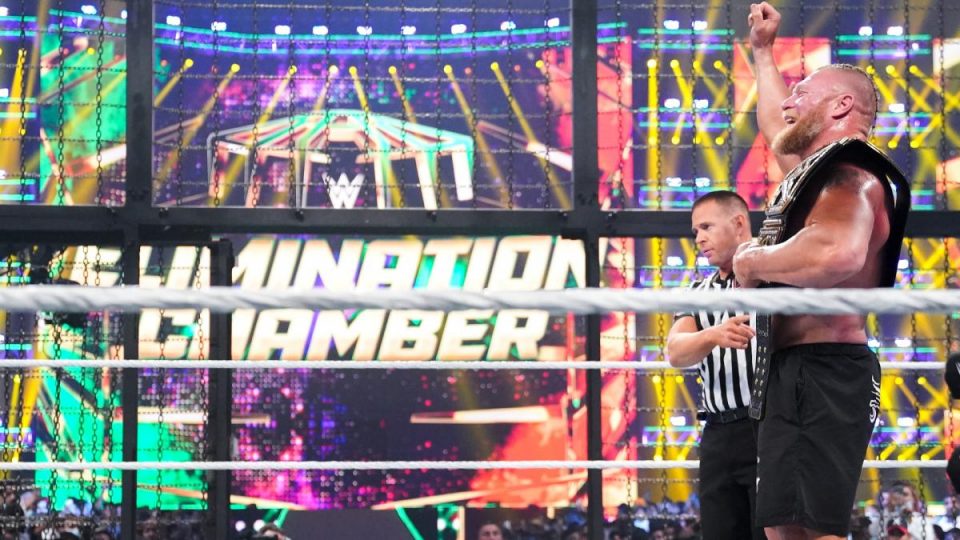 This isn’t a result I particularly agree with, but I get why they did it. This is the Brock Lesnar vs. Roman Reigns match they’ve wanted for six years now. I can see why WWE would want it to be the biggest match possible and putting both titles on the line is a good way to do it. I just don’t think it was needed.

Bobby Lashley was taken out by a Buckle Bomb from Seth Rollins to Austin Theory. At first, I thought it was a way to protect Bobby from getting pinned by Brock. Later, we would find out that it was actually to cover for Lashley’s shoulder injury that will keep him out of action for at least four months. That sucks, but best wishes to the All Mighty Lashley.

The match had its moments. AJ Styles, Riddle, Seth, and Theory all carried the match until Brock kicked his way through his pod to get into the match. Brock Lesnar made short work of Rollins, Styles, and Riddle. I did enjoy the interaction between Brock Lesnar and Austin Theory. Theory running from Brock before getting that low blow in. It was good that they gave him some offense. Having Theory climbing the Chamber was creative. You knew it was going to end badly. Brock caught up to him and delivered the F-5 OFF THE TOP OF THE POD! That was an insane spot. Props to Austin Theory for taking that. Now we have our match.

I think the show was good, but not as good as Crown Jewel. It set up the big match between Brock Lesnar and Roman Reigns in a Winner Take All match at WrestleMania. Bianca Belair got the match she deserved. Lita proved she still had it. I think WrestleMania will be a good show. We have six weeks left. Buckle up.