Rousey chose Smackdown Women’s Champion Charlotte Flair for the match at WrestleMania. A lot of people were asking: “Well what about Sasha Banks?” That’s fair. WWE had been teasing a feud between Charlotte Flair and Sasha Banks ever since Charlotte was drafted to Smackdown back in October. However, I have a different question. What about Naomi? Naomi has caught fire over these last few months since she’s been in a program with WWE Official (an on-screen authority figure) Sonya Deville. Now, Naomi will team with Ronda Rousey to take on Charlotte Flair and Sonya Deville at Elimination Chamber in Saudi Arabia.

If you watched Naomi vs. Charlotte Flair for the Smackdown Women’s Title last week on Smackdown then you know why she should be added to the match. The match was great. It was probably Charlotte’s best match in over a year and Naomi’s best match in several years (the latter mostly due to the poor booking she’s received). The crowd ate up everything. They truly bought into Naomi getting the win even though most of us at home knew they weren’t taking the title off Charlotte before WrestleMania. That just shows how good Naomi is that she still made you think for a second that maybe they’re calling an audible.

Speaking of audibles, it wouldn’t be the first time that WWE has called an audible on one of their World Title matches due to fan reaction or backlash on the Road to WrestleMania. 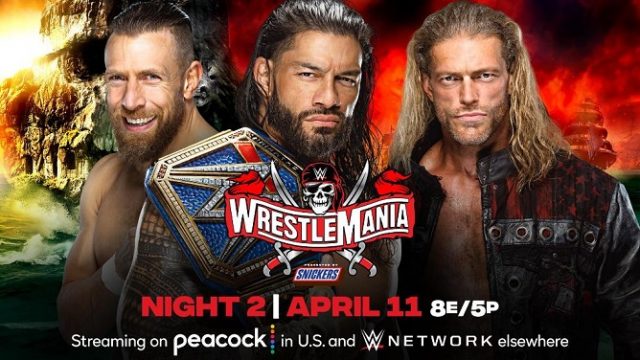 They were in the Thunderdome still, so this wasn’t necessarily due to fan reaction but the scheduled main event for WrestleMania 37 was Universal Champion Roman Reigns vs. the 2021 Royal Rumble winner, Edge in a one-on-one contest. In getting there, Roman Reigns feuded briefly with Daniel Bryan at Elimination Chamber. Reigns retained the title in cheap fashion after Roman beat Bryan right after Bryan won the Elimination Chamber. Given how well the feud had been received, WWE decided to pivot and add Daniel Bryan to the Universal Title match at WrestleMania 37, which also caused a brief heel turn for Edge. Roman Reigns eventually won the match (thanks to an assist from Jey Uso), but it was a little bit better because Daniel Bryan was involved. 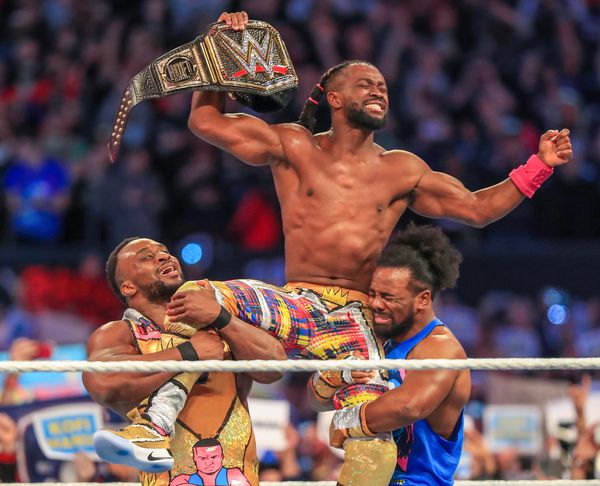 Back at WrestleMania 35 in 2019, the planned WWE Title match was originally supposed to be WWE Champion Daniel Bryan vs. Kevin Owens. Then there was supposed to be an Elimination Chamber match between WWE Champion Daniel Bryan, Jeff Hardy, AJ Styles, Samoa Joe, Randy Orton, and Mustafa Ali. An injury to Mustafa Ali forced a change in plans and Kofi Kingston replaced him in the Chamber. After Kofi Kingston’s performance in a Smackdown gauntlet match and the subsequent Elimination Chamber match, the crowd started to get behind him like never before. The fans wanted the veteran Kofi (who had ten years of experience in WWE at the time) to be the WWE Champion.

Daniel Bryan benefitted the most from the fans forcing WWE to change their plans and it is the situation that most resembles what is going on with Ronda and Charlotte. Daniel Bryan had been in a feud with The Authority since SummerSlam when he defeated John Cena for the WWE Title and both Triple H and Randy Orton turned heel when Randy Orton cashed in his Money in the Bank briefcase. The rest of the year was basically just Randy Orton and The Authority screwing Daniel Bryan right and left. People thought surely the payoff was coming at WrestleMania right? Nope. Daniel Bryan wasn’t even in the 2014 Royal Rumble, which was won by a returning Dave Batista (much like Rousey).

The crowd didn’t accept it and eventually booed Batista, who was supposed to be the returning babyface. Batista vs. Randy Orton was the scheduled main event for WrestleMania 30. Another development that night at Royal Rumble 2014 was CM Punk. CM Punk took his ball and went home the night after the Rumble and quit. Punk’s rumored opponent at the Show of Shows was Triple H. The “Yes Movement” started getting louder and louder which forced WWE to change course. This was the first WrestleMania on the new WWE Network as well so they had to make it a good one. WWE decided to have Daniel Bryan, who was originally supposed to face Sheamus again just like at WrestleMania 28, pull double duty at WrestleMania.

First, Daniel Bryan was to pay off his feud with CM Punk’s original opponent in Triple H. If he won that match, he would be inserted into the one-on-one match for the WWE Title to make it a triple threat. Daniel Bryan defeated Triple H in a great match in the opening match of the show. At the end of the night, Daniel Bryan forced Batista to tap out to win the WWE World Heavyweight Title. It remains one of the top moments in WrestleMania history with 70,000 people chanting “YES” in unison. Would he have gotten there had CM Punk not quit the company? Who knows? I think the fan reaction had more to do with it than anything. 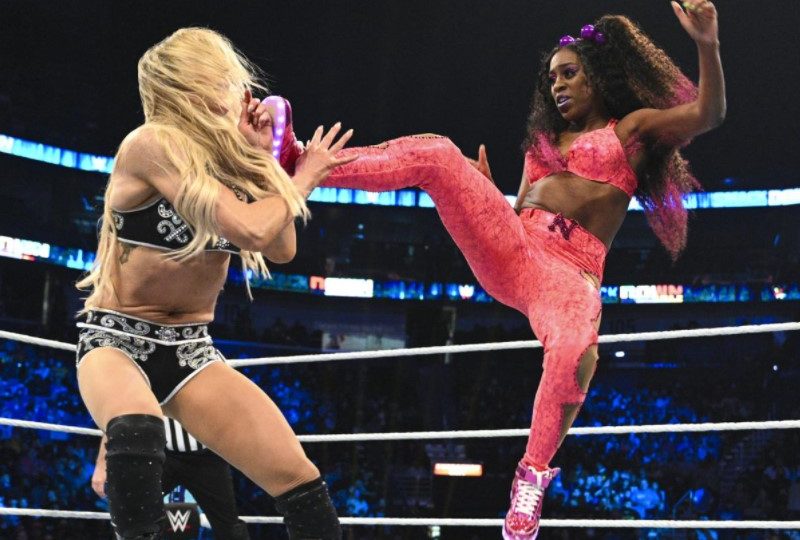 Those are just three instances of recent memory that I can pull from. I’m sure there are more. The point is, there is precedent for adding Naomi to the match between Ronda Rousey and Charlotte Flair. It would also make the match ten times better. Ronda hasn’t wrestled a full match in almost three years. She also just had a baby late in 2021. It would be better to add a third woman to the match to help guide the match along and make sure it isn’t a train wreck. I’m sure Sasha Banks could do that just as well, but she has main evented WrestleMania. She’s a made star. Give Naomi this spot and make her just like you did Bianca Belair last year. She doesn’t have to win (although I wouldn’t object to that). Just her main eventing with those two stars would do wonders for how she is perceived. Make it happen, Vin-man. You’ve done it before.