Welcome back for some more Collective Thoughts. This week I wanted to talk about someone who has done a lot for the pro wrestling industry, and that’s Paul Heyman. The transition he has had from being a manager in WCW, to the owner of ECW, to becoming the best modern manager in the industry in WWE is pretty remarkable. Heyman is also regarded by many as one of the greatest talkers in pro wrestling history as well.

As we all are aware, Heyman has been quite the polarizing figure in the wrestling business. When he was still a teen, he was taking photos at ringside at wrestling shows and that’s how built connections in the business. Heyman was a regular in WCW where he managed a series of tag teams before a falling out led him to become the owner of Philadelphia-based promotion ECW. He worked his ass off there and eventually got them on national TV before they had to close their doors in 2001. After that, he went to WWE, where he has had an on-again, off-again, relationship with the company for the past two decades. He came back as a regular when Brock Lesnar returned to the company in 2012 and has been on TV ever since. 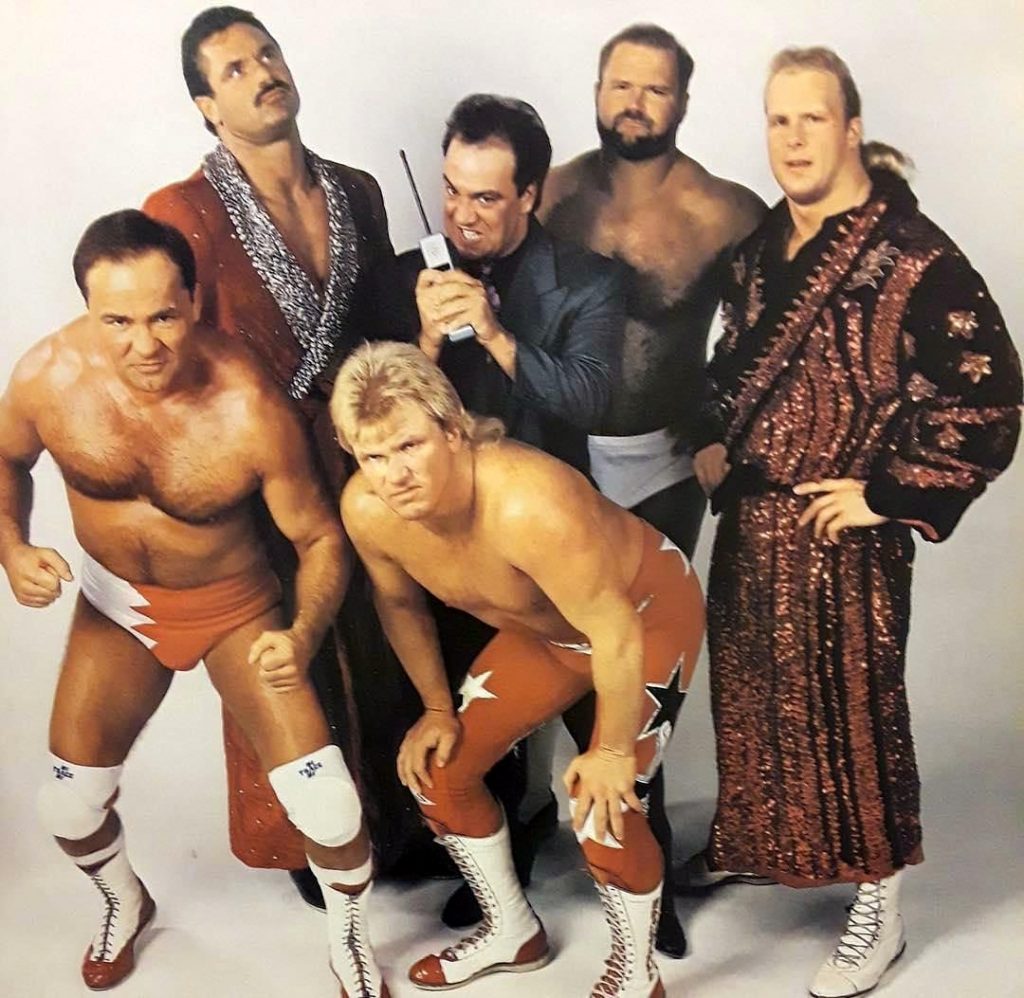 In WCW, Heyman used the name Paul E. Dangerously where he managed wrestlers most of the time. Heyman was quickly compared to many great managers of the day, including Bobby “The Brain” Heenan, and Jim Cornette. He did some light commentary work as well, but was mostly known as a manager with his trademark mobile phone in hand. The commentary background helped him out immensely when he was asked to join the desk in WWE, right after WCW closed its doors. The seeds were planted here for what he would become down the road. He had a disagreement with Jim Crockett Jr. about the future of the business and he ended up leaving the company over the dispute.

After the falling out in WCW, he got in contact with Eddie Gilbert and eventually become the owner of Extreme Championship Wrestling. In ECW, he created a culture of wrestling that a lot of people had never seen before. A lot of wild brawls, weapons, blood, and inexperienced competitors made everything they did feel organic and that anything could happen at any time, whether it was good or bad. Heyman gave a lot of guys a shot that no one else would and some of them have stood the test of time, most notably guys like Taz, The Dudleyz, Tommy Dreamer and Rob Van Dam. More than that though, he created a wrestling culture that we still see today. AEW has been the biggest proponent of this style and feels a lot like ECW if they had a major TV deal where the station believes in them.

Heyman also created an element of surprise for nearly every show and continued to have competitors from other companies work for ECW, whether it was long-term, or a short-term thing. Wrestling legends like Mick Foley and Steve Austin had stints in ECW after their WCW careers ended and that led them to WWE. As much flack as Heyman gets for the wild and unpredictable nature of ECW, people can’t deny that it was a fresh take on something that had been the same for a long period of time.

When ECW died in early 2001, Heyman went to WWE. A lot of people in ECW were shocked to see him on WWE television, but the company was dead and Heyman had to move on. Could he have waited a little longer? Maybe, but to all of his own. Heyman went to the commentary booth and had a very underrated run with Jim Ross, that really carried the company through a boom period. When he was done with commentary after the return of Jerry “The King” Lawler, he joined the creative team and ended up booking Smackdown for a period of time that has been revered by wrestling fans (in 2002 during the first brand split). The show around that time had great talent and matches while the booking made people look better than they might have been, much like it was when he was running ECW. It was probably the best Smackdown had looked up to that point and for the first time since its inception, a lot of fans preferred it over the mainstay show WWE Raw.

In 2006, ECW was brought back and Heyman was put at the helm. I was pretty excited about it thinking it was going to look the same as the original show, but we soon quickly realized it was very, very different. After a falling out after thinking CM Punk should be the ECW Champion, he left the company by the end of the year. Even after leaving the company, his fingerprints were still all over the industry. From the unpredictable storylines to the violent nature some matches took, a lot of it can be attributed to Heyman.

Heyman came back to WWE as an on-air character in 2012 when Brock Lesnar returned and Heyman instantly became a heat-seeking manager once again. No one can build a match like Heyman on the microphone and will go down as one of the best talkers in the history of the game. Heyman was also paired with CM Punk during part of Punk’s 434 days as WWE Champion with Heyman always knowing how to get heat for whoever his client is.

During Heyman’s run with Lesnar, Brock won a lot of championships as a part-timer, but it was the WrestleMania 30 victory over The Undertaker that ended The Undertaker’s 21-0 WrestleMania winning streak that might have been Brock’s greatest moment. When most fans think of that, I guarantee you they remember the shocked reaction on Heyman’s face just like the fans at ringside. In the months and years that followed, Heyman repeatedly bragged about how Lesnar was “the one in 21-1” because he knew how much the fans hated it. Heyman knew it would get him heat, which would get Lesnar more heat and that’s why he has always been so smart as an on-air performer.

Heyman was attached with Lesnar throughout the last decade before moving on in August 2020 to be the right-hand man for Roman Reigns, which is where he finds himself currently. The pairing (with Reigns referring to Heyman as his “Wise Man” at times) has been on an absolute tear. They bring us back to a time where the manager-wrestler relationship was revered. Reigns has been a dominant Universal Champion for over 400 days since Payback 2020 and Heyman has added to his character so much. It has been a blast to watch. Now, with the wrinkle of Lesnar being added to the feud as a babyface and Heyman on the opposite side, it will be really interesting to see where things play out throughout the rest of the year. Reigns will defend the Universal Title against Lesnar at Crown Jewel this Thursday and there’s a lot of speculation about what might do or who he might support by the time the match is over. In his most recent Smackdown review, John Canton called Heyman the best actor in WWE currently and I believe it’s true as well. Sometimes Heyman steals the scene even when surrounded by the biggest wrestling stars in history. That’s how good he is.

After 30+ years in wrestling, it seems like the 56-year-old Heyman still has a stranglehold on the industry. I mentioned AEW and how they have adopted a lot of what ECW had done in the past, but they certainly aren’t the only ones. A lot of people chalk “The Attitude Era” of WWE up to the way that Heyman booked things in his company. They saw how popular that type of wrestling can be and the kind of rabid fanbase it had, and wanted to do it their own way on a grand scale. I guess in a sense, McMahon could thank Heyman for developing ideas he would go on to use and would eventually run his competition out of business. Heyman gets a lot of guff from other old heads, but I know that I am a Paul Heyman guy for sure. 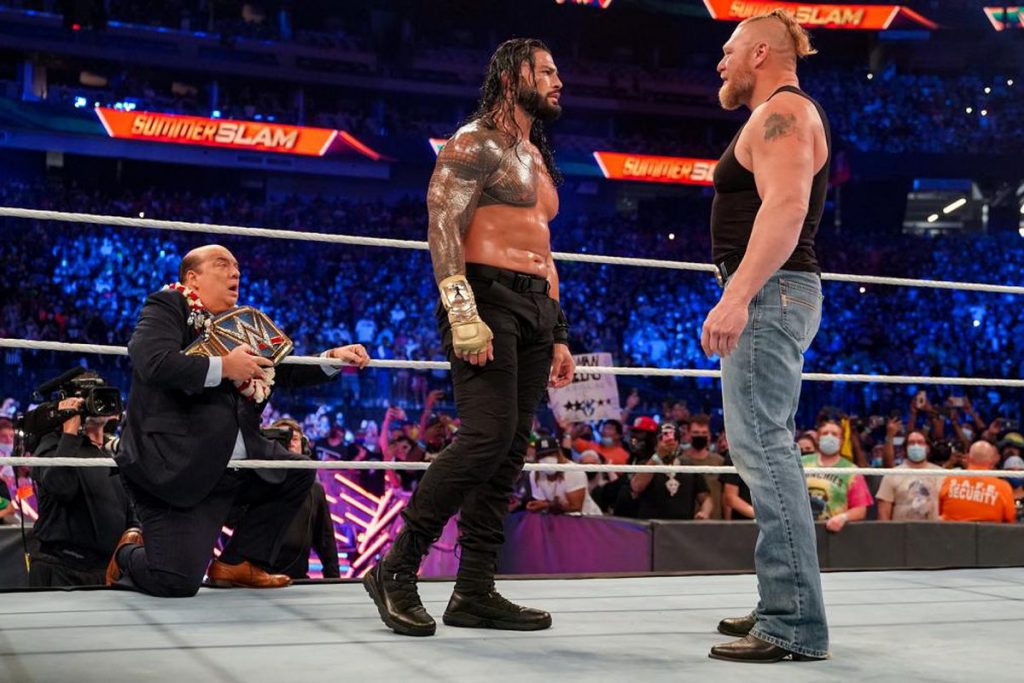 What do you think of Paul Heyman’s legacy? Keep the conversation going @collectiveheel on Twitter and let me know your thoughts. We will be back next week covering WCW Souled Out 1999. Take care of yourselves, and each other. I will be back soon enough with some more Collective Thoughts.