WrestleMania 38 is just a few weeks away and there is still one major name left on the board without anything to do for the biggest show of the year. Seth “Freakin” Rollins currently sits without a match at the Showcase of the immortals.

Kevin Owens found his path by challenging “Stone Cold” Steve Austin to a confrontation on on the KO Show on night one. Seth Rollins has faced some of the greatest names in WWE history at WrestleMania: Roman Reigns, Brock Lesnar, Randy Orton, Triple H, and more. The list goes on. Who will Rollins tangle with in two weeks? I have my theories. 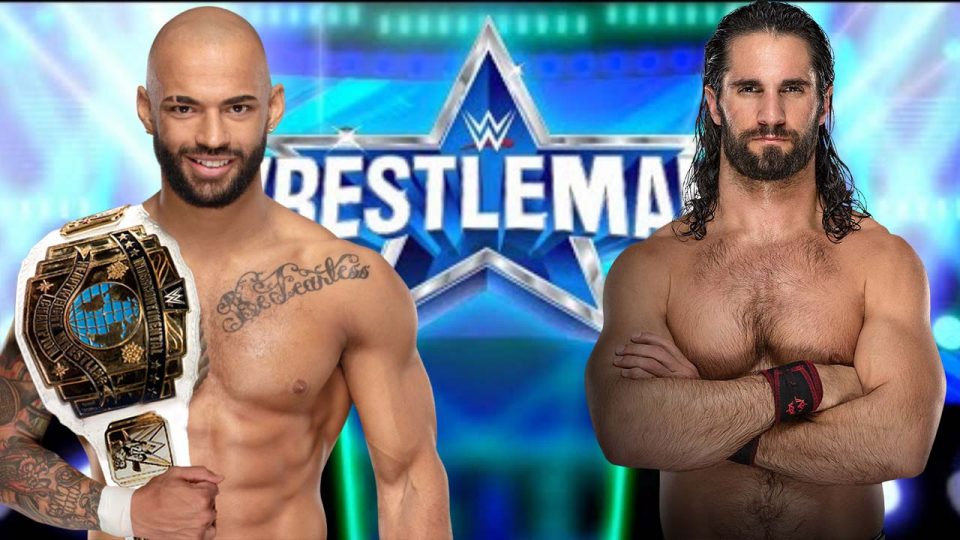 I know they are on separate brands, but they could easily move Seth over to Smackdown to help with the lack of star power or simply say it’s a cross-promotional match. The one caveat is the injury to Big E. Before his injury, the plan was for the New Day to take on Sheamus, Ridge Holland, and Butch at WrestleMania. With Big E out and his feud with Sami Zayn over for now, it is always possible they could add Ricochet to that match. However, I think an Intercontinental Title match between Seth Rollins and Ricochet would be a contender for match of the night regardless of what night it’s on. Seth Rollins has been Intercontinental Champion before, and Ricochet has yet to really be given a shining moment at WrestleMania. Can you imagine the pop he would get if he beat Seth Rollins? That would sell me a ticket if I was going, that’s for sure. 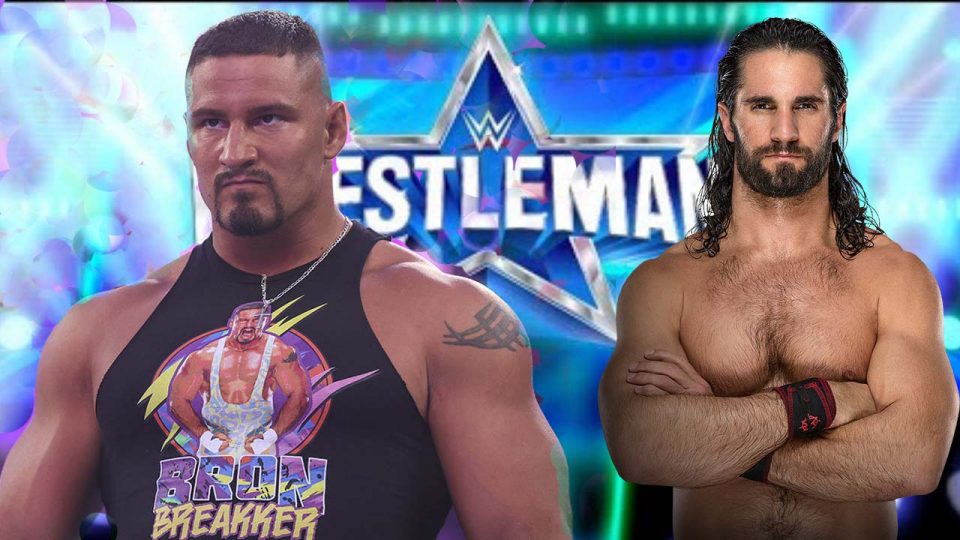 Bron Breakker made an impressive debut on Raw last week teaming with Tomasso Ciampa against Dolph Ziggler and Robert Roode. The next night on NXT, Bron Breakker lost the NXT Title to Dolph Ziggler when he pinned Ciampa. Now, logic tells me that means Bron Breakker wins the NXT Title back at Stand and Deliver in Dallas. What If Vince McMahon got one look at him on Raw and said bring him up now? It’s very possible. Regardless of whether Bron wins the NXT Title back, he is not long for developmental. What better way to debut him as a star than to put him against Seth Rollins at WrestleMania? Win or lose, Bron Breakker would be an instant star just by being across the ring from Seth Rollins at the biggest show of the year. Seth would bump his ass off for Breakker and it would make for a hell of a match. 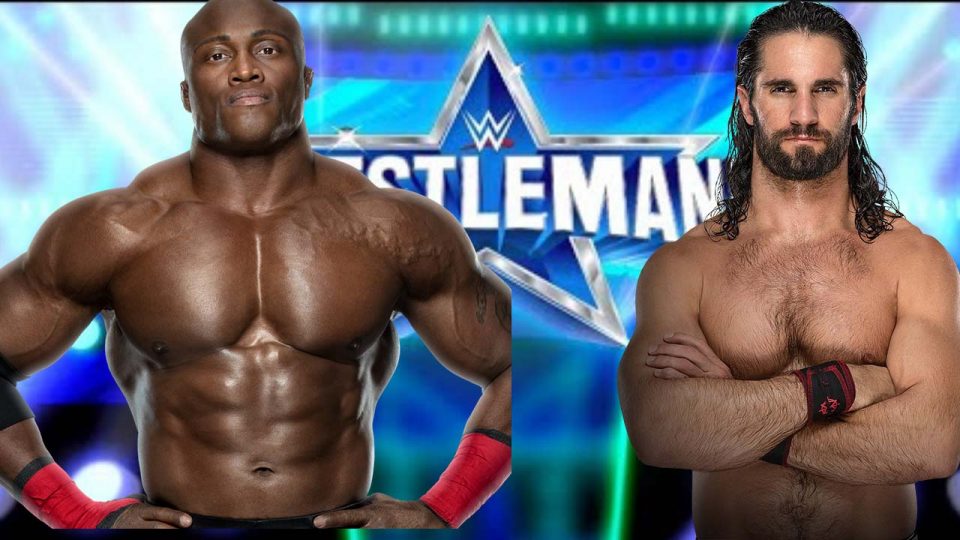 At Elimination Chamber last month, Seth Rollins launched Austin Theory into the pod containing Bobby Lashley. The pod broke and Lashley was injured, taking him out of the match. In reality, that was a cover for Lashley needing time off for shoulder surgery. Could Lashley put off that surgery to get his revenge on Seth at WrestleMania? Of course, it’s possible. We’re seeing Drew McIntyre do it right now where he is holding off surgery to see if he can rehab his neck injury on his own. Bobby Lashley could return tonight to attack Rollins and then work a short 8-minute match at WrestleMania against Rollins. It wouldn’t be my preference, but I can see him doing it just to get on the card and it would be significant win for him to hold on to while he takes time off. 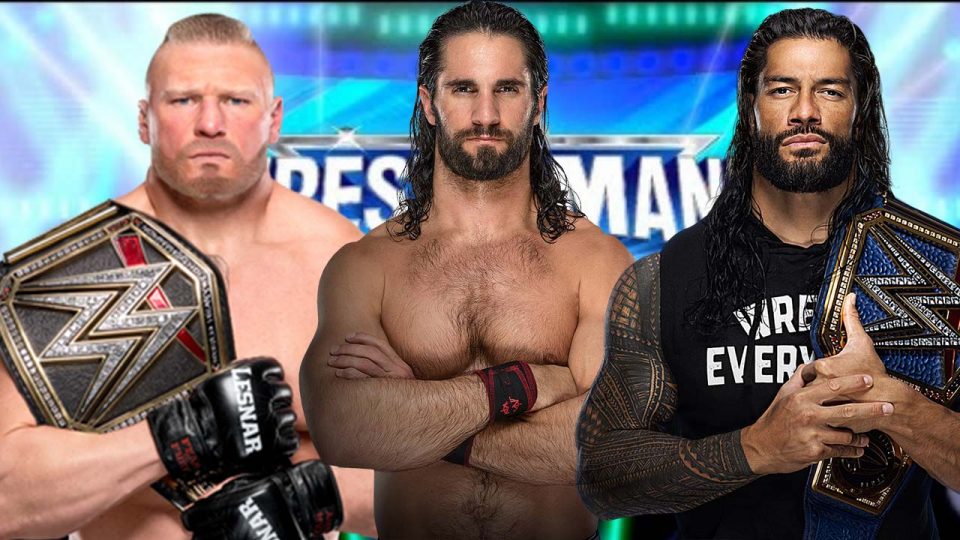 There are three ways they could go about this match. Seth Rollins has some unfinished business from the Royal Rumble. Paul Heyman kept teasing that maybe Brock Lesnar wouldn’t be WWE Champion by the time he faces Roman Reigns. That obviously got paid off at MSG against Austin Theory, but what if Seth threw a wrench in those plans? He’s beaten Brock Lesnar before at WrestleMania. Seth could easily come out tonight on Raw and say how he’s unhappy that the brand’s WWE Champion is spending his time on Smackdown. He could say how he doesn’t want to give Roman a chance to win both World Titles, so he is challenging Brock Lesnar for Night One on Saturday for the WWE Title.

Seth wrestles Brock on Night One. Brock gets Roman on Night Two, which Brock earned by winning the Royal Rumble in January. Another option is Seth Rollins saying he is owed a rematch after what Roman Reigns did at the Royal Rumble (Rollins won by disqualification), so he challenges Roman on Night One for the Universal Title. That could also be another notch in Roman’s cap by saying he main evented and won both nights of WrestleMania.

A third option could be that Seth combines those two arguments and demands to be added to the Winner Take All match on Night Two. They could do the call back to when Seth Rollins cashed in his Money in the Bank contract on both Brock Lesnar and Roman Reigns to win the WWE Title at WrestleMania 31 in 2015. It is a logical story if they choose to go there. 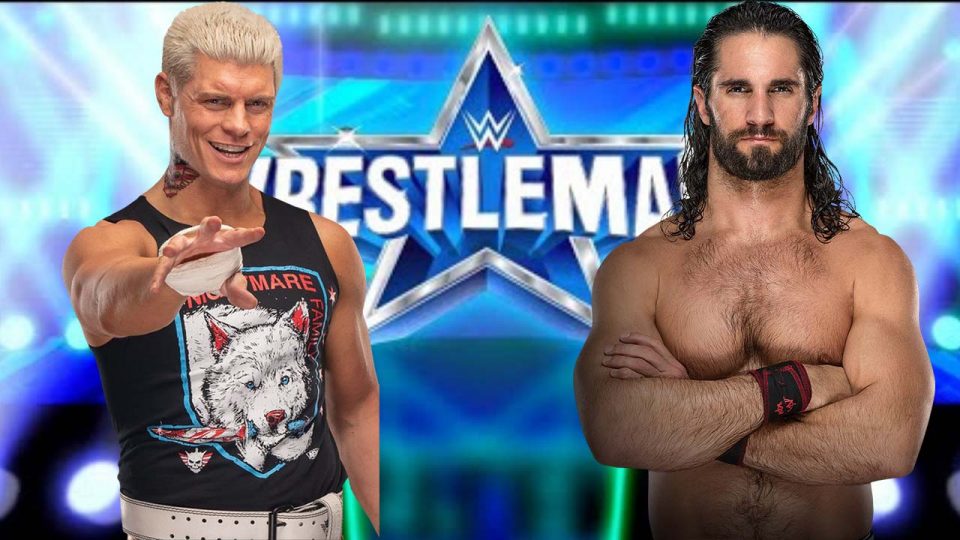 Adrenaline in my soul… Seth’s opponent is likely Cody Rhodes. That is my opinion anyway. I firmly believe Seth Rollins will be confronted tonight on Raw in Jacksonville by Cody Rhodes. I think that is why they rushed the Kevin Owens challenge to Steve Austin last week and Steve isn’t advertised for Raw this week. They want the only thing people are talking about to be Seth Rollins and Cody Rhodes.

I believe Seth Rollins will come out tonight and complain about not having a path to WrestleMania. Then he will get confronted by “The American Nightmare” Cody Rhodes. If Cody returns tonight, the pop will be huge. Having Cody Rhodes’ opponent be Seth Rollins adds another huge match, likely for Night Two of the biggest show of the year. It would be a great moment for Rhodes at WrestleMania. I think it will happen. I guess we will wait and see.