The Raw Women’s Title will be on the line at the WWE Royal Rumble event in a match that will see Becky Lynch defending her title against a new opponent, Doudrop.

The main event of Monday’s Raw saw Doudrop in a triple threat match against Liv Morgan and Bianca Belair. As most WWE fans know, when there’s a triple threat match it means that there are no countouts and no disqualifications. Becky Lynch was well aware of that fact because it looked like Belair had the match won after hitting her KOD slam finishing move, but that’s when Lynch went into the ring to break up the pin.

Doudrop ended up capitalizing on Lynch taking out Belair because Doudrop hit a Vader Bomb style splash off the middle rope on Morgan and got the pinfall win.

After the match, Lynch slapped Doudrop in the face leading to Doudrop sending Lynch out of the ring. Lynch remarked that she helped Doudrop get the win. That was the conclusion of Raw.

WWE did not announce if Bianca Belair and Liv Morgan will be in the Women’s Royal Rumble match, but it would make sense for them to be in the match. Both women should be considered favorites to win the match.

In other Royal Rumble news, WWE also confirmed that Seth Rollins will get to challenge Roman Reigns for the Universal Championship. They didn’t try to explain how a Raw wrestler gets a title shot against a Smackdown guy, but that’s typical of WWE. What Rollins said in his promo is that he usually beats Reigns any time they have a match.

As for the men’s Royal Rumble, some big names from Raw were announced for the match with Big E, AJ Styles and United States Champion Damian Priest joining the match.

Here’s the Royal Rumble lineup so far for the “Premium Live Event” taking place on Saturday, January 29 in St. Louis: 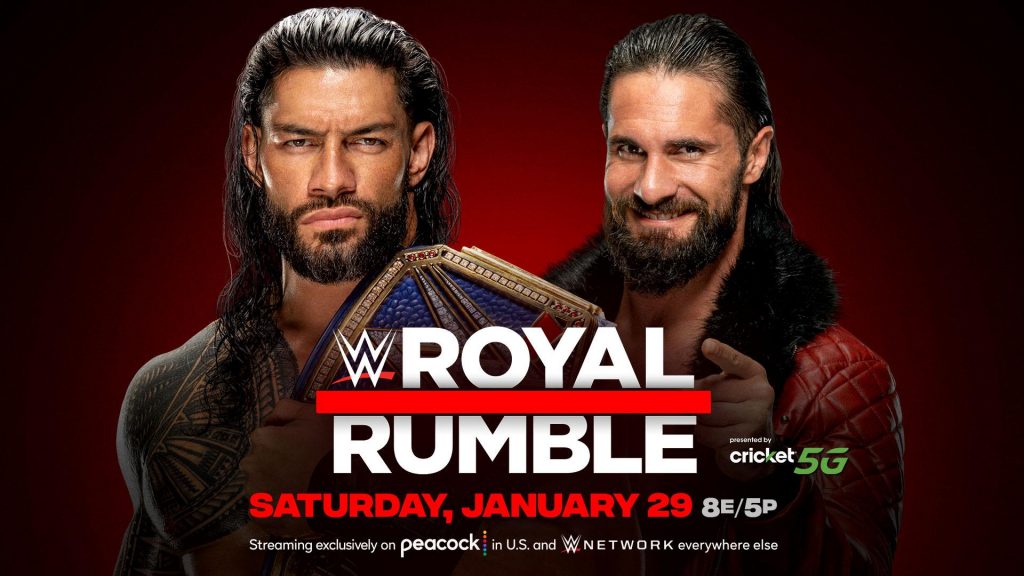