The month of November is here as WWE heads towards Survivor Series on Sunday, November 22. There are some weeks where WWE doesn’t advertise a lot of things, but this week they are.

The WWE.com Raw preview is promoting five things this week. Here’s a rundown with my thoughts on each.

Target on the back of WWE Champion Randy Orton

Here’s how WWE explains this point:

The Apex Predator is back on top the WWE food chain, but the rest of the red brand is hungry to take him down.

Randy Orton had a chaotic start to his 14th World Championship reign this past Monday, as the new WWE Champion has a giant target on his back. Drew McIntyre is motivated to reclaim his title, and he brawled with The Viper as Raw went off the air last week. The Miz lurks as the new Mr. Money in the Bank and has dreams of another WWE Championship run of his own. Then there’s always the ominous presence of The Fiend who hasn’t forgotten Orton’s inferno of The Wyatt Family Compound. Finally, a showdown with Universal Roman Reigns at Survivor Series looms as well. Who will come calling for Orton next?

It’s unlikely that Orton is going to defend the WWE Title on Raw before Survivor Series, so it seems like WWE is building up a future match that could see Orton defending the WWE Title against Drew McIntyre and The Fiend, perhaps at TLC next month. I’m not sure where else this would be going. 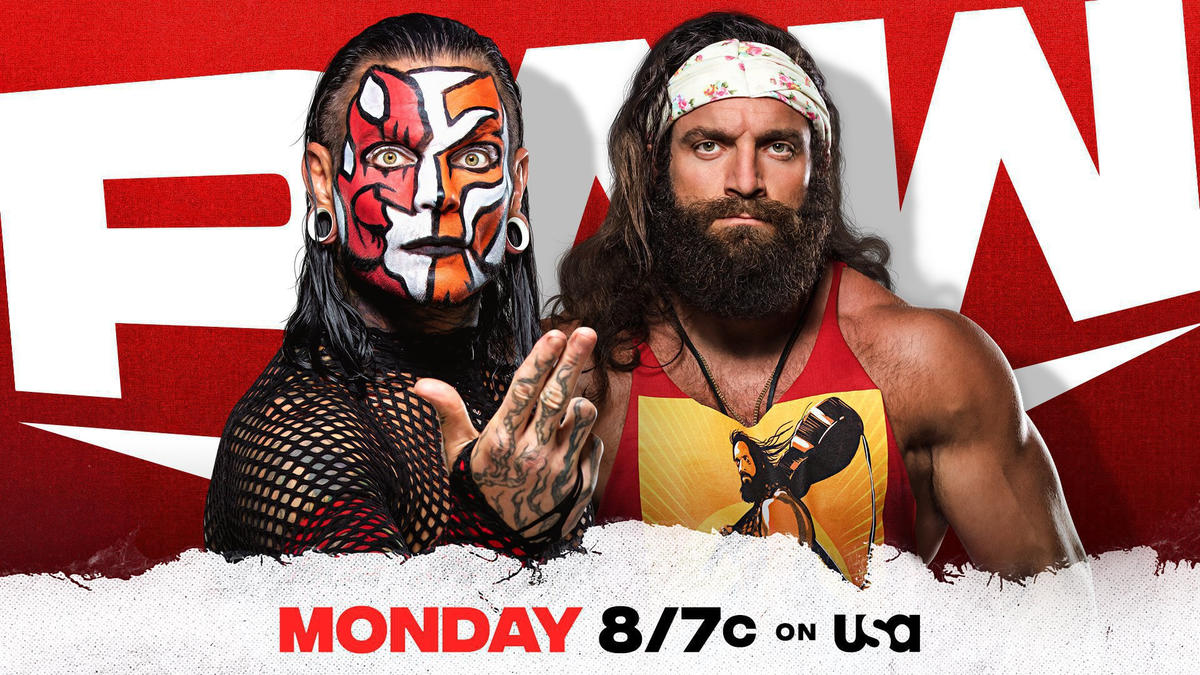 The feud has seen each guy attack the other guy with guitar shots, so now they’re having a Guitar on a Pole match. The match they had at Hell in a Cell eight days ago was pretty boring. This will probably be a bit longer. I think Elias could use the win more, but it’s possible that WWE wants to put Jeff Hardy on a winning streak to build him up for a future WWE Title match.

I’m going to go with Hardy winning, but if I’m wrong that’s okay because Elias could use a meaningful win.

I don’t have many positive memories of Guitar on a Pole matches except that I remember Jeff Jarrett vs. Steve Blackman in that kind of match in December 1998 where the lovely Debra went into the ring. I was 18 years old. She was my favorite at the time. Debra opened up her blouse (to a huge pop) to show off “the goods” (about four months before they were called “puppies”) so to speak. Here’s a clip on Youtube that has over 2 million views, so clearly a lot of other people were fans of that moment. I predict there won’t be anything as good as that in this match.

It seemed like last week’s Raw was when WWE decided to make the push to have Alexander and Benjamin as the tag team in the Hurt Business group. That’s certainly fine with me because I like the idea of the veteran tag team wrestler Benjamin going after some gold again while Alexander is a very good worker that will benefit from teaming with Shelton. This match is only non-title, but I think it’s possible there’s a title change before the end of the year.

Since WWE loves to book champions to lose non-title matches, I’ll go with Alexander and Benjamin getting the win. 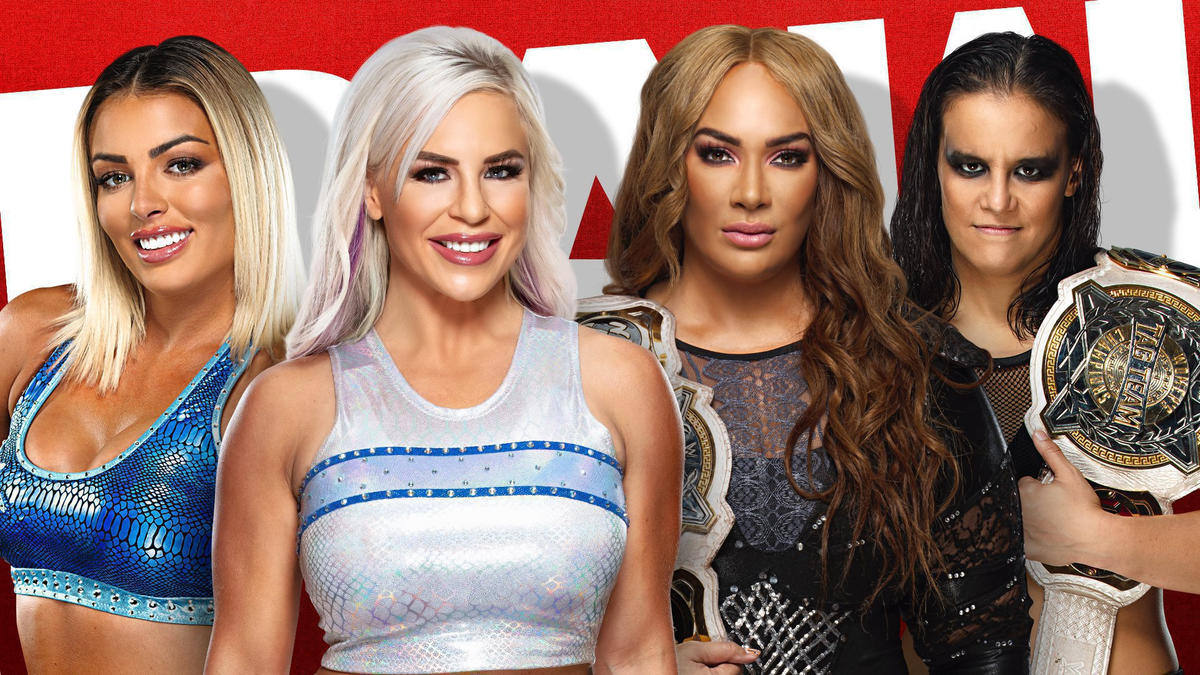 These four women are part of the Raw women’s team at Survivor Series with Jax and Baszler as the Women’s Tag Team Champions while Rose and Brooke are undefeated as a team. It’s typical WWE booking to have Survivor Series teammates face off in matches building to Survivor Series in order to try to tell the story that they have issues.

I noted earlier that WWE likes to book champions to lose non-title, but in this case, I’ll go with Jax and Baszler getting the win as the champions. However, it’s certainly possible that they do something where Lana (also on the Survivor Series team) shows up to cost Jax the match since Jax has put Lana through the announce table six times. Even though I’m going with Jax and Baszler to win, don’t be surprised if Rose and Brooke get a win in order to set up a future title match.

Who else will step up to join Team Raw at Survivor Series? 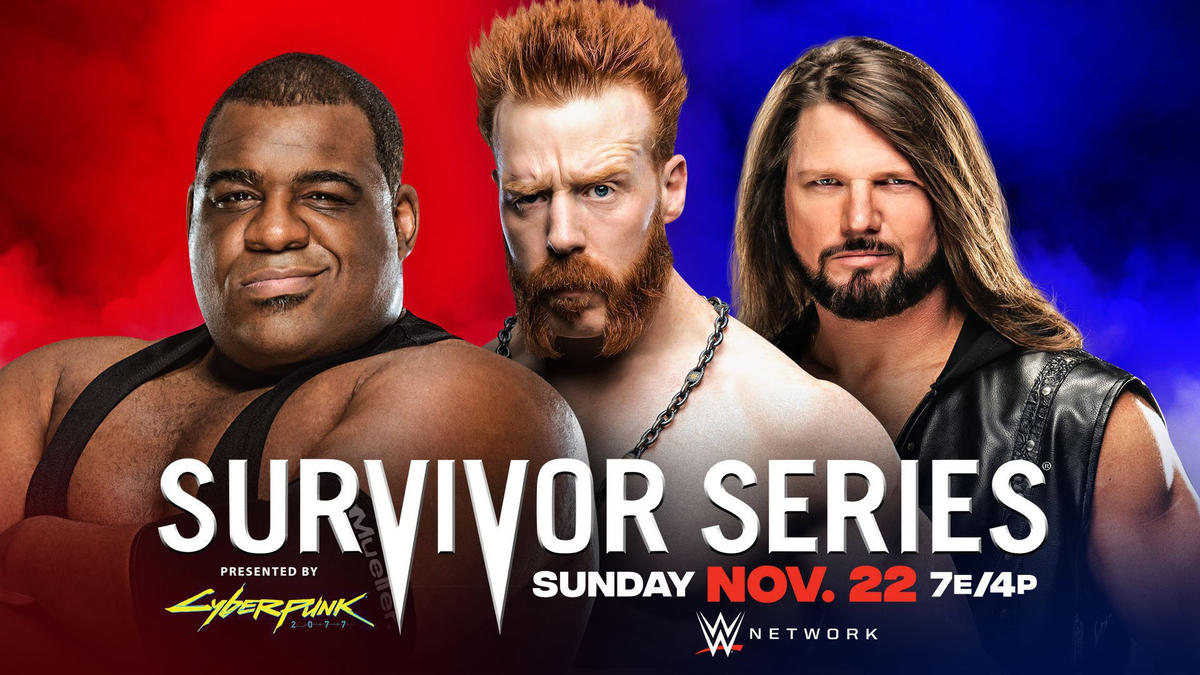 If I had to guess, Braun Strowman will probably win a match to be on the team. I just think it makes sense since he’s a top star on Raw that has also had issues with Lee in the past, so that story can continue as well.

It would also make sense for Drew McIntyre to be on Team Raw since he’s been pushed so hard this year and he’s not in a match right now.

What was not mentioned in this preview is that Mustafa Ali, leader of the Retribution group, noted on Twitter that he plans to “turn the ship around” for his group, which would suggest that perhaps the group will be booked in a stronger way moving forward.

Tomorrow on #WWERAW I turn this ship around.

After all, “having no faith in us” is what made us in the first place.#RETRIBUTIONpic.twitter.com/IO6rdnaVUX

For Ali’s sake, as a fan of him, I hope it does lead to good things for the group, but I have no idea how they are going to be booked.

I’ll have a WWE Raw Deal review on Tuesday morning.

Ronda Rousey to WWE: Use Fine Money To “Help With Those Budget Cuts”

Plans For Seth Rollins At Clash At The Castle Revealed