Here’s what WWE has advertised so far for Monday’s Memorial Day edition of Raw. 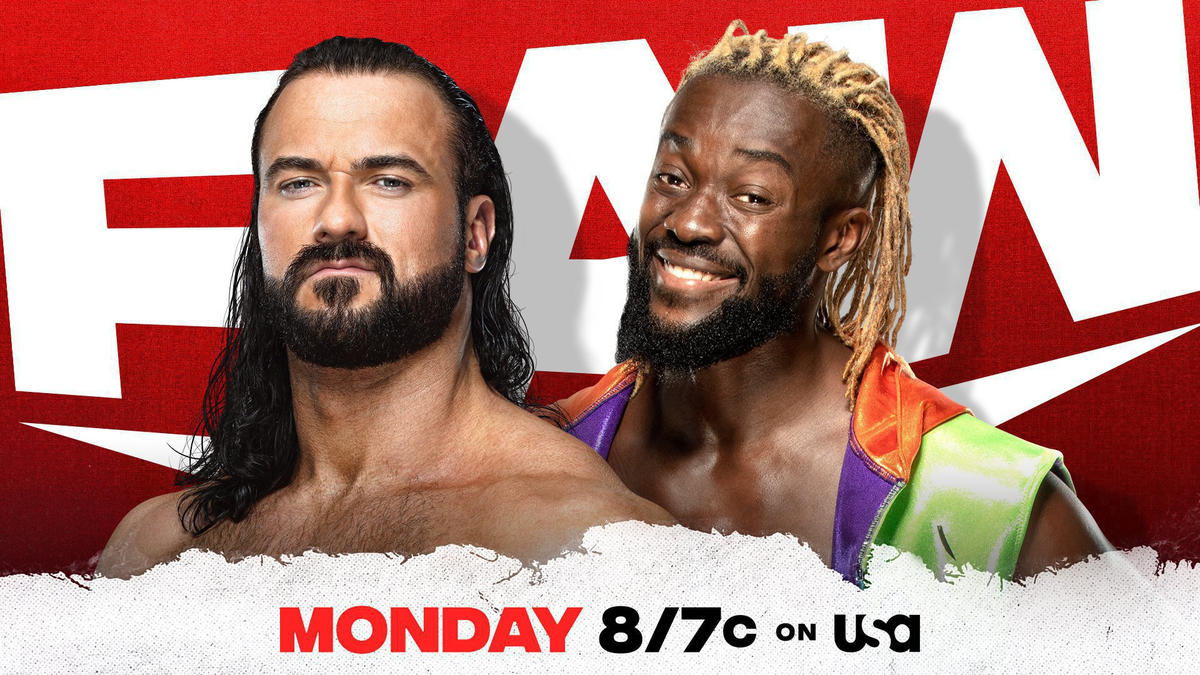 From WWE.com about this match:

Two beloved former WWE Champions will battle for the chance to achieve their golden dreams once again when Drew McIntyre and Kofi Kingston meet on Raw. The winner will earn a coveted WWE Title opportunity against Bobby Lashley at WWE Hell in a Cell.

The Scottish Warrior and The New Day standout share a mutual respect but put their supreme skills on display in last week’s battle. In the waning moments, the showdown was derailed by the incensed All Mighty champion whose attempts to regain control of his championship destiny was met with a crushing Claymore Kick.

Who will punch his ticket to a WWE Hell in a Cell championship clash and move one step closer to returning to the mountaintop?

Don’t miss the high-stakes match this Monday at 8/7 C on Raw.

TJR Thoughts: It’s a rematch from last week’s Raw when Drew and Kofi had a very good match. I think they can do even better this time. What it doesn’t say there is that Lashley/MVP will be suspended for 90 days if they get involved. With no Lashley/MVP appearance during the match, it should lead to a clean finish. I think Drew McIntyre will win this match. I also think the Lashley/McIntyre match at Hell in a Cell will be announced as a Hell in a Cell Match as well.

In the wake of the news that Raw Women’s Champion Rhea Ripley will battle Charlotte Flair at WWE Hell in a Cell, The Miz will welcome The Nightmare and The Queen to the most must-see talk show in WWE! Don’t miss a moment of the chaos on Monday Night Raw, this Monday at 8/7 C on USA.

TJR Thoughts: This will be the first time Miz is on since WrestleMania Backlash a few weeks ago. The Miz apparently tore his ACL in his knee that night, but we don’t know yet if he had major surgery that will cause him to miss 8-10 months or if it was a minor operation. I guess we can find out on Raw. As for the women, Charlotte will do her usual heel promo while Ripley will be the babyface that tries to shut her up when they have their match. 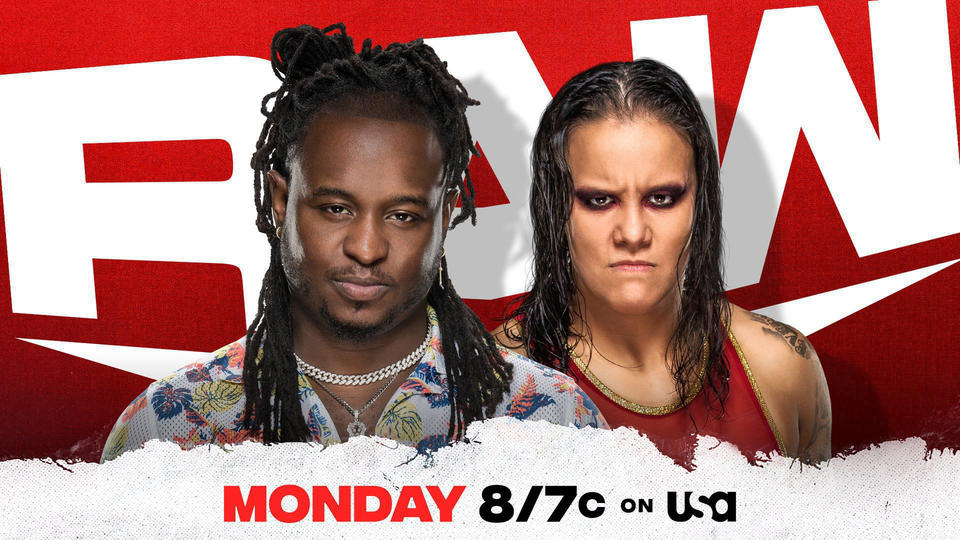 It seems that Reginald has been the target of a slew of mysterious attacks over the past few weeks, which has resulted in Shayna Baszler & Nia Jax losing several matches.

After Baszler was distracted by an unexplained explosion that seemed to be intended for Reginald during a WWE Women’s Tag Team Championship Match on Raw, The Queen of Spades will look to punish the sommelier in a one-on-one matchup. Find out what happens this Monday at 8/7 C on USA.

TJR Thoughts: My interest in this is low. We have seen Reginald matches in the past where he can do athletic moves, but he’s not allowed to strike his female opponent, so it’s tough to have an actual match. I assume Baszler will beat him. I can’t say I care too much.

That’s all that WWE is advertising for Raw at least for now.