A new match was added to the WWE Hell in a Cell lineup last night on Smackdown. Bianca Belair will defend the Smackdown Women’s Championship against Bayley for the second straight pay-per-view after successfully defeating Bayley last month at WrestleMania Backlash. Belair won her last match against Bayley in a clean manner although Bayley claimed it was cheap because Belair used her long hair to tie Bayley’s legs up during the pinfall in the match.

Ever since Bianca Belair captured the SmackDown Women’s Championship from Sasha Banks at WrestleMania, Bayley has been laughing at the proud titleholder. Although Belair defeated The Rode Model at WrestleMania Backlash, Bayley shrugged off that loss with claims that Belair had cheated by using her hair as a weapon.

Refusing to be disrespected any longer, The EST of WWE finally emerged on SmackDown and challenged her chuckling adversary to a matchup at WWE Hell in a Cell, where she promised that Bayley wouldn’t be laughing anymore.

The outspoken Bayley accepted the challenge via satellite and made it clear that after she beats Bianca at WWE Hell in a Cell, she will still be laughing, but that she won’t be the only one. In the wake of that emphatic statement, Bayley’s laughing image appeared all over the WWE ThunderDome, serving to further fuel the fire of their upcoming matchup on June 20.

Don’t miss the highly anticipated title clash on Sunday, June 20 at 8 ET/5 PT, streaming exclusively on Peacock in the United States and on WWE Network everywhere else.

TJR Thoughts: It would be a surprise to see Bayley win the title from Belair at Hell in a Cell. I think it’s just a way to give Belair another PPV win over a credible opponent. Sasha Banks hasn’t been since she lost to Belair at WrestleMania, so maybe WWE plans on doing a Belair/Banks rematch for a bigger show like SummerSlam in August. That would make sense to me.

That means the updated WWE Hell in a Cell lineup looks like this.

As of right now, none of the three matches have been announced as Hell in a Cell matches although that could change on Monday’s Raw.

This Monday, June 7th on Raw 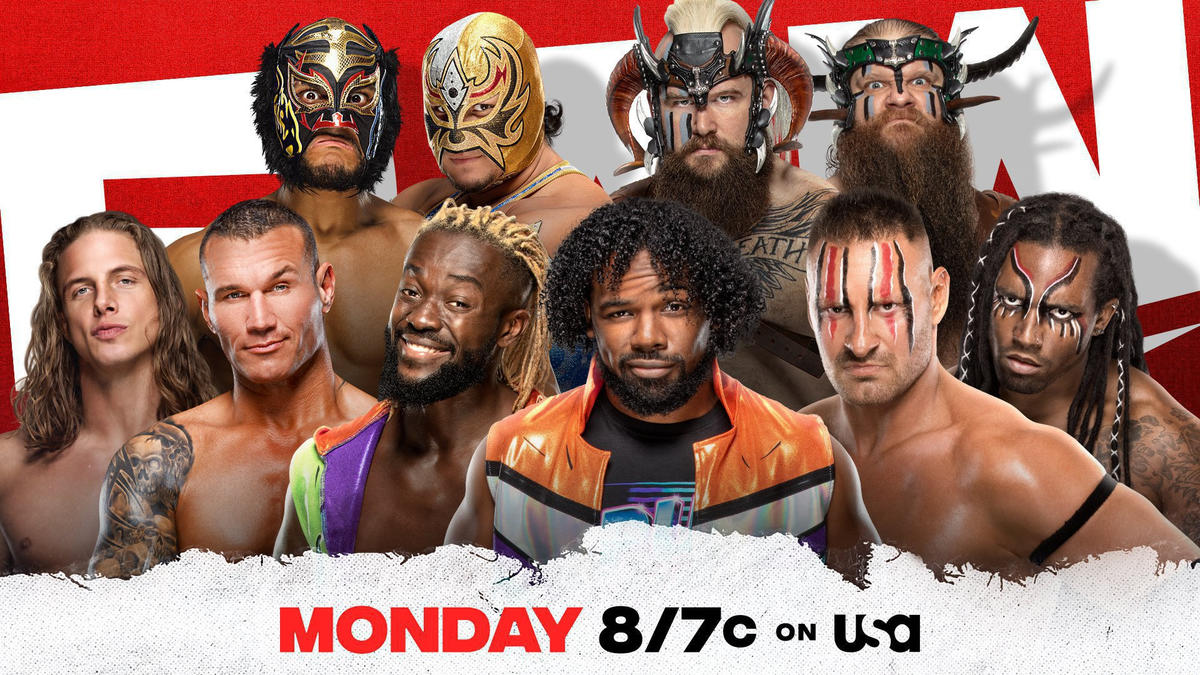 There are three things that have been advertised on Monday’s edition of WWE Raw.

Randy Orton & Riddle vs. The New Day vs. T-Bar & Mace vs. Lucha House Party vs. The Viking Raiders. The winners of that match get a Raw Tag Team Title shot against the champions AJ Styles & Omos. It doesn’t say if the title shot will be at Hell in a Cell, but that would make sense to do it there.

I don’t find these segments to be interesting at all, but WWE must feel like it’s some great idea that they need to advertise a “talk show” appearance. It was set up last week. I don’t know where it’s going, but that’s what they are advertising.

That’s all for now. Have a good weekend.