The AEW TNT Champion Wardlow has spoken up about how tough it was dealing with the drama surrounding MJF when they had a big match at Double Or Nothing.

When Wardlow started in AEW in 2019, he was in the role of the silent bodyguard of the cocky rich guy known as Maxwell Jacob Friedman (aka MJF). The duo had a lot of success in part because MJF benefitted from Wardlow helping him win matches or just getting the skin of MJF’s rivals. They even formed a brief group called The Pinnacle with Shawn Spears and FTR.

The split between MJF and Wardlow was a long-term storyline where MJF continued to ridicule the powerful Wardlow, who finally got sick of it. In the storyline, Wardlow worked for MJF and not for AEW.

As the story continued to grow, Wardlow refused to help MJF when he faced CM Punk at Revolution in March. Wardlow left MJF’s Dynamite Diamond Ring on the apron for CM Punk to use, so Punk used it and beat MJF in the Dog Collar Match.

That turn by Wardlow on MJF would solidify his start as a singles babyface wrestler. After months of wanting to be free from MJF, Wardlow finally earned his freedom when he defeated MJF easily at Double or Nothing in May.

Behind the scenes, there were a lot of issues going into Double or Nothing with MJF apparently happy about his role in AEW, how much money he makes and perhaps even wanting to be released from his contract. There were even rumors that MJF may not even show up for the match, but MJF eventually did show up for the match in Las Vegas. On the next Dynamite, MJF delivered a strong promo voicing his displeasure and hasn’t been on AEW programming for the last three months. 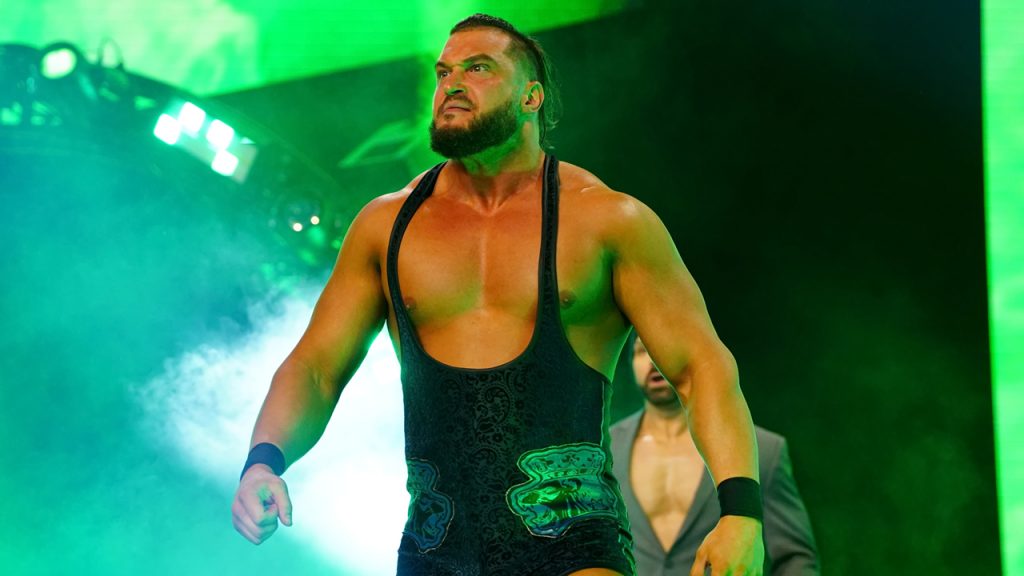 During their match at Double or Nothing, Wardlow dominated MJF and hit him with ten Powerbombs leading to the big win. Soon after that, Wardlow also went on to capture the TNT Title on the July 6 episode of Dynamite.

While talking to Stephanie Chase of Digital Spy, Wardlow talked about the events surrounding Double or Nothing in Las Vegas while adding that he wasn’t able to enjoy what should have been a great night for him:

“That should be considered one of the best nights of my life and it really wasn’t. Everything that was going on with Max at the time and then in my life personally. Just nothing was going right and it’s kind of sad that everything built up to this big night and there was so much that ruined it. All the crap with Max and everything he was pulling.”

“I mean, I showed up that day not knowing if I was wrestling. There’s a lot more I could say about it but I don’t want to get angry but yeah, that should have been one of the best nights of my life and obviously, the outcome was amazing but I really didn’t ever have the opportunity to enjoy it.”

Wardlow will be in action this Sunday, September 4 when he teams up with FTR against Jay Lethal and the Motor City Machine Guns.