Last night on AEW Dynamite, it was announced that Cody Rhodes will team with Pac against Malakai Black and Andrade El Idolo. There’s no stipulation on the match. It’s just a regular tag team match.

Cody Rhodes and Malakai Black have been feuding for several months, which led to multiple singles matches including Cody beating Black on the October 23 episode of Dynamite. Since then, Andrade El Idolo has gotten involved as an ally of Black and since Andrade was feuding with Pac, that has led to this tag team match.

The sides are becoming more even…@CodyRhodes and the #LuchaBros hit the ring to help @BASTARDPAC – Watch #AEWDynamite LIVE NATIONWIDE on @tntdrama NOW! pic.twitter.com/J6XQ9l4HgE

Another Full Gear match announced on Dynamite will see be the BUY-IN pre-show match. The match will see Nyla Rose team up with Jamie Hayter against Thunder Rosa and Hikaru Shida. There’s no storyline there. It’s just a women’s tag team match to put on the pre-show.

The rest of the card was already set up after last week’s television and there are now ten matches on the card.

Here’s the full lineup for AEW Full Gear for this Saturday, November 13. 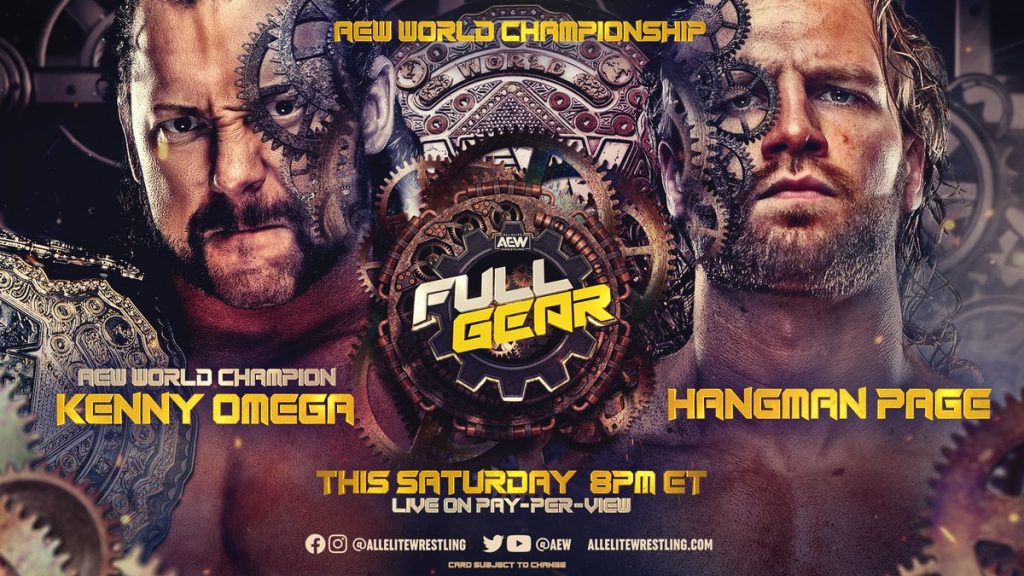 For information on how to order AEW Full Gear on Pay-Per-View, visit AEW’s website for more info.

We will have a very long AEW Full Gear preview on TJRWrestling on Friday and then a John Canton review of the show on Saturday night.