During the September 7th episode of AEW Dynamite, All Elite Wrestling President, Tony Khan addressed the fans in a pre-taped message where he announced that the AEW World Championship has been vacated. Khan would then announce the ‘Tournament of Champions’, which will crown a new champion.

The tournament will begin on tonight’s episode of Dynamite and is as follows:

The graphic shown on Dynamite is below: 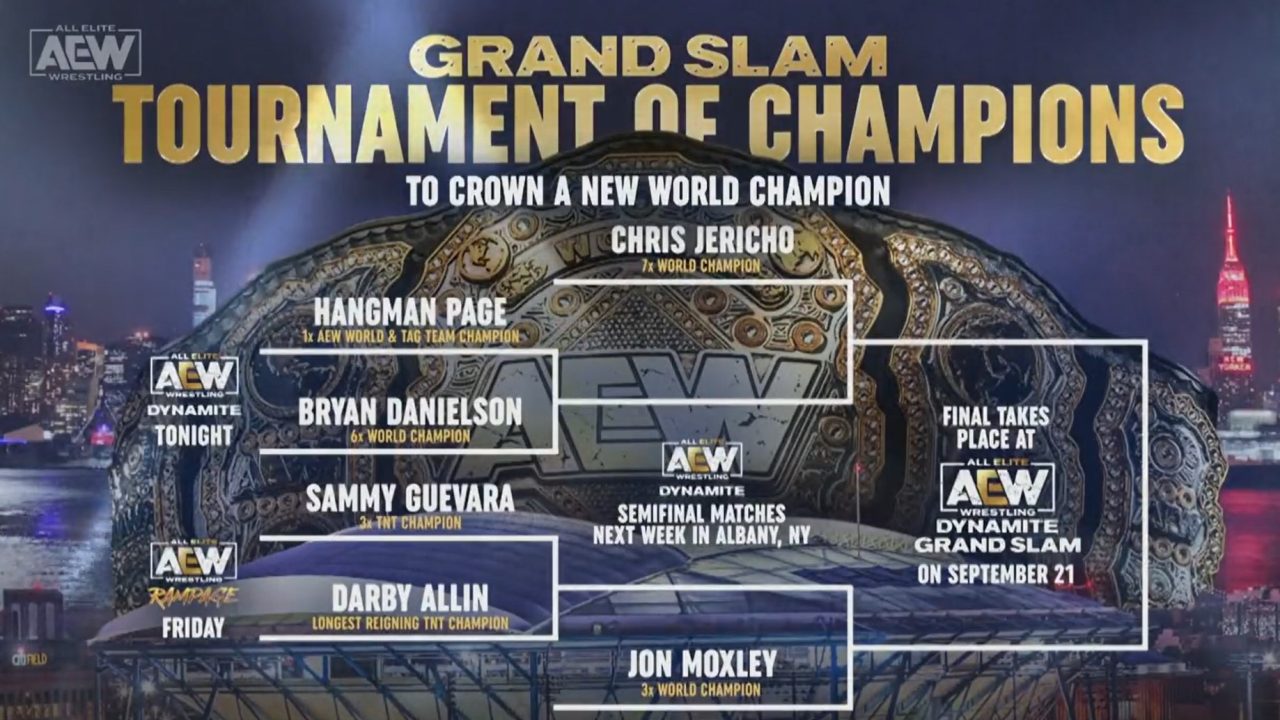 Following now-former AEW World Champion, CM Punk’s victory over Jon Moxley, this past weekend at All Out, Punk took part in a post-show media scrum, alongside Khan. Punk took aim at several of the company’s top stars including Adam Page, Colt Cabana, Kenny Omega, and Matt and Nick Jackson of The Young Bucks before departing, where he was reportedly confronted by Omega and The Bucks which ignited a physical brawl between the four, as well as Punk’s longtime friend and AEW Producer, Ace Steel. It’s been widely reported that Brandon Cutler, Michael Nakazawa, Christopher Daniels, and Pat Buck were also involved.

It’s also been reported that Punk suffered an injury during his match against Moxley, which was apparently aggravated during the altercation.

The verdict for many of those involved in the brawl has reportedly been revealed, more information on the fate of Punk, Omega, The Bucks, and everyone else can be found by clicking here.