World Wrestling Entertainment announced on Monday that the legendary tag team known as The Steiner Brothers will be inducted in the 2022 WWE Hall of Fame this Friday, April 1 in Dallas.

Rick and Scott were a very successful team in WCW, WWE and also in Japan. They also did very well as singles wrestlers with Scott becoming WCW World Champion in 2000. Rick’s son is former NXT Champion Bron Breakker, who will also challenge for the NXT Championship this Saturday at NXT Stand & Deliver in Dallas. 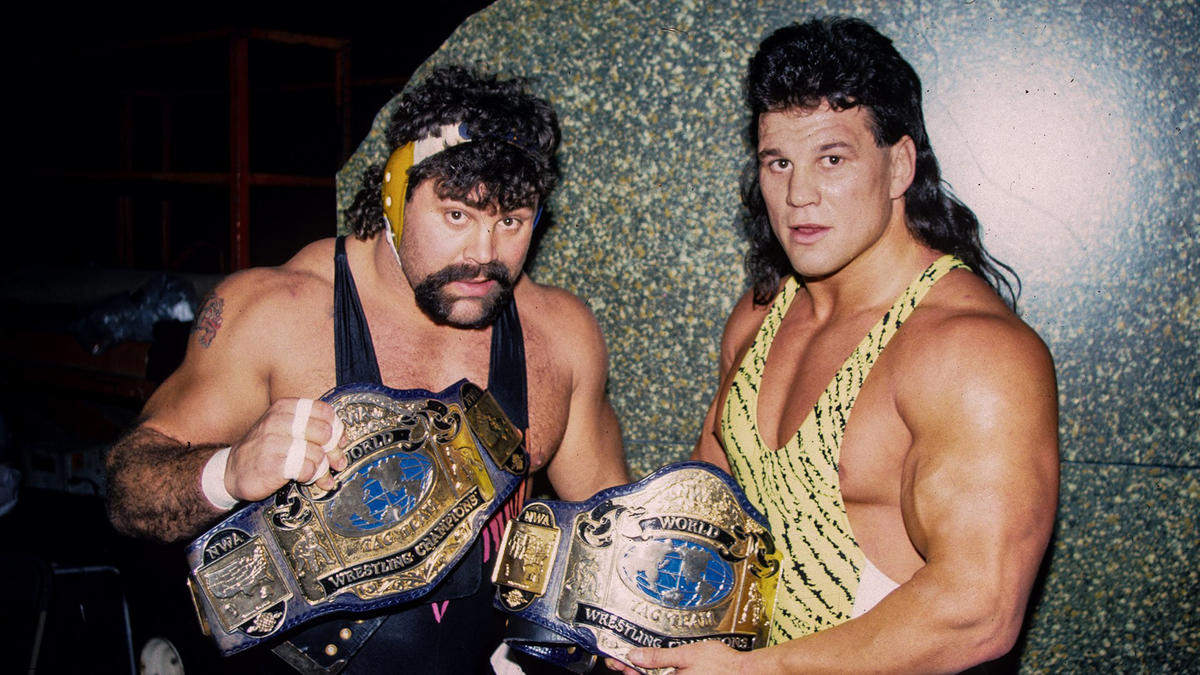 Here’s the official announcement from WWE on their website:

The WWE Hall of Fame ceremony will take place this Friday, April 1 at American Airlines Center in Dallas as part of WrestleMania Week. The event will stream live exclusively on Peacock in the U.S. and WWE Network everywhere else. In addition, for the first time in history, WWE will present both Friday Night SmackDown and the 2022 WWE Hall of Fame Ceremony live on the same night at American Airlines Center, giving all fans in attendance an unprecedented opportunity to witness both events for one price. Tickets for the special 2-for-1 SmackDown + Hall of Fame are now available via Ticketmaster.

The most successful of tag teams must be completely in synch and possess an ability to almost read each other’s thoughts. Arguably no one can find that level of connection better than family. Enter celebrated University of Michigan alumni Rick Steiner and Scott Steiner, sibling competitors who donned on the headgear (and/or mullet) and introduced an innovative in-ring style that helped them fight their way to the top of the mountain.

The Steiner Brothers first joined forces in 1989 and grew to become the face of tag team excellence as one of sports-entertainment’s most celebrated tag teams. Together, Rick and Scott lit up NWA Mid-Atlantic and NWA/WCW where they used their impressive mix of amateur and professional wrestling to capture the WCW Tag Team Titles seven times and the United States Tag Team Titles once. Their success was not entirely limited to the Atlanta-based organization, however. During their brief time in WWE in the early ’90s, the pair quickly made history by appearing on the first episode of Monday Night Raw in 1993, battling The Headshrinkers on The Grandest Stage of Them All at WrestleMania IX and winning the WWE Tag Team Championship twice. Following a short tenure with ECW in 1995, The Steiners then returned to WCW in 1996 and their impact was undeniable as they battled elite opposition like Harlem Heat and The Outsiders for the WCW Tag Team Titles.

Don’t miss when The Steiners take their place in sports-entertainment history during the 2022 WWE Hall of Fame Induction Ceremony this Friday, streaming live exclusively on Peacock in the U.S. and WWE Network everywhere else.

The other confirmed names for this year’s Hall of Fame ceremony are The Undertaker, Vader, Sharmell and Warrior Award Winner Shad Gaspard. Sycho Sid has been rumored as well, but that has not been announced by WWE yet.