Johnny Gargano is one of the biggest stars in WWE NXT history, but with his future in pro wrestling up in the air, WWE Hall of Famer Road Dogg has commented on why he thinks Gargano was never going to be on Vince McMahon’s show.

Gargano did it all in WWE’s NXT brand. He started in 2015, signed a contract in 2016 and went on to become an NXT Tag Team Champion with Tommaso Ciampa as they formed a team called #DIY. Gargano would also go on to have a successful singles run as an NXT Champion and the NXT North American Champion as well.

When Gargano’s WWE NXT contract expired in December 2021, he gave an emotional farewell speech to the NXT fans and viewers at home. Gargano has not wrestled a match since then, instead choosing to be home often with his wife Candace LeRae and their son Quill, who was born in February 2022.

A lot has changed in WWE since Gargano’s expired because Vince McMahon is no longer the WWE Chairman, CEO or Head of Creative. It’s now Triple H in charge of WWE’s Creative Team on the main roster and anybody that followed NXT over the last decade knows that Triple H and the other main man in charge of NXT, Shawn Michaels, think very highly of Gargano. 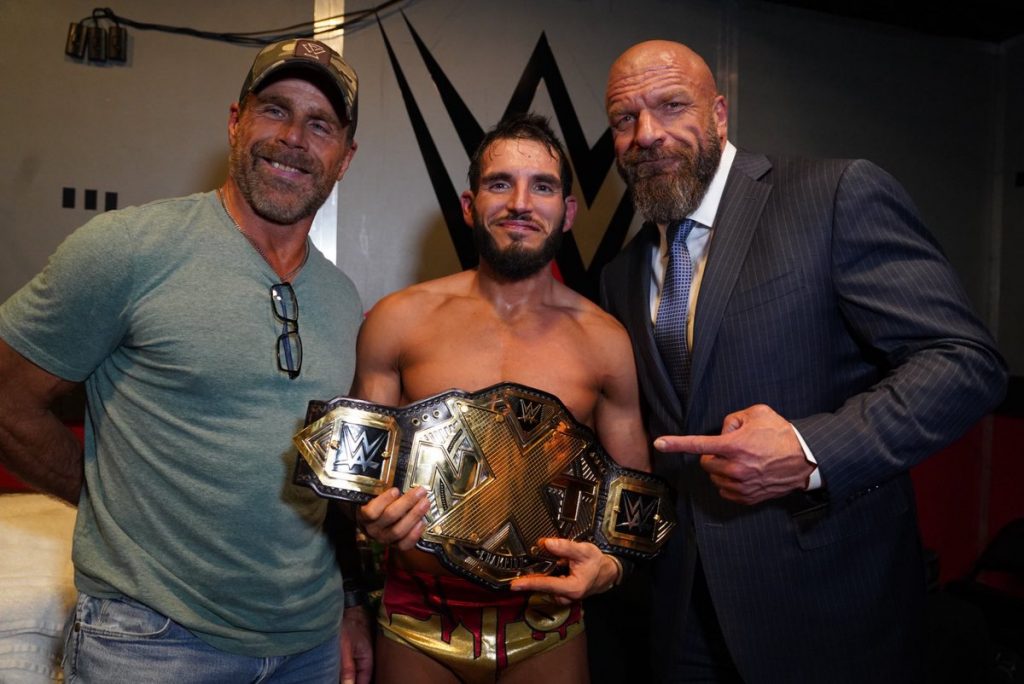 The common sense among fans is that Gargano has a better chance to be successful on the WWE roster now compared to when Vince McMahon was in charge. Why? Because Triple H knows what Gargano can do as a performer.

As questions continue about what’s next for the former NXT superstar, former WWE Producer/Creative team member Road Dogg (Brian James) has commented on how Gargano would have been viewed by Vince McMahon compared to how Triple H looks at him. Since Road Dogg worked on WWE Creative on Smackdown with Vince and with Triple H in NXT, he has a good perspective on this. Here’s what Road Dogg said recently on his ‘Oh… You Didn’t Know’ podcast.

“Vince, and everybody kind of knows, had an idea of what his wrestler looked like and it was Hulk Hogan, it was The Rock, it was Stone Cold. It was big, brawny, attractive, or hideous, whatever it is, but a bigger guy. Hunter is more of a wrestlers’ guy, a wrestling guy. He likes people that can wrestle really well. Look, Johnny Gargano would never be on Vince’s show, but there’s a good chance he’s on Hunter’s show, because he’s really good at wrestling.”

“I don’t think [Vince McMahon and Triple H] see things that differently, I just think they see things — one was a promoter and then became the owner of a company and then one was just a top guy Talent who learned from the school of hard knocks by being a top guy and working under Vince as to how to make business decisions and some life decisions, too, I would imagine. so, I think they both have very similar leadership strategies and we’ll get into that a little later but as far as talent, look, Vince likes a bigger guy and Hunter likes a better wrestler.”

As for Gargano’s future, it was recently reported that WWE has asked Shawn Michaels to reach out to Gargano to see if he had an interest in signing with WWE for what is assumed to be a run on the main roster (Raw or Smackdown).

Last week on Raw, Dexter Lumis appeared in the crowd. Lumis was associated with Gargano in NXT when Lumis “married” Indi Hartwell, who was part of Gargano’s group called The Way.

Gargano turned 35 years old on Sunday and posted this message with his family.

Thank you all for the Birthday wishes!

It's been said that 35 is when most pro wrestlers really start hitting their "prime" years..

Inside the ring I can't confirm that just yet.. but outside of it.. I know for a fact that these are definitely my "prime" years! ❤️ pic.twitter.com/aakDc2HnZx

Bayley Reacts To Clash At The Castle Crowd Singing For Her