The WWE Champion Drew McIntyre has had a very good 2020 as the Royal Rumble, then the man that won the WWE Title from Brock Lesnar at WrestleMania and he’s kept on winning ever since then. Drew’s opponent at The Horror Show at Extreme Rules on July 19 is Dolph Ziggler. It would be a surprise if McIntyre lost the title to Ziggler, who will put up a fight as well as a good match, but Ziggler’s not going to win.

There are also rumors out there that Drew’s opponent at WWE SummerSlam on August 23 will be Randy Orton. Whether that’s actually the plan or simply common sense from fans that watch the product, it’s clear that Orton is doing some great work on Raw right now, so it wouldn’t be a surprise if he stepped up at one of WWE’s biggest shows to go after McIntyre. There were also rumors that McIntyre may face Brock Lesnar at SummerSlam. We’ll see what is true after Extreme Rules. The Orton match makes sense, but if Brock comes back, that would work also. 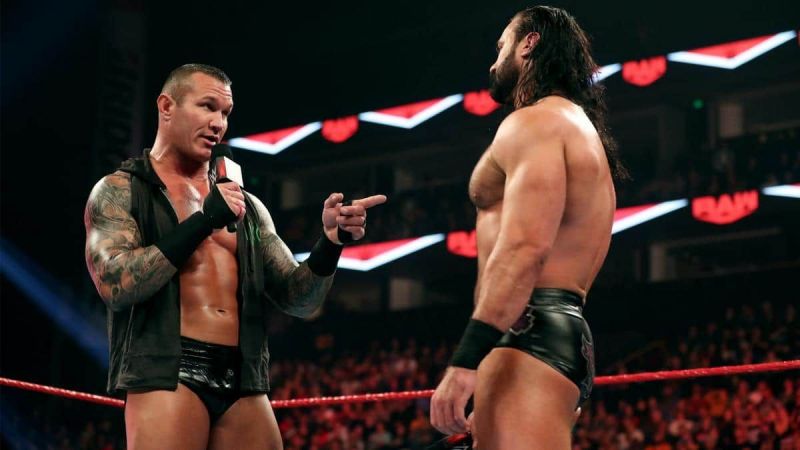 McIntyre recently talked to Alex McCarthy of Talksport, who brought up the McIntyre/Orton SummerSlam rumors and McIntyre seemed to support the idea:

“I’m excited at the prospect of me and Randy if it comes together. I hope it happens, the internet seems to know about it before I do [laughs].”

McIntyre went on to explain that he liked the idea of facing Orton because Orton is an established top guy.

“For me, I need somebody who is really going to make me work up to their level. I’m in a place where I’m building as a new champion and we don’t have an audience to show the new fans they should be reacting to me in a certain way right now. It is very much every week, I’m starting from square one in my mind to get over every single week.”

“Because there might be a new viewer watching and I’ve got to tell them who I am, explain Drew McIntyre and why they should be behind me and I think with Randy Orton, he’s so well established and instantly recognisable, he’s so good at his role that it would make me have to work up to his level or I would drown.”

In the interview, McIntyre also spoke more about the possible story. Drew explained how he and Orton both had a lot of opportunities early in their WWE careers, they had to learn from it and get better because of it.

McIntyre also talked to Talksport about what happened this past Monday on Raw when McIntyre was confronted by his former 3MB stablemate and one of his best friends, Heath Slater. It was Heath’s first time on WWE TV since mid-April when he was released by the company. Slater wasn’t re-hired by WWE, but the company used him because it was still within the 90-day no-compete clause window. After Slater got mad at Drew for not caring about him, they had a very short match that McIntyre won and then the two men hugged because friendship mattered more than bitterness. McIntyre revealed that it was his idea.

“The moment at the end was very special and I was very much pushing for that idea to happen. I think I saw something on the internet saying I was behind it and I’m thinking how are they getting this information?! But yeah, I played a big part in making it happen and to be honest, Heath was a little bit against it and I spoke to my wife right before the phone call I made to Heath to try and convince him to come onto the show for the segment.”

“She reminded me how I felt at the time when I was released and sure enough, he felt the same. He appreciated the opportunity with WWE, it was where he had made his name, but mentally he has moved on.”

McIntyre explained how the story involved Slater making it seem like Drew was a bad friend because he didn’t check up on Slater and Drew felt that it was good for his character.

“In an arena, I’d have been booed to pieces for being such a terrible friend, but in this environment I think it’s important to show my character is flawed, because I am. Like [John] Cena is Superman and Roman can be bulletproof a lot of the time, but I think Drew McIntyre is Drew Galloway.”

“I am a flawed person and Dolph tried to put me in a difficult situation, showing maybe I haven’t been as attentive to my friend as I should have been in front of the world. That shows I’m a human being, you saw it in my face. You saw Drew Galloway. Then it’s like ‘I feel really bad here. I’ll give you what you want,’ and at the end we reunited, we overcame Dolph and I think it’s important for my character to show those flaws.”

“It allows us to be different and tell stories with more layers and depth in this environment, and that’s the environment we’re in right now – but Heath killed it more importantly!”

Drew went on to say that he was hoping to work with his other 3MB stablemate Jinder Mahal as well, but Mahal is currently out of action after knee surgery.

“With Jinder and I, it’s the same deal. He’s a very, very close friend. One of my best friends in the world. He’s been through those rough, rough times with me and I’m very much an open book, I’ve grown up in front of the camera, I’ve grown up in wrestling and everyone has seen my entire life or heard about – half of it is not true! But a lot of it is – and he’s been there in those hotel rooms when I was really struggling and a lot of personal things were going on.”

Good stuff from McIntyre. We don’t know when this WWE Title run is going to end, but he has been a bright spot on WWE programming this year.

“The Next Ric Flair” – Jim Cornette On WWE Icon