A former NXT Cruiserweight Champion has decided to leave WWE this week. Kushida has chosen to let his contract expire, and will now reportedly return to NJPW. Kushida signed with NXT in 2019, after spending nine years in NJPW were he won multiple championships. Kushida never found the same success with the WWE, although he did hold the NXT Cruiserweight Championship for 161 days. Kushida clearly could not wait to get out of NXT and back to Japan, as he reportedly ran out of there at speeds of 88 mph. (TJRWrestling)

9. NXT Spring Breakin’ to Take Place on May 3rd

NXT announced this week that they will have another television special. NXT Spring Breakin’ will take place on May 3rd, with two title matches already being announced. NXT North American Champion Cameron Grimes will defend in a Triple Threat Match against Solo Sikoa and Carmelo Hayes. Also, NXT Champion Bron Breakker will put his title on the line against Joe Gacy. We will have to see if this Spring Break is as exciting as my college Spring Break days of watching movies and playing Dungeons and Dragons. (TJRWrestling) 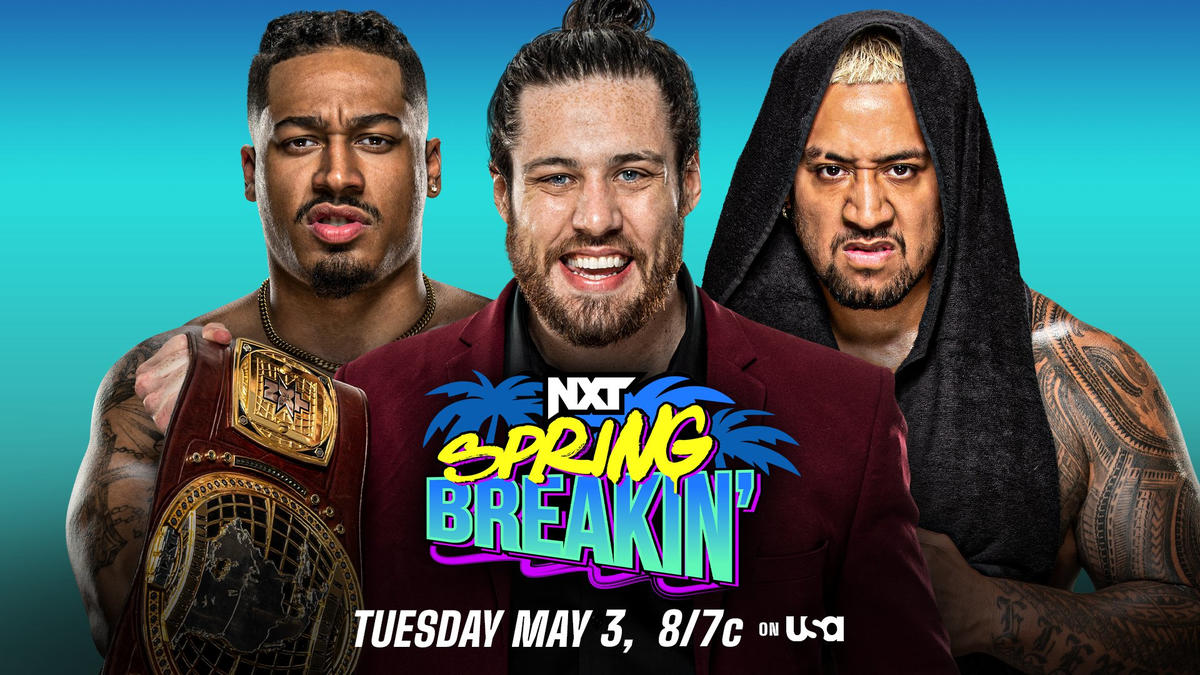 8. Mike Tyson Punches a Man During a JetBlue Flight

There are simply some things you should never do; tug on Superman’s cape, eat yellow snow and you definitely should not antagonize Mike Tyson. Unfortunately for a drunken passenger on a JetBlue flight this week, he had to learn the last one the hard way. Tyson was waiting to take off on a JetBlue flight from San Fransisco, when a passenger sitting behind him kept antagonizing him with Tyson’s reps saying the guy also threw water on Mike. Tyson reportedly asked the passenger to chill, but the passenger kept pestering him. Tyson then proceeded to turn around and punch the passenger several times, bloodying his face. Tyson then exited the plane seconds later, and the incident was reported to the San Fransisco police. Besides being a former Heavyweight Boxing Champion, Tyson is also a WWE Hall of Famer and has appeared for AEW on several occasions (including a famous yawn during a match). Clearly this passenger must have been really drunk or really stupid to antagonize Tyson, as he reportedly didn’t even have Doc Louis training him. (TMZ)

Mike Tyson appears to beat up some fan that pissed him off while on a plane.

7. Edge and AJ Styles to Have a Rematch at WrestleMania Backlash

Another big WrestleMania 38 rematch was announced this week. This past Monday on Raw, Edge challenged AJ Styles to a match at WrestleMania Backlash on Sunday, May 8th. Edge actually defeated Styles at WrestleMania 38, but claimed that Styles is the only one brave enough to face him. Later on in the evening, Styles was interviewed and accepted Edge’s challenge. Soon after accepting the challenge, the room went dark, there was mysterious purple light and Styles was attacked by Edge as well as Damien Priest. Edge and Priest focused their attack on Styles’ left arm, seemingly injuring it. Styles will now likely have to try to single handedly try to overcome both Edge and Priest at WrestleMania Backlash. (TJRWrestling) 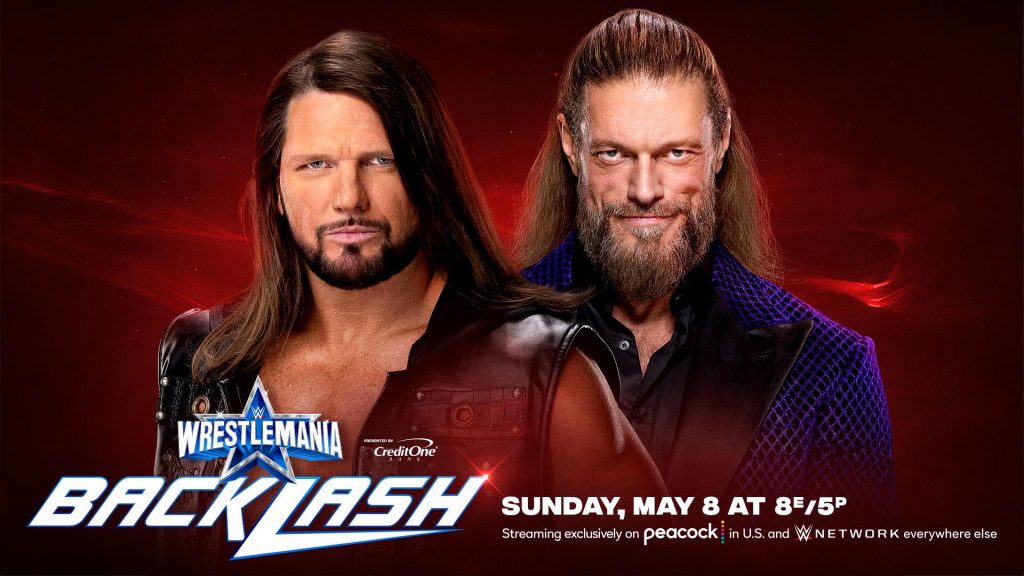 It looks like we may now know who will be facing “Hangman” Adam Page for the AEW World Championship at Double or Nothing on May 29th. This past Wednesday on Dynamite, CM Punk defeated Dustin Rhodes in a excellent match. As Punk was leaving the arena, Page’s music suddenly hit with the champion coming out. Page and Punk then stared eachother down, before the show went to commercial. Punk and Page now seemed destined to face off at Double or Nothing, with Tony Khan likely making a huge announcement about it any day now. (TJRWrestling)

The team of Rhea Ripley and Liv Morgan are no more. This past Monday on Raw, Ripley and Morgan once again tried to defeat Naomi and Sasha Banks for the WWE Women’s Tag Team Championship’s. After once again failing to capture the titles, Ripley shockingly attacked Morgan after the match. Later in the night Ripley was asked by Sarah Schreiber to explain her actions, with her asking back “what entitled her to an explanation?” Ripley is rumored to be joining Edge and Damien Priest’s faction, likely as soon as she learns how to kneel creepily in a purple light. (TJRWrestling)

After May 8th there will only be one set of tag team champions in WWE. This past Friday on Smackdown, WWE announced that RK-Bro and The Usos will each put up their titles at WrestleMania Backlash on May 7th in a Winner Take All Championship Unification Match. Jimmy Uso and Riddle faced each other in the main event of Smackdown with Riddle getting the win. This will be the first time that the Tag Titles have been unified since 2016. Even with the unification, there are reportedly no plans to end the brand split, as they will just likely keep releasing wrestlers until it is just Roman Reigns and The Usos standing in the ring with all the titles for three hours instead. (TJRWrestling) 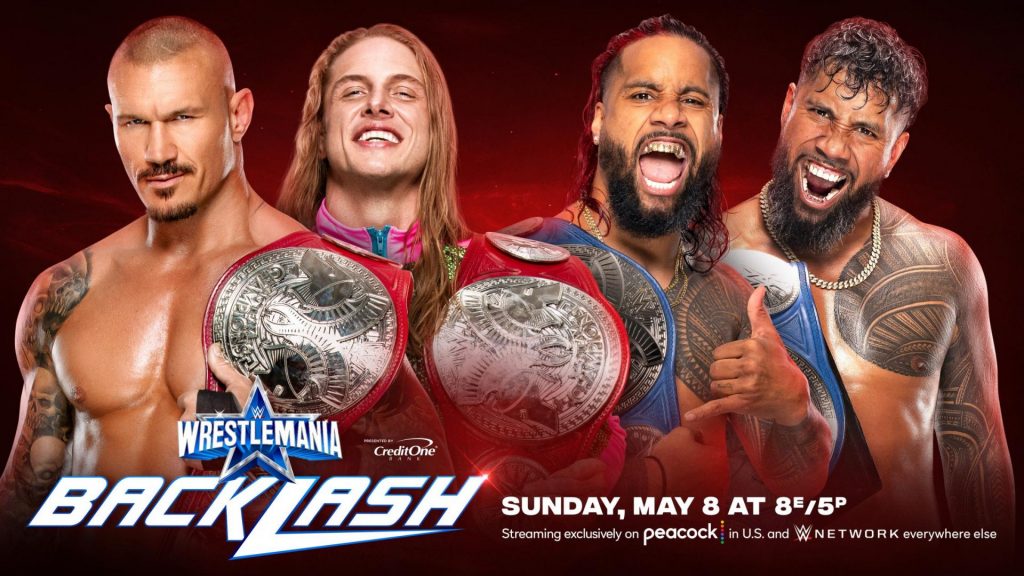 3. Sammy Guevara Captures the TNT Championship for the Third Time

For the third time in just seven months, Sammy Guevara is the TNT Champion. This past Saturday at AEW Battle of the Belts 2, Guevara defeated Scorpio Sky to capture the TNT Championship. The finish of the match saw Guevara hit Sky with a low blow, to cheat and get the win. During the match, Guevara got the “John Cena Treatment” of “Let’s Go Sammy/Sammy Sucks” chants. Guevara and Cena actually have a lot in common, as they also both asked their girlfriends to marry them inside a wrestling ring and then dumped them a few months later. (TJRWrestling)

After losing his first name last week, it did not take Theory long to find success in the WWE. This past Monday on Raw, Theory defeated Finn Bálor to capture the WWE United States Championship. After his big win, Vince McMahon came out to celebrate and take a selfie with Theory. Theory is actually the youngest person to ever hold the United States Championship, at just 24 years old. Although that truly is impressive, it does mean that it will be another 30 years before Theory can defend the title in Saudi Arabia.

You can hate me now, but I won't stop now🚀 #andnew#uschamp#ATownDown#allday#wwepic.twitter.com/YIdlht6DCl

Tony Khan gave his monthly “huge announcement” this week on Dynamite. Khan appeared on the show with NJPW President Takami Ohbari to make his announcement, but was suddenly interrupted by Adam Cole. Cole then made the announcement that AEW and NJPW will be putting on a joint PPV on Sunday June 26th in Chicago. The event will be called “Forbidden Door” and will feature wrestlers from both AEW and NJPW going head to head. Fans will not have to actually wait for June 26th to see NJPW and AEW stars face off, as Adam Cole is scheduled to face Tomohiro Ishii in a Owen Hart Cup Qualifying match tonight on Rampage. Upon hearing the news of the joint show, Dave Meltzer immediately told his wife and children that it was the happiest day of his life. (TJRWrestling)

Running out of words to describe our excitement #AEWDynamitepic.twitter.com/S4mWYAfBVd 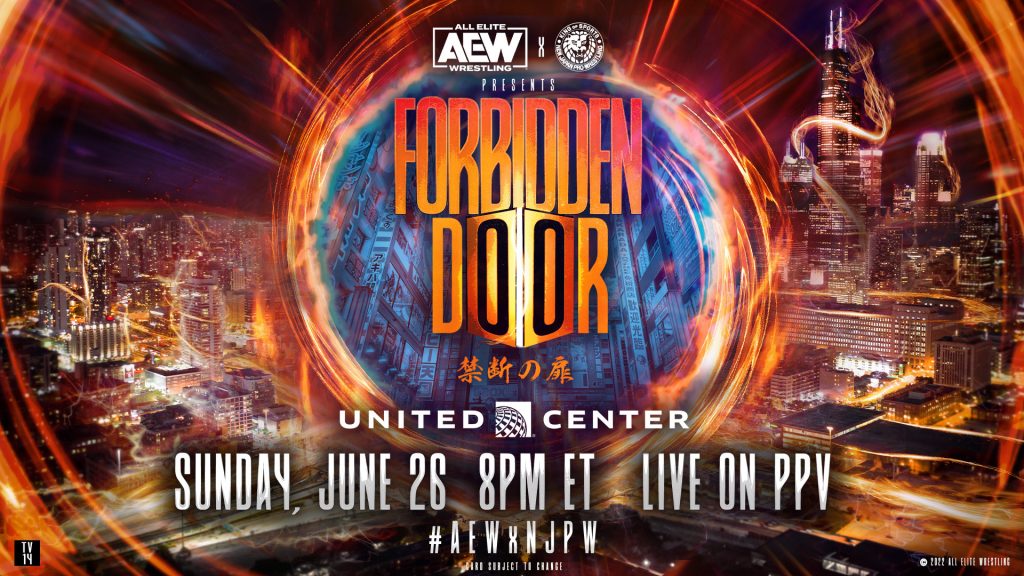 That concludes another edition of The Top Ten Wrestling Stories of the Week. Thank you for taking the time to read this each week. Although I often joke, I have recently started refereeing with NYCW and respect more than ever what wrestlers do every week. I wrote an article all about it all right here. If you like what I do, despite my jokes being almost as bad as pissing off Mike Tyson, then follow me on Twitter @Fowlerwrestlin1.