Welcome back, TJR readers! Did you spend all day Friday working on your Husky the Pig mask, and missed WWE Smackdown? Perhaps you spent all day Monday trying to ignore your family at Canadian Thanksgiving and missed Raw.

We now know who will be challenging Mandy Rose for the NXT Women’s Championship at Halloween Havoc on October 22nd. This past Tuesday on NXT, Alba Fyre announced that she will be the one facing Rose. Fyre actually kidnapped Rose the previous week on NXT, with Fyre stating that she used her “joyride” with Rose to force her into accepting the match. Tuesday was not all good for Fyre, however, as after she defeated Jacy Jayne in a match she was suddenly attacked by a hooded figure from the crowd. The hooded figure then revealed herself to be Sonia Deville, who with the help of Jayne and Gigi Dolin would put Fyre through the announce table. Fyre will now have to face Deville this coming Tuesday on NXT, just four days before Halloween Havoc. Deville and Rose are best friends that have a “Damandyz Donuts” business together, so they might try to poison Fyre with the dreaded chocolate glaze donut of doom. (TJRWrestling) 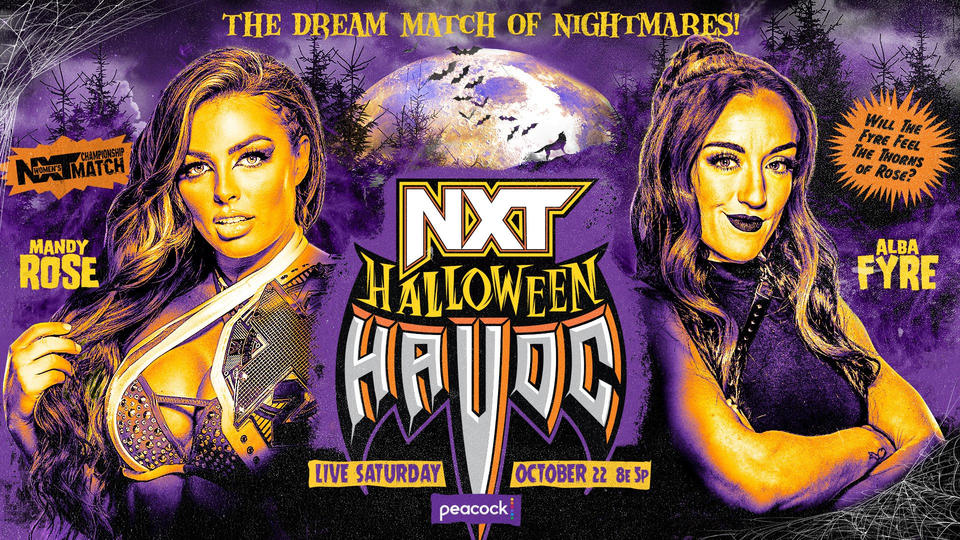 AEW doesn’t have to worry about losing its World Champion to another company for a very long time. This past Friday, Tony Khan issued a press release announcing that Jon Moxley had signed a five-year extension with AEW. It was also announced that Moxley will be wrestling exclusively for AEW and AEW’s partners, meaning he will no longer be appearing at random indy wrestling appearances. Moxley will also begin coaching and mentoring duties for AEW, starting with teaching the talent the proper way to treat a bite wound. (TJRWrestling) 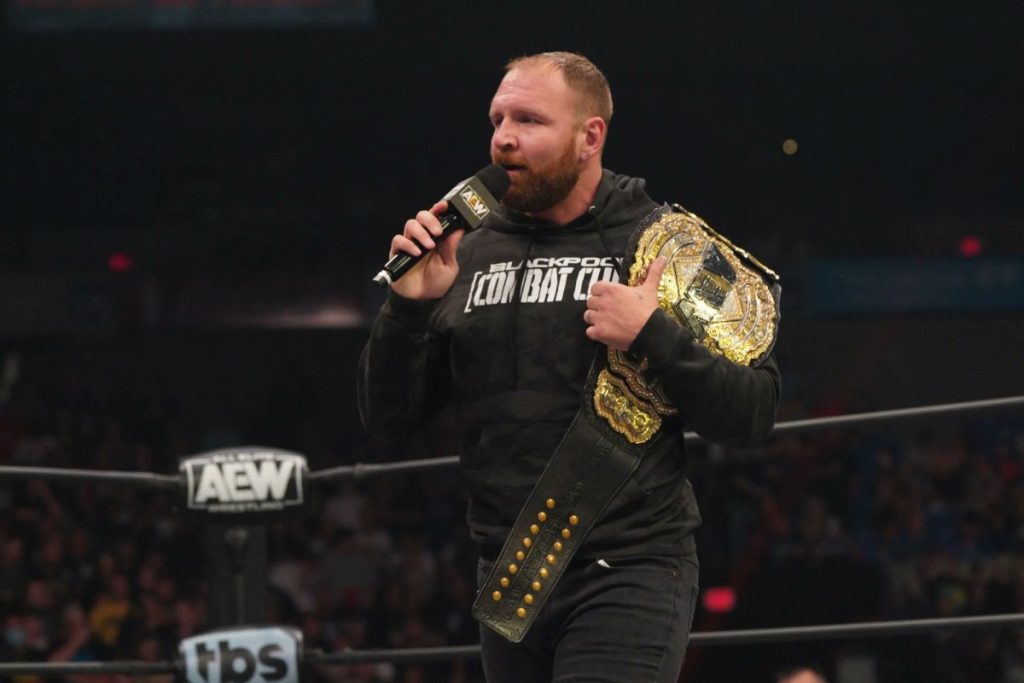 AEW signed a big name to its commentary team this week. This past Wednesday, Tony Khan announced on Twitter that Renee Paquette has signed with AEW. Paquette would then debut a few hours later on Dynamite, doing a brief interview with Christian Cage. Paquette has not been involved with wrestling since leaving the WWE in 2020, and has since had a daughter with husband Jon Moxley. Paquette will now not only help with the interviewing duties with AEW, but will also help stitch up her husband after every match. (TJRWrestling)

The former Queen of WWE has returned. This past Friday on Smackdown, Zelina Vega made her surprise return. Vega joined along with three masked assailants in an attack on Hit Row. After the attack, the assailants would unmask to reveal Santos Escobar, Joaquin Wilde, and Cruz Del Toro of Legado del Fantasma. Vega had not been seen on WWE television since the Raw after WrestleMania 38, whereas Legado del Fantasma was last seen on NXT last August. Vega should be a great addition to Fantasma, as the last guy she managed has really been punching his way to the top in AEW. (TJRWrestling) 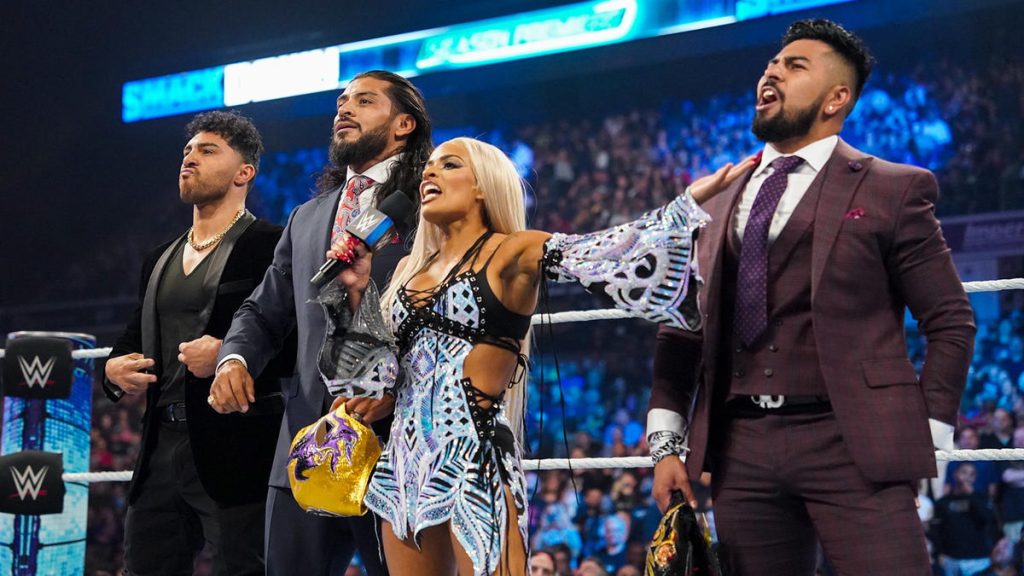 6. Gallows and Anderson Return to the WWE

AJ Styles called up some old friends to back him up this week on Raw. During an in-ring promo, The Judgement Day once again offered Styles an opportunity to join their group. Styles at first seemed to be accepting the offer, by stating that he is at a point in his life where he needs friends and family. Styles then told Finn Bálor of Judgement Day he wasn’t talking about him however, before introducing his old OC teammates Luke Gallows and Karl Anderson. The OC then beat down Judgement Day to end the segment. Interestingly, Anderson is the current NJPW Never Openweight Champion as well. Honestly, NJPW has so many titles, however, that they probably won’t even notice it is missing. (TJRWrestling)

Orange Cassidy has finally captured gold in AEW. This past Wednesday on Dynamite, Cassidy defeated Pac to capture the AEW All-Atlantic Championship. Cassidy has been a part of AEW since its inception, with this being his first championship gold with the company. As for Pac, all is not lost as he is still one-third of the AEW Trios Champions with his other Death Triangle partners Fenix and Penta El Zero. The AEW All-Atlantic Championship was originally thought to be a title for competitors outside of the United States, but since Cassidy is from New Jersey he qualifies. (TJRWrestling) 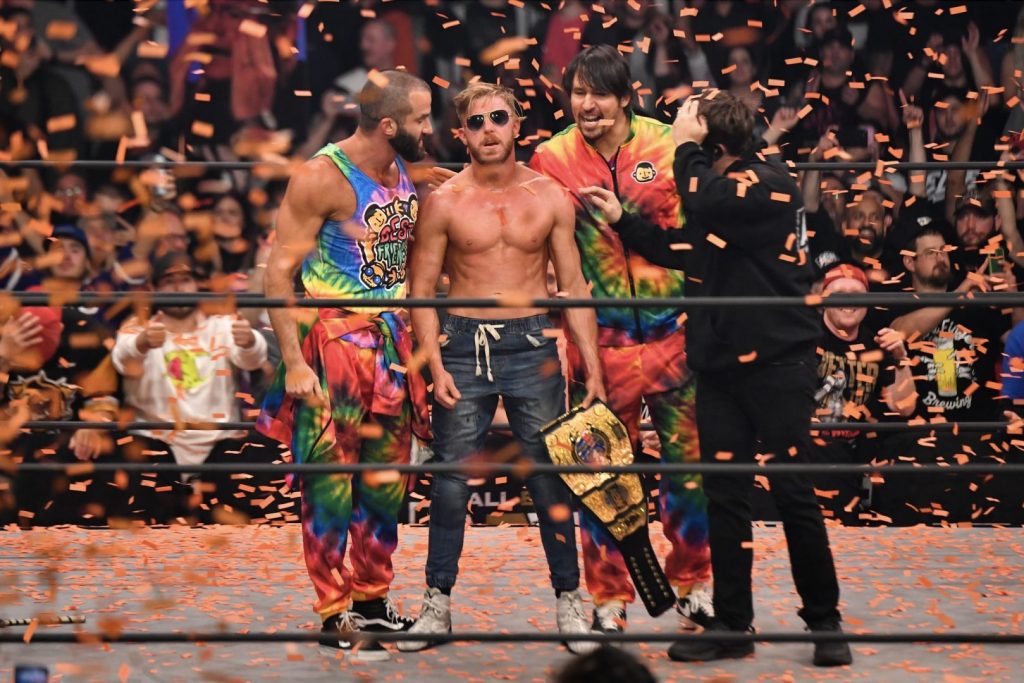 Ronda Rousey is once again the WWE Smackdown Women’s Champion. This past Saturday at WWE Extreme Rules, Rousey tapped out Liv Morgan in an Extreme Rules Match to recapture the Smackdown Women’s Championship. Morgan had captured the title from Rousey at Money in the Bank last July, after cashing in the briefcase she had won earlier in the evening. Interestingly, Morgan was laughing as she was being choked out by Rousey, and continued to laugh even after losing the match. It is unclear if Morgan laughing was the start of a character change, or if she was just happy that her match lasted way longer than any women’s match in AEW. (TJRWrestling) 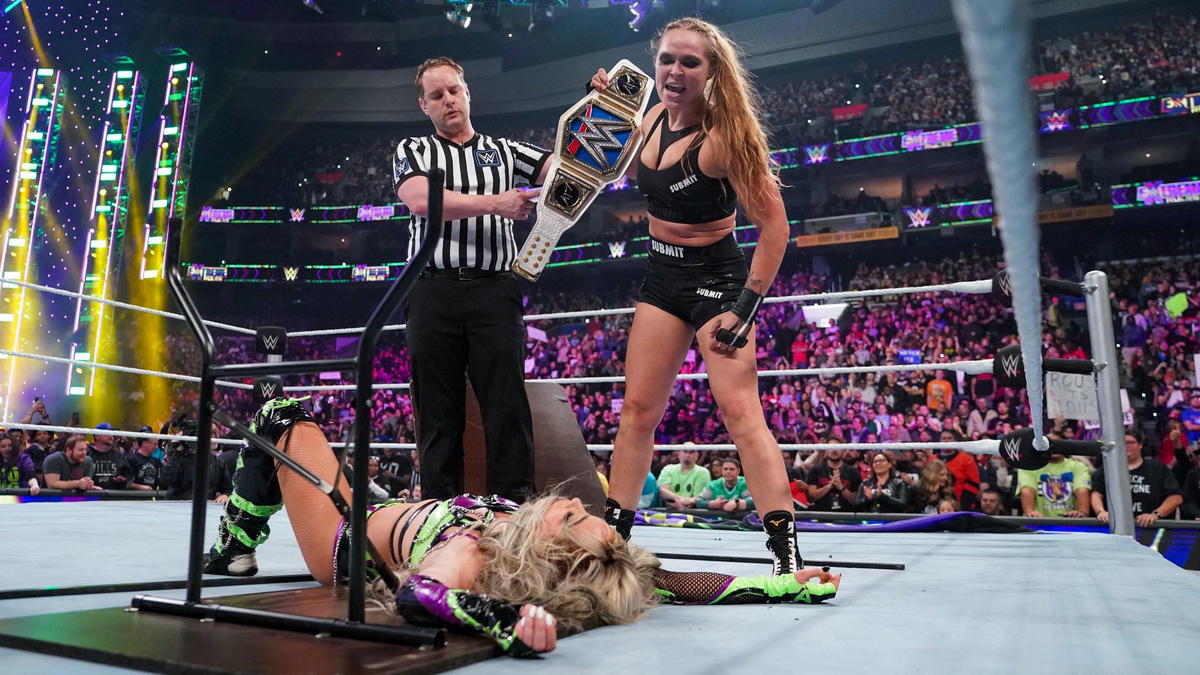 With WWE Crown Jewel just a little over three weeks away, it appears WWE is setting up a huge match for the marquee event. This past Monday on Raw, Bobby Lashley was giving a promo in the ring. Suddenly, familiar music interrupted Lashley, and Brock Lesnar shockingly came down to the ring. Lesnar then proceeded to brutally attack Lashley, leaving him battered and beaten in the ring. Lashley defeated Lesnar for the WWE World Championship at the Royal Rumble this past January (thanks to Roman Reigns & Paul Heyman), with Lesnar now appearing to want to avenge that loss. Lesnar has not been seen in the WWE since losing to Roman Reigns at SummerSlam this past August. Lesnar may have wanted to avenge that loss at Crown Jewel, but Logan Paul had already earned the match with Reigns by having more Twitter followers or something. (TJRWrestling)

It really was not a good night for Bobby Lashley this past Monday on Raw. Immediately after Lashley was shockingly decimated by a returning Brock Lesnar, Seth Rollins came down for their scheduled WWE United States Championship Match. A wounded Lashley would put up a valiant fight, but in the end, Rollins was able to defeat Lashley to capture the title. With the victory, Rollins is now both a two-time United States Champion and a two-time Grand Slam Champion. Incredibly, this is the first singles championship that Rollins has held since 2019. Rollins has gotten married and had a child in the last few years, which I guess is almost as good as winning a championship. (TJRWrestling)

The mystery of the White Rabbit was finally revealed this past Saturday at Extreme Rules. After Matt Riddle defeated Seth Rollins in the main event of the evening, it appeared the night was going to end without the White Rabbit being revealed. As Riddle was walking out however, the lights suddenly went out in the arena. As the fans in the arena all turned on their phone flashlights, “He’s Got The Whole World In His Hands” played throughout the arena. The spotlight in the arena then focused on life-size characters from the Firefly Funhouse, as the camera then zoomed in to a door with a bright light behind it. Suddenly the door blasted open and a masked figure came out with a lantern. The figure then removed his mask, revealing that after over a year away Bray Wyatt has returned to the WWE. It was revealed that Wyatt will be a member of the Smackdown brand, and will be appearing tonight on the show. We shall have to see if this Wyatt will reach his full potential, or if he will just end up smoldering out like last time. (TJRWrestling)

That concludes another edition of The Top Ten Wrestling Stories of the Week. Although I often joke, I have recently started refereeing with NYCW and FCWA, and respect more than ever what wrestlers do every week. I wrote an article all about it all right here. If you like what I do, despite my jokes being almost as bad as House committee subpoena. Then follow me on Twitter @Fowlerwrestlin1. Thank you for taking the time to read this each week.