It’s a special episode of NXT this week. It’s called Heatwave featuring five matches with three titles on the line.

The Heatwave episode of NXT airs Tuesday night at 8pm ET/7pm ET on USA Network in the US and wherever you may watch the show. I think the reason WWE does it that way instead of putting it on the weekend as a Premium Live Event is to boost the ratings for NXT and I think it should work because it’s a good card.

I also know that the NXT brand isn’t as popular as it was in the “black and gold” era, but I think their shows are getting better. If you’re one of those fans that doesn’t watch NXT or is thinking about giving it a try, I think this will be a good show to watch. There’s been some good build to some of the matches. I think it will be one of their better episodes of the year. 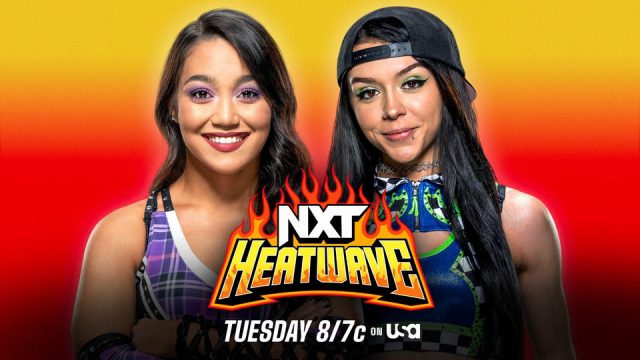 They were best friends that became NXT Women’s Tag Team Champions, but then Cora decided to turn on Roxanne out of jealousy because Roxanne was getting an NXT Women’s Title shot instead of her. Cora did well as a face over the last year, but I think she’s got a lot of confidence as a heel. Roxanne is 20 years old (21 in November) and Cora is 21 already since they are both born in 2001. What that means is they are just getting started in WWE and this rivalry could be the beginning of long careers for them where they are friends or enemies for many years to come. It’s kind of Sasha Banks and Bayley or Becky Lynch and Charlotte Flair where their careers will always be linked.

I think either woman could win here and it would make sense. What I’m going with is Cora cheating to win in order to set up another match between them with a stipulation and I would have Roxanne win that one. Roxanne should get her payback on Cora for turning, but it doesn’t have to be here. I pick Cora in this match. 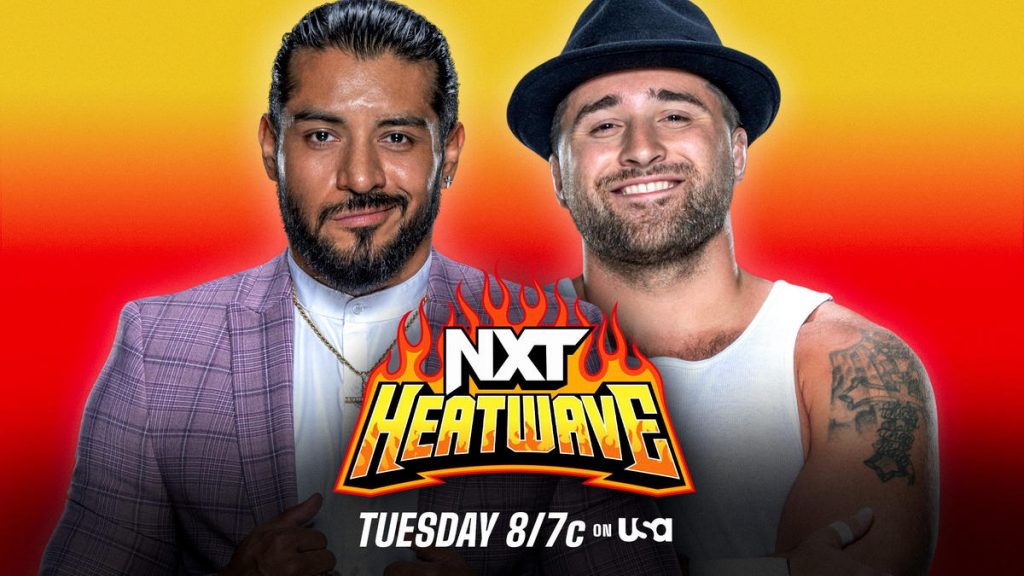 If Escobar wins, Legado del Fantasma is free from The D’Angelo Family, but if “The Don” wins, then Escobar will be banned from NXT 2.0.

This is the blowoff match in this feud most likely. Santos has been a heel for most of his NXT run, but this storyline turned Santos and the Legado group into faces, so if he wins then I think they’ll get a run as a babyface group. However, the creative team in WWE led by Triple H may have some plan for Santos to be on Raw or Smackdown. If that is the case then it makes sense for Tony D to win because then Santos would be “banned” from NXT. I don’t know if there’s a plan for Santos on Raw or Smackdown. I just know he would do well if he was put on those shows.

My feeling is that Santos is going to win. They have had issues for months, Tony has been in control of Santos and friends for a long time now, so why not have Santos get revenge by winning this match? I don’t see it hurting Tony D much. I think the story makes sense for Santos to win. As I said, though, if there’s a plan for Santos on Raw or Smackdown ten that’s why he might lose. 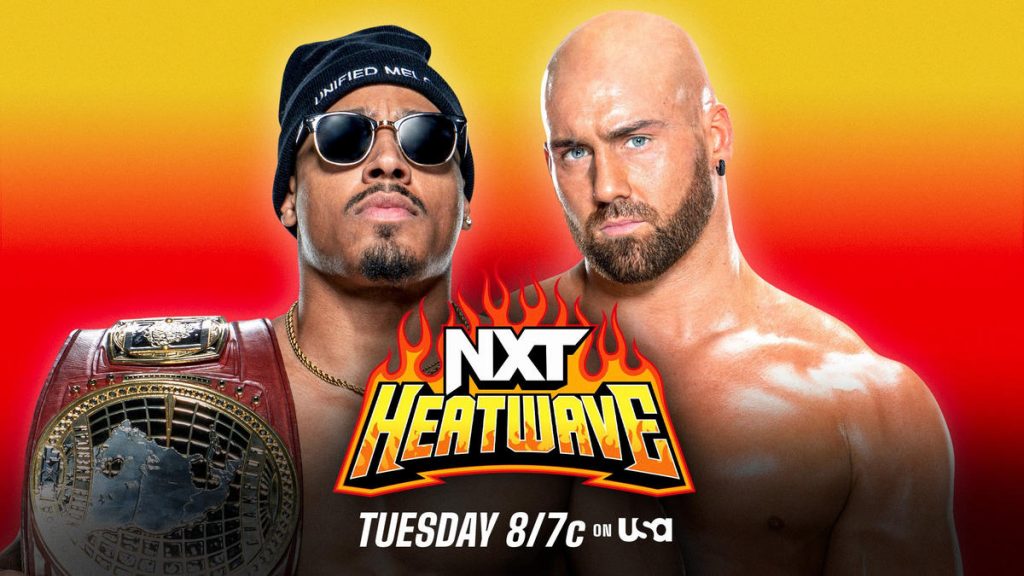 This should be the best match on the show in terms of star ratings. It’s the match that I think will be the match of the night. With that said, it also has the weakest storyline of any match on the show because it was put together last week. Hayes is the confident heel champion while Vinci is also heelish, but he might get cheered by the NXT crowd because they know how good he is from his days as Fabian Aichner.

I’m going with Hayes winning. He is a great champion, he’s an entertaining guy to watch thanks to his cocky heel promos and talent in the ring. Keep it going. It’s nothing against Vinci. I just think Hayes will win. It’s the match I look forward to the most just because I think they are awesome in-ring performers that will mesh really well. I just hope the crowd backs one of them because heel vs. heel can be tough sometimes. 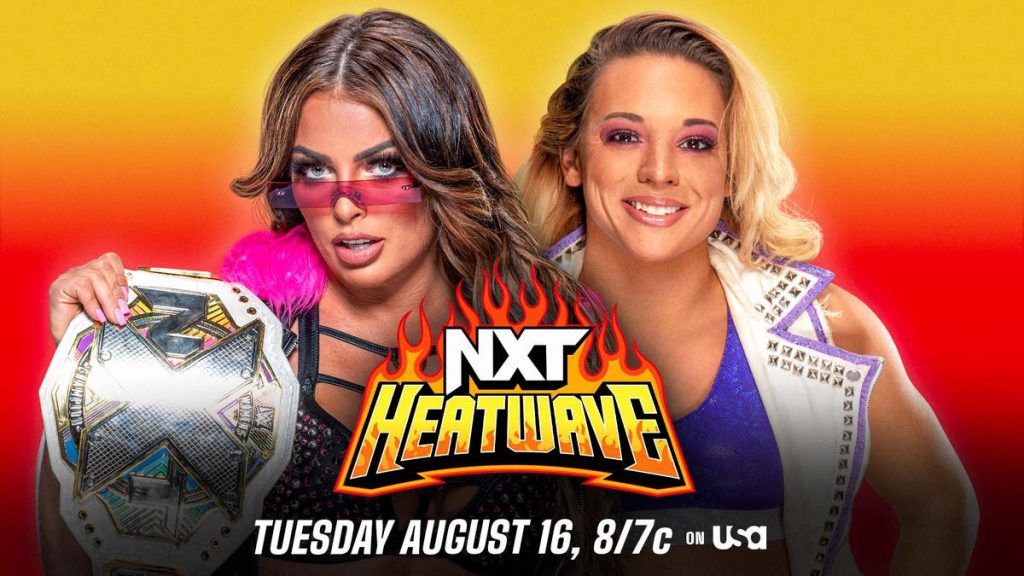 Stark earned the title shot by winning a battle royal as a surprise entrant. Since then they have pushed Zoey well by making her look strong in segments with Mandy while also beating Cora Jade. With that said, I don’t think my favorite woman in NXT, Mandy Rose, is going to lose the title here.

I think it’s more likely that Mandy loses the title to Nikkita Lyons down the road rather than Stark in this spot. It just makes more sense and you can tell that the NXT bookers really like Lyons a lot. This will be a competitive match, but I think the champion retains again. 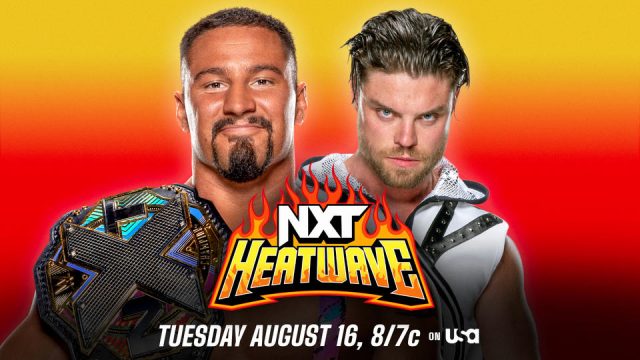 I have liked the build to the match with JD using mind games to try to outsmart the champion while Bron is a guy that says things like “I like to smash things and I’m going to smash you.” It’s pretty basic in terms of character development. What I didn’t like is they simply had JD attack Bron to earn a title shot. Why not win some matches and truly earn it? That’s something WWE must get better at creatively. Don’t just give a title match. Make them earn it.

This should be a win for Breakker as usual for him. I don’t know who is going to beat him for the title or when, but I feel like there are better options than JD. They need to find the right heel to get some momentum to beat Breakker so that when Bron loses, he won’t be hurt by it that much.

They’re all good, but I guess it’s Jade vs. Perez.

It’s around 7.25 for me. I think they have put together a pretty good lineup here. As you can see from my predictions, I don’t anticipate there being a title change on the show, so that hurts a bit because I feel it’s predictable. While I believe there could be some great matches, a lot of it depends on the booking and how much time they get. Some of these wrestlers are still so early in their careers that they do make mistakes even in a big match setting. Anyway, I am looking forward to the show to see what happens.

Thanks for reading. Go Toronto Blue Jays. My contact info is below.

The WWE Smackdown Reaction for September 30, 2022