It’s time for some Cowboy shit! Or, just a column focused on the current number one contender to the AEW World Heavyweight Championship, “Hangman” Adam Page.

Adam Page is one of the greater mysteries of All Elite Wrestling. He was at the very first press conference in 2019. He seemed destined to be “The Guy” that AEW builds its company around in the future. However, seeing as we are almost three years into AEW’s existence, the question needs to be asked. Is Hangman Adam Page still the guy? In the time since that first press conference in January 2019, we’ve seen the arrival of guys like Jon Moxley, Bryan Danielson, CM Punk, Adam Cole, Malakai Black, Andrade (all of whom are ex-WWE guys), among others. We have also seen the emergence of young homegrown AEW stars such as MJF, Sammy Guevara, Darby Allin, and Jungle Boy. Adam Page may not seem like the clear-cut favorite anymore. The crowd reactions for him are still among the best on the show, but AEW hasn’t exactly booked him like somebody who can dethrone AEW World Champion Kenny Omega.

The plan started at the very first Double or Nothing when “Hangman” Adam Page won the Casino Battle Royale to earn the first match at All Out 2019 for the AEW World Title. Later that night, Chris Jericho defeated Kenny Omega to become Adam Page’s opponent at that All Out 2019 show. A lot of people were thinking they might put the title on Page here to show everybody they were getting behind him right off the bat. That didn’t happen, as Chris Jericho defeated Adam Page to become the first-ever AEW World Champion. It was a good move at the time. Adam Page wasn’t really a known name at that point. Sure, he had a pretty good run as a member of The Elite, but up until that point, the general audience wasn’t familiar with Adam Page. Chris Jericho was made as a legendary WWE/WCW superstar that’s one of the greatest wrestlers of the last 25 years. You needed a star of Jericho’s caliber to be the first AEW World Champion and bring eyes to your product. However, even though Jericho won the match, Adam Page looked good in defeat. 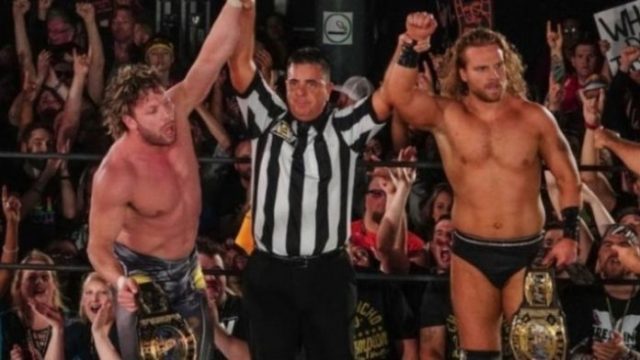 Adam Page kind of moved down the card after that. There was no real follow-up as Chris Jericho entered into a feud with Cody Rhodes almost immediately. Full Gear came around and Jericho defeated Rhodes to retain his title while Adam Page defeated Pac in a back and forth match that was supposed to happen months earlier at Double or Nothing but Pac had to pull out of that match. Then, on January 21st, 2020, Adam Page teamed up with his friend, Kenny Omega, to defeat SCU’s Frankie Kazarian and Scorpio Sky to become the new AEW World Tag Team Champions. During the entire lead-up in this pairing, it kept getting teased that Adam Page was going to turn heel on Kenny, but that never happened. Adam Page and Kenny Omega defended those titles for eight months, including a classic against The Young Bucks at Revolution 2020. They lost the titles to FTR at All Out 2020 and that is pretty much when they went their separate ways as a tag team.

Adam Page would then be entered in a World Title eliminator tournament to crown a number one contender to the AEW World Title, now being held by Jon Moxley. Adam Page would get to the finals at Full Gear 2020 where he would meet his former best friend, Kenny Omega. Omega would go on to win that match, stripping another opportunity from Hangman’s grasp. Kenny Omega would eventually go on to win the title from Jon Moxley on the December 2020 edition of Dynamite, turning heel in the process.

While Omega was thriving in AEW, Hangman would fade into the background once again after that match as he started teaming up with The Dark Order, who were trying to recruit his services. It also led to a forgetful rivalry with Matt Hardy in which Page beat Hardy at Revolution 2021 and “won” Matt Hardy’s earnings for that quarter. It was never followed up on and seemed like a waste of time for Page at this point. 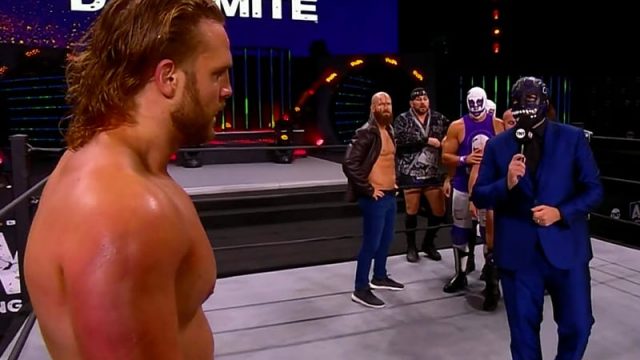 Things started looking up after this as they started focusing on Adam Page working his way back up the rankings to get a World Title shot. He then went into Dynamite on April 22nd, 2021, as the number one ranked wrestler until he lost to Brian Cage. Of course, a month later he defeated Brian Cage at Double or Nothing 2021. It just seemed like Page had been lost as far as decent feuds go from Full Gear 2020 until Double or Nothing 2021, which was roughly six months.

Right after that, they started teasing an eventual match with AEW World Champion Kenny Omega. It started with Omega out cutting a promo that was interrupted by Evil Uno and the Dark Order who implied they had someone who deserved a shot at his title. It was teased that Adam Page didn’t want the title shot when he confronted the Dark Order later on and basically told them to stay out of his business. The story here is that Adam Page doesn’t have the confidence to defeat Omega for the title. 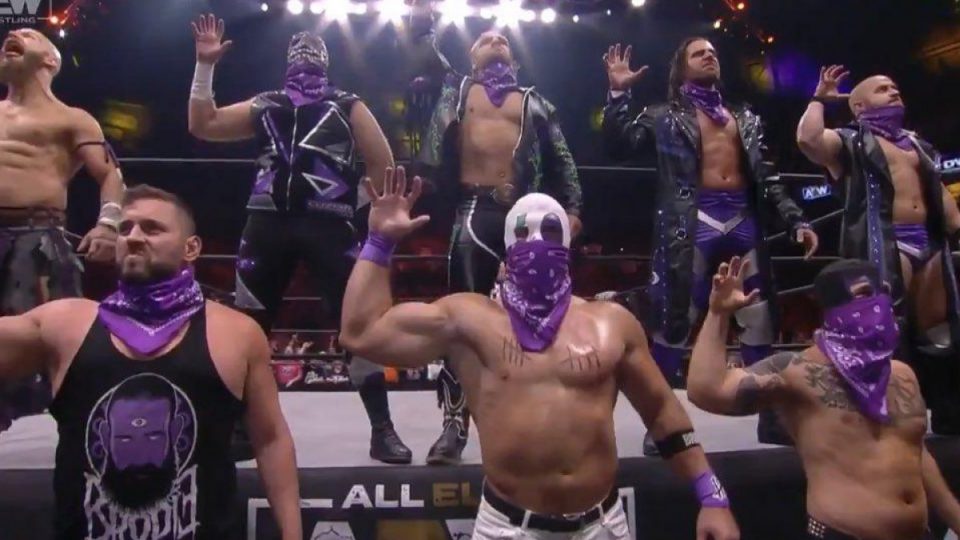 Page eventually breaks away from the Dark Order and takes some time off for the birth of his son. Adam Page was on the shelf until Dynamite on October 6th, 2021, when he was the surprise joker in a Casino Ladder match to determine the number one contender to the AEW World Title. Page won the match and secured his shot at the AEW World Title at Full Gear 2021.

It is a full-circle moment for Adam Page. He lost a number one contenders match to Kenny Omega at last year’s Full Gear event. The Full Gear name is in relation to Adam Page as part of the “Being The Elite” youtube show. It’s his event. It also concludes basically a two-year story with Kenny Omega.

The crowd is still firmly behind Page. There’s no better time than now to pull the trigger, right? I’m not sure. After so many stops and starts, you have to wonder if he is ever going to climb that mountain. Losing to Chris Jericho, Brian Cage, Kenny Omega twice. All matches that could have put him either in the title match or as the champion, and he’s lost them all. You have to figure that this is the last chance for Page. With recent big-name signings like CM Punk, Bryan Danielson, and Adam Cole, time may be slipping away. Adam Page has been the guy since the first press conference in 2019. He is clearly the fan-favorite in AEW. Full Gear 2021 should be his time. His moment. The crowning of “Hangman” Adam Page as the AEW World Champion. If it isn’t, it might be time to move on from the Hangman experiment. I have faith that Full Gear will be his crowning moment. I hope I’m not wrong.

Don’t make a mistake, Tony. Not with Adam Page.