There are four things being advertised for WWE Smackdown tonight on Fox. The show was taped a few weeks back at WWE’s last set of tapings. The preview comes from WWE.com. 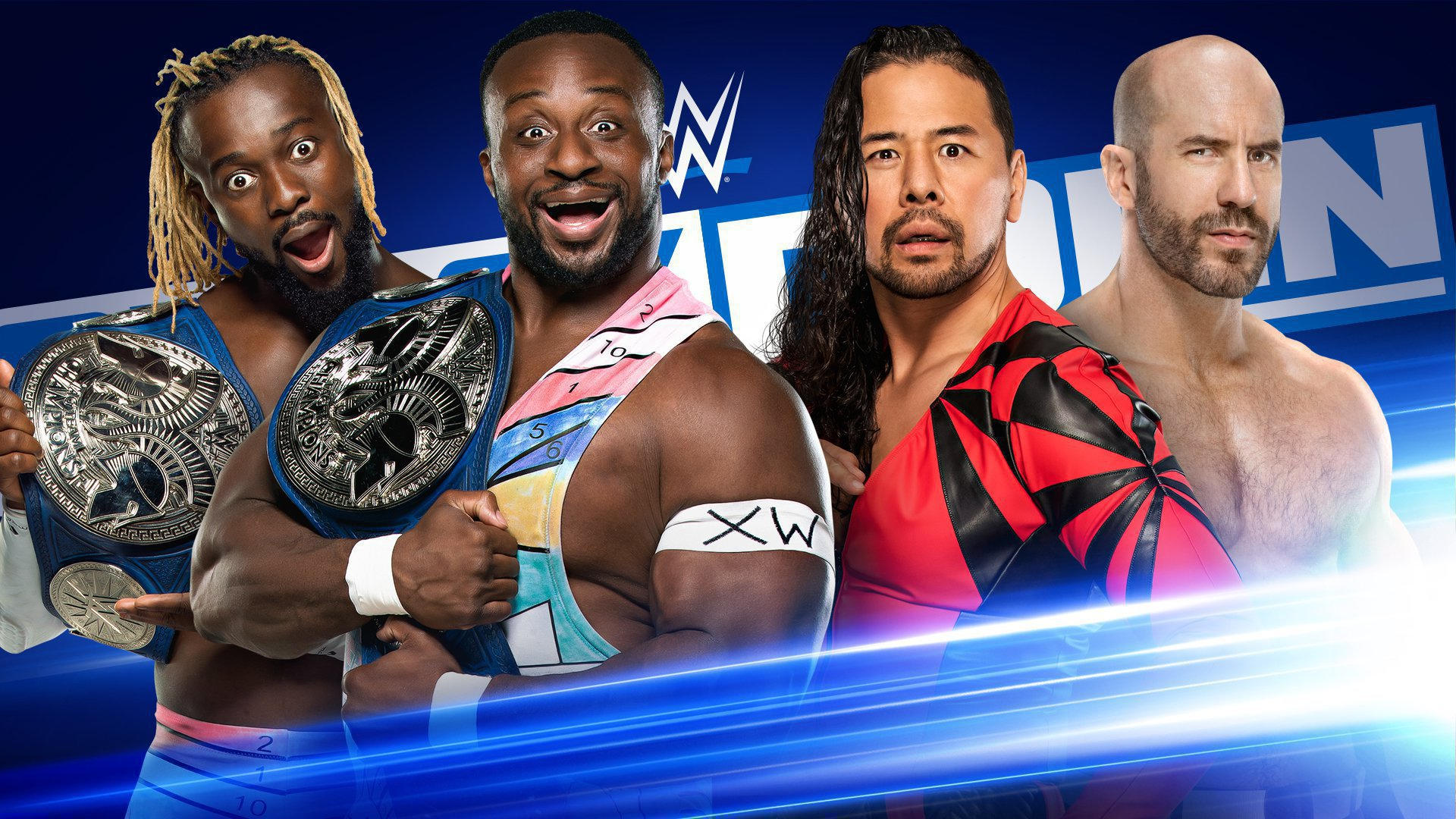 The Smackdown Tag Team Titles are on the line as The New Day’s Kofi Kingston and Big E defend their titles against Shinsuke Nakamura and Cesaro. I don’t think it would be a terrible thing to do a title change here, but I’m leaning towards The New Day retaining their titles. I expect this to be a great match in the 15-20 minute range. Most WWE tag team matches don’t go over 20 minutes. However, with the talent in the ring for this match, it may not be a bad idea to have a longer match.

Is this for the Women’s Tag Team Titles held by Bayley and Banks? Nope. From WWE:

The Golden Role Models have established their dominance, but that doesn’t mean their rivals are ready to accept it. As tensions remain at an all-time high, Bayley & Sasha Banks will face Alexa Bliss & Nikki Cross in a non-title clash.

Cross has kept the SmackDown Women’s Champion on her heels ahead of their title showdown at The Horror Show at Extreme Rules. The unpredictable Superstar jumped in from all angles to distract Bayley in her Champion vs. Champion Match against Asuka. The challengers also derailed The Golden Role Models’ tribute to themselves last week on SmackDown, but the ensuing match between Five Feet of Fury and Bayley ended in a disqualification after Cross’ emotions boiled over.

It feels like I have written about these teams having a tag team match about 15 times this year. It hasn’t been that much, but these four women have wrestled a lot in either tags or singles.

Since it’s non-title, perhaps Bayley and Banks will lose to set up a title match since that’s a typical WWE booking move. It’s not what I want, but it would be the norm for WWE. I’ll go with Bayley and Banks just because I think WWE wants to continue their momentum going into singles titles match at Extreme Rules.

It’s the second straight week where Jeff Hardy is in a talking segment since he was in the toasting segment with Sheamus in the main event last week. A lot of times on Miz TV, they have The Miz and John Morrison interviewing a face and then it leads to a singles match or a tag team match.

My prediction here is that The Miz does something to insult Jeff Hardy, which would lead to a singles match perhaps in the main event of the show and Jeff beats Miz. It could be Jeff vs. Morrison too, but last week Morrison was in singles action while Miz was not, so I would think Miz wrestling here is more likely.

I don’t know if Sheamus was at the last tapings (two weeks of Smackdown were taped on the same day) because last week on Smackdown he was at home for his segment with Jeff. 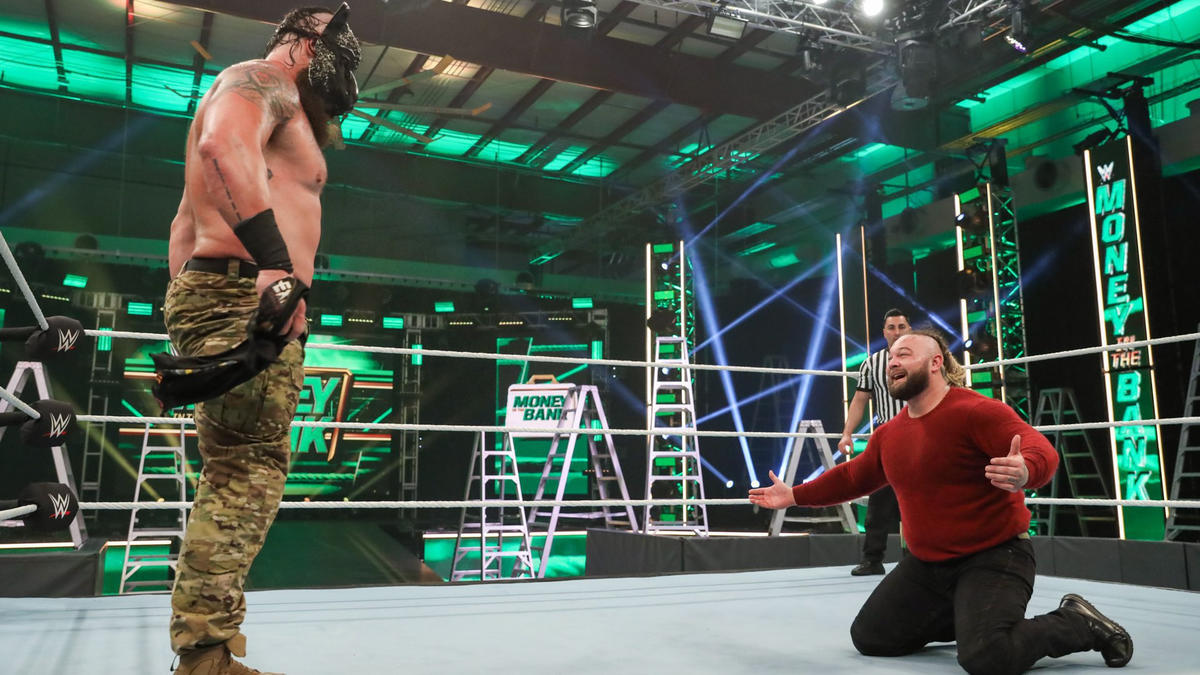 There will be a re-air of the Braun Strowman defending the WWE Championship against Bray Wyatt at Money in the Bank 2020 on May 10. You can read my review of the match here.

The match went 10:55 and I rated it **1/2 out of five, which means it was just an average match. I think that rating may have been generous too. It was largely a forgettable match, but the key story point is that Strowman showed that he has grown past the days from when he was part of the Wyatt Family.

I assume that WWE is re-airing it because it’s a way to fill 15 minutes of TV time (with commercials). They were missing some wrestlers from the tapings, but they certainly could have put some guys in matches to fill the time. I think it’s just a case of WWE wanting fans to see the match that maybe didn’t see the Money in the Bank pay-per-view.

Updated Lineup for The Horror Show at Extreme Rules

The next WWE pay-per-view is called The Horror Show at Extreme Rules and it’s on July 19 on WWE Network. Here’s what is advertised so far. By the way, that’s the official poster since it is on WWE’s social media pages.

Eye for an Eye: Seth Rollins vs. Rey Mysterio

We may learn about more matches on Smackdown tonight. I assume Jeff Hardy vs. Sheamus will be on the card, perhaps Matt Riddle vs. King Corbin and maybe some AJ Styles IC Title match as well.

I should be back tonight for a WWE Smackdown review. It will probably be live here on TJRWrestling, but if not then it will be up later in the evening.