This week’s edition of WWE Smackdown on Fox follows this past Sunday’s WWE Payback pay-per-view. That was a newsworthy show for some Smackdown wrestlers, especially Roman Reigns, who left Payback as the new Universal Champion. Here’s what WWE has promoted for tonight’s Smackdown so far. 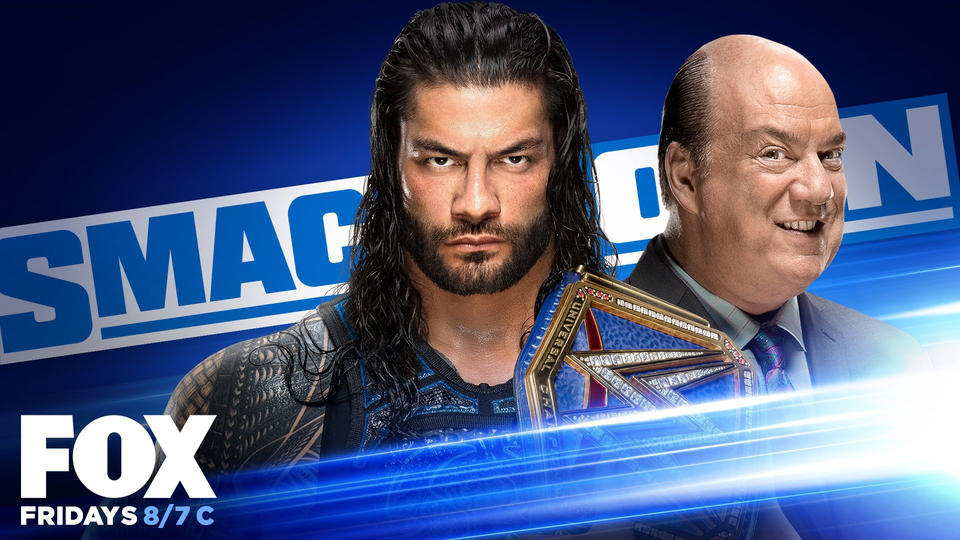 It will be interesting to see if this opens the show or if they hold it off for later in the night. I think they should open with it. I’m also not sure if they will have Reigns speak a lot here or if it’s going to be Heyman speaking for the majority of it with Reigns refusing to say a word. Just because Heyman is heel Roman’s advocate now doesn’t mean that Reigns has to be mute. Anyway, perhaps we’ll see Bray Wyatt or Braun Strowman show up, but based on the other match on this show, perhaps WWE is moving on from them. The guess here is that they are going to keep The Fiend away until the November 1 Hell in a Cell PPV where they can go with Reigns vs. Fiend there or even a triple threat with Strowman.

Anyway, I’m intrigued to see how heel Reigns is presented in terms of his look, what he says (or doesn’t say) and of course Paul Heyman’s promo should be intriguing too.

The winner of this match on Smackdown gets to challenge Roman Reigns for the Universal Title at Clash of Champions on September 27.

It seems too early for Big E to face Roman since that’s something I would want to see long term. Riddle winning could work, I guess. Corbin and Sheamus as heels against Reigns, who is also a heel we assume, wouldn’t work that well. I’m leaning towards Riddle facing Reigns and losing to Reigns at Clash of Champions because I see Roman’s title run lasting all the way until WrestleMania next year. If it is Big E and then he loses to Reigns then that’s going to hurt his momentum. With Riddle, losing to Reigns would hurt him to some degree, but I think he would be fine.

My pick is Matt Riddle to win this match. 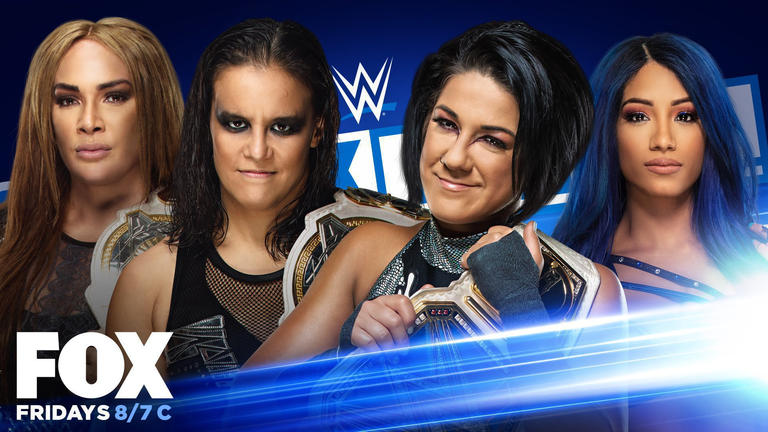 Congrats to all the Nia Jax fans for getting to see her on two shows this week. Yay? Okay, so I doubt there’s a lot of enthusiasm about it. Sasha Banks lost her Raw Women’s Title at SummerSlam two Sundays ago, then she lost the Women’s Tag Team Titles with Bayley this past Sunday and now they get another shot at the titles. I think the losing ways of Banks and Bayley will continue here. Baszler won at Payback, so I think Jax will get the win for her reluctant team here.

As of right now, that’s all WWE is advertising for Smackdown.

I’ll be back tonight for a live Smackdown review on TJRWrestling, so check that out during the show or after it’s over.