There is interest from WWE about signing a veteran NJPW wrestler that they have wanted to acquire in the past as well.

It was about seven years ago when WWE signed some big names from NJPW at the same time. They were AJ Styles, Shinsuke Nakamura, Karl Anderson and Luke Gallows. While Anderson and Gallows were released by WWE at one point, they are back again while Styles and Nakamura have won multiple championships during their WWE careers.

A new report from Fightful Select has noted that WWE has an interest in singing another NJPW veteran: Tama Tonga.

The story from Fightful noted that WWE’s interest in Tonga isn’t new and that most of the NJPW locker room knew about it at Wrestle Kingdom 17 last week. What’s ironic about it is that Tanga beat the NEVER Openweight Champion Karl Anderson at Wrestle Kingdom 17 to put an end to Anderson’s NJPW run for now that he’s fully signed to WWE. 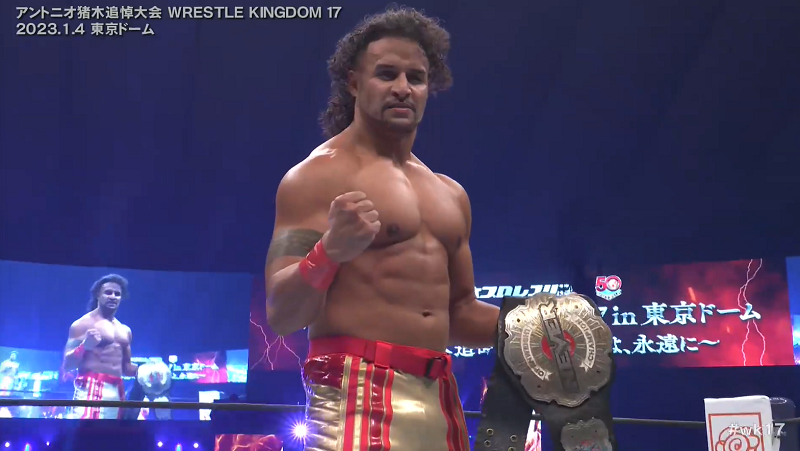 There was interest from WWE in singing Tonga about seven years ago as well, but he chose to stay in NJPW to team with his brother Tanga Loa. The belief is that Tonga’s contract is about to expire within a few weeks.

Tama Tonga has spent a lot of his career in NJPW, but he has also wrestled for Impact Wrestling, Ring of Honor and NJPW Strong in the US also.

It has also been reported by Fightful that WWE was interested in singing Tama Tonga’s brother Hikuleo as well.

Tonga’s adoptive father is wrestling legend Hakua, who was known as Meng in WCW.