The team of Gigi Dolin & Jacy Jayne (two-thirds of Toxic Attraction) will make their WWE Smackdown debut tonight in Montreal.

The quarterfinal match is scheduled for Smackdown tonight with the team of Natalya & Sonya Deville originally scheduled to face Zoey Stark & Nikkita Lyons.

A video was posted by WWE Hall of Famer and NXT’s WWE Vice President of Talent Development Creative Shawn Michaels addressing the matter. Michaels noted that Stark was injured in her match on NXT this past Tuesday while Lyons is “medically unavailable” so they replaced that team with the former NXT Women’s Tag Team Champions, Dolin & Jayne. Since Smackdown is in Montreal, saying Lyons is “medically unavailable” could have something to do with her vaccination status, but that has not been confirmed.

An update on the @WWE#WomensTagTitles tournament for this evening at #Smackdown. pic.twitter.com/6lHX5OPUY4

The team of Dolin & Jayne are two-time former NXT Women’s Tag Team Champions. They have been part of Toxic Attraction with NXT Women’s Champion Mandy Rose for nearly one year. It is unknown if Rose will be joining Dolin & Jayne on Smackdown.

The winners of the Natalya & Deville vs. Dolin & Jayne match will face Raquel Rodriguez & Aliyah in the Women’s Tag Team Tournament Semifinals next week on Smackdown.

In addition to the women’s tag team match, WWE is promoting the following matches/segments for Smackdown:

* Just weeks before their battle at WWE Clash at the Castle for the Undisputed WWE Universal Championship, The Head of the Table and The Scottish Warrior will go head-to-head on SmackDown. 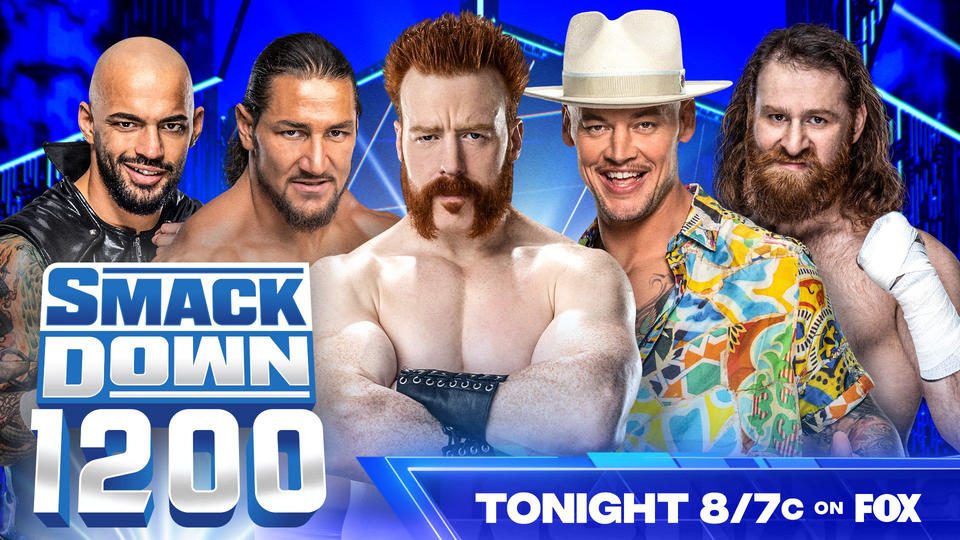 * Ricochet, Madcap Moss, Sheamus, Happy Corbin and Sami Zayn will battle it out in a Fatal 5-Way Match tonight on SmackDown, and the winner will earn an Intercontinental Championship Match against Gunther at WWE Clash at the Castle!

You can read all about what happens with Toxic Attraction on the 1200th episode of Smackdown tonight in The John Report review of the show exclusively right here on TJRWrestling.

Saraya: I Was ‘A Little Rusty’ During AEW Dynamite Promo