Tonight’s edition of WWE NXT is the second part of their Great American Bash special. It was taped last Wednesday after last week’s NXT broadcast and there was a spoiler out there about the main event although it’s not known if what was spoiled was accurate. I’m not going to address it. Instead, here’s a rundown of what NXT has advertised for tonight.

I expect a short match and an easy victory for Mercedes, who might be getting a decent push now that she’s back in action.

Heels lie. I find Stone entertaining, but I think this will lead to failure for the agent. 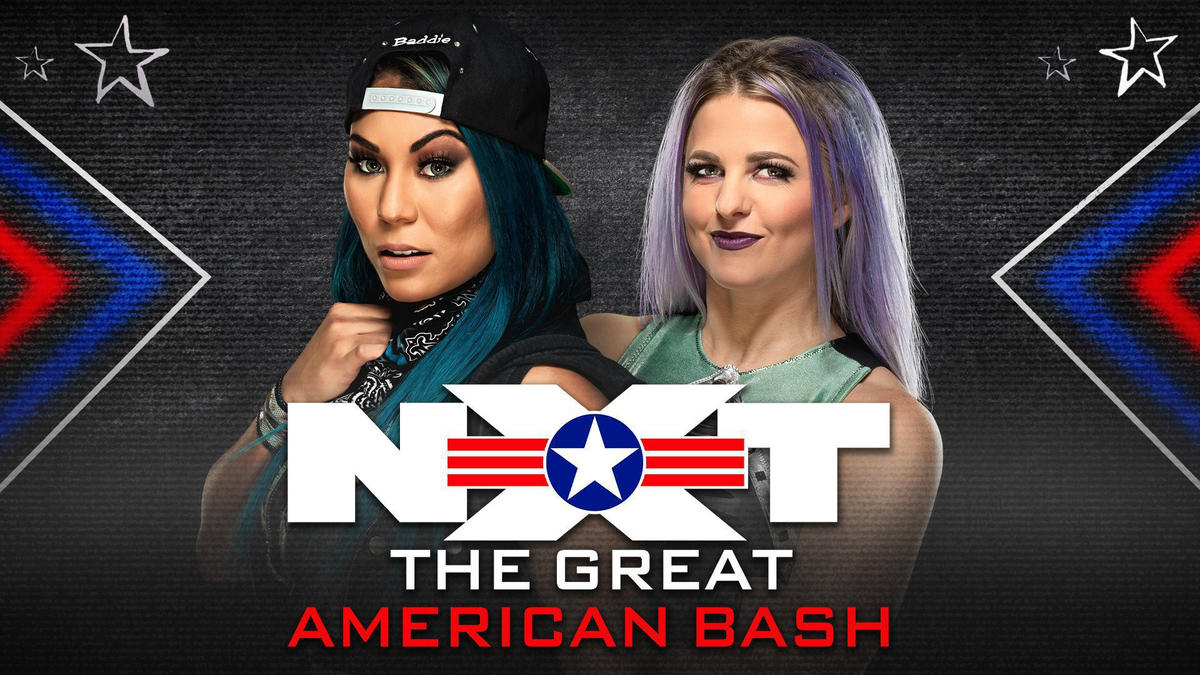 This is likely the blow-off match in this rivalry. Triple H said in an interview during the week that the Great American Bash event is here in part because it’s a way to finish off some storylines since it’s between the last Takeover from a month ago and the next Takeover during SummerSlam weekend in August. This feels like one of those matches that is the end of a long rivalry. To me, what makes the most sense is for LeRae to win because she’s the heel in the feud and she needs more momentum as a top heel because NXT is lacking in that department right now. A lot of the top NXT women like Women’s Champion Io Shirai, Rhea Ripley and Tegan Nox are faces. They will need a heel to chase after Shirai at some point, so it makes sense for LeRae to beat her rival Yim in this Street Fight. Since it’s a Street Fight, they can brawl all around the building and I think LeRae will win using some kind of weapon. 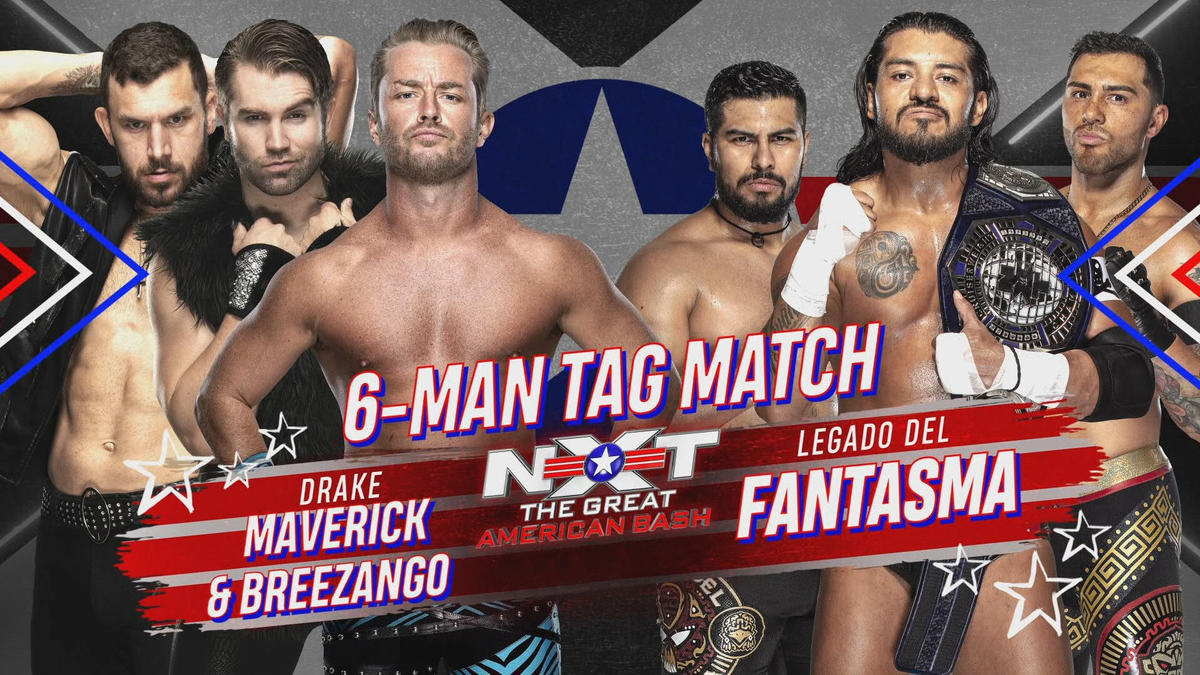 I have really enjoyed watching NXT Cruiserweight Champion Santos Escobar since his heel turn when he took off the mask and has delivered some great promos. Drake Maverick is an entertaining babyface that’s easy to like and support. Breezango should work well with the heels as well. I think what we’ll see here is that Maverick will pin Wilde or Mendoza to get the win for his team and then that will set up Maverick challenging Escobar for the NXT Cruiserweight Championship perhaps at the next Takeover or before that. 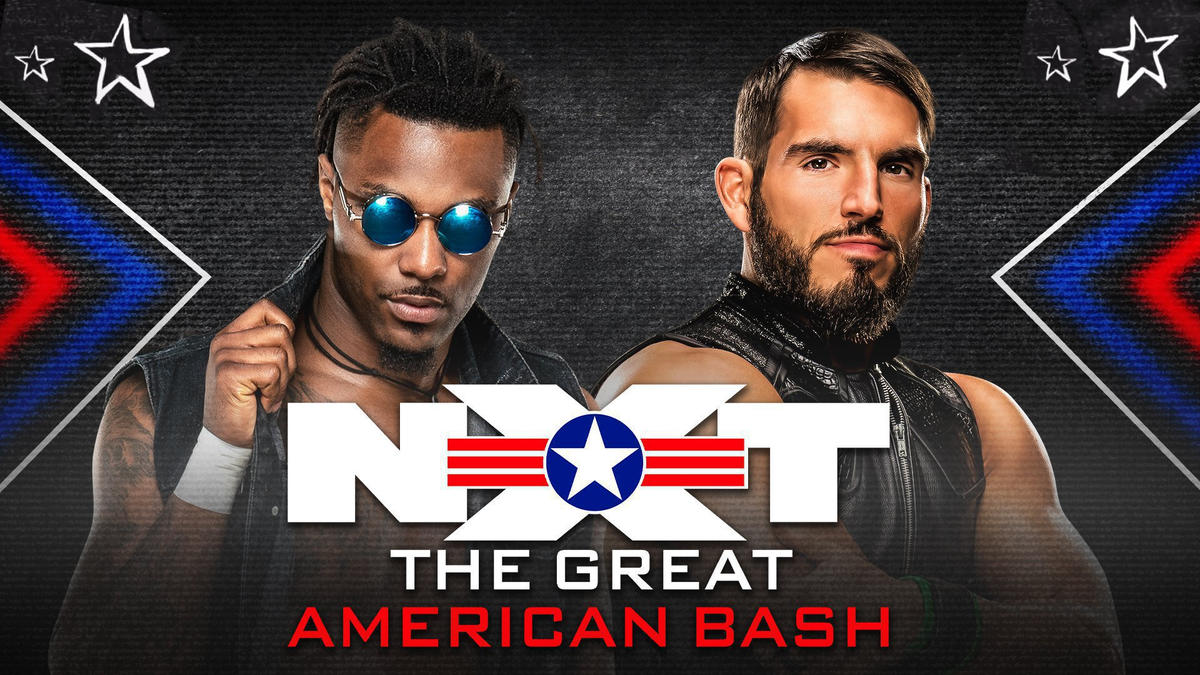 It’s a big match for Scott, who is a very talented performer with a bright future in NXT. There wasn’t a big angle to set this up other than a brief backstage altercation. This will probably be the kind of match where the upstart babyface Scott will come close to winning multiple times, he’ll get a lot of believable nearfalls, but in the end, Gargano will find a way to get the win perhaps by cheating a bit or simply capitalizing on Scott missing a big move. If they did go with a win for Scott then I would be fine with that because it would set up a rematch most likely to continue building this story. I just get the feeling that it’s going to be a meaningful win for Gargano.

This is what I wrote two weeks ago in the WWE NXT review after Lee beat Gargano and Balor to earn this title shot against Cole: “I’m picking Lee to win both titles. It’s time for Cole to lose and Lee is the guy to do it. However, if Cole survives then maybe Karrion Kross that will become the next NXT Champion. I’m interested to see how it goes.”

I’m still going with Lee because it makes sense. Cole has been NXT Champion for over 400 days, he’s the longest-reigning NXT Champion in the history of the brand and he’s beaten everybody in his path for over a year…but he’s not going to beat Lee. I think Lee is the kind of guy that NXT can continue to build around as a credible champion that not only looks the part, but he can get it done in the ring too. I expect them to have an outstanding match that is probably the best match on any wrestling show this week and perhaps the best of the month as well.

If you’re into the ratings battle between NXT and AEW, I think this match will beat Jericho vs. Cassidy. This is for two titles. It’s as big of a match as there might be in NXT this year, so I think the fans are going to be tuned in to see what happens.

I do wonder when both guys are moved to Raw and Smackdown because I think Cole and the Undisputed Era are likely to be part of Raw or Smackdown later this year, perhaps as soon as August after SummerSlam. Maybe WWE waits until when the fans are back at shows. As for Lee, he can have a decent run as NXT Champion for the second half of the year and I think that would likely mean he gives up the NXT North American Title, which can lead to a tournament to crown a new champion.

Anyway, it is going to be an awesome match. I’m really looking forward to it.

I’ll have a review of WWE NXT Great American Bash Part 2 on Thursday morning at some point.