Billy Gunn hit rock bottom in his life, but his former employer WWE helped him get into a rehabilitation centre leading to his family coming back to him and Gunn living a clean life for the past 11 years.

In September 2007, WWE started to offer a rehab program for any former superstars referred to as “The WWE Former Talent Drug and Alcohol Rehabilitation Assistance Program.”

That meant that anybody that used to work for WWE could get admitted to a certified treatment centre with WWE covering the costs for however long that person needed it. Many former WWE wrestlers have used it over the last 15 years.

Billy Gunn is one of the greatest tag team wrestlers in WWE history that also used the company’s drug rehab company after he was no longer there. While appearing on The Sessions with Renee Paquette podcast, Bily spoke about his addiction and how tough things were for him before he went to rehab.

“I woke up on my floor and everything that I had was gone. Like my wife, my kids, and my dogs, my dogs didn’t want to be in the same house with me. It was like, my life was done, it was over. It was like, I want to say I reached the bottom, but I was at the bottom to where death was next. And then that’s just being like that was coming next and I knew it. And I was tired of living like that, but it was all on me, it was no nobody else.”

“I went to rehab once before, because everybody was telling me like, ‘Hey, you have a problem?’ [I would say] ‘No I don’t, I can do anything I want with this stuff. And I have it under control.’ [They would say] ‘No, no, it has you. But it’s hard for you to realise that when you’re on this side of it.’ But when I finally woke up on the floor, I had like some kind of cans around me that had so much alcohol in it because I couldn’t find the drugs that I was wanting and just I was miserable.” 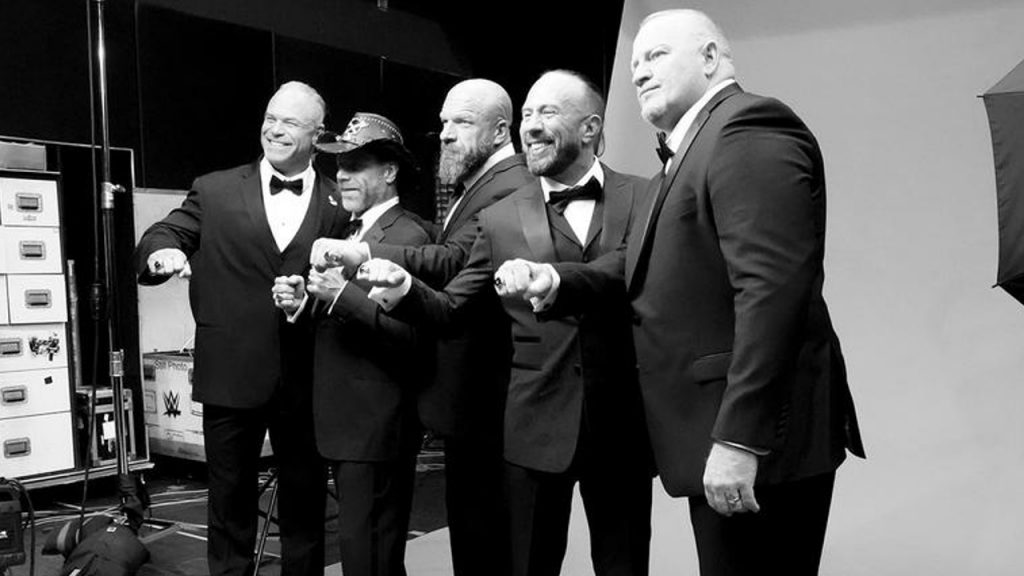 Gunn, who was inducted into the WWE Hall of Fame in 2019 as part of the D-Generation X group, went on to share how WWE really helped him out when he needed it:

“Everybody was gone in my life, nobody wanted to be around me. And I just sat there and went, Okay, this is too much for me, something has to change. And I literally picked up the phone within two hours somebody from WWE had sent a driver to my house, I was on a plane and gone.”

“From that day, from March 11 2011, I have it on my wrist, that was the day that my life started a new life. And I literally followed the programme to a tee, I mean to a tee. I did an 18-month release from rehab. It was a new thing they were trying. They asked me if I wanted to try it because they said well, you can go in a sober living house for a while if you want. And I said well, I would really like to try to get my life back on track.”

The 58-year-old talked about how going to rehab and getting better really turned his life around:

“So we did this 18-month thing where they called me every day. And then if I got a text that had a certain number, I had to go and have a urine test or whatever. And I said, Yeah at least that keeps me accountable and I’m okay with that. And then I did that and then all of a sudden, my wife started talking to me again, my kids started talking to me, I got jobs here and there.”

And then all of a sudden WWE hires me back which I had never [thought] because I went on a rant, I went ballistic. But luckily for me, they understood where I was coming from, what I was going through and stuff and nobody ever held it against me. They just go, Hey, you were in a mess.”

“But my life today without drugs, I’ve been drug and alcohol-free for 11 years, has been amazing. Like it really like, if you would have told me that before. I would have went okay, I get it. It’s a thing you have to do, you know, go 90 and 90 and do all that stuff. No, but this time I took it and I did it and look what I have today.”

Gunn currently works for All Elite Wrestling as a wrestler and a coach for younger talent since 2019. He worked for WWE at the Performance Centre prior to that. His two sons Colten & Austin also work for AEW and they have been on TV together as the Gunn Club for many years until recently when his sons turned on him. Billy is aligned with The Acclaimed on screen now.

h/t Inside The Ropes

Jim Cornette On Who Should Win AEW World Championship Tournament