Welcome back, TJR readers! Did you spend all day Friday preparing to pretend to care about soccer for a few weeks and missed WWE Smackdown? Perhaps you spent all day Monday trying to buy your kids all the useless pieces of plastic they want for Christmas, and missed Raw.

Worry not for I have returned for another edition of the Top Ten Wrestling Stories of the Week.

10. Sarah Logan Gets a New Name

Vince McMahon is apparently not the only one who can make random name changes. This past Friday on Smackdown, Sarah Logan’s name was officially changed to Valhalla. Logan later stated on Twitter that she is “beloved by the moon” and that the “gods had spoken her true name.” I personally now feel bad that I didn’t ask the moon and gods when naming my youngest daughter Adelyn, and just used a lame name book instead. (TJRWrestling)

I am beloved by the moon

And the gods have spoken my true name

After months of stalking The Miz, Dexter Lumis finally met him in a match this week on Raw. Lumis faced The Miz in an Anything Goes Match with a WWE contract on the line. The finish of the match saw Lumis get The Miz in a sleeper hold, leading to him winning both the match and a contract. Adding insult to injury, Lumis then proceeded to hand out a bunch of The Miz’s money to fans in the crowd. Handing out money to fans is just another example of things changing under Triple H, as the only way Vince would hand out money is if they signed a non-disclosure agreement. (TJRWrestling) 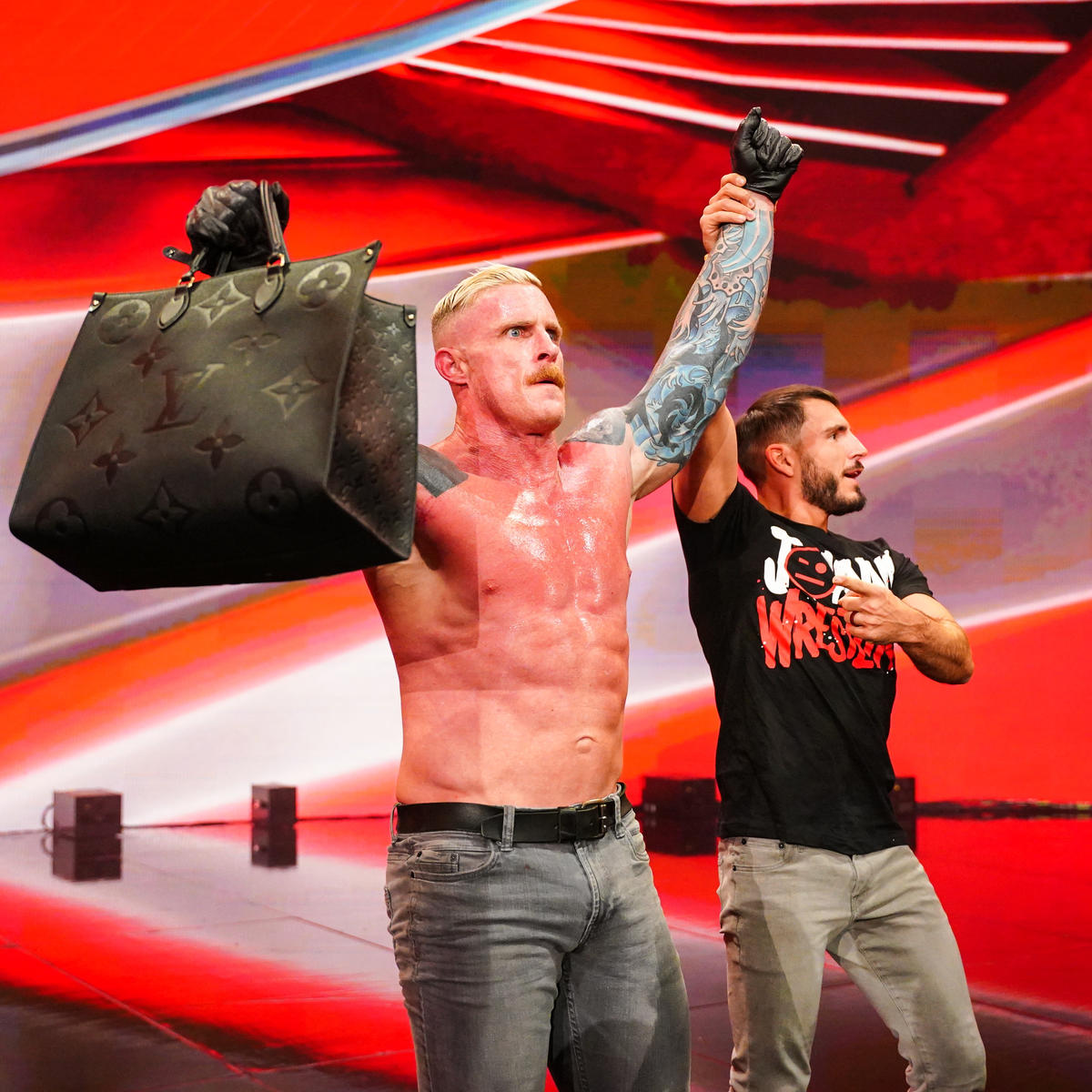 Over a month after suffering a scary concussion in a match against Jon Moxley, “Hangman” Adam Page has returned to AEW. Page appeared at the beginning of Dynamite this week, interrupting an in-ring promo from Moxley. Moxley then proceeded to mock Page, asking him: “Is that a good idea after what happened last time? Or do you not remember last time?” Page then attacked Moxley, with the two then proceeding to fight throughout the arena. Honestly, I feel that Page overreacted to Moxley’s question, as Chris Jericho will tell you that it is perfectly normal for you to completely lose several hours of your life. (TJRWrestling)

Less than four months after Ric Flair wrestled his last match, one of his greatest opponents has called it a career as well. This past Sunday at a Big Time Wrestling event in Raleigh, North Carolina, Ricky “The Dragon” Steamboat and FTR defeated Nick Aldis, Jay Lethal and Brock Anderson. This was the first match that the 69-year-old Steamboat has wrestled in over 12 years. Steamboat was originally rumored to be wrestling Flair in his last match but likely didn’t want to wait ten more years for when Flair actually has his LAST match. (TJRWrestling)

I watched from the apron in amazement tonight. It had nothing to do with his moves or his athleticism. I was in awe of the little things he did. Things that made millions fall in absolute love with Ricky. They all reacted to the man; not the moves. I felt inferior tonight. https://t.co/1T0KUh6xYh

This past Tuesday on NXT, five WWE Hall of Famers picked who would be competing in the first-ever Men’s and Women’s NXT Iron Survivor Challenge Matches. Shawn Michaels, Road-Dogg, X-Pac, Molly Holly and Madusa all sat down together to discuss who should be in the matches. After much discussion, it was decided that Carmelo Hayes, JD McDonagh, Grayson Waller, Joe Gacy and a mystery fifth opponent would compete on the men’s side. In the women’s match, it will be Zoey Stark, Cora Jade, Roxanne Perez, Kianna James, and a mystery fifth opponent. WWE Hall of Famer Bret Hart was also on the panel that decided the matches, but the only input he would give was, “Not Goldberg.” (TJRWrestling) 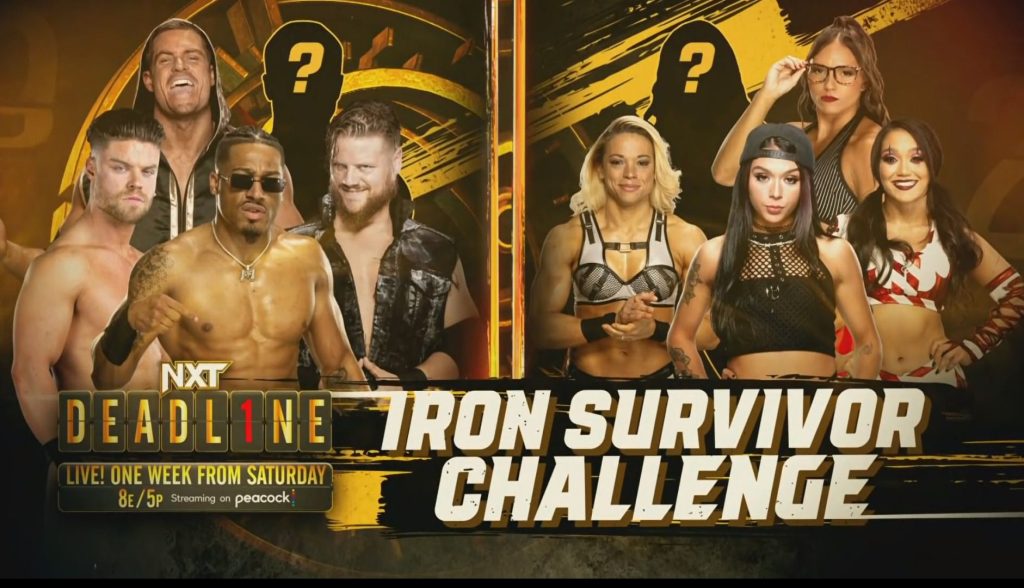 MJF has not waited long to make an impact as AEW World Champion. This past Wednesday on AEW Dynamite, MJF gave his first in-ring promo since capturing the AEW Title at Full Gear on November 19th. During the promo, MJF criticized the look of the AEW Championship, throwing it to the ground while stating that it was tacky and lacked class. MJF then revealed his own version of the title belt, with a Burberry leather strap. AEW considered customizing all of its title belts, but realized it would take two years and millions of dollars to do it. (TJRWrestling)

#AEW World Champion @The_MJF presents the new and improved title to the world, the Triple-B, the Big Burberry Belt tonight on #AEWDynamite LIVE on TBS! pic.twitter.com/ij4pvVSZN7

The alliance between AEW World Champion MJF and William Regal lasted less than two weeks. This past Wednesday on Dynamite, Regal accompanied MJF to the ring for a promo. During the promo MJF revealed that he had secretly been meeting with Regal for weeks, and that Regal was the one that wanted him to use the brass knuckles on Jon Moxley. MJF then proceeded to tell Regal how much he respected him, before shockingly attacking him from behind. MJF then chastised Regal for making a “deal with the devil.” Rumors are circulating that Regal may be returning to WWE, with him deciding this was a better way to leave AEW than biting an EVP. (TJRWrestling)

3. Becky Lynch Competes And Wins For Her Team in WWE WarGames

After being away for over three months, The Man has returned to the WWE. This past Friday on Smackdown, it was announced that Becky Lynch was going to join Asuka, Alexa Bliss, Mia Yim and Bianca Belair as the fifth member of their WarGames team. Lynch ended up being a great choice to join the team, as she ended up winning the match. The finish saw Lynch jumping off the cage onto Dakota Kai and IYO SKY, putting them both through a table. Lynch admitted during the post-show press conference that she was terrified to jump off the cage, with it almost being as scary as having a two-year-old at home. (TJRWrestling)

Maybe Austin Theory’s career isn’t completely ruined after all. Less than three weeks after unsuccessfully cashing in his Money in the Bank Briefcase against Seth Rollins for the United States Championship, Theory captured the title he so desperately wanted. This past Saturday at Survivor Series, Theory defeated both Rollins and Bobby Lashley to capture the WWE United States Championship after Lashley hit Rollins with a Spear and Theory fell on top for the pinfall win. Theory was popular with Vince McMahon, with it being theorized that he is being buried now that Triple H is in charge. This of course ended up being a ridiculous thought, as Triple H only buries people he is facing at WrestleMania. (TJRWrestling)

1. Sami Zayn Proves His Loyalty to The Bloodline Helping His Team In WarGames

Sami Zayn was feeling extra Ucey this past Saturday at Survivor Series. During the main event Men’s WarGames Match, Zayn proved to be the MVP of The Bloodline Team. The finish of the match saw Zayn prevent the referee from counting three, after Kevin Owens had laid out Roman Reigns with a stunner. Zayn then would proceed to low blow his long-time friend Owens, before hitting him with a Helluva Kick. Zayn then allowed Jey Uso to hit a Uso Splash and get the win. Owens was actually the best man at Zayn’s wedding, with him not talking him out of it possibly being the reason Zayn punched him in the dick. (TJRWrestling)

That concludes another edition of The Top Ten Wrestling Stories of the Week. Although I often joke, I have recently started refereeing with NYCW and FCWA, and respect more than ever what wrestlers do every week. I wrote an article all about it all right here. If you like what I do, despite my jokes being almost as bad as going to the post office this month. Then follow me on Twitter @Fowlerwrestlin1. Thank you for taking the time to read this each week.