Another Survivor Series has come and gone from WWE and by and large, it was a decent show.

There were some good matches, some questionable booking decisions, and a golden egg. There were six matches on the main card along with one Kickoff Show match. As per usual with these things, there are five takeaways I found from Survivor Series 2021.

#5: BECKY LYNCH AND CHARLOTTE FLAIR TORE THE HOUSE DOWN 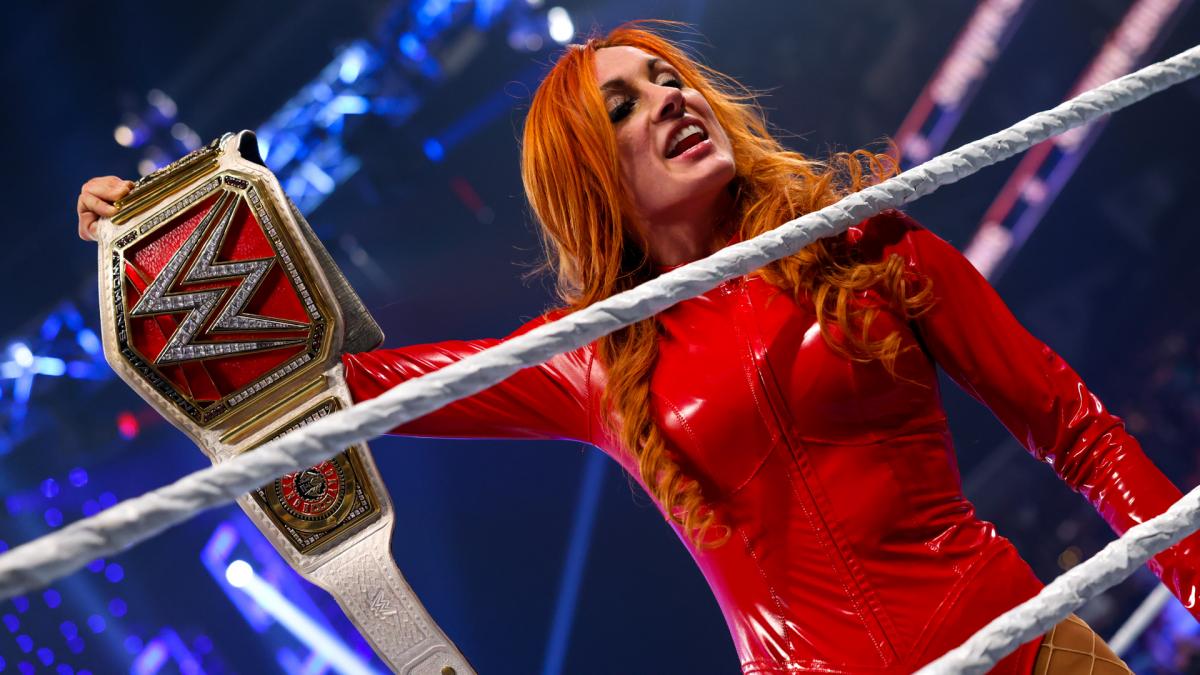 Unsurprisingly, Raw Women’s Champion Becky Lynch and Smackdown Women’s Champion Charlotte Flair had a banger of an opening match. Their match was probably the most intriguing going in just based off the fact of their personal rivalry. Who knows what’s real and what is a work? All I do know is that when those two step into the ring together, magic usually follows.

There were a couple of stiff shots thrown in there as expected, but it was a back and forth match. They’ve really been playing up the fact that Becky hasn’t lost in over two years so I didn’t expect her to lose a meaningless match like this. Charlotte can afford the loss, but I figured there was no way she’d tap out to Becky’s finish so they did the roll up with Charlotte trying to use the ropes and getting caught so Becky reversed it and grabbed the ropes at the last second to secure the victory.

It doesn’t really hurt Charlotte as she moves on to a likely program with Toni Storm on Smackdown while Becky resumes her program with Liv Morgan on Raw. I’m excited about both programs because it gives new talent the chance to shine and Charlotte and Becky can make them look like a million bucks. 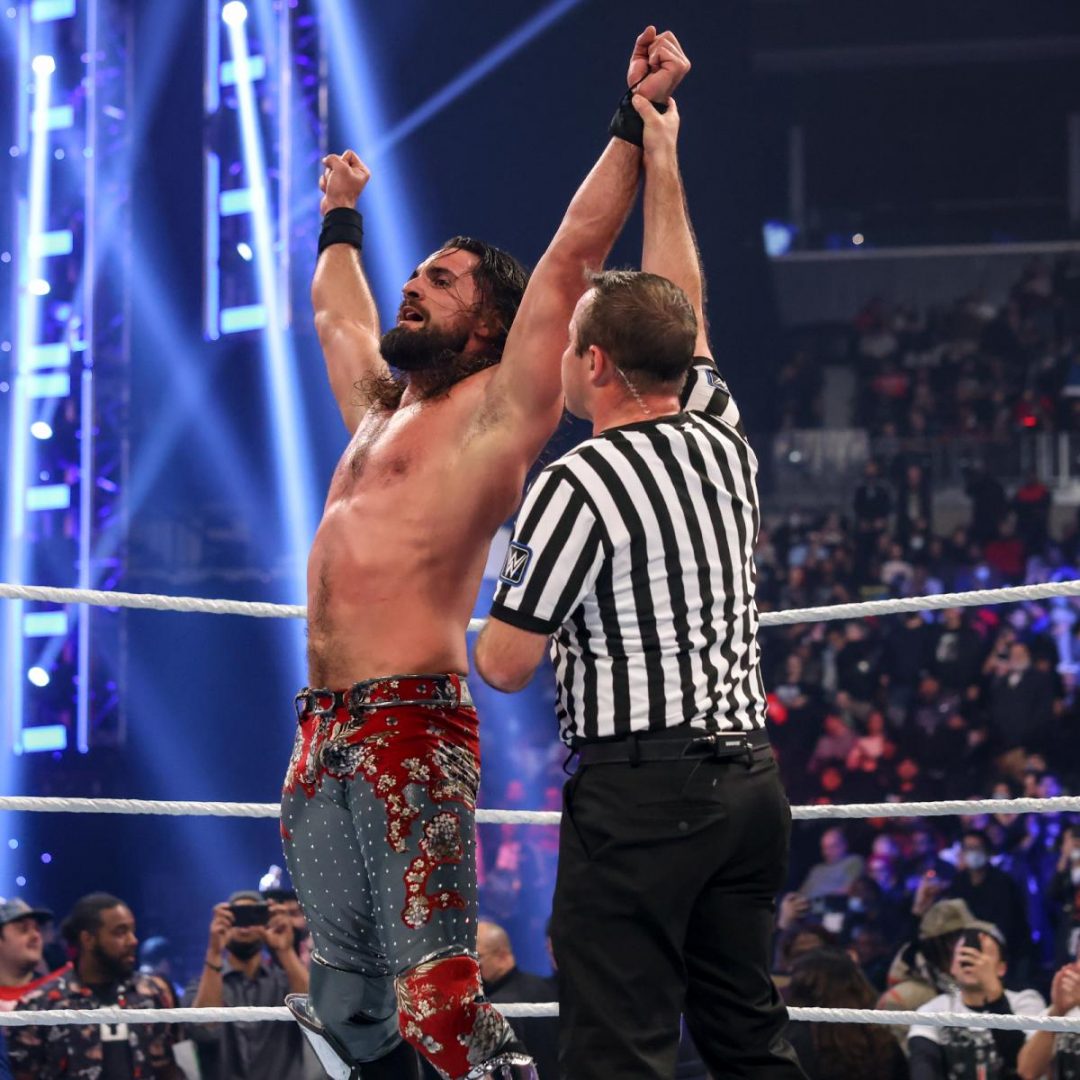 The men’s Survivor Series match was excellent, but it did feature some rather weird booking decisions. Drew Mcintyre and Bobby Lashley getting themselves counted out was surprising. I thought Drew would be one of the sole survivors, but I guess it protects him because he has been on quite a roll lately. I enjoyed Austin Theory getting some time to shine in the ring with all the veterans. He didn’t look lost or like he didn’t belong at all which is key to his growth. I was surprised King Woods didn’t make it to the final two. When you consider he lost to the Hurt Lock, there’s no real shame in it. I was pleasantly surprised and happy that Jeff Hardy made it to the final two. Jeff deserves to be built back up because he is still one of the most popular superstars on the roster.

Seth Rollins winning was no surprise. Seth is the number one contender to Big E’s WWE Championship, so having him as the sole survivor made sense. Seth Rollins has been built back up nicely after his loss to Edge at Crown Jewel and I’m looking forward to seeing Seth Rollins vs. Big E for the WWE Title. There are six weeks between now and the Day 1 pay-per-view on January 1, so I’m not sure if they will make it there. I’m not sure they’ll use all six weeks to build that match, but I would love to see it. They are both on a roll right now. 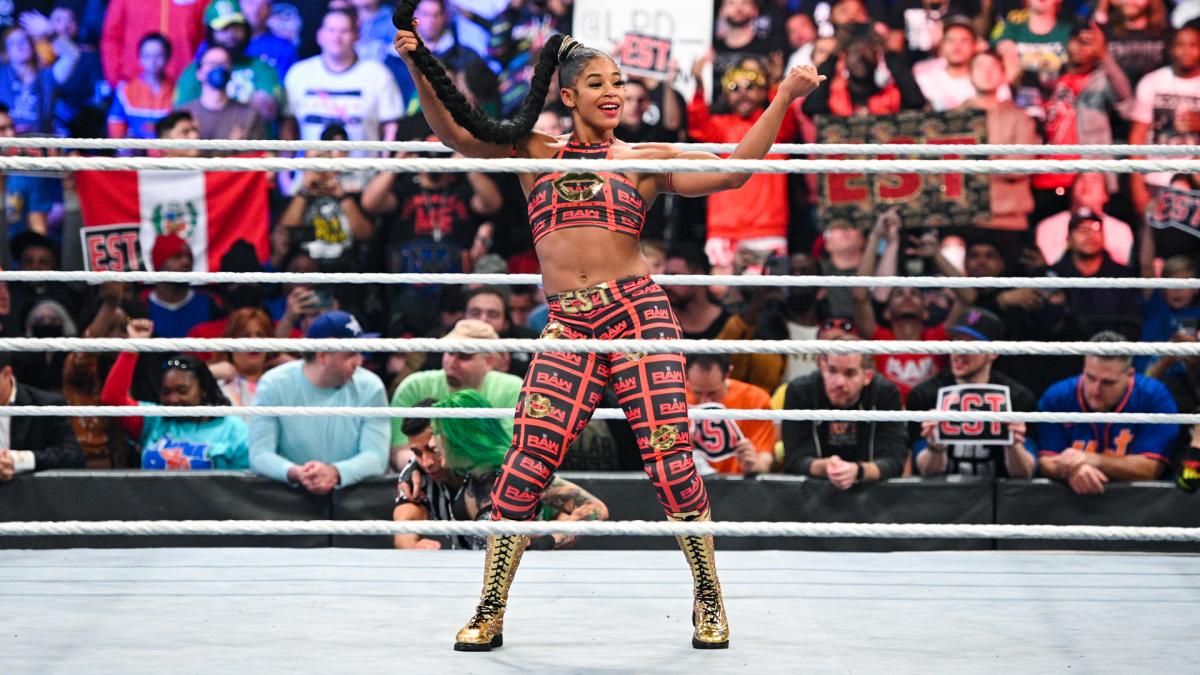 The Women’s Elimination Match was similar to the men’s only this time it was all about Bianca Belair. Sasha Banks was eliminated thanks to her three teammates Natalya, Shayna, and Shotzi keeping her out of the ring, so that sets up at least three potential heels for Sasha Banks to go after to keep her occupied while Charlotte Flair feuds with Toni Storm.

I liked that Liv Morgan was given some shine because she is challenging for the Raw Women’s Title soon. However, it was all about Bianca Belair. It got to 4-on-1 with Bianca as the lone Raw superstar until Sasha got counted out. Then Bianca defeated Natalya, Shayna, and hit the KOD on Shotzi for the pinfall.

Belair has taken a few losses lately to Becky so having her beat four women by herself is a good way to keep her strong since she is not likely to get another title shot anytime soon. Belair is definitely the most over woman outside of the Four Horsewomen so she should always be near the top of the card. The match was okay, but the story was all about Bianca and that’s good. It shows she’s not being forgotten about. 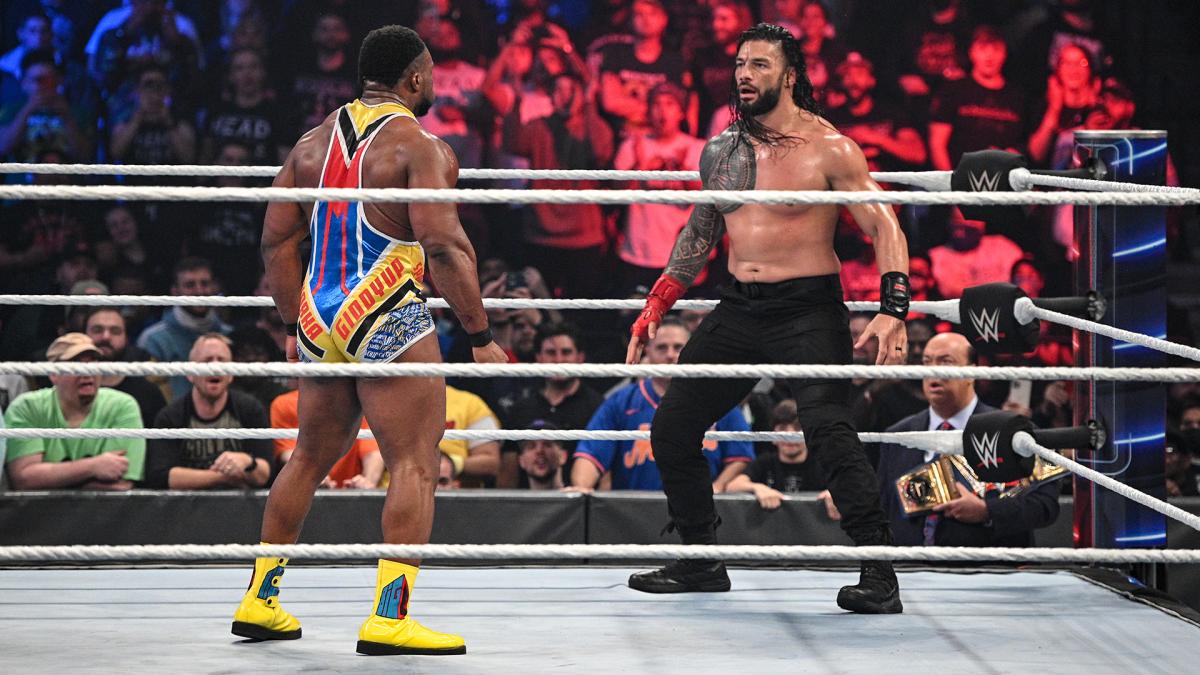 We all knew Roman Reigns was likely going to defeat Big E. It was just a matter of how. This was Big E’s first real main event test and I think he passed with flying colors. The crowd was getting behind him as Reigns kept hitting him with Superman punches and he just kept fighting back. It showed what Big E was made of and I think it will serve him well going forward. Big E has Seth Rollins lined up next and possibly Kevin Owens at Day 1 or a Triple threat. There were a few moments where you started to think this might be it, but it wasn’t meant to be.

Roman Reigns should not lose again until he loses that Universal Title. What this match did was solidify Big E as a main event guy if he wasn’t already and it is long overdue. The drama, the build up, everything about that match was great and it doesn’t hurt Big E considering he took several Superman punches and two Spears to finally put him down. I’m interested to see where he goes from here. 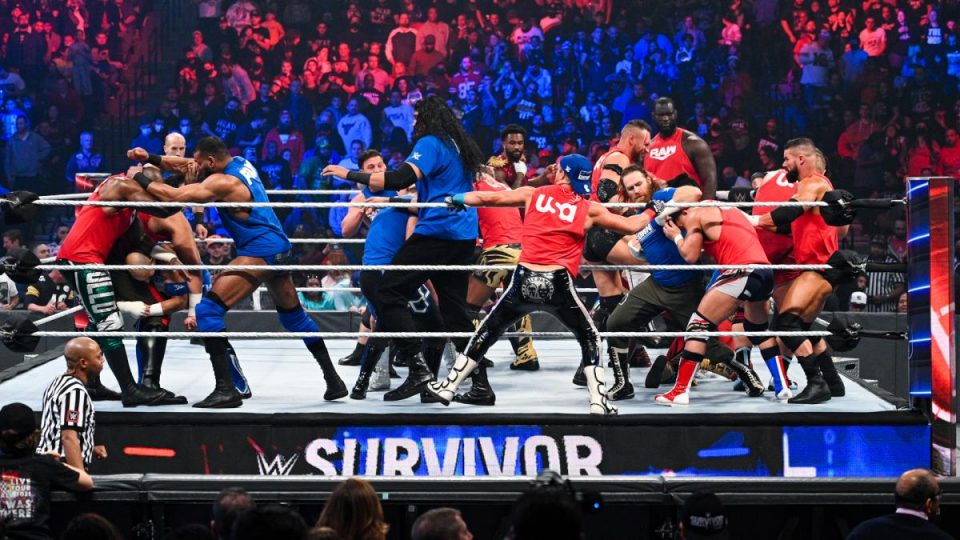 Don’t get me wrong, I love Survivor Series. Teams of five strive to survive. I don’t even have much of an issue with the Raw vs. Smackdown concept. My issue is: “What are we fighting for?”

Raw won the night 5-2, but gets nothing for it. What incentive do they have to win for their brand that they just got drafted to a month ago? If you’re going to do this brand supremacy concept then you need to add stakes to make the talent care about winning or losing. If there are no stakes, what reason do we have to get invested? The matches were good, but don’t you think the fans would’ve been more invested in the battle royal if they knew the winner got a title shot of his choosing? Or what about the Men’s Elimination Match where the winning team competed the following week for the #30 spot in the Royal Rumble?

I guarantee you the Raw vs. Smackdown concept would go over a lot better with the majority of the audience if you added some incentive to winning other than fighting for a brand you just arrived at six weeks ago. It’s not a hard concept. 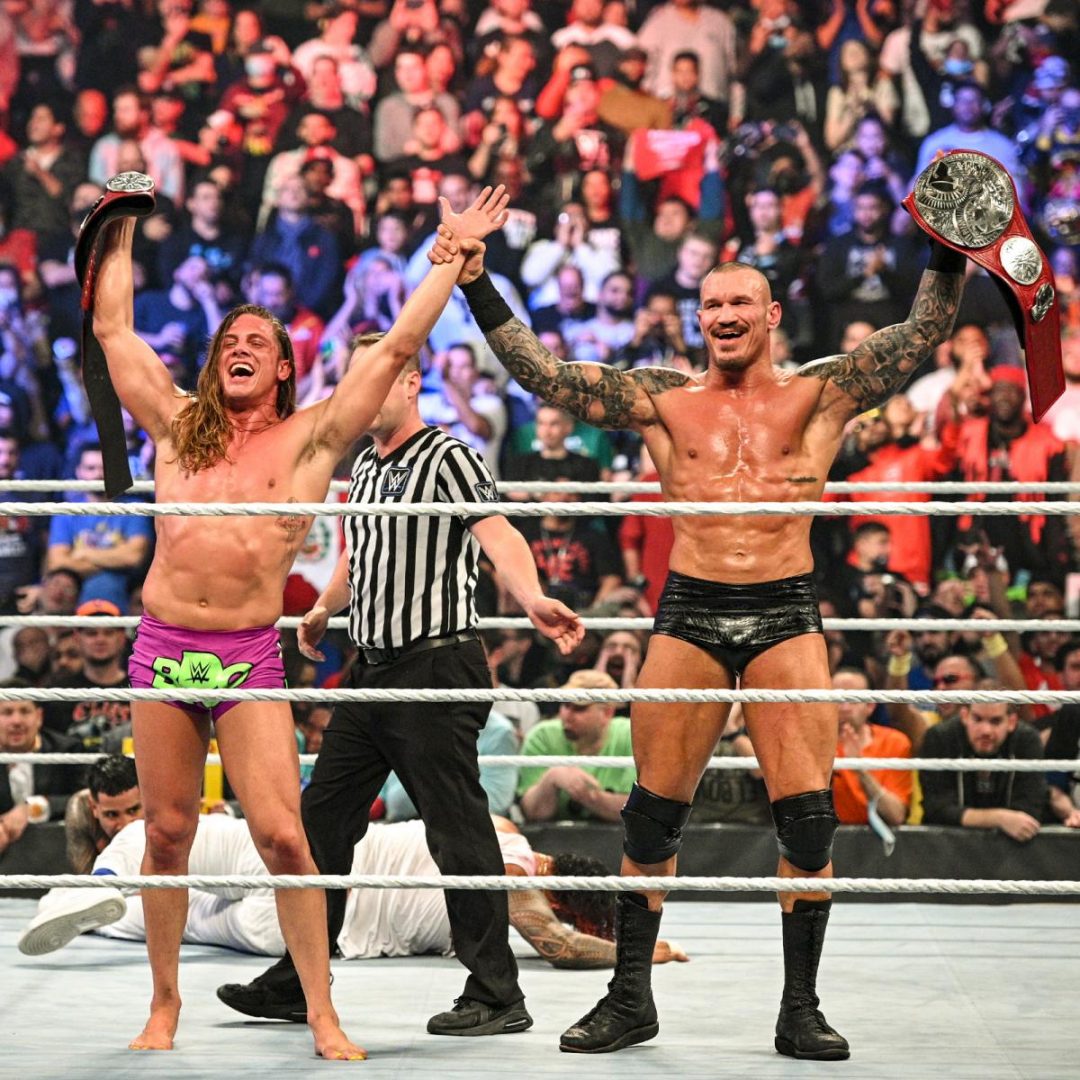 * Damian Priest/Shinsuke Nakamura: It seems as if Priest either cemented his heel turn or he’s closing in on it. Raw is quickly losing top babyfaces with Kevin Owens and now Damian Priest turning heel. I’m sure it’ll work for him as he’s been very protected. Decent match with a pretty lame finish.

* 25 Man Battle Royal: No surprise here that Omos picked up the victory. I think he is getting closer to that big singles push they want him to have. I wouldn’t be surprised if he turns on AJ Styles by the time Wrestlemania comes around.

* RK-Bro/Usos: A great match as expected. The Usos can lose matches, unlike Roman who needs to be kept strong. Another amazing counter into the RKO by Randy Orton, who has now competed in more pay-per-view matches than anyone in WWE history. No surprise that RK-Bro won. I don’t expect them to lose many, if any, non-title matches before they lose those tag titles.

There you have it. The 35th annual Survivor Series is in the books. Believe it or not, that was the last pay-per-view of 2021. The next PPV will be WWE Day 1 on January 1st 2022 from Atlanta, Georgia. They have six weeks to build to that show, so there’s no telling if any of the rivalries going on now will even make it to Day 1. I wouldn’t mind seeing Charlotte Flair vs. Toni Storm, Becky Lynch vs. Liv Morgan, Roman Reigns vs. King Woods, and Big E vs. Seth Rollins or Big E vs. Kevin Owens vs. Seth Rollins. There’s still time to get there, but it’s been a pretty good year for WWE PPVs as far as the in-ring quality goes.