We are almost 48 hours removed from the WWE Royal Rumble Premium Live Event and what an interesting event to say the least.

We had several good matches, a couple of rather underwhelming Royal Rumbles, and Wrestlemania season is officially underway. Of course, I do have five thoughts about the event, which was the first Royal Rumble with fans in two years. You can check out John Canton’s WWE Royal Rumble review here in case you missed it.

This was probably one of the most surreal things I’ve seen in my 30 years as a fan of professional wrestling. I know they’ve worked with NWA, Smoky Mountain and ECW back during the Attitude Era, but those partnerships were mostly to help out talent currently on their roster or promotions that they had a financial interest in. Impact Wrestling is neither. Mickie James is no longer a member of the WWE roster. WWE is not financially backing Impact Wrestling. For them to let her come out to her “Hardcore Country” music, wearing the Impact title, announced as the Impact Women’s Champion (Knockouts Champion) along with the graphic is monumental. Especially in 2022.

I’ve said for months that the only real forbidden door in wrestling is the one between WWE and other companies. Mickie James did her part in kicking open that door. I’m proud of her. She could’ve easily given up after WWE released her last year. Instead, she went to NWA, produced an all-women’s Pay Per View called Empowerrr last August, and then went to Impact to become their Knockouts Champion. She has probably had one of the most important years in recent memory and nobody deserves it more than her. Hopefully, she ends up back in WWE but regardless, she’s already done the impossible and I can’t wait to see what she does next. 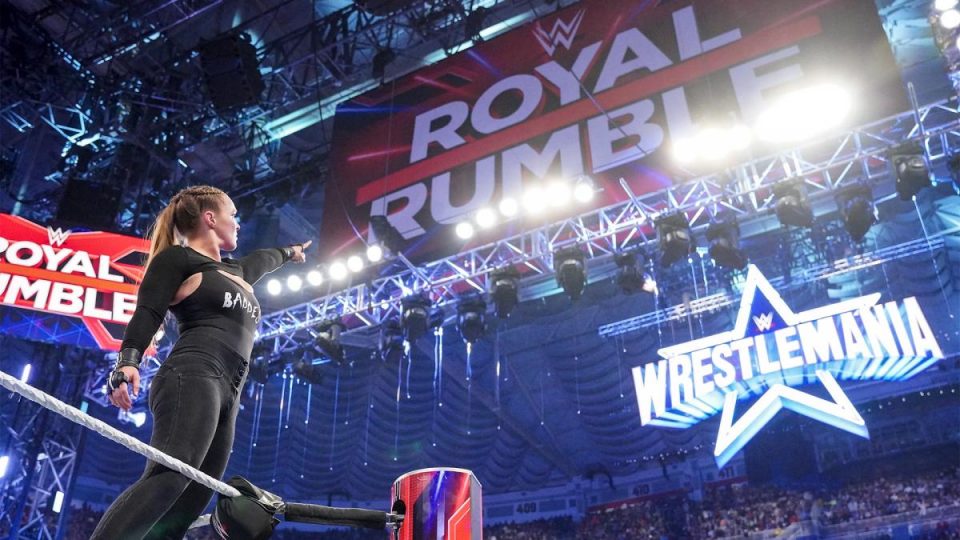 I’m not going to sit here and lie and tell you how much I enjoyed this move. I hated it. Ronda Rousey does not need to win the Royal Rumble to get a marquee match at Wrestlemania. I do get the business side of it, however. Ronda Rousey and Charlotte Flair is obviously a big match for Wrestlemania. The Smackdown Women’s Championship will be in a featured spot. However, I feel bad for Sasha Banks unless she gets her Wrestlemania match with Bayley.

I’m happy for Bianca Belair because it looks like she will finally get her revenge against Becky Lynch. The Women’s Royal Rumble was rather underwhelming aside from Mickie’s appearance. I’m willing to give it a chance. Ronda improved a lot during her only year with the company, so it will be interesting to see how she adapts this time around.

#3: THE ALL MIGHTY SLAYS THE BEAST 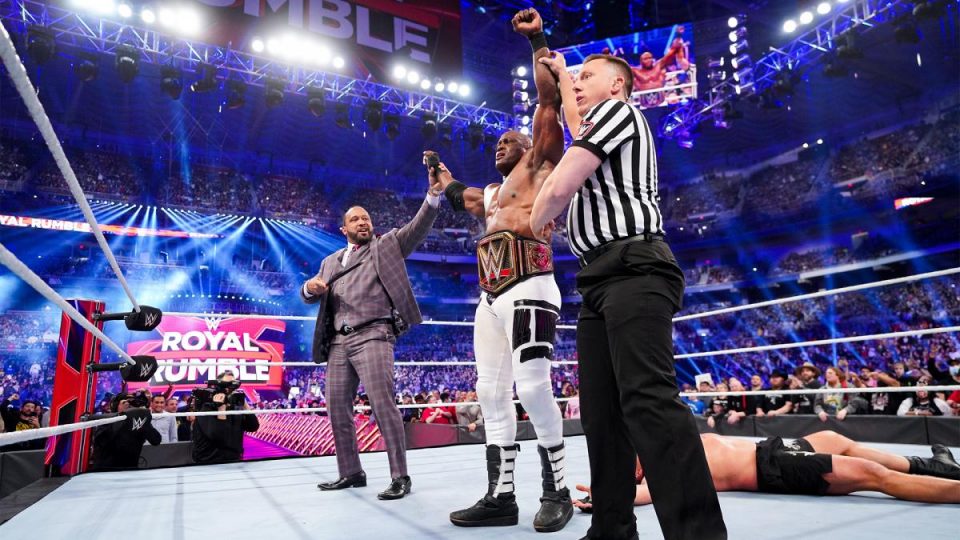 This was the one I was most looking forward to. Bobby Lashley and Brock Lesnar for the WWE Championship. It was about what I expected. Brock took Bobby to Suplex City and Bobby kept fighting back. It seemed as if they were teasing a babyface turn for Bobby Lashley before and after the match. The shocker came after the referee was knocked out. Roman Reigns came out and Speared Brock Lesnar. Paul Heyman giving Roman Reigns the WWE Title to hit Brock Lesnar was a masterful piece of storytelling.

This was probably the planned outcome to their match at Day 1, but I’m glad they did it here. It allowed Bobby Lashley to pin Brock Lesnar to become WWE Champion again and it continued the story of Roman and Brock.

#2: THE BEAST WINS THE ROYAL RUMBLE 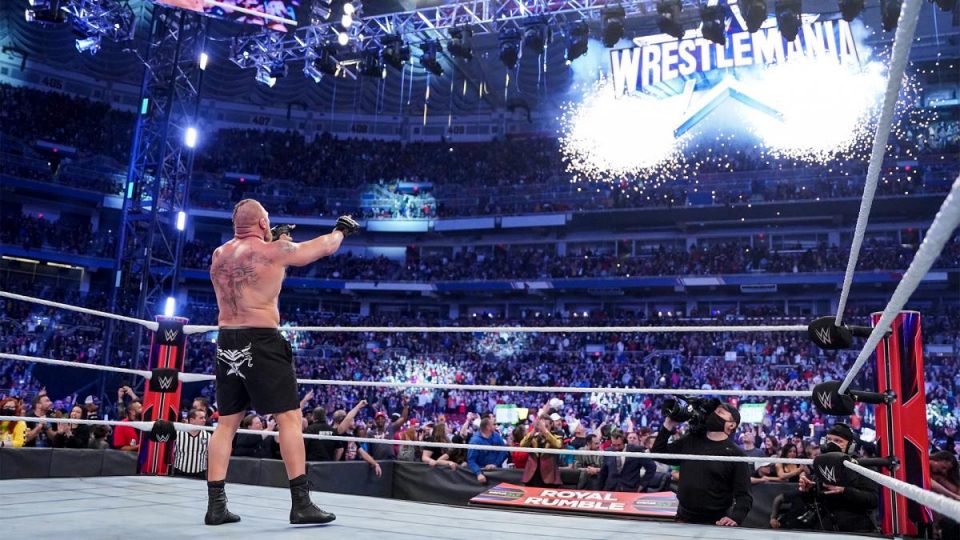 Not to be outdone, Brock Lesnar returned later that night to win the 2022 Royal Rumble. My pick going in was Big E, which obviously didn’t play out. Part of me was hoping they wouldn’t go the route of having Brock Lesnar win the match, but as soon as his music hit as entrant #30, I think we all knew what was coming. I get it.

Just like the Rousey win, I get the business aspect of it. I would’ve just went in a different direction whether it was Big E or Kevin Owens or even Drew Mcintyre again. There were other stories they could’ve told and have Brock get his match another way. However, what’s done is done and I understand it.

I guess we will see what happens on Raw. I think they should add a stipulation match to their meeting at WrestleMania. We’ve already had Paul Heyman turn on Brock Lesnar. That nugget is already done. Now they need to find another way to keep this rivalry fresh for another two months until we get to WrestleMania on April 2nd and 3rd. 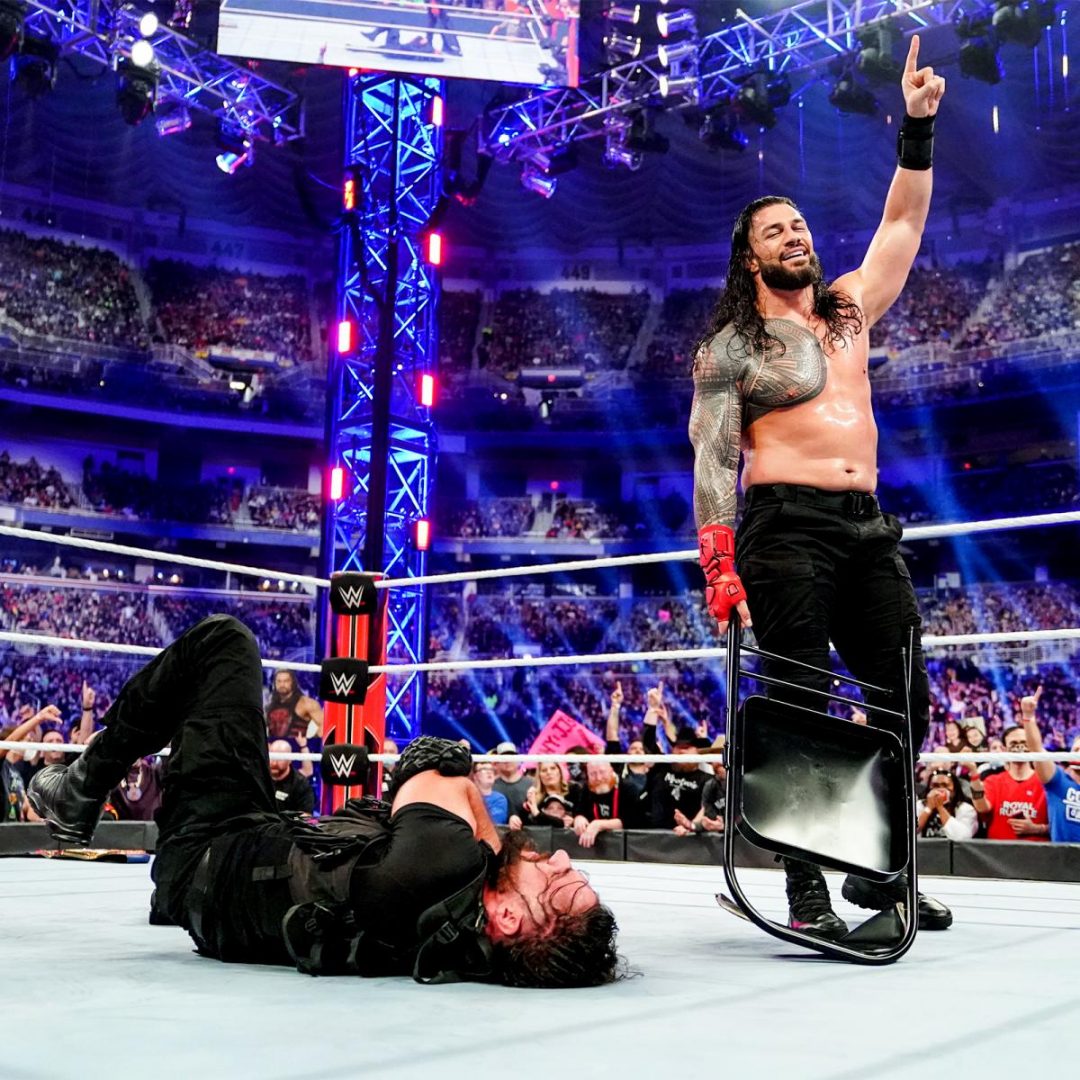 This match was full of storytelling aspects. Having Seth Rollins come out to the Shield music along with his Shield gear was great. Seeing Roman’s reactions to it was even better. Pat McAfee’s commentary sold this moment better than anything. It was all about Seth playing mind games with Roman the entire match.

People complaining about the DQ ending obviously didn’t pay attention. I get being upset. I don’t like DQ endings either. However, it was all about the mind games with Seth holding his fist out for a fist bump right before Roman grabbed him for his Guillotine Choke. Seth played those mind games and Roman snapped. It was one of those rare instances where a disqualification made sense. Seeing Roman hit Seth in the back with the chair and Seth selling it the same way Roman did years ago when Seth turned on The Shield was Roman’s way of delivering payback.

It was a masterclass in storytelling that a lot of people would miss because all they see is “Seth won by Disqualification.” Sometimes you have to look beyond the obvious. I thought it was great.

Here are some other quick thoughts from the show:

This was actually a pretty good match. Unfortunately, the crowd was distracted by the Wrestlemania sign catching on fire so it took away from the heat of the match. It was still a solid effort.

* Edge and Beth Phoenix defeated The Miz and Maryse

This was a good match. I was surprised at how active Maryse was. I figured Edge and Miz would do most of the heavy lifting and Beth and Maryse would get a few spots in. Maryse doing a hurricanrana is definitely not something I had on my 2022 bingo card. Much respect to all four involved.

The Royal Rumble was underwhelming based on the expectations I had going in but that was solely based on the two Royal Rumbles. I think if people ignored the two Rumbles or if it was just a standard premium live event, it would be looked at a lot more favorably. I’ll be back with Five more thoughts in a few weeks after the Elimination Chamber in Saudi Arabia.