This week on WWE television, we witnessed a rare event. Not once but twice. We saw the birth of two new stars that should be on a trajectory for mega-stardom.

Who are these two new megastars? Cora Jade on WWE NXT and Liv Morgan on WWE Raw. Let’s take a closer look. Cora Jade started off on NXT as a happy-go-lucky 20-year-old Bayley type with a skateboard instead of the “I’m a hugger” t-shirt. She seemed to be a background nobody that was just going to be bullying fodder for Toxic Attraction. Then Jade picked up a surprise win over NXT Women’s Champion Mandy Rose on a recent edition of NXT 2.0. When she was added to the Women’s WarGames match on the face team, I figured it was just so Rose could get her win back. What we got instead was far better for Jade.

During Sunday’s NXT WarGames event, Io Shirai and Kay Lee Ray had set Jacy Jayne up on a table and were doing paper, rock, scissors to determine which one gets to dive off the cage onto Jayne when Jade pushed her way through and climbed to the top of the cage. Jade jumped off the top of the cage and hit an awkward-looking Swanton Bomb to put Jayne through the table and sold the impact perfectly. (You can see it in the video below.)

The sell job was so realistic that you were not really sure if she was legit hurt or not until Shirai played doctor to “pop” Jade’s shoulder back into its socket. Jade kept a low profile until the go-home sequence when Toxic Attraction attacked her and her teammates made the save. Raquel Gonzalez took out Jayne before Gigi Dolan and Gonzalez take each other out. With everyone down, Jade rolled up Jayne to win the match for her team.

Jade spoke to Sports Illustrated about her cage dive moment:

“I started crying and it was such raw emotion. I fell in love with this when I was eight. It’s what I’ve wanted and worked for over the past 12 years. To go into the back after the match, after a WarGames match, and have people like Shawn Michaels and Road Dogg shake my hand, it’s the craziest, most amazing thing.”

“I wrestled on the indies before this, but there is nothing that can ever compare to tonight. And I’ll always remember standing up on top of that cage. It’s pretty high and scary. But when opportunity arises, you go get it.”

On NXT 2.0 this past Tuesday, Jade talked to Gonzalez about possibly winning the NXT Women’s Championship, to which Gonzalez told her to slow down. 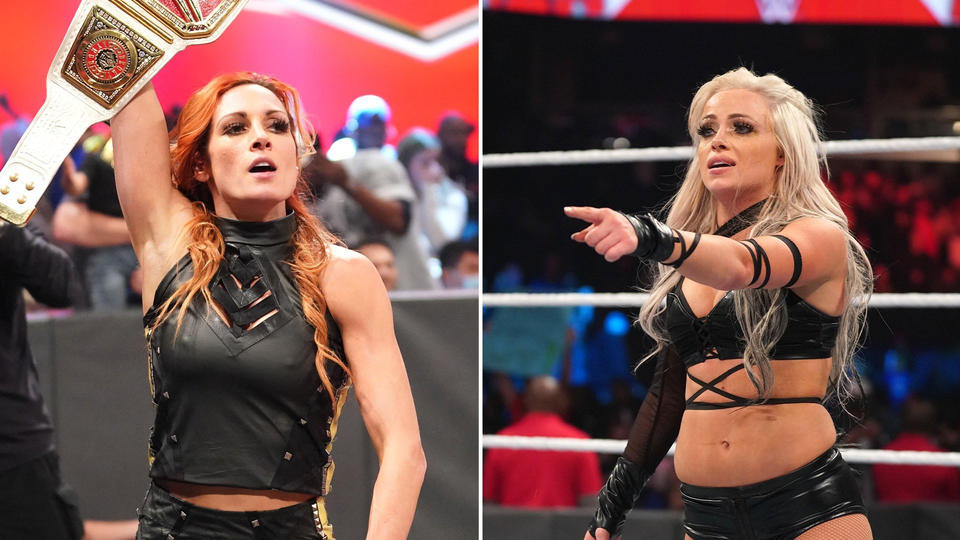 Liv Morgan won an opportunity to compete for the Raw Women’s Championship several weeks ago and finally got her match this past Monday on Raw.

In the lead up to the big match, Morgan had improved on mic, improving her delivery and wording. You could tell that she’s been working to improve her skills in preparation for her moment in the spotlight. Becky Lynch was helping do her part in building up Morgan in the lead up for their match. Lynch helped make Morgan show that she deserved the title shot.

As for the match, it was a great performance by both, used to establish that Morgan is a legitimate title contender. Morgan looked like a million bucks in that match. She had the performance of her career as I noted in my Raw Reaction column.

Lynch did an amazing job making Morgan look and feel like a legit championship contender. Morgan is going to come out of this match a better performer, both in the ring and on the mic. It was really good to see that Morgan was able to keep up with Lynch in the ring. The ending of the match had Lynch use her craftiness to get the better of Morgan in this match (with Lynch holding the ropes to get the pinfall win), but it by no means was this Morgan’s only chance.

A rematch or two between these two is all but certain, with Morgan eventually toppling Lynch to catapult Morgan to that next level and superstardom. Morgan has a big following and they are ready to see her advance to that next level.

For Cora Jade, I suspect she will get an NXT Women’s Championship title run in the second half of 2022. She will need to have some solid backing with a solid push to make it happen. We may have some cameo appearances at the Royal Rumble along the way, as well.

Jade is young and has plenty of time to develop. If developed properly, she could become the next Rhea Ripley. Jade would likely need 2-3 years of development in NXT before a main roster call-up would be successful. If she isn’t rushed, she could be the next big thing for WWE.

For Liv Morgan, I had her pegged to win the 2022 Women’s Money in the Bank match with a successful cash-in on the champion of her choosing in my First Time Champions in 2022 column. I firmly believe that Morgan is being positioned to win the 2022 Women’s Royal Rumble and will take the title off Becky Lynch at WrestleMania 38 in April. There may be a rematch at Day 1, but the title win will be saved for WrestleMania and that oh-so-special WrestleMania moment she rightfully has earned.