Welcome back, TJR readers! Did you spend all day Friday looking at the sky for Iranian airplanes, and missed WWE Smackdown? Perhaps you spent all day Monday trying to avoid 800 political ads and missed Raw.

10. Nick Aldis and NWA Have a Falling Out

It is safe to say that the NWA and Nick Aldis will not be exchanging Christmas cards this year. This week Aldis announced on Instagram that he will be leaving NWA due to his unhappiness with the direction of the promotion. Aldis noted that it was supposed to be for subscribers, but accidentally went out to his feed on IG. This led to NWA President Billy Corgan suspending Aldis the very next day, and announcing that he would not be competing on the NWA PPV this Saturday. Aldis has been with the NWA since 2017 and is a former two-time NWA World Champion that is a free agent on January 1st. It is unknown what is next for Aldis, but you would think that Tony Khan would love to debut him in a big way before he ends up on his YouTube show in three months. (TJRWrestling)

Wait til he goes on @BustedOpenRadio later this morning.

I gave 5 years to the brand. I hope the other talent are paying attention because if he will do this to me he'll do it to anyone.

…all because I'm leaving & didn't like "gags the gimp" & "social distancing matches". https://t.co/rxea0YrElu

9. Two Title Matches to Take Place This Tuesday on NXT

Both the men’s and the women’s NXT Championships will be up for grabs this coming Tuesday night. On the women’s side, NXT Women’s Champion Mandy Rose will defend her title in a Halloween Havoc rematch against Alba Fyre. For the men, it will be champion Bron Breakker defending his championship against fellow second-generation superstar Von Wagner. Two title matches on NXT feel like a big deal as it is almost half as many as AEW Dynamite has every week. (TJRWrestling)

8. Nikki Cross Wins and Then Trashes the 24/7 Championship

The most useless championship in professional wrestling may finally be coming to an end. This past Monday on Raw, Nikki Cross defeated Dana Brooke to capture the WWE 24/7 Championship. After a commercial break, Cross was then shown attempting to throw the championship in a trash can. The title proceeded to actually miss the trash can and land beside it, while Cross just continued to walk away. Hopefully, WWE has no plans of hiring Jim Duggan as a custodian anytime soon, and the title can go into a landfill where it belongs. (TJRWrestling)

AEW will finally be going across the pond. This past Wednesday on Dynamite, Tony Schiavone announced during commentary that AEW would be going to the UK sometime in 2023. This will be the first time that AEW has held shows outside of North America, with it being said that they will have more information about the shows in the coming weeks. AEW touted high ratings in the UK as the reason for the trip, with even a whole six of their fans watching Dark. (TJRWrestling) 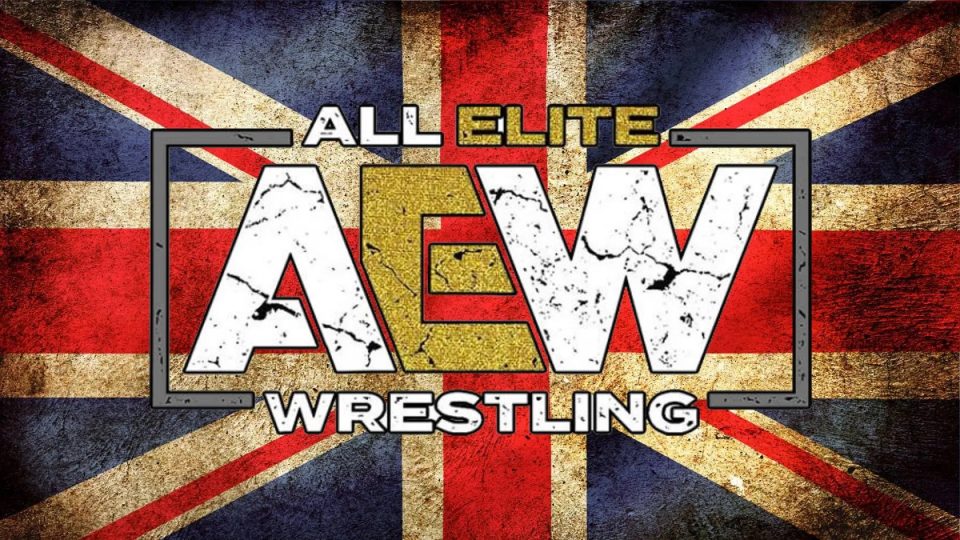 6. The New Day to Challenge The Usos for the WWE Undisputed Tag Team Championships

Tonight’s Smackdown has the potential to be one for the history books. Tonight on Smackdown, The Usos will defend the WWE Undisputed Tag Team Championships against The New Day. On the surface that may not seem like such a big deal, but it does when you take into consideration that if The Usos win they will surpass The New Day’s record of 483 days as champions. Becoming the longest reigning Tag Team Champions in WWE history would be an incredible accomplishment for The Usos; just ask the LA Rams how difficult it is to remain champions for more than a year. (TJRWrestling)

Well, well… It seems as though the stage is set… https://t.co/woxwcsars9

Asuka and Alexa Bliss’ reign as WWE Women’s Tag Team Champions didn’t even last a week. This past Saturday at WWE Crown Jewel, IYO Sky and Dakota Kai defeated Asuka and Bliss to recapture the titles. The finish of the match saw Nikki Cross attack Bliss out of nowhere, allowing Kai to get the win. This win was historic as it was the first women’s titles to ever change hands in Saudi Arabia. This accomplishment will hopefully lead to future female accomplishments in Saudi Arabia, with them even maybe getting to choose who they marry someday! (TJRWrestling)

With Survivor Series just a few weeks away, WWE has announced the first match for the PLE. This past Monday on Raw, it was announced that Bianca Belair, Asuka, Alexa Bliss and two mystery women will face Bayley, IYO SKY, Dakota Kai, Nikki Cross and a mystery woman in a WarGames Match. As of this writing, there is no indication of who the final three women will be in this match. Personally, if you are looking for a woman who has experience fighting in a cage for your team, Sunny may not be a bad option. (TJRWrestling)

For the first time since 2017, Saraya (Paige in the WWE) will be competing in a match. It was announced this week on Dynamite that Saraya has been medically cleared, and will face Dr. Britt Baker, D.M.D at Full Gear on November 19th. Saraya was forced to retire from in-ring competition due to a severe neck injury in 2018. Hopefully, Saraya is completely healthy and ready to return to the ring, nevertheless it probably is a smart decision that she chooses to face a doctor in her first match back. (TJRWrestling)

What a surreal night it was last night! @Saraya announcing she’s 100% cleared for in ring competition! I sat down with Raya to talk about her comeback and her journey to getting healthy. One of the first people she told the good news to? @MercedesVarnado ❤️⚡️ listen now! pic.twitter.com/aO1k8QhcWm

This past Saturday at WWE Crown Jewel, Logan Paul faced Roman Reigns in the main event for the WWE Undisputed Universal Championship. Although in the end, Paul was not victorious in the match, he unquestionably proved that he belongs at that high of a level. Unfortunately, Paul’s incredible performance came at a high cost. Shortly after the match, Paul announced that he had a torn meniscus, MCL & potentially torn ACL. The injury happened halfway through the match, possibly during an incredible splash through a table spot. Hopefully, Paul will return to the ring soon, and not have to depend on only his 30 million from YouTube to feed his family. (TJRWrestling)

1. Austin Theory Fails to Cash In the Money in the Bank Briefcase

It is safe to say that Triple H does not feel the same about Austin Theory as Vince McMahon did. This past Monday on Raw, Seth Rollins held an open challenge for the WWE United States Championship. Bobby Lashley would then answer the challenge, and proceed to brutally attack Seth Rollins before the match could begin. Lashley would then leave the ringside, with Theory suddenly coming to the ring with the briefcase. Theory would then shockingly cash in the MITB briefcase on an injured Rollins for a shot at the United States Championship. If cashing in the MITB briefcase for a mid-card title was not bad enough, Theory would end up losing the match (after an attack from Lashley) to Rollins after getting hit with The Stomp. It is not all bad news for Theory however, as I hear there is a title in a trash can that Triple H might let him hold. (TJRWrestling)

That concludes another edition of The Top Ten Wrestling Stories of the Week. Although I often joke, I have recently started refereeing with NYCW and FCWA, and respect more than ever what wrestlers do every week. I wrote an article all about it all right here. If you like what I do, despite my jokes being almost as bad as being endorsed by Donald Trump. Then follow me on Twitter @Fowlerwrestlin1. Thank you for taking the time to read this each week.