Welcome back TJR readers! Did you spend all day Friday getting your bets in for the weekend’s NFL games, and missed WWE Smackdown? Perhaps you spent all day Monday practicing how to properly down a football, and missed Raw.

Smackdown featured a WWE Hall of Famer this week. This past Friday, Lita returned to Smackdown. Lita was interviewed in the ring by Michael Cole, and stated that she thinks she has one more run left in the WWE. Lita was then interrupted by Charlotte, who told Lita she would retire her like she did Trish Stratus. This led to the two of them having a physical confrontation, with Lita hitting a Twist of Fate on Charlotte. Both Lita and Charlotte will be a part of the Women’s Royal Rumble Match on January 29th, with hopes of winning and going on to main event WrestleMania. Lita has actually only wrestled at WrestleMania one time in her Hall of Fame Career, losing in a forgettable six-minute match at WrestleMania 18. We will have to wait and see if Lita can get a WrestleMania match worthy of her career, just like Jerry Lawler did. (TJRWrestling)

9. Sami Zayn Re-Signs With the WWE

Kevin Owens is going to have his best friend with him for at least several more years. A month after Owens had signed a multi-year contract with the WWE, Sami Zayn has decided to do the same. Zayn reportedly had interest from both AEW and ROH, but decided to stay with the WWE instead. Zayn is currently feuding with Jackass star Johnny Knoxville, with the two both being in the Royal Rumble on January 29th. Zayn is also next in line for a title shot at the Intercontinental Championship if WWE ever remembers that the title exists. (ITRWrestling)

8. Xavier Woods to Miss the Royal Rumble Due to Injury

The Men’s Royal Rumble will be Royal-Less this year. This week, King Xavier Woods announced that he has suffered a torn plantaris, and will be out 4-6 weeks. Woods suffered the injury while attempting a DDT to Jey Uso. Woods joins fellow Smackdown star Sasha Banks, who is also dealing with a leg injury that will cause her to miss the Rumble. Woods being out unquestionably stinks, but at least, according to rumors, he is going to be replaced in the Rumble with Jon Moxley, Cody Rhodes, Chris Jericho, CM Punk and Andre the Giant. (TJRWrestling)

7. Cody Rhodes Not Under an AEW Contract

It appears that AEW has so many superstars under contract that they have forgotten to sign one of their champions to one. This week it was reported that AEW TNT Champion Cody Rhodes currently does not have a contract with AEW, and technically is a free agent. Rhodes is currently working on a handshake deal, and did appear on this week’s episode of Dynamite. Rhodes is also an Executive Vice President for AEW, so it is very unlikely that he will be signing for another company. This of course did not stop the internet wrestling community from speculating that WWE can sprinkle enough magical Stardust to get him to appear in the Rumble. (TJRWrestling)

Roman Reigns added another accomplishment to his already impressive resume this week. This past Sunday was Reigns’ 504th day as WWE Universal Champion. This incredible feat surpasses Brock Lesnar’s 503 days as champion, making Reigns the longest reigning Universal Champion in history. To put it in perspective of how long Reigns has been champion, he defeated Braun Strowman and Bray Wyatt for the title and there was actually a line in catering during the show. (TJRWrestling)

The greatest of this generation, the best to ever hold the #UniversalTitle.

The numbers, the main events, the dominant performances… they don’t lie.

5. Cody Rhodes and Sammy Guevara to Unify TNT Championship’s This Week on Dynamite

The Interim TNT Championship is going to have a very short lifespan. This week on Dynamite, AEW TNT Champion Cody Rhodes returned from his battle with Covid-19. During a promo segment, Rhodes challenged Interim TNT Champion Sammy Guevara to a ladder match at Beach Break on January 26th to unify the TNT Titles. Guevara was just crowned Interim Champion on January 8th, when he defeated Dustin Rhodes at Battle of the Belts. By creating a championship that lasts for a mere 18 days, Tony Khan has somehow managed to make a title more worthless than the 24/7 Championship. (TJRWrestling)

4. Walter Changes His Name to Gunther

Walter’s official debut for NXT 2.0 came with a brand new name as well. This week on NXT 2.0, Walter faced Roderick Strong in the main event. After Walter was victorious in the match, he took the microphone and declared: “The winner of this match is Gunther.” Earlier this week it was reported that WWE had attempted to trademark the name Gunther Stark, which is also the name of a famous Nazi from WWII. WWE has since dropped that trademark, and Walter will now just be going by Gunther. As one would suspect, this change was not met with positivity by most of the wrestling community. Personally, I do not understand all the anger, as they could have changed his name to Waldo, and then you would have never found him on TV. (TJRWrestling)

The ring isn't big enough to hold a brawl of this magnitude!! #Imperium#DiamondMine#WWENXT@WalterAUT@Marcel_B_WWE@FabianAichner@roderickstrong@JuliusCreedWWE@BrutusCreedwwepic.twitter.com/FLEQUtLsY5

One superstar has decided that he is not going to wait for the next round of WWE releases. This past Sunday, Mustafa Ali took to Twitter to announce that he has requested to be released from WWE. Ali has been a part of the WWE since 2016, but has not been used on television in several months. Hopefully, Ali can go and be successful in another wrestling company, and get some Retribution on how WWE has treated him. (TJRWrestling)

i am requesting my release from wwe pic.twitter.com/Q1QP8SA5zV

2. WWE Elimination Chamber to be Held in Saudi Arabia 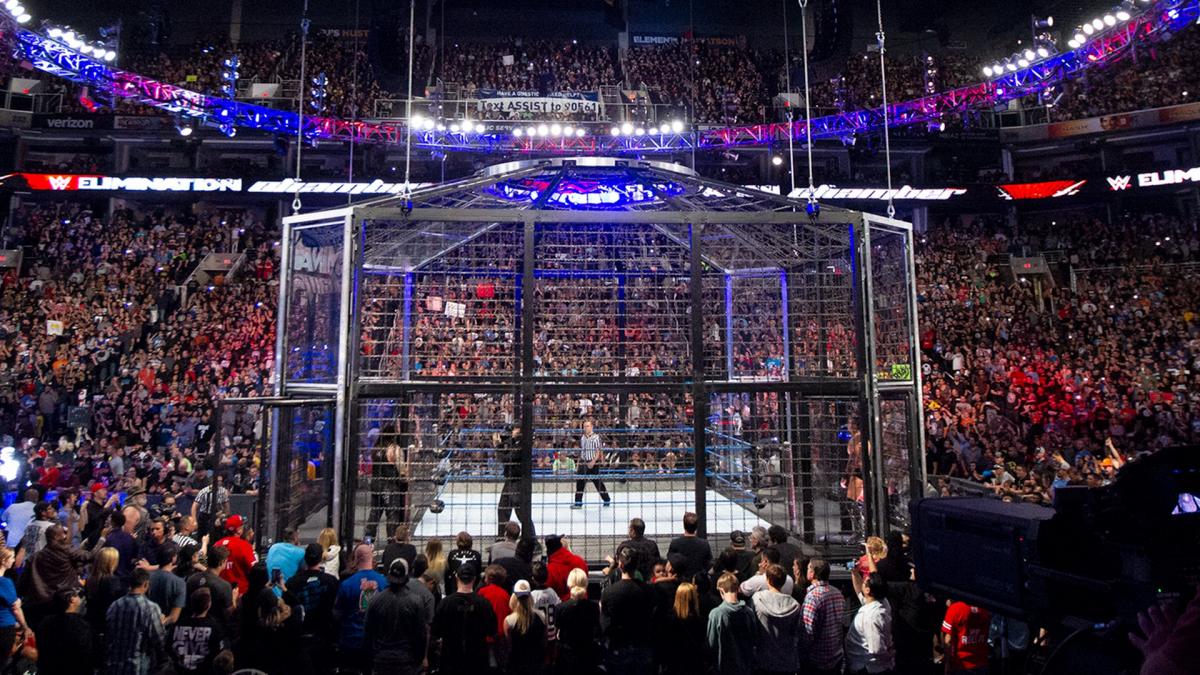 After an almost three-month absence, Jon Moxley returned to AEW this past Wednesday. Moxley took a break from wrestling this past November to enter an outpatient alcohol treatment program. Moxley appeared on Dynamite this week in great shape and gave an excellent promo to start off the show. Fans will not have to wait long to see Moxley compete in the ring, as he will be facing Ethan Page tonight on Rampage. I for one am glad to see Moxley back, and am also glad that AEW didn’t institute an interim Jon Moxley while he was gone. (TJRWrestling)

That will conclude another edition of The Top Ten Wrestling Stories of the Week. Thank you for taking the time to read this each week. Although I often joke, I have recently started refereeing with NYCW and respect more than ever what wrestlers do every week. I wrote an article all about it all right here. If you like what I do, despite my jokes being almost bad as having your name suddenly changed, then feel free to listen to my brand new podcast The Smark and the Noob and follow me on Twitter @Fowlerwrestlin1 as well.