Welcome back TJR readers! Did you spend all day Friday trying to decide if you would say screw it to your weekend commitments, and missed WWE Smackdown. Perhaps you spent all day Monday remembering a soldier that didn’t come home, and missed WWE Raw.

10. Simone Johnson Gets a Name Change

Simone Johnson is going to have to prove that “it doesn’t matter what her name is.” This week Johnson, who is the daughter of Dwayne “The Rock” Johnson, had a ring name change to Ava Raine. Raine 20 years old and has yet to wrestle a match for WWE. Raine is actually a 4th generation superstar in the wrestling business, and will obviously have some huge shoes to fill. Raine’s name change was of course met with criticism on social media, with a lot of fans raising an eyebrow over it.

i could build my entire career around my father & people would still bash me anyway 🤷🏽‍♀️ https://t.co/LjkQdoOpws

Miro has finally returned to AEW. This past Wednesday on Dynamite, Johnny Elite was in the ring for an open challenge. Former TNT Champion Miro then made his surprise return, defeating Elite by submission. This was Miro’s first wrestling match for AEW this year, with his last match for AEW being all the way back in November of 2021. Luckily for Miro, due to him being a former WWE star, he will still make way more money than MJF will this year. (TJRWrestling)

This past Sunday at AEW Double or Nothing, the Jericho Appreciation Society (JAS) defeated Bryan Danielson, Jon Moxley, Eddie Kingston, Santana and Ortiz in the first Anarchy in the Arena Match. The following Wednesday on Dynamite, Jericho was gloating about the victory when he was interrupted by William Regal and Kingston. Regal and Kingston then challenged Jericho to a rematch, this time in a Blood and Guts Match. Jericho at first turned down the challenge, but changed his mind when Ortiz was able to snip off a bit of his hair. Jericho will now face Ortiz one on one in a Hair vs. Hair match, before JAS faces Danielson, Moxley, Kingston, Santana and Ortiz in a Blood and Guts Match on June 29th. Blood and Guts is basically AEW’s version of War Games, and should not be confused with Ric Flair’s last match which is Guts and more Guts.

7. Former WWE Superstars Debut at AEW Double or Nothing

Tony Khan added even more stars to his already impressive roster this week. This past Sunday at AEW Double or Nothing, former NXT manager Stokely Hathaway came out and distracted Anna Jay to allow Jade Cargill to get the win. Stokely then joined forces with Cargill, with Cargill and her friends Kiera Hogan and Red Velvet continuing the attack on Jay. Kris Statlander and then a debuting Athena (Ember Moon) came out to save Jay. Athena and Hathaway were not the only debuts at Double or Nothing, as former ROH World Champion RUSH appeared as well. RUSH appeared in a pre-taped segment, as the new business partner for Andrade El Idolo. Tony Khan reportedly paid for these new acquisitions with the extra money he is not paying to MJF.

6. NXT In Your House to Take Place This Saturday 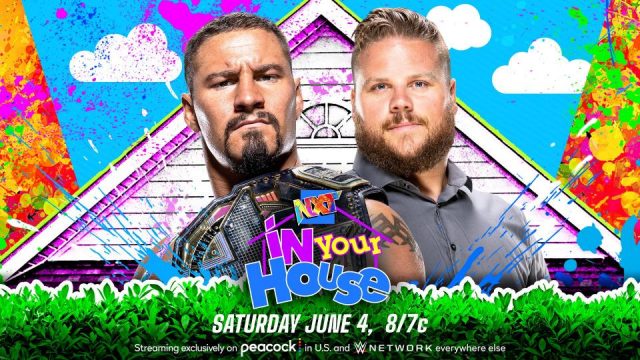 Dr. Britt Baker and Adam Cole got to spend Memorial Day celebrating together this year. This past Sunday at AEW Double or Nothing, both Baker and Cole were able to win their respective Owen Hart Foundation Tournaments. Baker was able to defeat Ruby Soho in the finals, while Adam Cole defeated Samoa Joe. Both Cole and Baker were then presented trophies and championship belts from Owen Hart’s widow Dr. Martha Hart. The championship titles are not believed to be official championships, and therefore will be defended on PPV as often as the WWE Intercontinental Championship. The first matchup for AEW X NJPW: Forbidden Door was announced this week, and it is a huge one. This past Wednesday on Dynamite, CM Punk and FTR defeated Max Caster and The Gunn Club. After the match CM Punk knew New Japan Pro Wrestling was in the house and stated, “I know your back there, show me who I got!” This led to NJPW legend and eight-time former IWGP World Champion Hiroshi Tanahashi stepping out and accepting the match. Punk and Tanahashi will now face off in Punk’s hometown in Chicago, Illinois, at AEW X NJPW: Forbidden Door. It is unknown if the AEW Championship will be on the line, though with a record of 0-0 in AEW, Tanahashi will likely be the number one contender.

3. WWE Hell in a Cell to Take Place This Sunday

WWE’s next Premium Live Event titled Hell in a Cell is set to take place this Sunday, June 5th. So far there are six matches announced, with unbelievably every match being from the Raw roster. United States Champion Theory will defend his title against Mustafa Ali. Kevin Owens and Ezekiel will try to settle their differences when they go one-on-one. AJ Styles, Finn Bálor & Liv Morgan will face Judgment Day consisting of Edge, Damian Priest & Rhea Ripley. Bobby Lashley will face Omos and MVP in a handicap match. Bianca Belair will defend the Raw Women’s Championship against both Becky Lynch and Asuka. Finally, Seth Rollins and Cody Rhodes will face off inside Hell in a Cell. WWE will have one more chance tonight to add some matches from Smackdown, with every wrestler besides Ricochet being eligible. (TJRWrestling) 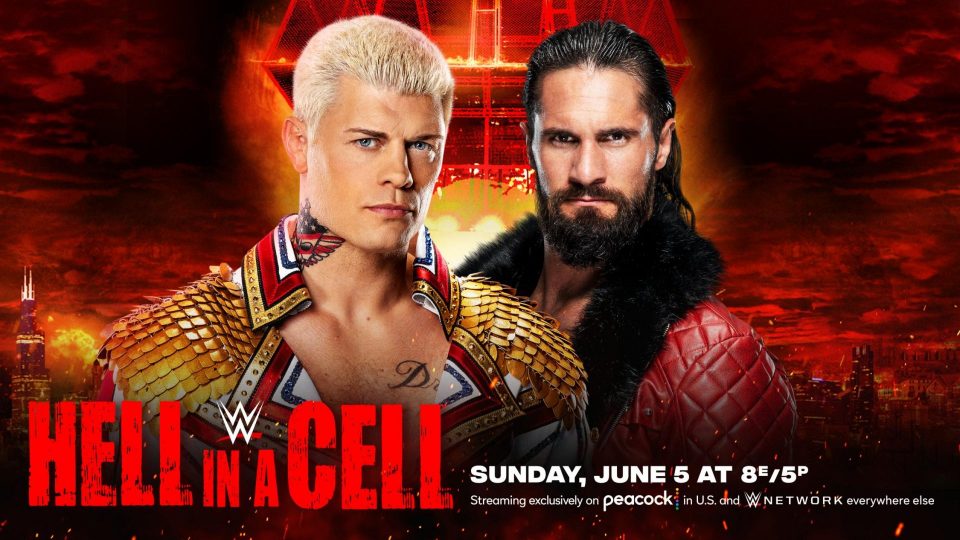 Tony Khan was almost forced to only have 12 matches this Sunday at AEW Double or Nothing. For several weeks, MJF has made it known via social media that he is unhappy with his current contract, and also that former WWE talent that has signed with AEW is making more than him. MJF wished to renegotiate his contract, which is not set to expire in 2024. MJF’s unhappiness came to a head this week, when he no-showed an AEW Fan Fest that he was scheduled to appear at. This led to concerns that MJF would not appear to face Wardlow at AEW Double or Nothing. In the end, MJF did appear, although just a few minutes before his match was scheduled to take place. MJF then would get destroyed by Wardlow, including being “storyline” stretchered to the back. MJF then reportedly immediately left the arena. MJF then would appear on Dynamite and give his version of the “pipe bomb” promo. During the promo, MJF would tell Tony Khan to fire him, before calling him a “F*cking Mark.” MJF and Khan are reportedly going to meet this week to try to hash their differences out, with Khan likely trying to explain to MJF that he needs to wait until he gets his allowance before he can pay him more. (TJRWrestling)

The Summer of Punk is upon us once again. This past Sunday at AEW Double or Nothing, CM Punk defeated “Hangman” Adam Page to capture the AEW World Championship. The finish of the match saw Punk dodge Page’s Buckshot Lariat, before hitting the GTS for the win. Punk’s win comes only nine months since joining AEW last August. Punk is also just the fifth person to ever hold the AEW Championship, and the third former WWE superstar to hold it. In an interview with ESPN this week, the 43-year-old Punk stated, “I’m living in the moment and I’m 100% in my f—ing prime, best I’ve ever been.” I for one can relate to Punk, as at 41 I got out of bed this morning after only three tries! (TJRWrestling)

The Summer of Punk has officially begun 😤 @CMPunk is your AEW World Champion #ANDNEW#AEWDoNpic.twitter.com/4e294kbwzl

That concludes another edition of The Top Ten Wrestling Stories of the Week. Thank you for taking the time to read this each week. Although I often joke, I have recently started refereeing with NYCW and respect more than ever what wrestlers do every week. I wrote an article all about it all right here. If you like what I do, despite my jokes being almost as bad as MJF’s paycheck, then follow me on Twitter @Fowlerwrestlin1.