Welcome back TJR readers! Did you spend all day Friday watching Sasha Banks in a galaxy far, far away, and missed Smackdown? Perhaps you spent all day Monday calling your union rep and missed Raw. Worry not, for I have returned with another edition of The Top Ten Wrestling Stories of the Week to catch you up.

Dana Brooke and Mandy Rose will no longer be apart of the Women’s Raw Survivor Series Team. During a match on Raw this week, WWE did an angle where Nia Jax and Shayna Baszler injured Mandy Rose. Later on in the night, a concerned Dana Brooke was attacked by Reckoning from Retribution, injuring her as well. Due to these injuries, it was announced that Lacey Evans and Peyton Royce will now be taking Brookes and Roses spots on the Women’s Raw Survivor Series Team. The reasoning behind WWE making the shift is that Mandy Rose legitimately hurt her shoulder the previous week on Raw in a segment involving Nia Jax. It will be interesting to see if WWE ever does a five on five Survivor Series Match with teams made up of all the women Nia Jax has injured. (TJRWrestling) 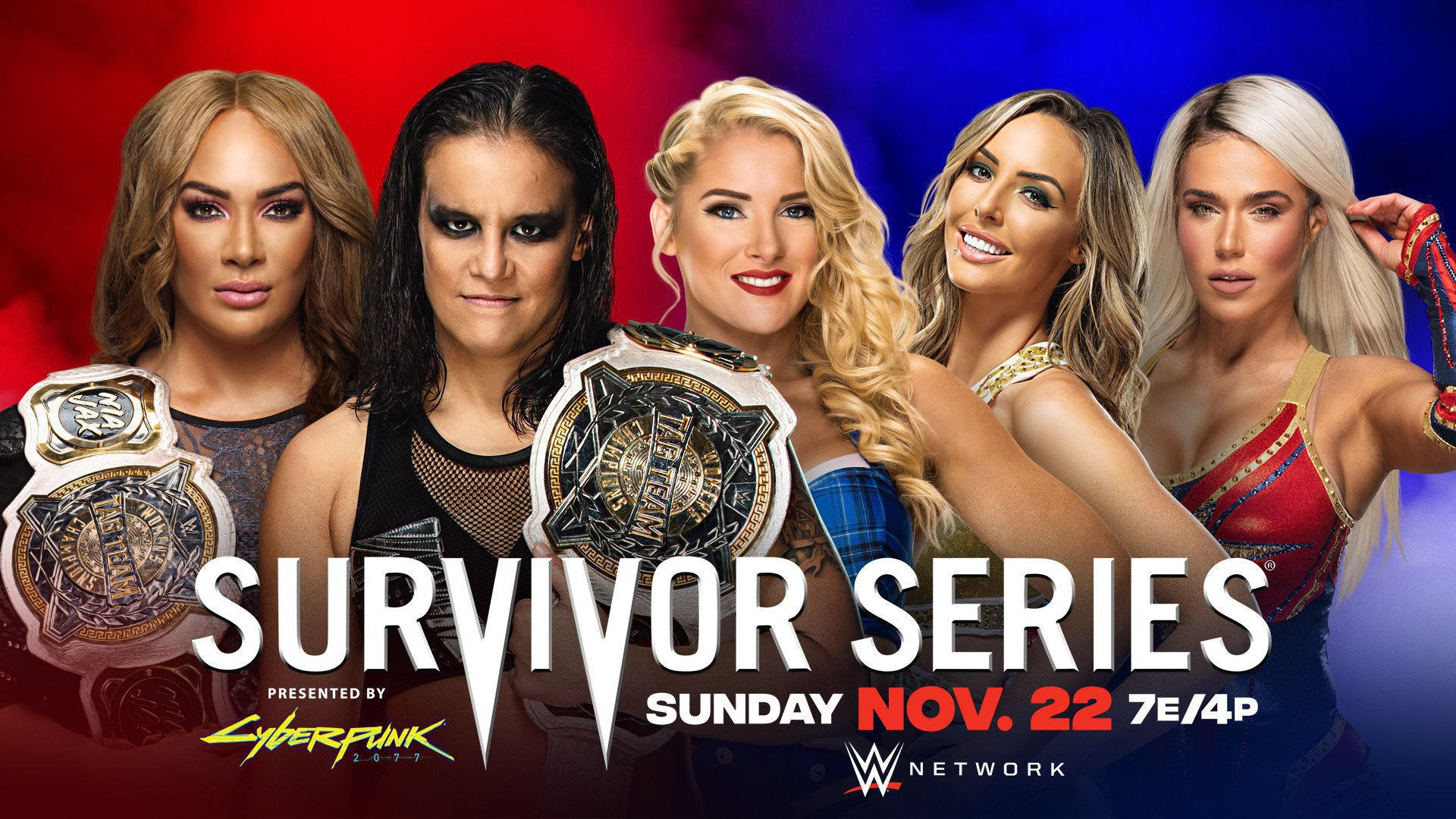 Team Taz got a new member this week on AEW Dynamite. Team Taz members Brian Cage and Ricky Starks continued to attack Darby Allen and Cody Rhodes after they defeated them in the main event of AEW Dynamite. This prompted Will Hobbs to run to the ring with a chair and chase Team Taz to the floor. Hobbs then picked up Cage’s FTW Title and shockingly hit Cody with it, joining Team Taz in the process. This moment was even more shocking purely because it was the most useful the FTW title has been in 20 years. (TJRWrestling)

8.The Thunderdome is Moving to Tropicana Field in Tampa Bay

The Thunderdome has found a new home. With the NBA season set to begin in early December, WWE was forced to move from the Orlando Magic’s home in the Amway Center. WWE luckily doesn’t have to move very far, as they will be moving the Thunderdome an hour down the road to the Tampa Ray’s home of Tropicana Field in Tampa Bay Florida. Starting December 11th, WWE will be holding all Raw, Smackdown and PPV shows from Tropicana Field until further notice. No fans will be in attendance for these shows, which honestly won’t be that much different than usual for Tropicana Field. (TJRWrestling)

7. Seth Rollins to Take Time off for the Birth of his Child, Becky Lynch Shares Pregnancy Photos

This week on Smackdown, Seth Rollins lost to Rey Mysterio, when Murphy turned on Rollins and cost him the match. Rollins will face Murphy this week on Smackdown, which likely will be one of his last appearances before stepping away for a while. Seth Rollins’s fiancé, Becky Lynch, is expected to give birth to their first child in the beginning of December, and Rollins will be taking time off to join her. Rollins and Lynch posted pregnancy photos on Instagram this week, delighting everyone besides Vince McMahon, who was angry that he doesn’t own the rights to Becky Lynch’s uterus. (TJRWrestling)

It was a tough first day for Chelsea Green on Smackdown last week. Green made her Smackdown debut in a fatal 4-way match with Natalya, Liv Morgan and Tamina, with the winner getting the third spot on the Women’s Smackdown Team. Green, who was supposed to win the match, unfortunately, broke her wrist about a minute into the match. The match continued on without her, with Morgan eventually getting the win. This was obviously extreme bad luck for Green, as she got injured in a women’s match that Nia Jax wasn’t involved in. (TJRWrestling)

Seth Rollins is not the only former Shield member that is expecting a child. On this week’s AEW Dynamite, Jon Moxley announced that his wife Renee Paquette (Young in her WWE days) is expecting their first child. Moxley casually dropped the big news while giving a backstage promo by stating that he has a “pregnant wife at home.” Young also announced this week that she is starting a new podcast called “Oral Sessions.” I have a number of jokes I could make, but this is a PG-13 site so I will just say congratulations to the happy couple. (TJRWrestling)

The next NXT Takeover event was announced this week. NXT Takeover: War Games is set to take place on Sunday, December 6th at 7PMET on the WWE Network. So far, not one but two War Games matches have been announced. On the women’s side, both Shotzi Blackheart and Candice LeRae will captain a team inside the double cage. On the men’s side, it will be Adam Cole, Kyle O’Riley, Bobby Fish and Roderick Strong of The Undisputed Era Facing off against The Kings, made up of Pat Mcafee, Pete Dunne, Oney Lorcan and Danny Burch. This will be The Undisputed Era’s fourth War Games, which even after a recount is more than anyone else in NXT. (TJRWrestling)

Zelina Vega is no longer with WWE. This past Friday, WWE tweeted that they have come to terms with the release of Vega, wishing her the best in her future endeavors. Interestingly, ten minutes before WWE’s Tweet, Vega has tweeted that she supports unionization. Vega is also very popular on Twitch, with it being reported that she did not want to shut her channel down after the WWE edict. It is unknown exactly what caused this sudden release, but what is known is that Chris Jericho has just booked himself another podcast guest in a few months. (TJRWrestling)

It is finally that time of the year again when the most important prize in professional wrestling will once again be up for grabs. Of course, I’m talking about something way more important than any title belt, I’m talking about Brand Supremacy! This Sunday at WWE Survivor Series, the Raw and Smackdown brands will compete against each other in six matches to decide which brand reigns supreme. If that was not enough of an incentive to watch, this year’s Survivor Series is also being billed as “The Final Farewell” for the Undertaker. Taker will be appearing at the event, but as of now will not be wrestling in a match. This is possibly due to WWE seeing no purpose for a match, as Taker is not a member of either brand and therefore cannot wrestle for brand supremacy. (TJRWrestling)

It did not take Drew McIntyre long to become a two-time WWE Heavyweight Champion. After losing the title to Randy Orton just 22 days prior, McIntyre defeated Orton on Raw this week to once again become champion. McIntyre will now go on to face Universal Champion Roman Reigns this Sunday at Survivor Series. After the big win, McIntyre told Reigns to set up another place at the dinner table because Drew was coming over, assuming that the dinner isn’t already at its capacity and everyone is taking proper precautions of course. (TJRWrestling)

That will conclude another edition of The Top Ten Wrestling Stories of the Week. As always, if you like what I do, please follow me on Facebook and Twitter @BackseatBookers and listen to my podcast The BackseatBookers. (Please be aware that it is explicit as my potty mouth has needed union representation.)