All Elite Wrestling is riding high off a pretty successful 2021. Things like the AEW debuts of former WWE superstars such as Bryan Danielson, Adam Cole, and Malakai Black and the return of CM Punk after seven years

There was an All Out pay per view that broke company records. It seems as if AEW can do no wrong in the eyes of a lot of the wrestling community. However, there is one flaw that AEW has and has had since day one of the promotion and that’s the Women’s division. Now, don’t get me wrong, AEW Women’s Champion Britt Baker is a star. 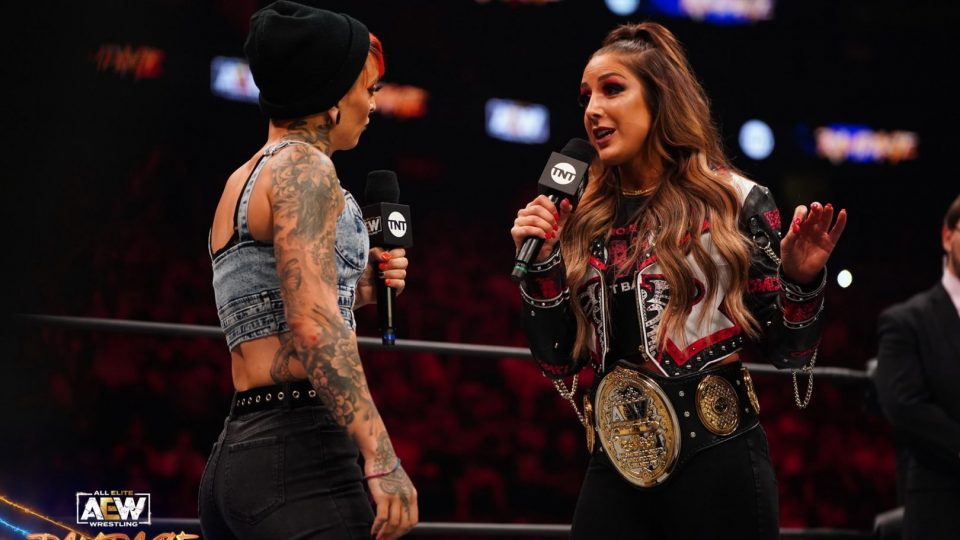 Baker carries herself like a star and she’s treated like a star. However, after Britt Baker, it becomes a little more muddled. You can criticize WWE’s women’s division all you want (I wrote about them last week), but they have five to seven women on the roster that are stars that people identify with. Impact Wrestling has a very stellar knockouts division boosted by the recent editions of Mickie James and The Iinspiration.

AEW seems to only be committed to having one women’s match per show which I feel is hurting the division. Especially with the creation of the AEW TBS Championship. How can you properly feature two women’s titles when you’re only featuring one women’s match per show? You have a ton of potential in that division, but you can’t properly display that by putting them on Dark and Elevation instead of Dynamite or even Rampage. AEW has one legitimate female star in Britt Baker. I know people will say Jade Cargill or Thunder Rosa, but being a star isn’t just about what people think of you. It’s about how you’re treated within the company. AEW has talent that should be featured more on their flagship show. You have the tools, Tony Khan. Use them. Here are five women in that division I believe can have breakout years in 2022 if they’re allowed the platform. 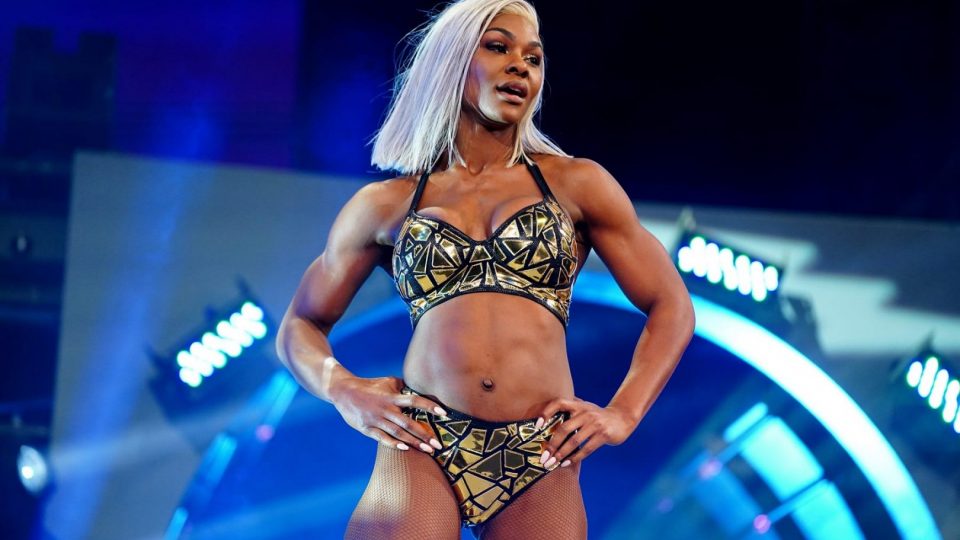 Let me start by saying that Cargill has been protected for much of 2021. She is 21-0 as we sit here today and a favorite to be the first-ever TBS Champion. She has a nice act with “Smart” Mark Sterling as her manager, but she can talk so I’m not sure she needs one. In 2022, they need to work on getting her more reps. Most of her matches are squashes or really short matches which is understandable given her experience level. However, if she is going to be given a run with the TBS Title, she needs to take that next step.

I’m not sure what her training looks like when she is not wrestling, but her matches need to improve in 2022. AEW caters to a relatively smart audience. That audience will begin to take notice if Jade puts on subpar performances. She has the ability to be the biggest women’s star in AEW besides Britt. They just need to give her longer and more frequent reps. 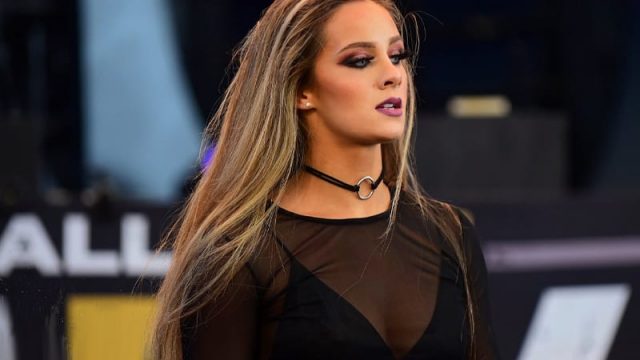 Anna Jay is a fully homegrown AEW talent. She was trained at the Nightmare Factory and she has established herself as a pretty likable babyface alongside Tay Conti and the Dark Order. Unfortunately, she’s had 13 matches since returning from injury over the summer. Of those thirteen, only three have been on Dynamite. That needs to change. She has mostly been seen as a backup to Tay Conti. She needs to establish herself on her own and she can rival Britt Baker for the AEW Women’s Title.

Jay has improved a lot in the ring, but doesn’t get nearly enough promo time. I’ve seen small clips of her on BTE and she has the personality. They just need to figure out how to display that on television. If they can do that, I see a big 2022 in her future.

Hikaru Shida seems to be the iron woman of AEW. She is 52-11 in her career at AEW and held the Women’s Title for one year before Britt Baker dethroned her at Double or Nothing 2020. My issue is from her loss at Double or Nothing in May until October, she hadn’t competed on Dynamite one time. Not once in five months. She’s wrestled four times on Dynamite since October. Her series of matches with Serena Deeb were exceptional and displayed that she was capable of showing a different side. AEW needs to explore that different side. She is good in the ring, but isn’t able to show much personality outside of anger. That’s fine as long as you put that over as her turning on the switch when she has to.

The Serena Deeb feud showed what she was capable of outside of just good matches. Use that to your advantage in 2022. Give her more television time. I’m not saying put her on every week, but a woman as talented as Shida should not go five months without wrestling on television. 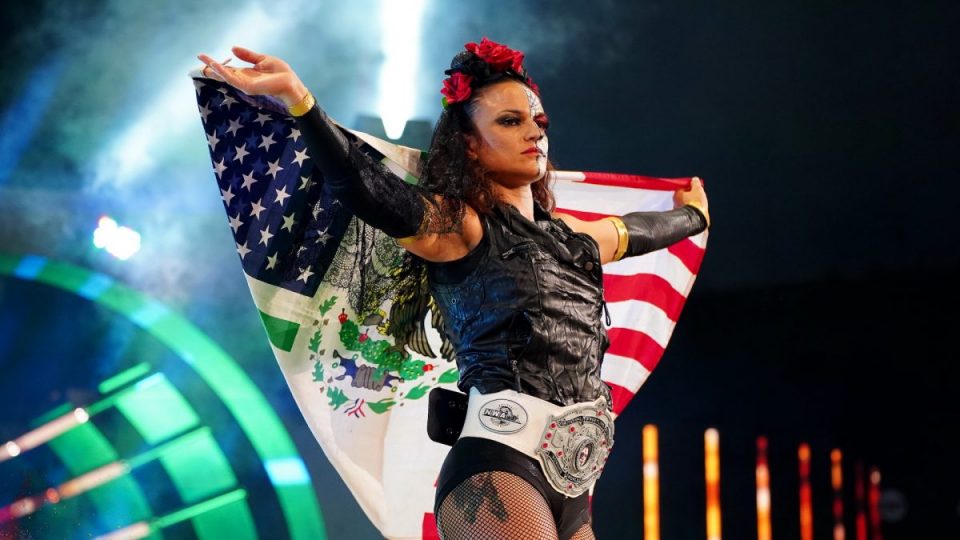 Thunder Rosa is probably the easiest woman outside of Britt Baker to make a star. She already has the following, the unique look, and she can go in the ring. The problem is she has only wrestled four times on Dynamite since May. You can’t make stars if you don’t feature them on television. There are rumors of them reigniting the feud with Britt Baker in 2022 but as of now, I wouldn’t want to see it. The reason is that she has been so devalued over the last seven months that I couldn’t take her as a realistic opponent to dethrone Britt Baker. That’s sad compared to how she was positioned at the beginning of 2021 but this is where we are at right now.

They need to start 2022 by giving Thunder Rosa a massive winning streak on television. Even if it’s Rampage. Then you will have an epic encounter when Rosa and Baker meet again. She is a slam dunk for AEW if they capitalize on it.

This is another slam dunk. Ruby Soho has name identity from WWE. She’s a likable character. She has catchy theme music and can go in the ring. Problem is, she’s only wrestled on Dynamite four times since she arrived and two of those were in September. The title match she earned at All Out was rushed to Britt Baker two weeks later at Grand Slam. I understand she got the main event spot, but that feud would’ve been a lot hotter if it was allowed to play out over a month or even until Full Gear.

That’s the issue – how many feuds has Britt had since she won the title that lasted longer than a few weeks? You have a minimum of two months and sometimes more in between pay-per-views. You do not have to blow these stories off in two weeks. Ruby has a unique look and she is one of the few women in AEW who can actually hold her own on the mic (as seen in the video above). Give her the spotlight. She has a big 2022 lined up if they can get her on television more. Hopefully, a move to TBS will do that.

That’s it. Those are five women I believe could carry the women’s division if given the chance. I didn’t even mention Serena Deeb, who’s only wrestled four times on Dynamite all year, or Tay Conti, who’s only wrestled on Dynamite three times since April. Those two could be valuable if given more time. AEW may not have the talent pool of WWE or Impact Wrestling. However, they have a solid foundation in place. All they need is time and more chances to show what they can do.