Welcome one and all to the last installment of the NXT Spotlight before NXT Takeover: San Antonio this Saturday! Last week we saw the full Takeover card get finalized so now all we have left is the final takes from some of the parties involved. I’ll have some predictions for Saturday in my Final Takes. So let’s get to the show! 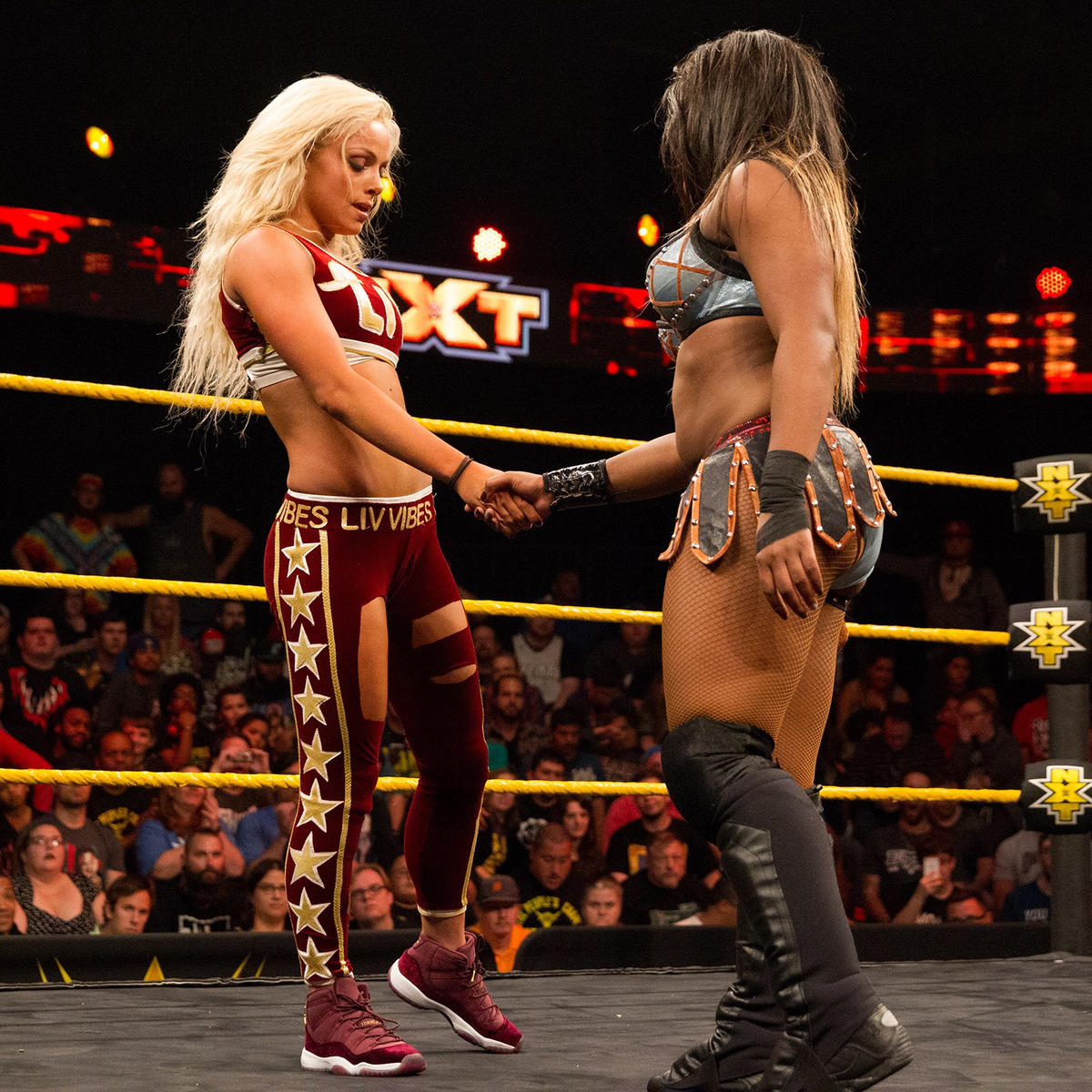 This match was set up last week as both women wanted to stake their claim as the next contender to the Women’s Title after Takeover is done. Hopefully this is the start of the big push for Ember that everyone has expected. Both women counter each other to start and then both kick out of early pin attempts. They both repeatedly counter inside cradle pin attempts and roll around like a ball. Liv then drops Ember with a headscissors takedown but Ember kicks out again. Ember catches Liv with a high knee in the corner and then hits a fallaway slam. Liv this time is the one to kick out. Ember goes right to a Crossface submission. Ember has it locked on in the middle of the ring for a good amount of time. Liv finally reverses it into a pin but doesn’t get the three. Liv hits a dropkick and then a facebuster. Now she hooks on a front facelock choke but Ember powers her up and tosses her over the top rope all the way to the floor. That was impressive. Ember comes running on the apron and hits a running kick. She tosses Liv back in the ring and goes up to the top rope and Liv Morgan is officially eclipsed.

Andrade Almas is backstage now and is asked about his comments to Roderick Strong. He talks some Spanish and then says he’s going to kick Strong right in the face. Roddy shows up and dares Almas to kick him in the face now. Almas just walks off and Roddy is then asked about the match but here comes Almas again and attacks Roddy. He beats up Roddy while trash talking in Spanish and then leaves him laying.

A video package is shown highlighting the Tag Title Match at Takeover between DIY and The Authors of Pain. 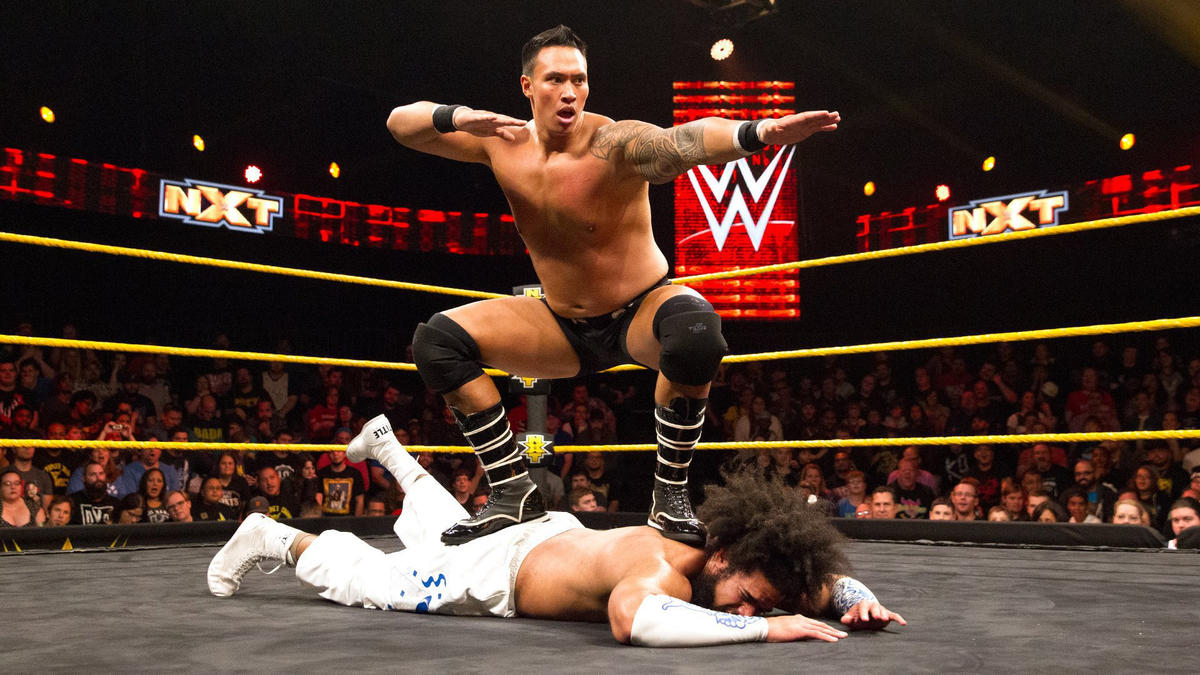 No Way Jose vs. Kona Reeves

This is another match that was set up last week due to a backstage confrontation. Reeves gets a go behind on Jose, who starts dancing and gets Reeves to break the hold. Jose snapmares Reeves and then an armdrag. He goes for the windup pitch punch but Reeves backs into the corner to avoid it. Reeves acts like he wants to make good with Jose and starts dancing himself. Jose joins him but then gets a shot to the throat. Reeves ends up dropping Jose with a Samoan Drop but Jose kicks out. Reeves keeps licking his hands and it’s weirding Corey Graves out. Reeves ends up surfing on the back of Jose. Reeves then locks on an abdominal stretch. Jose hiptosses his way out of it and then hits Reeves with a big boot. Reeves tries to come back with a splash but Jose moves and Reeves catches the top rope. Jose fires up with a few shots and then drops Reeves with a flapjack. He goes for the windup pitch punch again but Reeves moves. Reeves comes off the ropes but gets caught in the pop-up punch from Jose and that gets the win.

Post match, Jose is interviewed, or at least attempted to be as Elias Samson comes out and interrupts. He sings a song about Jose but Jose cuts him off and tells him it absolutely sucks. Jose gets the crowd to start a “Just Drift Away” chant to the tune of his theme song. Samson charges the ring, but Jose punches him off the apron and Samson decides to retreat. 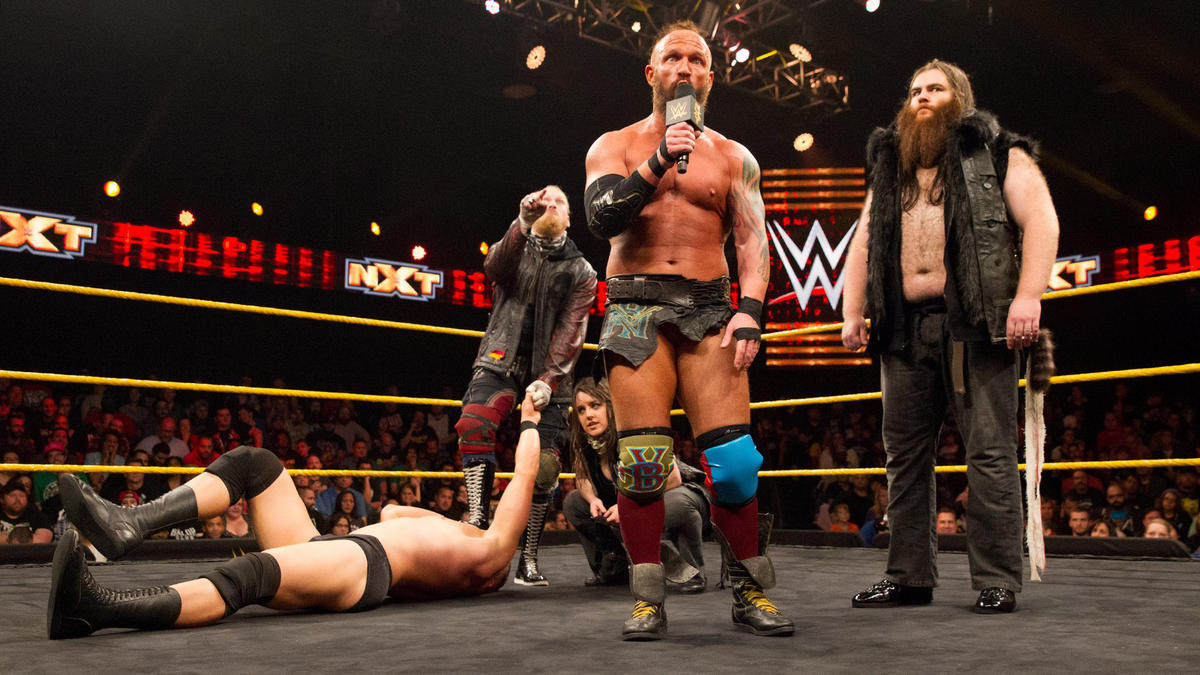 Sanity is now back to four members as Damo is along for the ride in this match, and he is now going by the name Killian Dain. Atkins is focused on the members on the outside and it lets EY attack him from the get go. Atkins manages to drop EY with a shoulder block but EY goes right back on the offense. EY mocks the 10 chant from Dillinger as he lays in the right hands. EY then hooks Atkins in his hangman’s dragon sleeper. Atkins lands face first and EY comes off the ropes with his elbow drop. He then sets up Atkins for the Wheelbarrow Neckbreaker. Atkins isn’t a small man, so EY doesn’t connect fully with the neckbreaker, but it’s enough to get the win.

Post match, EY grabs a mic and says that Dillinger made his choice and it was the wrong one. Killian comes running from the corner and drills Atkins with a senton splash.

We then get a recap of The Revival taking out Shane Thorne last week after their upset loss to TM61. It’s announced that Thorne has torn his ACL and lateral miniscus and the timeline for his surgery is 7-9 months. That’s a real bummer for him and for the team. Definitely wish him a speedy recovery.

We get a video package highlighting both Shinsuke Nakamura and Bobby Roode ever since they arrived to NXT and how it led to their NXT Title Match at Takeover. 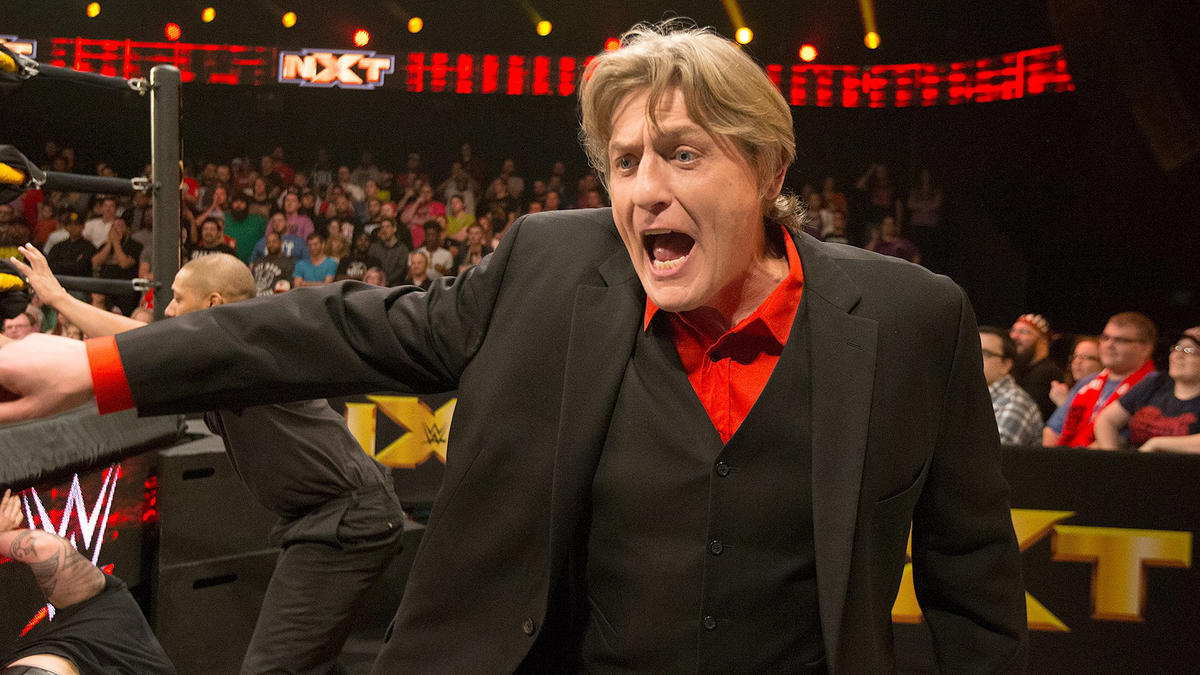 William Regal is in the ring and wants to bring all the participants out for the Women’s Title Match taking place at Takeover. He says he’s been assured by all of them that there will not be a brawl breaking out. Billie Kay and Peyton Royce come out first. Billie says they’ve told the world they run NXT. They’re going to prove it in San Antonio. We’ve all see the damage they can do to Asuka and Nikki is just crazy. They can’t beat both of them and they owe that psycho Nikki a beating. Billie says that one of them between her and Peyton will walk out the new champion. It’s Nikki Cross’ turn to come out now. Nikki charges the ring like the pitbull she is and Regal has to keep her apart from Billie and Peyton. Asuka is now introduced but she comes sprinting to the ring without music. She chases Billie and Peyton out of the ring and now her and Nikki get face to face and yell at each other. Here come Billie and Peyton back in the ring and now all four women are brawling. Nikki and Asuka dispose of them again and once again face off. Before they can come to blows, here comes security. Asuka won’t be stopped though and is taking out all the security guards with her kicks. Now Nikki does the same but walks right into a massive spinning heel kick from Asuka. Security now manages to drag Asuka out of the ring, but Nikki gets up and goes to the top rope and dives onto everyone. That was fantastic. Billie and Peyton look on in fear from the top of the ramp. The crowd popped big for that and gives a big NXT chant as our show comes to an end.

I will be at Takeover live in person, so please feel free to say what’s up if you will be there. I will also be at the Royal Rumble, so do the same there. I’ll be back next week for all the fallout, so until next time, don’t do anything I wouldn’t do. But if you do, name it after me.