The women’s elimination match is finally official for Survivor Series. For the past four weeks, we had no idea who was on Team NXT, but then it was revealed on the NXT Takeover post-show by captain Rhea Ripley. The NXT women’s team will be Rhea Ripley, Toni Storm, Candice LeRae, Io Shirai and Bianca Belair. I picked Team NXT in the women’s match in our preview and I’m sticking with that.

The NXT men’s team in the elimination match is still unknown. It will be revealed by Shawn Michaels during the two-hour Survivor Series Kickoff Show.

In other Survivor Series news, Pete Dunne won a triple threat match at Takeover last night, so Adam Cole will defend the NXT Title against Dunne tonight at Survivor Series.

That means the Survivor Series lineup looks like this.

No Holds Barred for the WWE Championship: Brock Lesnar (c) vs. Rey Mysterio

* Kevin Owens appeared at Takeover last night as part of Tommaso Ciampa’s team. Does this mean that Owens is full time NXT now like Finn Balor? The answer is we don’t know, but we should know more tonight at Survivor Series, possibly more will be known on Raw and of course, Wednesday on NXT as well.

When Triple H was asked about Owens on their media conference call, he didn’t give a direct answer about what show he’ll be on. In other words, watch the shows to find out.

Owens tweeted this, which are the alphabetical order numbers of the letters N-X-T.

It seems to me that it would mean Owens is NXT now. They could easily substitute him on Team Raw tonight with a guy like Andrade or somebody else. They could go for a surprise name and put a returning John Morrison in that spot too.

* We also found out when the next NXT Takeover will take place. In past years, WWE held a Takeover event during Royal Rumble weekend, but this year they are changing things up. 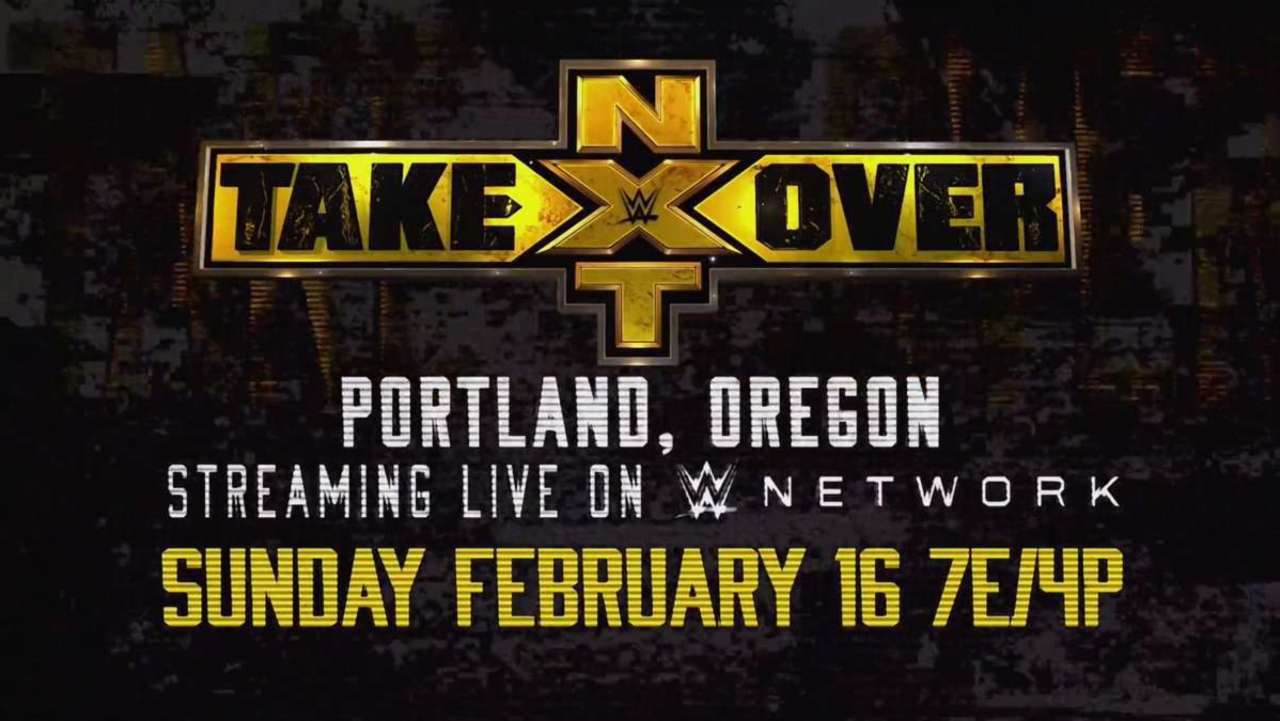 As you can see there, it’s going to be Sunday, February 16 in Portland, which means it’s a 4pm start time locally and 7pmET for those of us in the east coast. Takeover events usually took place on Saturday nights, so it’s interesting to see them going for a Sunday start time. I think Sundays are more traditional for wrestling fans, so it should do well. There’s also a Takeover on Saturday, April 4 during WrestleMania weekend, so that means they will have less than two months before Takeover events.

The Raw and Smackdown rosters have PPVs around that date, but nothing is announced for February yet and it may remain that way. They have Royal Rumble on January 26, Elimination Chamber is on March 8 and WrestleMania is April 5. It doesn’t appear like there will be a February PPV this year.

* The Steve Austin “Broken Skull Sessions” interview with The Undertaker debuts on WWE Network tonight after Survivor Series, which will probably end around 11pmET or so. Maybe before that. Anyway, if you don’t see the interview live, it will be on-demand on WWE Network.

The interview will run for 98 minutes (1 hour, 38 minutes) according to WWENetworkNews, who already has a review up.

Here’s a new preview clip with The Undertaker talking about his transition to the “American Badass” character that Undertaker used from May 2000 until November 2003. He returned as the traditional “Deadman” Undertaker in March 2004.

This interview is going to be so much fun to watch. I really look forward to watching it although I doubt I’ll see it before Monday. I’ll try to write a review about it too.

Goldberg Opens Up On Infamous Match With Bray Wyatt