Another NXT WarGames is in the books and what a memorable show it was. Was it on the level of some of their previous Takeovers? No, but I didn’t expect it to be.

What we got was a pretty good night of wrestling action, some crazy spots, and the end of an era. After watching NXT Wargames last night, there are five things I took away from that event.

#5: CORA JADE WITH A STAR-MAKING PERFORMANCE 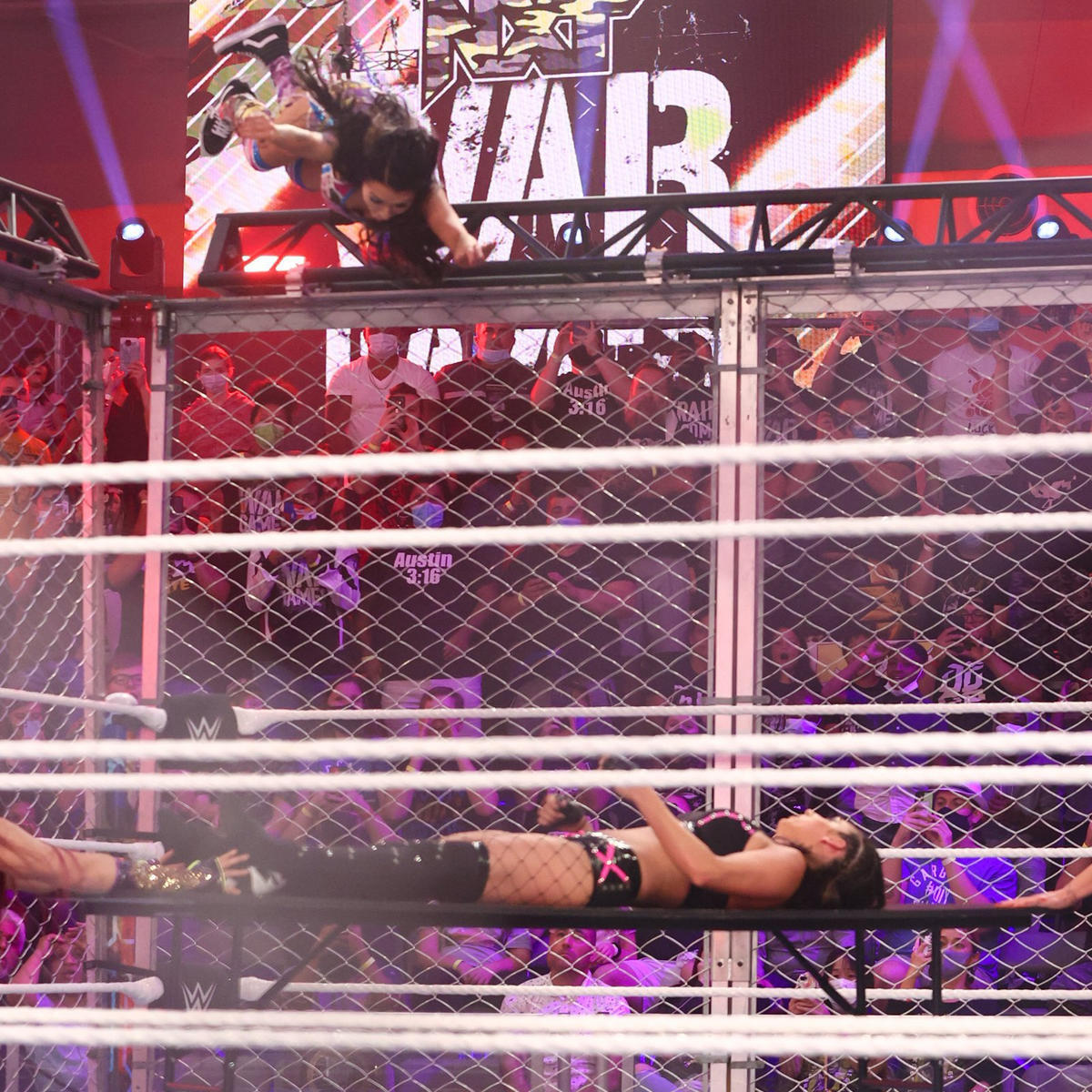 Cora Jade was really the wildcard in the Women’s Wargames match between Toxic Attraction and Dakota Kai and the team of Raquel Gonzalez, Io Shirai, Kay Lee Ray, and Cora Jade. She gives off AJ Lee vibes from when she first got to WWE and that isn’t a bad thing. Cora Jade with the Swanton off the cage, the spot where Io popped her shoulder back into place, to giving Cora Jade the pin. It was clear very early on in the match that the goal was to make Cora Jade the star of the match and she didn’t disappoint. If you missed the dive off the top, check it out below.

Giving Jade the pin on Jayne was a smart move. It also protects Mandy Rose as the NXT Women’s Champion. It also gives Cora Jade that feel-good moment. You’re going to see a lot more from her. Jade’s only 20 years old, but moves like she’s five or six years old with a lot more experience than she has. I look forward to seeing her evolve in NXT 2.0. 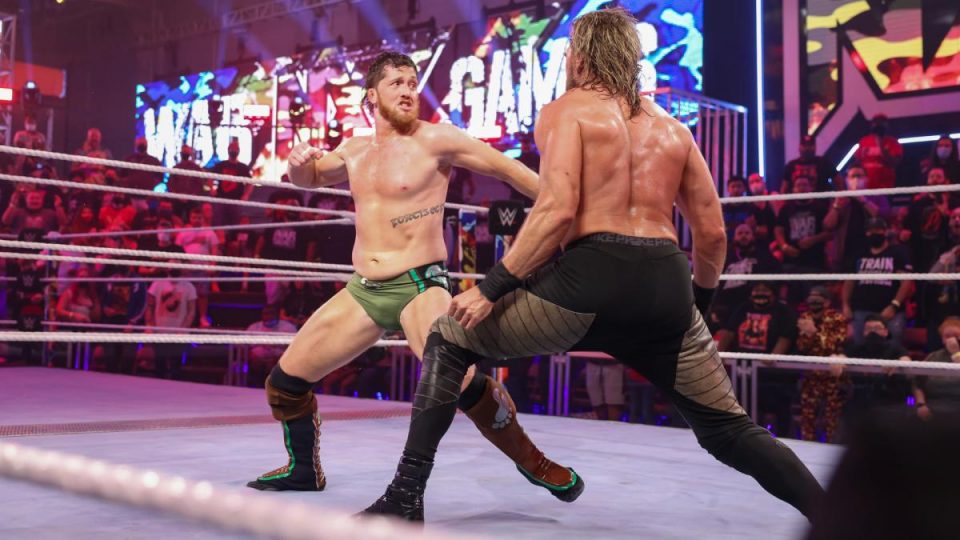 The NXT Tag Title match between the team of Kyle O’Reilly and Von Wagner and Imperium was better than I expected. Von had his moments where he looked a little lost. He held his own, however, in a pretty good contest. Imperium retains the NXT Tag Team Titles with the pin on Kyle O’Reilly. Afterwards it seemed to be a sendoff until Von Wagner tried to attack Kyle. KOR ducked and proceeded to punk Von Wagner out while flashing the old Undisputed Era hand sign. Later in the night, O’Reilly challenged Von Wagner to a Steel Cage match on NXT. That will probably be Kyle’s swan song in NXT.

Do I expect Kyle to stay in WWE? No, I do not. I’m sure it is possible. However, I feel joining AEW and reuniting with Bobby Fish and Adam Cole is probably the route he will take. It’s weird because when Adam Cole turned on him earlier this year, many assumed Kyle would get this big push and win the NXT Title. He had a great rivalry with Cole, but that push didn’t really pan out. He still gave four great years to the NXT brand. Thank You, Kyle O Reilly. 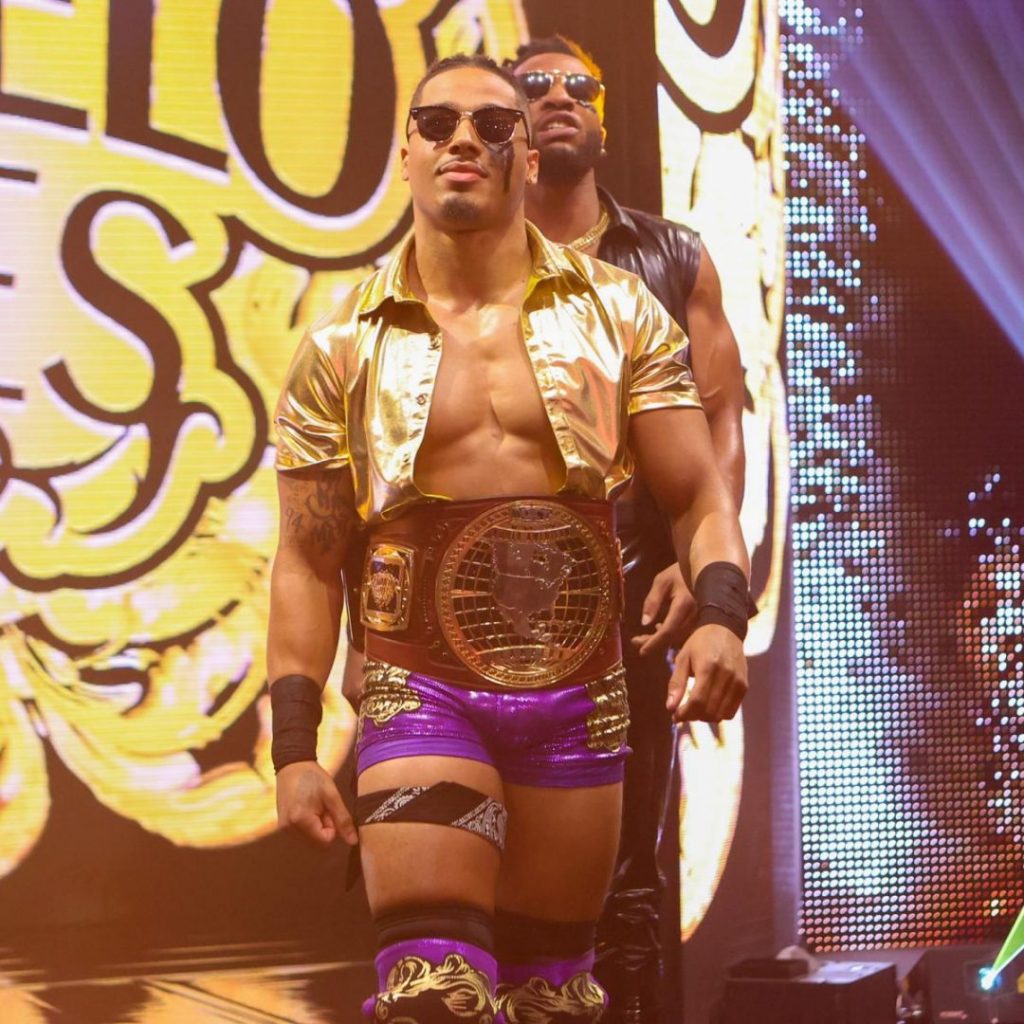 One thing you will notice in the Men’s Wargames match is how head and shoulders above all the new guys Carmelo Hayes and Bron Breakker are. Carmelo Hayes has that IT factor. He can work, he can talk, he has confidence, and he has the crowd with him. If he is still in NXT by this time next year I will be shocked.

Hayes got the Arn Anderson spot of starting the Wargames match for Team 2.0. That should tell you the confidence they have in him. He reminds me of a mixture between Shawn Michaels and The Rock. I know people say his size will hurt him on the main roster. Like Johnny Gargano, I think Carmelo is one of those guys that can make them forget he’s not six feet tall. He just has that charisma that jumps off the screen.

I think he could get over as a heel or a face just based on his promo ability. Trick Williams is a nice addition to his heel act, but I think Melo is just as good on his own. Melo is still the NXT North American Champion, but don’t be surprised if he is on the main roster after Wrestlemania 38 in Dallas.

#2: BRON BREAKKER IS THE GUY 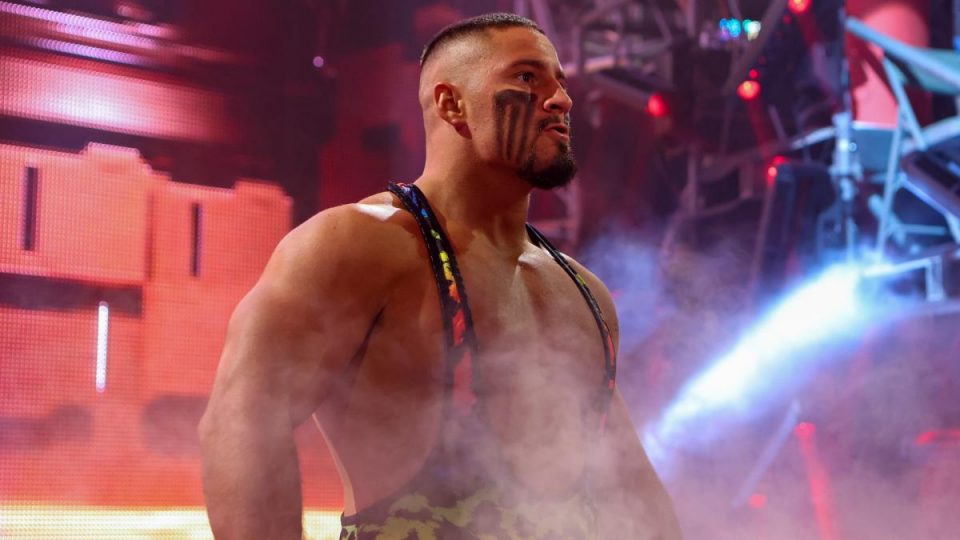 You know how I mentioned Carmelo Hayes? Well, Bron Breakker is the next man up for NXT. He has been the star of NXT 2.0 since he arrived in September. It became even more evident last night when he pinned the NXT Champion Tomasso Ciampa to win Men’s Wargames for Team 2.0. I know he was positioned as a heel, but I think he will be a babyface moving forward. The references to his dad and uncle, The Steiner Brothers, are cool, plus he’s got a believable moveset and crowd reactions to him are strong. It is obvious WWE gas a star in the making. Everybody likes guys that made their names on the independent scene before joining WWE. It’s understandable. I think Bron Breakker is one of the first guys that I can remember that came in, basically a WWE project, and has been universally liked and praised online. It is something I don’t think I have ever seen in the age of social media.

Do I think Bron stays in NXT? Like Carmelo Hayes, I’d be shocked if he was there this time next year. Bron pinned Ciampa, so it is obvious they’re going to run that back one more time. Bron Breakker could win the NXT Championship there. I think it is a strong possibility that he enters the Royal Rumble. Could he win it? Who knows. If he wins the NXT Championship, I think he stays in NXT for about Six more months. If he loses to Tomasso Ciampa a second time, it is likely because there are imminent plans for him to join the main roster. I’m honestly not opposed to either scenario. I think he’s got IT. I wouldn’t rule out Bron Breakker being the one that takes the Universal Championship off Roman Reigns. It could be Brock Lesnar, or Drew Mcintyre. I wouldn’t rule out Bron Breakker. At only 24, he has a good ten to fifteen years if he wants it.

#1: THE END OF JOHNNY GARGANO IN NXT?

Much like Kyle O’Reilly, last night appeared to be the end of the Johnny Gargano era in NXT. He came out to his old music, Rebel Heart. Gargano’s gear was a mashup of all of his previous Takeover attires. He started the match with Carmelo Hayes. The whole vibe gave the impression last night was his NXT swan song. Now here is where it gets different than Kyle’s send off. Even though Team Black and Gold lost the match, Johnny Gargano cut a promo after the show. It is a promo that the WWE social media team shared on Twitter and Youtube (you can see it above). In that promo, Gargano seemed to allude to his contract situation by saying he will tell us everything Tuesday night. What does that mean? Well, regardless, I think Johnny Gargano is done in NXT. WWE offered him a multi-year extension. They didn’t do that so he could remain in NXT. So that is why I think he got a little emotional.

Do I think he stays in WWE? I’m on the fence. I’m leaning toward yes simply because they’re giving him time to address his situation on NXT. It is something they generally don’t do. I know they did it with Dean Ambrose but they announced months before that that he wasn’t renewing his contract. Also, pretty much all the promos he cut about his future were done after the show in WWE Exclusive features. For them to promote Johnny addressing his future, it tells me that he might be staying. He’s still not staying in NXT. I believe that era is done after Tuesday. I do think he will take time off. He has a baby on the way and probably wants to be there for that. When he returns, I think it will be on the main roster. Of course, he could cut his promo on Tuesday night and eight days later show up in AEW. Anything is possible but without Johnny Gargano, I don’t think NXT gets to where it got before 2.0. He earned the name Johnny Takeover and I look forward to seeing what he does next.

It was a pretty good NXT Wargames show. The Men’s Wargames was probably better than the Women’s but I think all the competitors in the two matches delivered. It was a star-making performance for Cora Jade and Bron Breakker. Roderick Strong retained his Cruiserweight Title, Duke Hudson got a buzz cut.

NXT 2.0 can be pretty hit and miss, but there are a lot of up-and-coming talent that are making the most out of their time. I think in six months, we will have a pretty good indication of how well this NXT 2.0 experiment is working. For now, I’m invested. Until next time.