Welcome back TJR readers! Did you spend all day Friday trying to find women for a tag tournament, and missed WWE Smackdown? Perhaps you spent all day Monday hugging and protecting your children, and missed Raw.

Worry not for I have returned with another edition of The Top Ten Wrestling Stories of the Week.

Nikkita Lyons was forced to pull out of the NXT Women’s Breakout Tournament this week. Lyons, who was a favorite to win it all, unfortunately suffered a partial MCL tear while training. Lyons will luckily not require surgery, and should not miss that much time. Tiffany Stratton took Lyons’s place in the tournament, and went on to defeat Fallon Henley to go to the finals of the tournament. Lyons will unquestionably “Breakout” regardless of being in the tournament or not, as she has way too many ASSets not to. (ITRWrestling)

9. WWE to return to Saudi Arabia on November 5th

Ric Flair may have decided to retire a few months too early. This week it was announced that WWE will be returning to Riyadh Saudi Arabia for Crown Jewel on November 5th, 2022. Crown Jewel will be yet another big show planned for 2022 and it will be WWE’s second Saudi Arabia show this year. The Saudi Prince actually considered booking Flair for the show but changed his mind when he found out he could not face Dusty Rhodes.

With AEW-NJPW Forbidden Door being less than a month away, NJPW stars invaded AEW Dynamite this week. During the ROH Tag Team Championship match between FTR and Roppongi Vice, NJPW United Empire members Jeff Cobb and Great-O-Khan suddenly stormed the ring. Khan and Cobb then proceeded to take out both teams, before standing tall with the ROH Tag Titles. Great O-Khan is not related to AEW CEO Tony Khan, WWE President Nick Khan or Lord of the Jungle Shere Khan. (TJRWrestling)

7. Bobby Lashley to Face MVP and Omos at Hell in a Cell

If you were sad that the Omos and Bobby Lashley feud was over, boy do I have some good news for you! This past Monday on Raw, Lashley faced MVP with the winner getting to pick the stipulation for the Lashley vs. Omos match at WWE Hell in a Cell. The finish of the match saw MVP win via countout, while Lashley was busy fighting Omos on the floor. Later it was announced by MVP that Lashley will have to face both MVP and Omos in a handicap match at Hell in a Cell. This should not be confused with the normal handicap that every wrestler naturally faces while wrestling Omos. 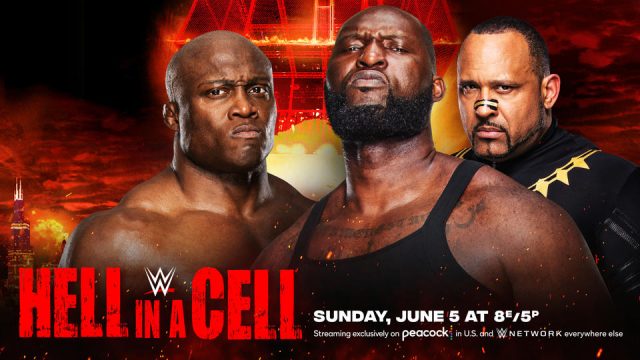 6. Two More Title Matches Added to NXT In Your House

It would not be a Top Ten list without the obligatory name change. This week it was NXT Superstar LA Knight whose name was changed. Knight appeared on Smackdown last week in a backstage segment with WWE Official Adam Pearce. Knight let Pearce know that his name was Max Dupri, and he had a male modeling agency. Dupri went on to say that former WWE official Sonya Deville had hired him to a contract on Smackdown. It will be interesting to see where a male modeling agency will lead on Smackdown but worry not faithful readers as I have no plans of making a career change.

4. Becky Lynch Gets Added to Raw Women’s Championship Match at Hell in a Cell

Bianca Belair is now going to defeat two women if she wants to defend her Raw Women’s Championship at WWE Hell in a Cell on June 5th. This past Monday on Raw, Becky Lynch once again faced Asuka. This time however, the stipulation was that if Lynch won she would get added to the Raw Women’s Championship Match between Asuka and Bianca Belair at Hell in a Cell. In the end, Lynch was victorious, making the Hell in a Cell Match now a Triple Threat Match. So tune into Hell in a Cell on June 5th to see who walks away with the title, while the other two women will likely have to join forces so WWE has enough teams for a tournament. (TJRWrestling)

Sasha Banks and Naomi will not have to worry about retrieving their Tag Titles from John Laurinaitis’s desk. This past Friday on Smackdown, Michael Cole announced that Banks and Naomi have been suspended indefinitely for walking out of Raw. Cole also announced that Banks and Naomi have been stripped of the WWE Women’s Tag Team Championships, with a tournament to be held to crown new champions. To add insult to injury, WWE also removed all of Naomi and Banks’ merchandise from WWEShop.com as well as removed them both from the “Then. Now. Forever.” graphic that plays before each show. It is unclear if Banks and Naomi will ever return to the WWE, or if Laurinaitis will be shopping for black garbage bags soon. (TJRWrestling)

It's a true honor to be your new @WWE Women's Tag Team Champions. It's my first time holding this title. #AndNewhttps://t.co/U9xBEjUdnppic.twitter.com/h2mdax9DCn

2. AEW Double or Nothing to Take Place This Sunday

AEW’s next PPV titled Double or Nothing is scheduled to take place this Sunday at 8PM ET. Normally at this time, I would go over the entire card, but currently, the show has a whopping 11 matches scheduled. Some of the featured matches on the show include Samoa Joe vs. Adam Cole in the Finals of the Men’s Owen Hart Cup Tournament, as well as Britt Baker vs. either Ruby Soho or Kris Statlander in the Finals of the Women’s Owen Hart Cup Tournament. Thunder Rosa will defend the AEW Women’s Championship against Serena Deeb. And in the Main Event, CM Punk will try to capture the AEW Heavyweight Championship from Adam Page. This show will undoubtedly be good, but also will likely be very long. Luckily for American fans, most of them will not have to work on Monday morning due to Memorial Day. As for the fans in other countries, well quite frankly we are Americans and don’t care about other countries. (TJRWrestling) 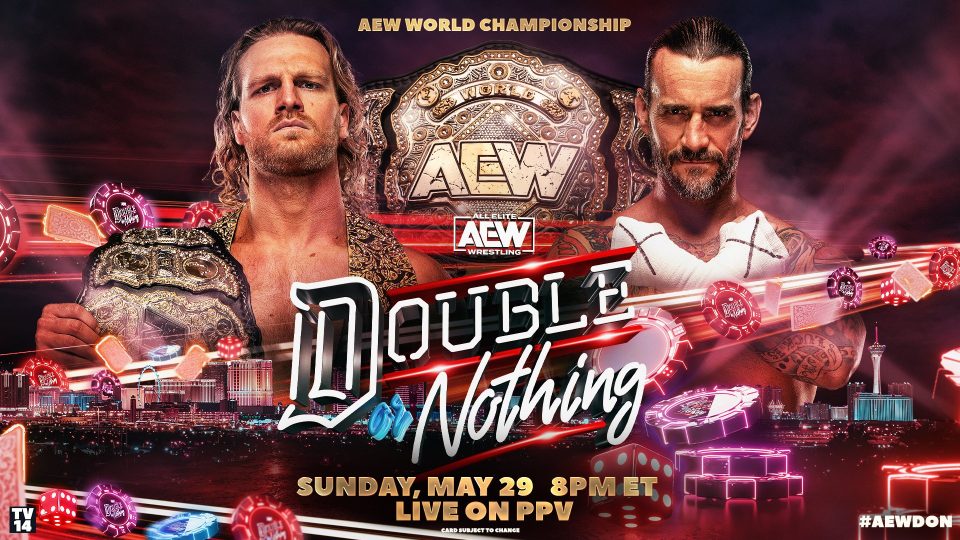 After months of teasing it, WWE finally pulled the trigger on unifying the Tag Team Championships this week. This past Friday on Smackdown, The Usos defeated RK-Bro to unify the Smackdown and Raw Tag Team Championships. The finish saw WWE Undisputed Universal Champion Roman Reigns interfere in the match, helping his cousins get the win. Reigns and The Usos then continued their attack on RK-Bro, before standing tall with all six titles to end the show. With this win, The Usos unquestionably have reason to celebrate, although I have a feeling Jimmy Uso was not showing off all his title belts once he got home. (TJRWrestling)

Unstoppable. Undisputed.
From Day One.
Acknowledge Us. ☝🏽@WWEUsos@HeymanHustlehttps://t.co/wBXd0vFBLU

That concludes another edition of The Top Ten Wrestling Stories of the Week. Thank you for taking the time to read this each week. Although I often joke, I have recently started refereeing with NYCW and respect more than ever what wrestlers do every week. I wrote an article all about it all right here. If you like what I do, despite my jokes being almost as bad as a trip to the gas pump, then follow me on Twitter @Fowlerwrestlin1.