Welcome back TJR readers! Did you spend all day Friday figuring out how to blow 43 billion dollars, and missed WWE Smackdown? Perhaps you spent all day Monday recovering from Greek Orthodox Easter, and missed Raw.

Vince McMahon continued playing the name game this week. This past Monday on Raw, Tommaso Ciampa officially lost his first name, and now will be known as just Ciampa. The name changes continued on NXT, with a vignette of Kay Lee Ray airing. In the vignette, Ray stated that she must resurrect her past, and will now be called Alba Fyre. All the name changes are reportedly due to Vince McMahon putting out a decree that Superstars can no longer use their real names or ones they have used in other companies. We will have to wait and see if this means that Vince will finally change Shane McMahon’s name to Shane Notmyson.

This year it will be the women’s turn to try to break out in NXT. In both 2019 and 2021, NXT held a Breakout Tournament for the men, with the winner getting a title shot of their choosing. This week it was announced that it will be eight women competing in the tournament this year. Lash Legend, Arianna Grace, Kiana James and Sloan Jacobs have already been announced for the tournament, with four more women to be announced soon. Arianna Grace is actually the daughter of former WWE superstar Santino Marella, although Arianna’s aunt Santina is not expected to be entering the tournament. (TJRWrestling)

8. Deonna Purrazo and W. Morrissey to Debut on AEW Dynamite

AEW Dynamite this coming Wednesday night is set to have two big debuts. ROH interim champion Mercedes Martinez will face off against debuting ROH Women’s Champion Deonna Purrazo. Also after Wardlow defeated Lance Archer this past Wednesday on Dynamite, MJF announced that he has another challenger for Wardlow. MJF told Wardlow that he is “going up against a man that is smarter than you. Who is stronger than you. And who is taller than you. And you can’t teach that.” MJF was likely referring to W. Morrissey (formally Big Cass), as Dean Douglas is actually two inches shorter than Wardlow.

It didn’t take Tyson Fury long to announce his post-retirement plans this past Saturday. After Fury successfully retained his WBC World Boxing Championship against Dillian Whyte in front of 94,000 fans In Wembley Stadium, Fury announced that he was retiring from boxing. During the post-fight press conference, Fury was asked if he would be appearing at the WWE UK Show in Principality Stadium in Cardiff, Wales in September. Fury responded by saying: “Don’t rule me out of fighting there. You might see me at SummerSlam coming up soon.” Fury defeated Braun Strowman in Saudi Arabia at Crown Jewel, and has been rumored to possibly be a future opponent for Drew McIntyre. McIntyre may also fight Mike Tyson in the future, assuming he can get on the same plane ride as him. (TJRWrestling)

Biggest win of his career and he can't keep my name out his mouth. You have our number, @Tyson_Fury! https://t.co/iANR0pbH8F

Mustafa Ali decided that if he cannot get fired, he might as well show up to work this week. After being away for over six months, Ali appeared this past Monday on Raw. Ali appeared in a segment with The Miz and Theory, which ended up turning into a match between Ali and The Miz. Ali was able to pick up the win but was then attacked after the match by Ciampa. Ali requested his release from WWE last January, with “#FreeAli” actually trending on Twitter. In related news, 20 superstars asked for their release from WWE this week in hopes of job security. (TJRWrestling)

5. Edge’s Faction Gets a Name

Edge may only have one member in his faction so far, but the group already has a name. During a backstage promo this past Monday on Raw, Edge stated that the name of his stable is called “Judgment Day”. Damien Priest has already joined Edge in the group, with Rhea Ripley and Ciampa rumored to be joining the faction as well. “Judgement Day” was also the name of a yearly WWE PPV Event that occurred for several years. Edge reportedly considered using another old PPV name for his stable, but “Great Balls of Fire” didn’t really fit. 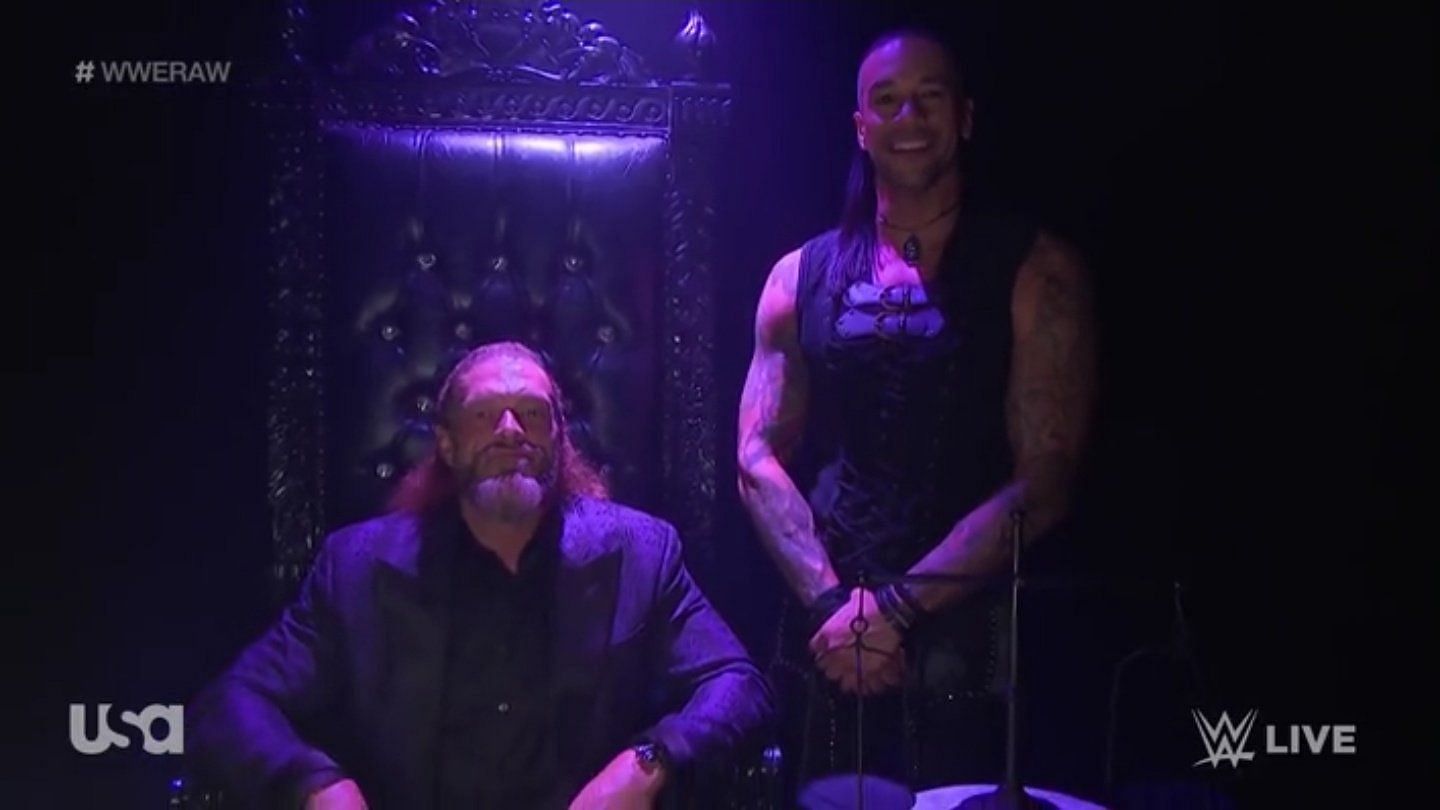 This past Monday on Raw, Becky Lynch appeared for the first time since losing to Bianca Belair at WrestleMania 38. Lynch stated that she has hit rock bottom, but was about to begin a legendary comeback. Lynch then stated that no one could stop her, so Asuka made her surprise return. Asuka then stated, “I will stop you because no one is ready for Asuka,” before flicking Lynch’s nose. Asuka has been dealing with injuries, and has not been seen in WWE since July. Asuka considered flicking Bruce Pritchard’s nose as well, but was afraid of all the brown stuff that would fly off of it. (TJRWrestling)

2. CM Punk vs. “Hangman” Adam Page Official For AEW Double or Nothing

AEW announced their main event for Double or Nothing this week, and it is a huge one. This week it was announced on Dynamite that “Hangman” Adam Page will defend the AEW World Championship against CM Punk at AEW Double or Nothing on May 29th. Punk gave a promo on Dynamite, promising to fight Page until the wheels come off. Page, unfortunately, was not at Dynamite this week to respond, as he had to miss the show due to Covid-19. CM Punk has wrestled an incredible 18 matches on television since last September, and to the surprise of every other former WWE superstar, none of them were on AEW Dark. (TJRWrestling)

Twenty years is a long time to do anything, but being a WWE Superstar for all that time is even more impressive. This week on Raw, WWE celebrated Randy Orton’s 20-year anniversary with the company. Raw kicked off by showing a video package of the highlights of Orton’s incredible career, while Riddle waited in the ring. Riddle then introduced Orton, who came out to a huge pop. Orton and Riddle were then joined by Cody Rhodes, Ezekiel, Seth Rollins, Kevin Owens and The Usos. This all lead to the main event of the evening, which saw Orton, Riddle, Ezekiel and Rhodes defeat Rollins, Owens and The Usos. The match saw Orton hit four RKO’s including one to Jey Uso to get the win. WWE may have wanted to bring in some of Orton’s former co-workers for the celebration, but a lot of them are on AEW Dark now. (TJRWrestling)

Feels weird to “celebrate” myself, but throughout the week I’ve read your messages and posts and am truly humbled.

A wild 20-year ride with much, much more to come. #WWERaw#OrtonWeekhttps://t.co/kVo7foDKjb

That concludes another edition of The Top Ten Wrestling Stories of the Week. Thank you for taking the time to read this each week. Although I often joke, I have recently started refereeing with NYCW and respect more than ever what wrestlers do every week. I wrote an article all about it all right here. If you like what I do, despite my jokes being almost as bad as a 43 billion dollar purchase, then follow me on Twitter @Fowlerwrestlin1.