What a special WrestleMania 38 Saturday was for everybody who watched it. We had returns, awesome matches, and a night filled with special moments.

I was watching at home and there was not a single match on the card that I felt was wasted. Obviously, the first match of the night between The Usos and Nakamura and Rick Boogs due to the injury to Boogs. I’ve torn my ACL before and as soon as Boogs went down, I knew it was something bad around his knee. They said it was a torn quadriceps and a torn patella tendon. It sucks. Hoping for a speedy recovery. Other than that, It was a pretty special evening that Night Two is going to have a tough time following. 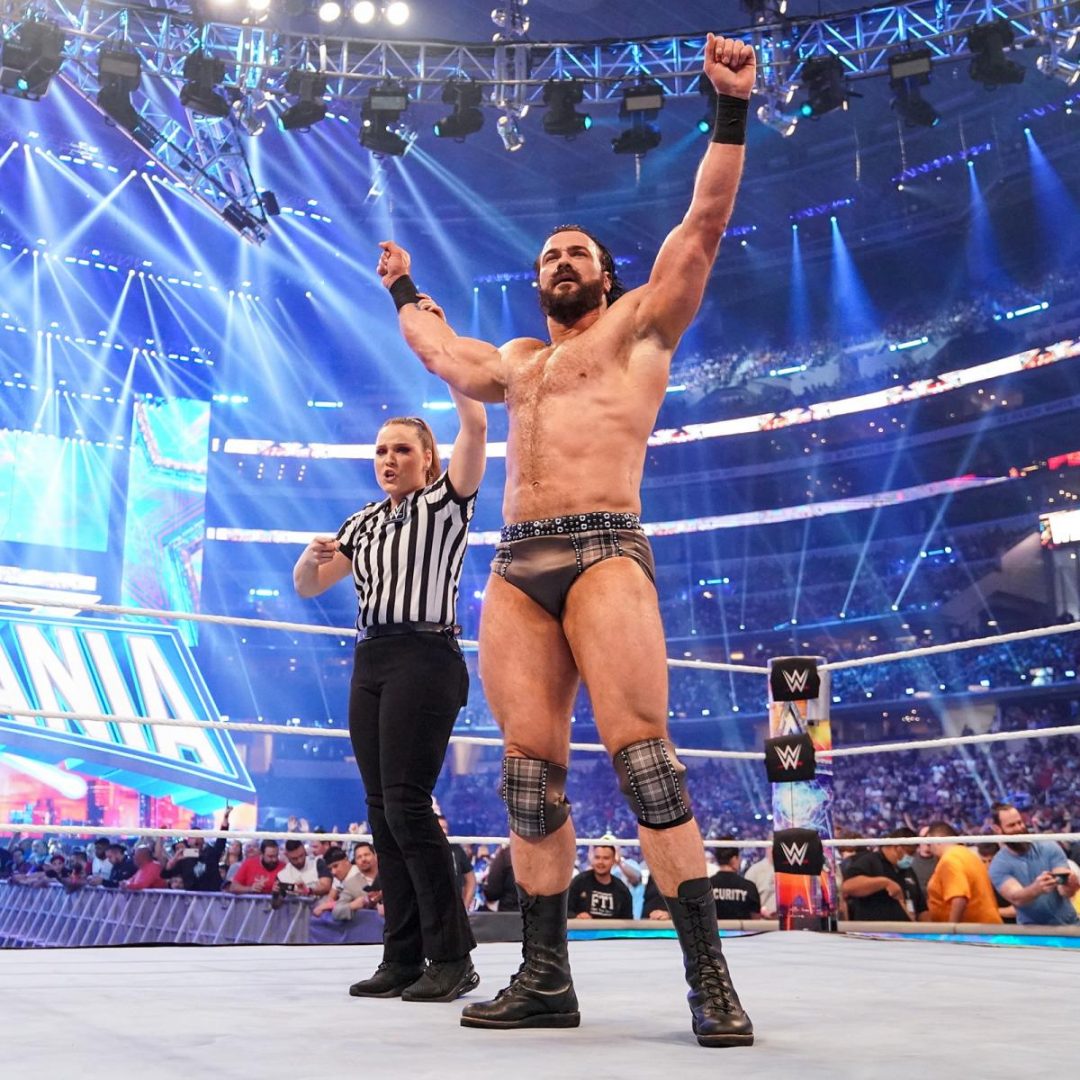 This was a match that, on paper, I was not looking forward to. They have been feuding since back in December when Jeff Hardy was still with the company, and I was ready for them to move on. However, the match far exceeded my expectations. Corbin is a very solid in-ring competitor. People don’t give him enough credit for doing the little things so well. After Madcap Moss won Andre the Giant battle royal on Smackdown, it appears as if they are leaning toward a split between Madcap Moss and Happy Corbin. I think that is a good call. Paul Heyman pegged Moss as a future star, and I can see it. They just have to get him out of those stupid suspenders.

McIntyre did his front flip over the ropes and onto Moss and Corbin. That spot is outstanding, and I’m amazed every time a guy the size of Drew does it. I thought the spot where Drew kicked out of the End of Days was great. I could feel it coming for weeks that he was going to be the first person to kick out of the move and it drew a great reaction from the audience. That’s what happens when you protect a guy’s finish. It draws a great reaction when it is finally kicked out of instead of kicking out of five finishers in every match.

The match was solid, and Drew won with the Claymore, which is another heavily protected finish. I think Drew McIntyre is probably next in line for a Universal Title shot. He should be. He has been the most protected guy in the company not named Brock Lesnar or Roman Reigns over the last several months. 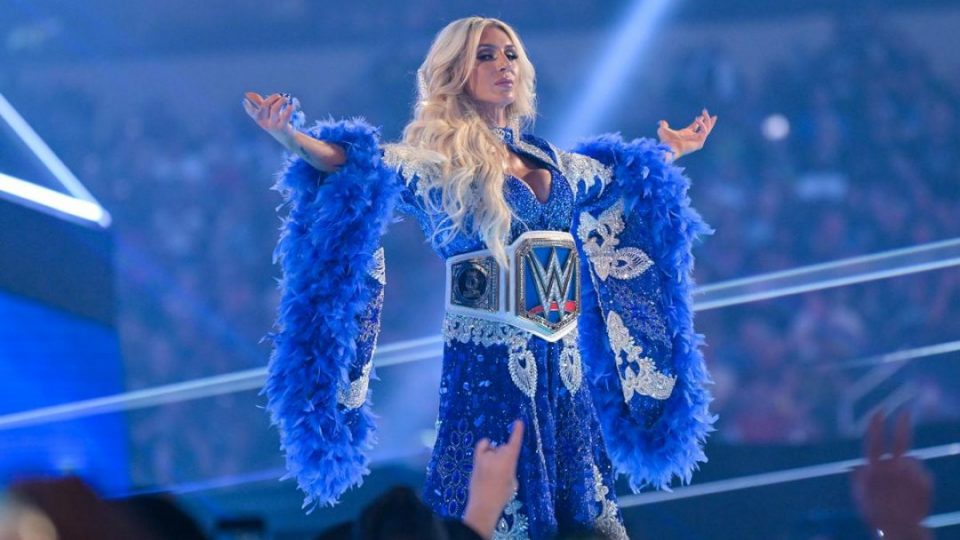 This was another match I wasn’t really looking forward to, but exceeded my expectations. I thought there were some sloppy and mistimed spots but overall, I thought it was solid. Rousey’s first big singles match in three years and I thought she did well. Flair did well selling some of Ronda’s spots. I thought that arm drag from the top rope by Ronda was sketchy. She could’ve torn Charlotte’s rotator cuff with that move. I’m still not a fan of Rousey in this spot, but she showed she belonged once again. The ref bump wasn’t really needed unless there were some shenanigans and there were not. It was just a way for Charlotte to tap and not lose the match.

That’s another thing. WWE, with all due respect. STOP saying Charlotte has never tapped out. She has. Several times. On television. You even aired a Sasha Banks video package earlier in the show that showed her tapping out Charlotte Flair twice. Just say Charlotte “rarely” taps out. It’s accurate and doesn’t make you sound stupid. I thought Flair winning was the right call. Have Ronda be vulnerable. She’s signed for at least another year. There’s plenty of time to get that title on her before her match with Becky Lynch at WrestleMania 39.

#3: BIANCA BELAIR GETS HER REDEMPTION 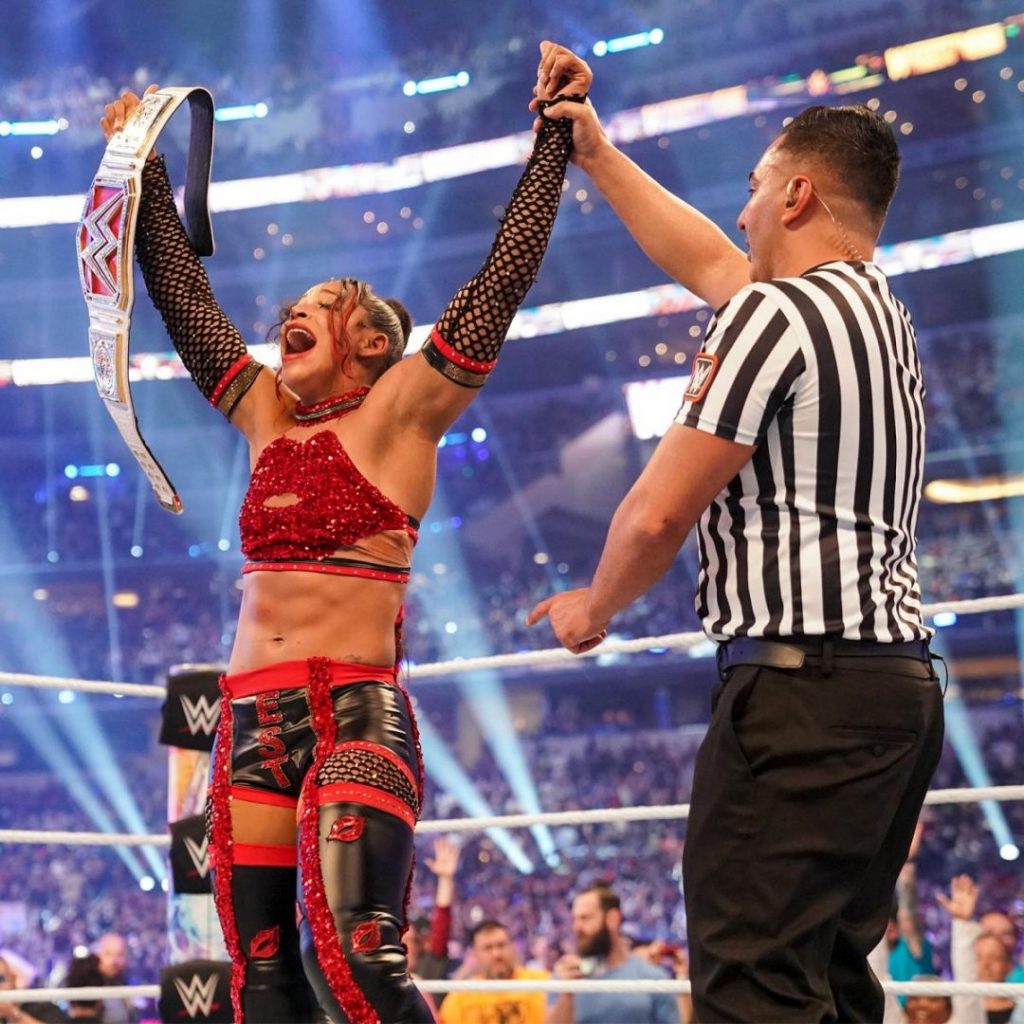 I told everyone. I told everyone back at Summerslam that it wasn’t the end of the world when Becky defeated Bianca in 26 seconds. I said to let it play out. This was the vindication of that story. I don’t know if it was always the long-term plan and I honestly don’t care. They still paid off a story that was eight months in the making. Bianca Belair and Becky Lynch had the match of the night in my opinion. They did the little things so well. Becky hitting the manhandle slam mere seconds into the match and getting about as close to a three as you can get gave me a mini heart attack.

They told an excellent story with Becky using Bianca’s hair again. They had the crowd invested in every single near-fall and that is hard to do in any match. I thought Bianca winning was the absolute right call. They did a great job not having Becky get pinned before this match. I know a lot of people wanted Liv Morgan to be the one and I get it. She’s great. Bianca Belair was the only choice to end Becky Lynch’s reign at the top of the women’s division.

I’m sure they’ll run this back next month and Bianca should win there too. I’m happy for her. Bianca Belair is a star. Nobody can take that away from her. Her last two WrestleManias have been special and I feel like she is only going to get better from here.

Adrenaline in my Soul, we finally got to see Cody Rhodes. The American Nightmare has finally returned to WWE. For weeks, Seth Rollins has needed an opponent for WrestleMania. It was silly, but we all knew it was Cody. Still, I didn’t fully believe it until I heard the music. Giving him his AEW presentation was key. The music, the gear, and the entrance are all essential in making Cody Rhodes who he was. You had to let him keep all that stuff. When I heard “Wrestling has more than one Royal family” I legit stood up out of my chair. It’s moments like that that make me happy to be a fan.

There were so many things I enjoyed. Seeing the enjoyment on Cody’s face. Hearing the crowd’s reaction. The pop was insane. It was easily the pop of the night up to this point. Seth’s reaction as Cody was walking down the ramp was also great. The match was even better. It was probably the second-best match behind Bianca and Becky, but still awesome. Seth had a great line during the match: “Welcome back to the big leagues, bitch!” It was awesome.

They told a magnificent story with every nearfall. There were a few moments in the match where I thought: “Oh no, they’re actually going to make him lose.” I’m glad I was wrong because the crowd wanted Cody Rhodes. I’m legit happy for the guy. 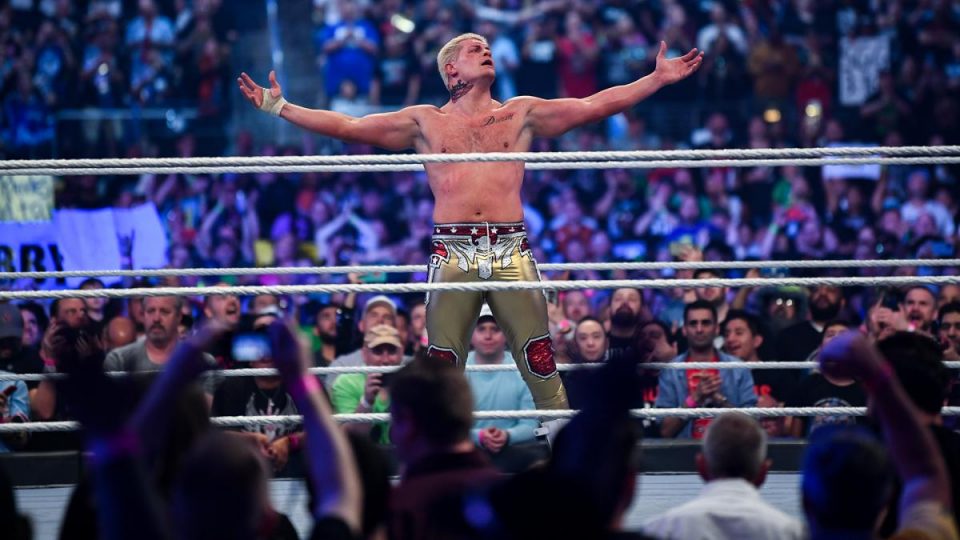 I had some not-so-nice things to say toward the end of his AEW run mostly due to his booking. It seems like a fresh start for him, and he looked happy. That’s all that matters. Welcome back to WWE, Cody Rhodes. The WWE Universe obviously missed you. 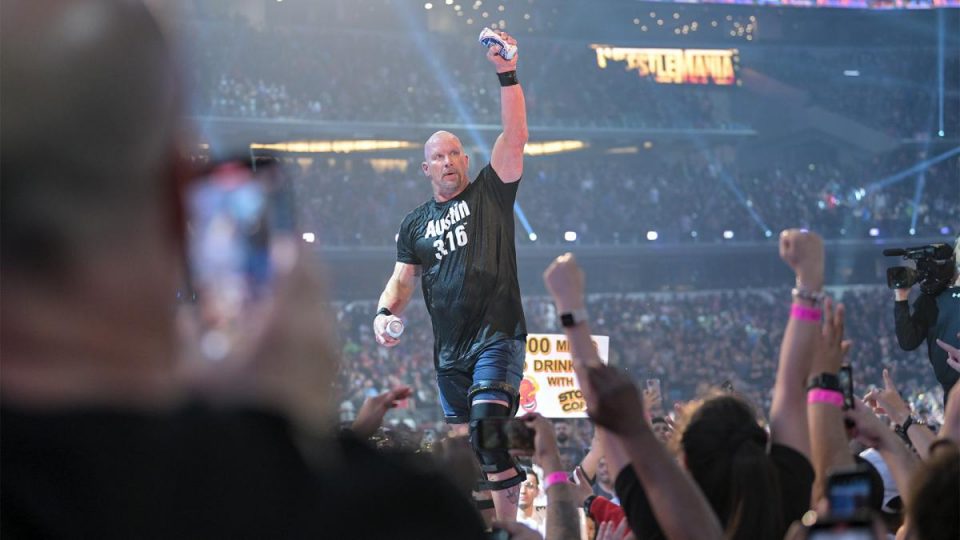 If you told me six months ago that WrestleMania 38 would feature the return of Cody Rhodes and Steve Austin’s first match in 19 years, I would’ve asked you how high you were. Yet here we are. Steve Austin came out for the KO Show, but we all knew that wasn’t going to last. I thought Kevin Owens did a wonderful job holding his own on the microphone with the greatest of all time. The crowd was hanging on every word these two said and when Kevin challenged Austin to a match, the place went nuts.

Steve played off Kevin well here and accepted the challenge. I kind of figured it would lead to a match. WWE wouldn’t close WrestleMania with a talk show if it was only going to be a few punches, a kick, and a Stunner. Steve and Kevin battled through the crowd and Austin took his first real bumps in nineteen years. I jumped up when Austin took that suplex on the floor. I did not expect that one bit. I’m happy for Kevin Owens. Four months ago, people were wondering when his contract was going to be up so he could go to AEW. I think this is a nice reward for signing that new contract. Kevin Owens main evented the biggest show of the year and he did it against a guy he grew up idolizing – a guy a lot of us grew up idolizing. That has to be worth the contract alone to Kevin.

Owens hit Austin with the Stunner, but he kicked out. Owens hitting himself with the chair that bounced off the ropes was a nice spot and call back to when The Rock and Kurt Angle did it. Austin hitting the Stunner and pinfall was expected, but the winner didn’t matter here. It was all about Kevin Owens getting his WrestleMania moment against his idol. That’s all you can ask for and it sent the fans home happy to end the four hour show.

That wraps up Night One of WrestleMania. It was a special night filled with special moments. If I had to personally rank my favorites in order, it would be Cody’s return, Austin vs Owens, and Bianca winning the title. I’m sure others will be different. It was a great night if you’re a fan of WWE. I understand some aren’t and that’s okay. You can’t deny they put on a hell of a show on Saturday night. I’m looking forward to Night Two.